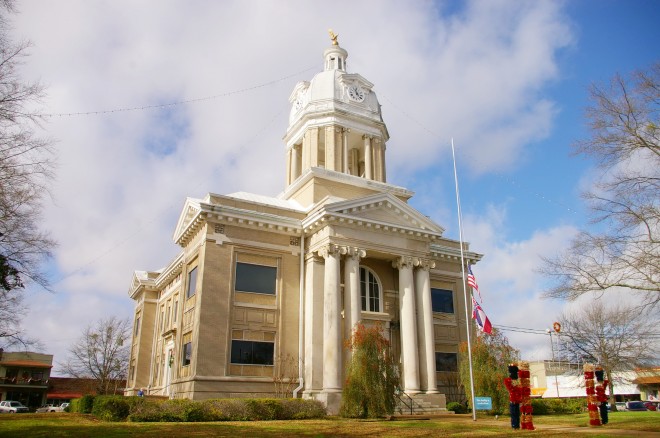 Chickasaw County is named for the Chickasaw Native American tribe and means “rebellion”. 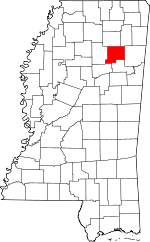 Description:  The building faces east and is a two story buff colored brick, stone and concrete structure. The building is located on spacious landscaped grounds in the center of Houston. The east front has a high portico with four columns rising to a pediment at the roof line. The building forms a “H shape with north and south wings at the east front and west side. On the roof is a large open dome with silver roof and lantern and gold eagle at the top. The courtroom is located on the second story. The building houses the 1st District County Circuit Court of the 3rd Judicial District, County Chancery Court, Couty Youth Court and County Justice Court.

See:  Ruben Harrison Hunt of Chattanooga, Tennessee, the architect, also designed courthouses in Alabama in Talladega County, in Georgia in Elbert County. in Mississippi in Lawrence County and Leflore County and in Tennessee in Hamilton County, Henry County, Polk County and Warren County. 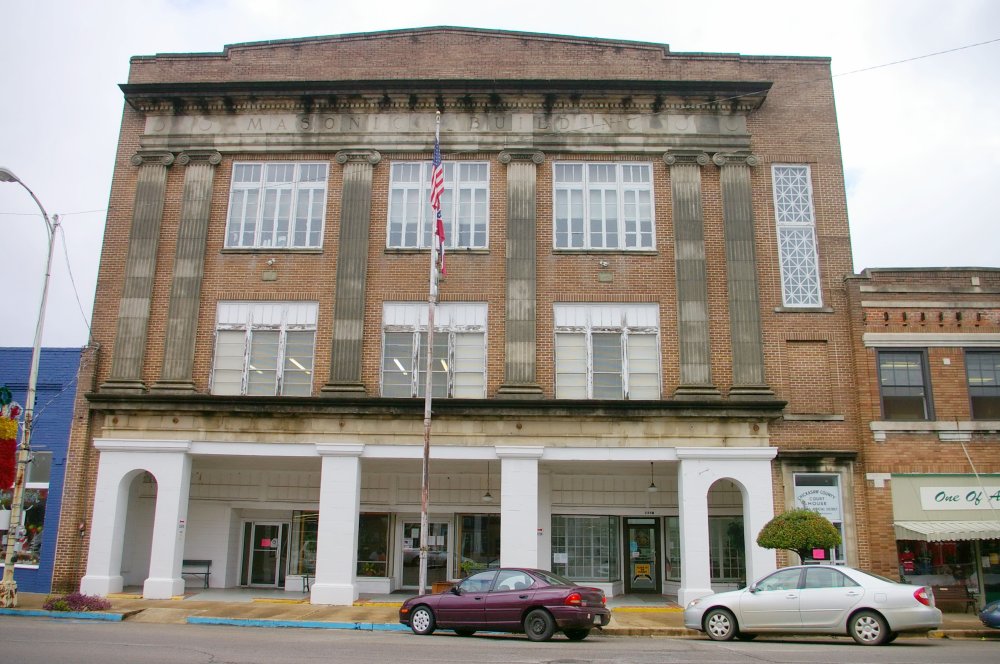 Description:  The building faces south and is a three story buff colored brick and concrete structure. The building is located in the center of Okolona. The south front has a recessed porch on the first story with an arched pillar on either end and two large pillars in the center. On the second and third stories, vertical pilasters rise between the triple set windows. There is a wide horizontal band and cornice below the roof line. On the east sde is a high narrow window. The roof line is flat. The building was formerly the Masonic Lodge. The large courtroom is located on the second story. The building houses the 2nd District County Circuit Court of the 3rd Judicial District, County Chancery Court and County Justice Court.

History:  Okolona was made the second county seat in 1866. The county rented space and in 1924, the first and present courthouse was purchased 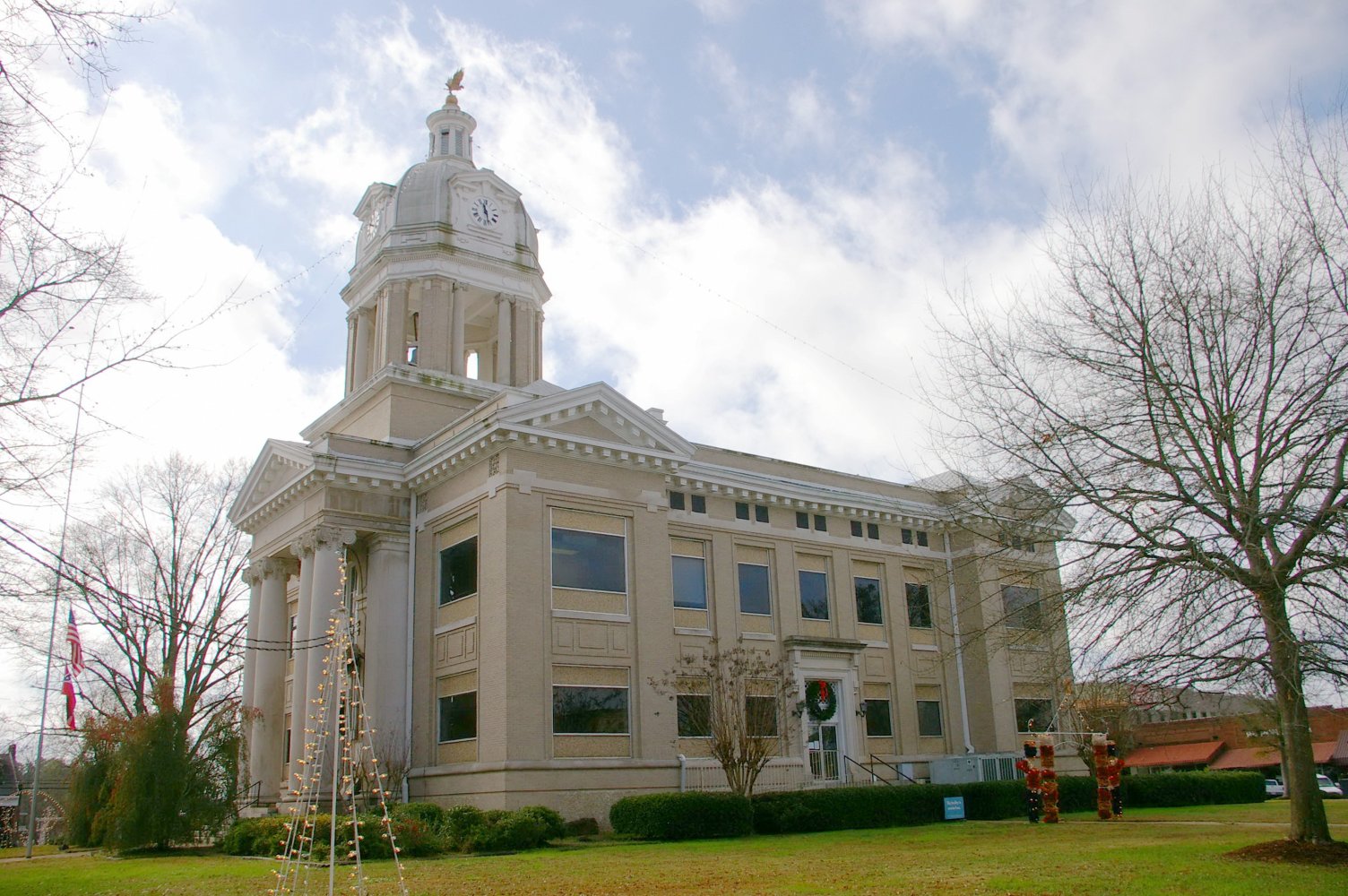 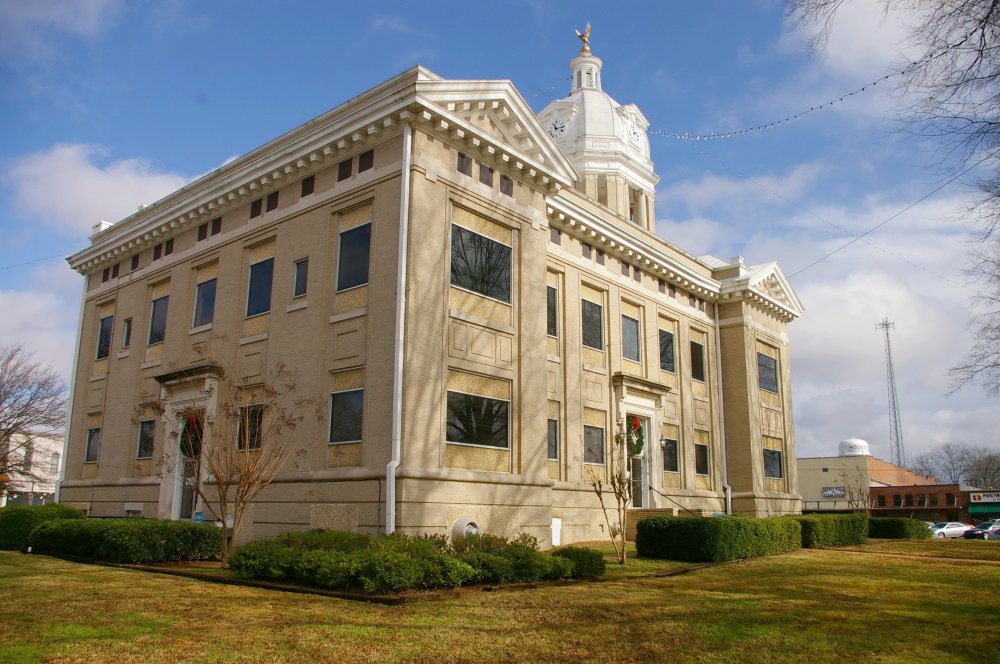 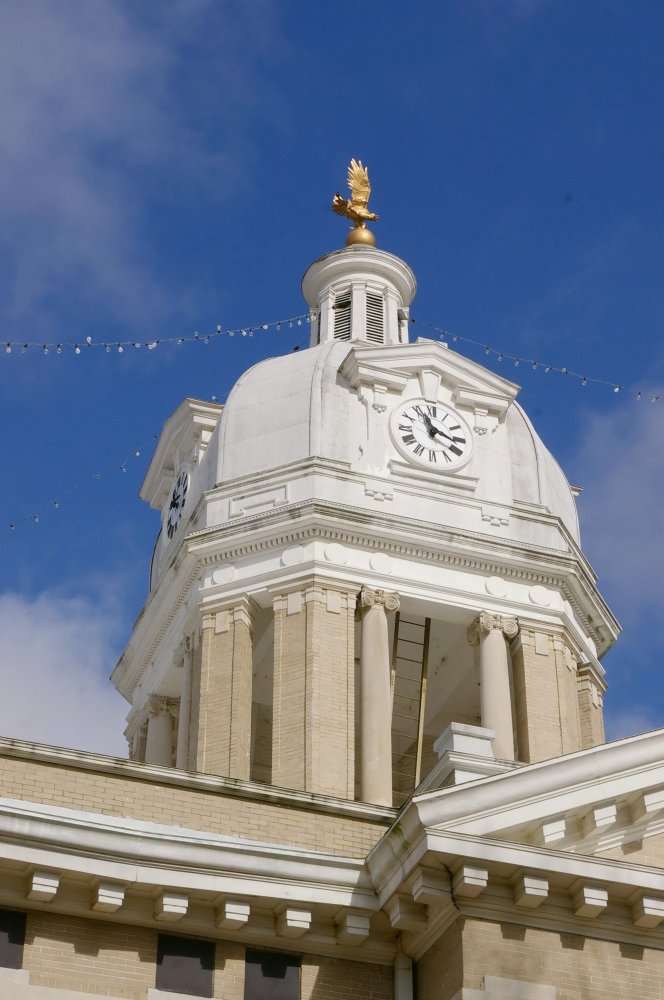 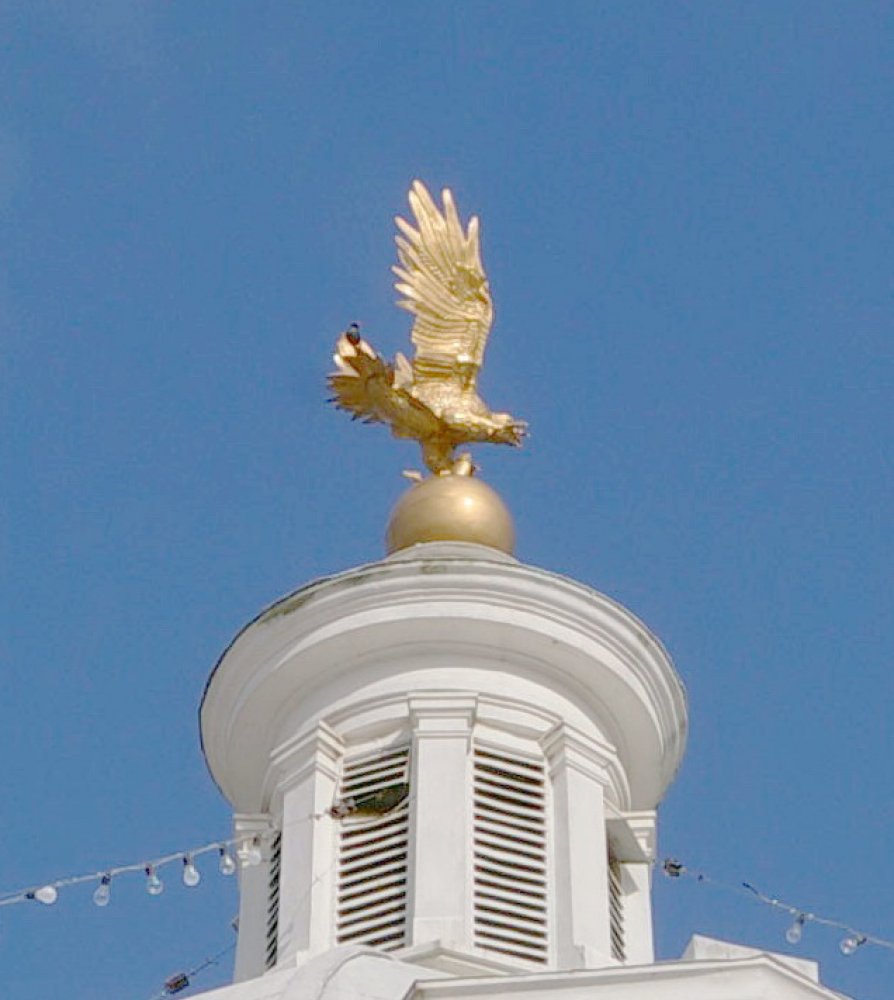 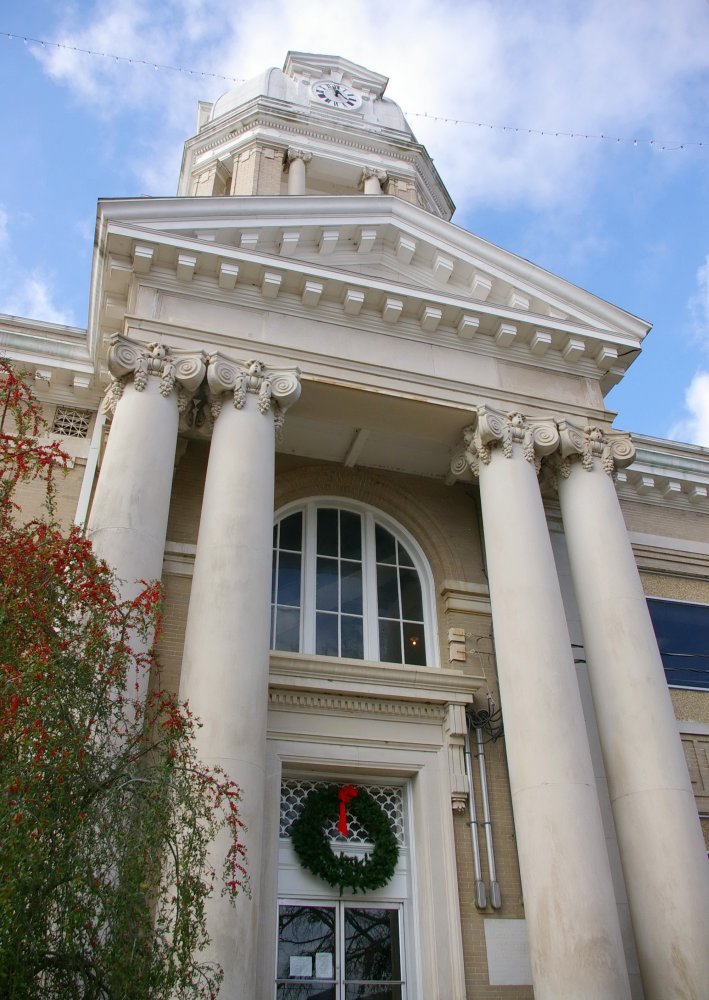 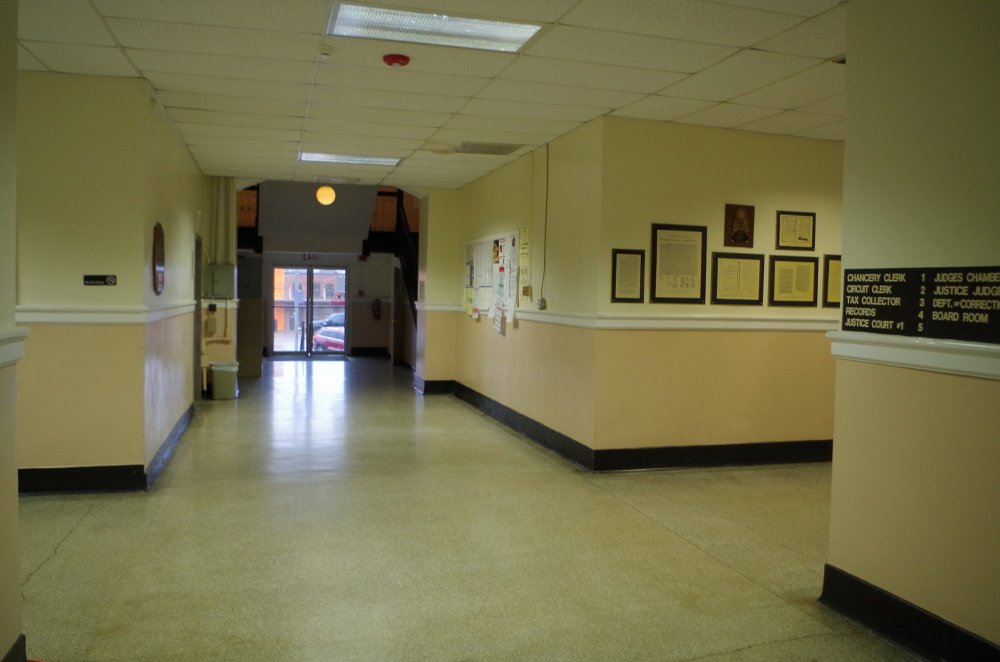 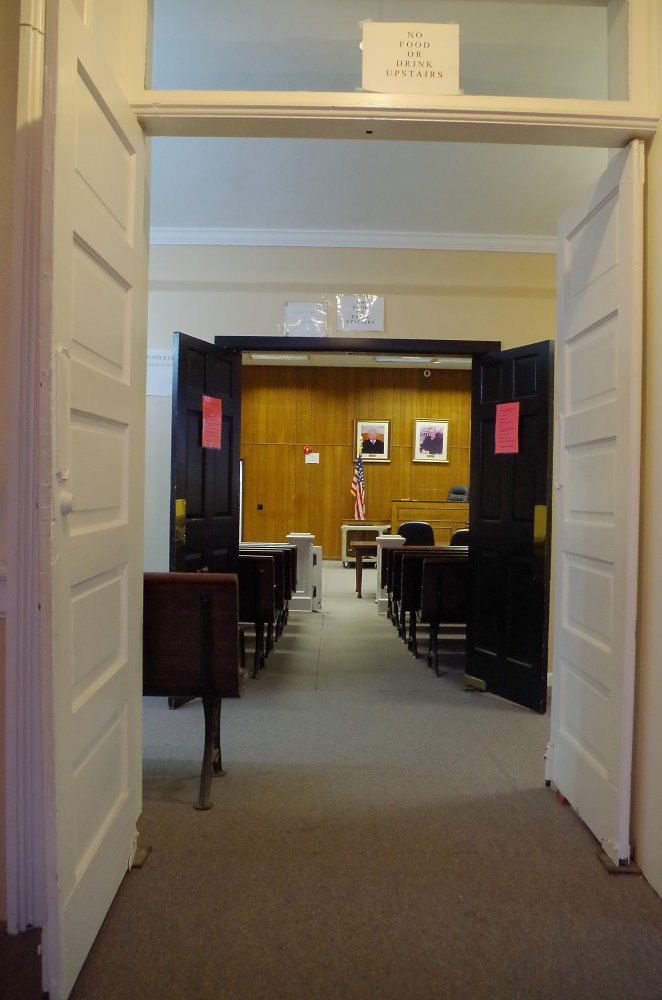 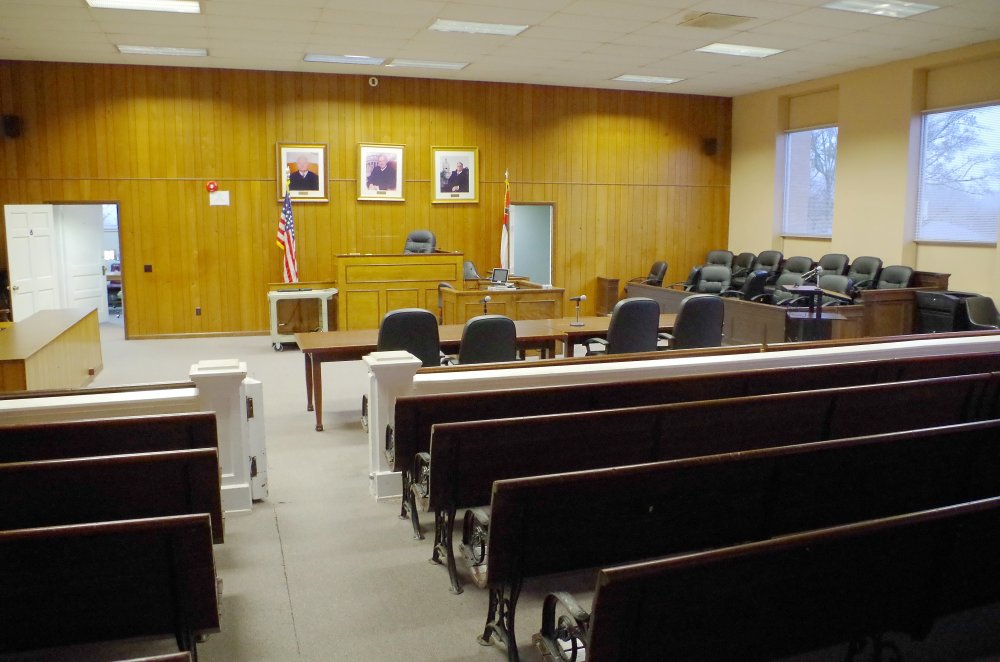