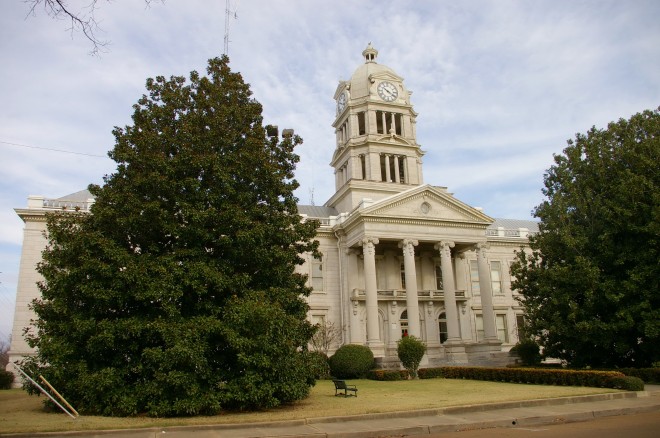 Leflore County is named for Greenwood Leflore, who was the Chief of the Choctaw Native American tribe. 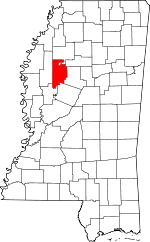 Description:  The building faces south and is a two story gray colored stone and concrete structure. The building is located on landscaped grounds in the center of Greenwood. The south front has a large portico with four columns rising to a pediment at the roof line. The recessed entrances are arched with a small balcony on the second story. On the center of the roof is a large stone dome with colonnaded openings and clock and lantern at the top. The courtroom is located on the second story. The building houses the County Circuit Court of the 4th Judicial District, County Chancery Court, County Court, County Youth Court and County Justice Court. An Annex was constructed in 1925. The architect was Frank R Geoy of Greenwood and the contractor was Estes-Williams Company of Memphis, Tennessee. In 1953, an addition was constructed. The architect was Robert James Moor. In 1974, the building was renovated. The architect was Hall-Burle & Associates.

See:  Ruben Harrison Hunt of Chattanooga, Tennessee, the architect, also designed courthouses in Alabama in Talladega County, in Georgia in Elbert County. in Midssissippi in Chickasaw County and Lawrence County and in Tennessee in Hamilton County, Henry County, Polk County and Warren County. 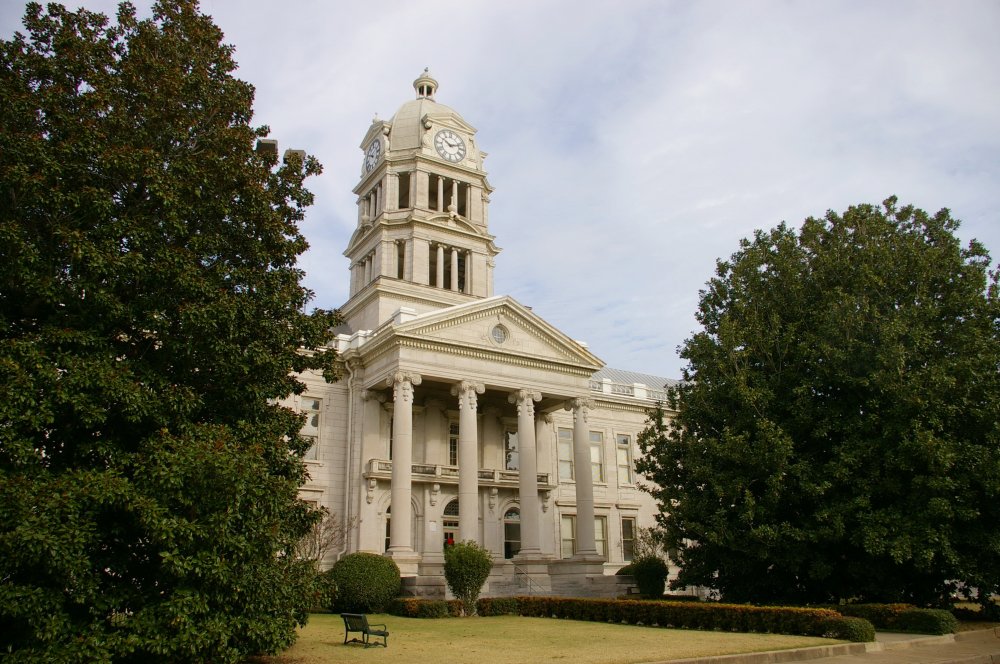 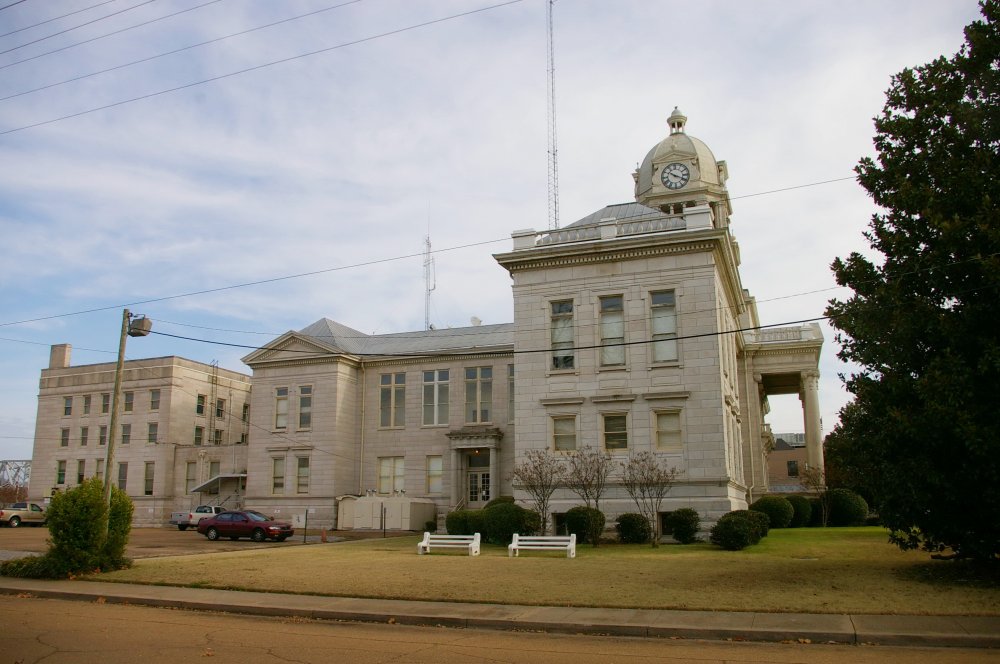 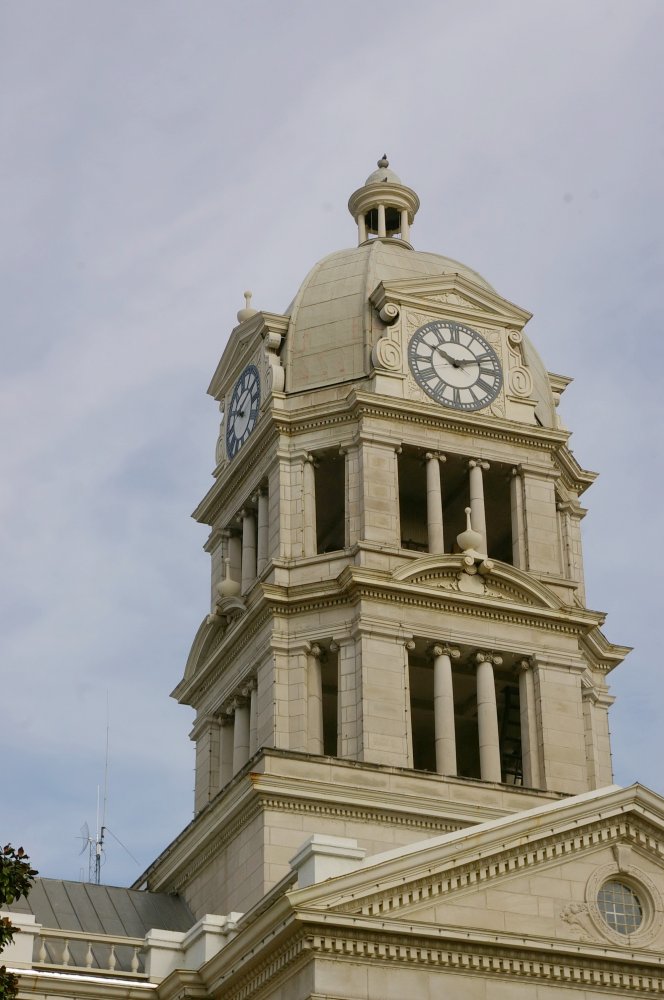 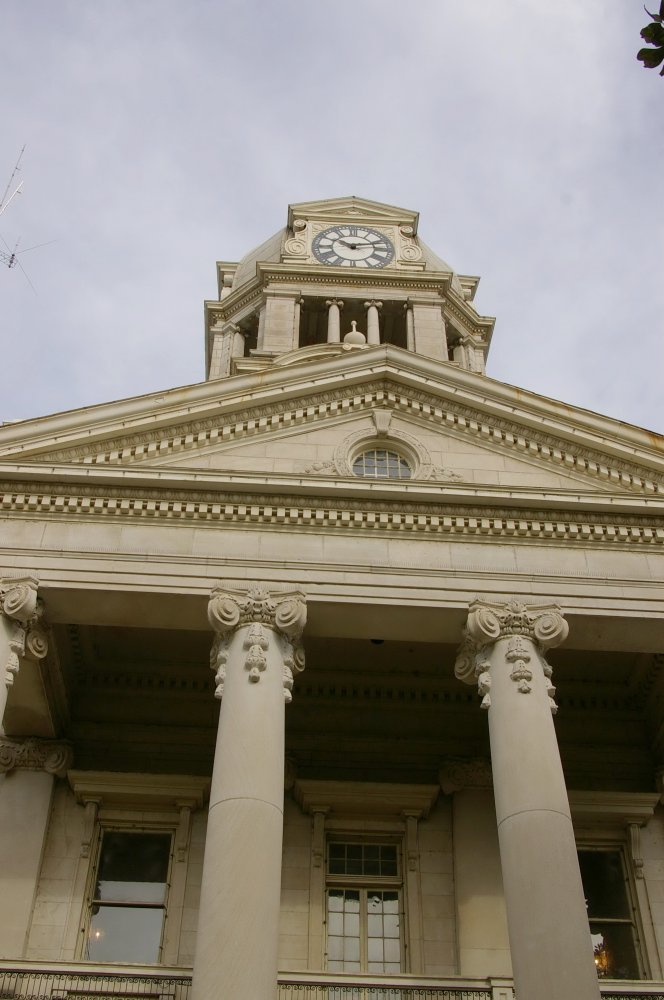 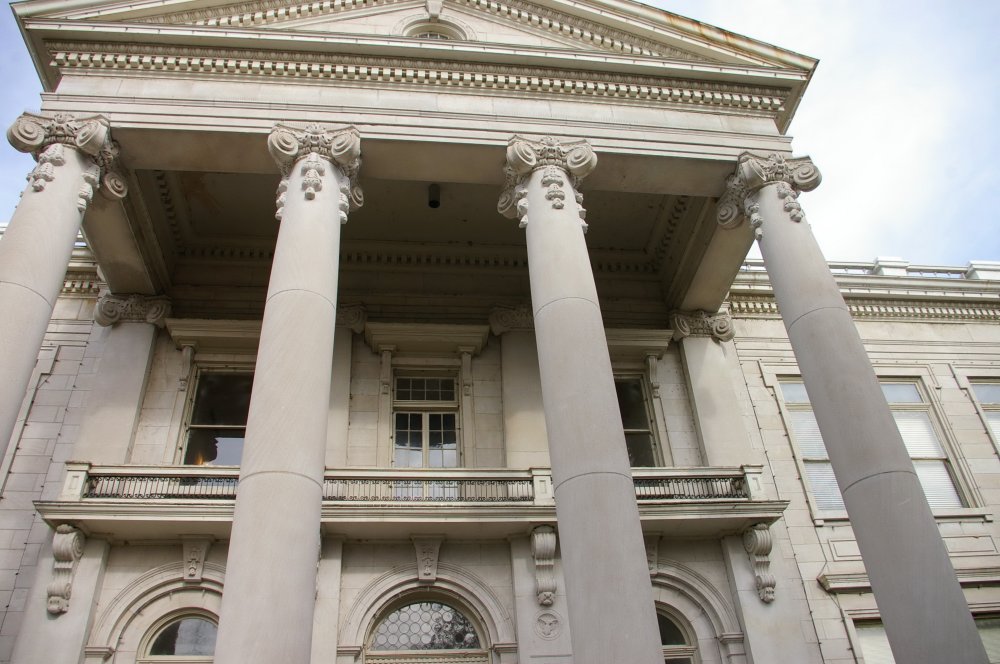 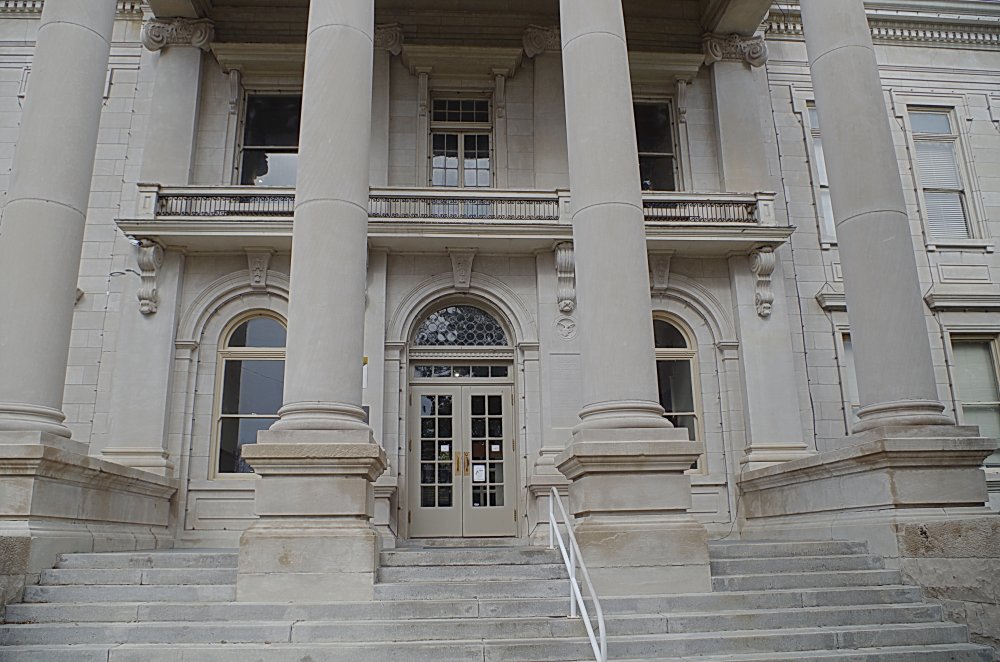 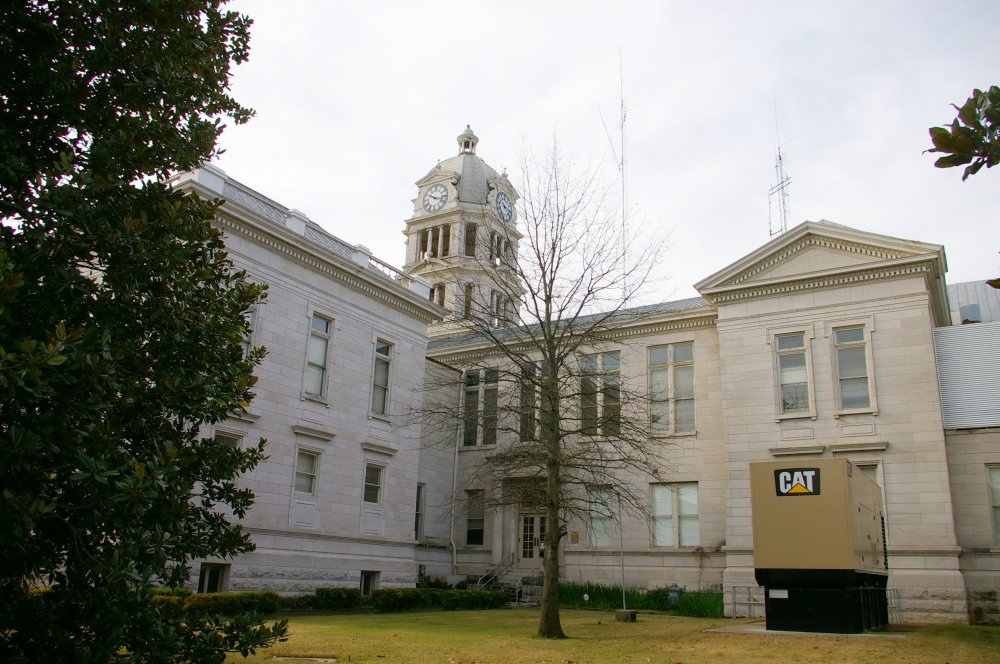 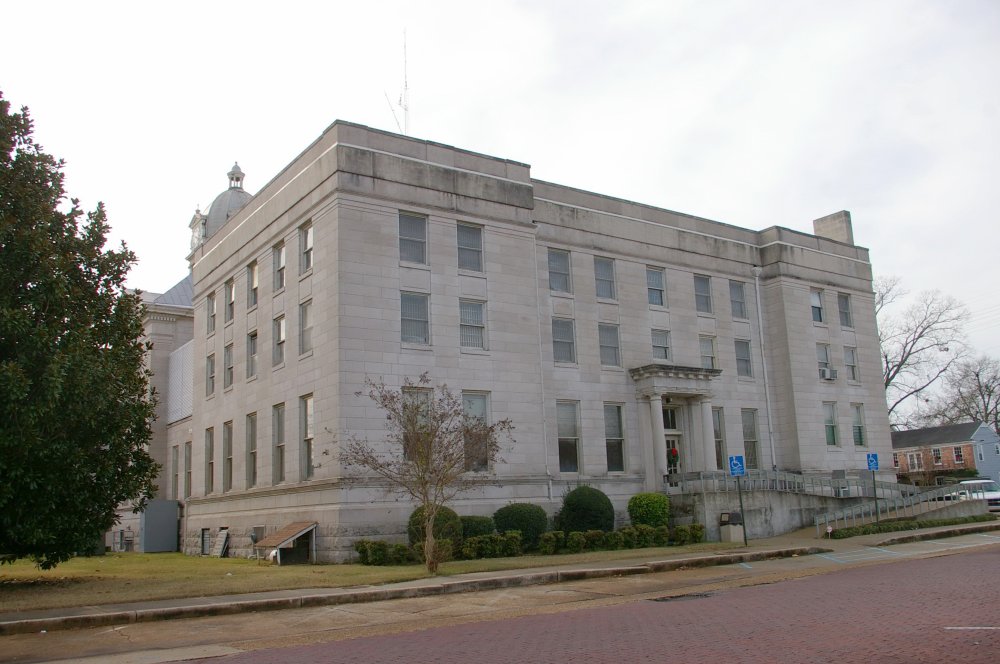 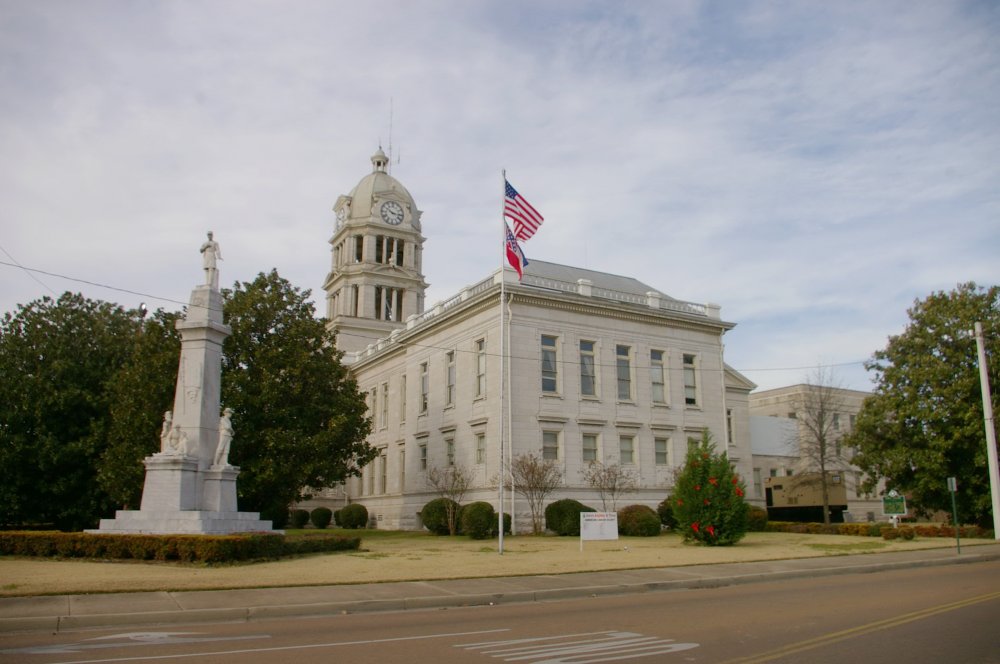 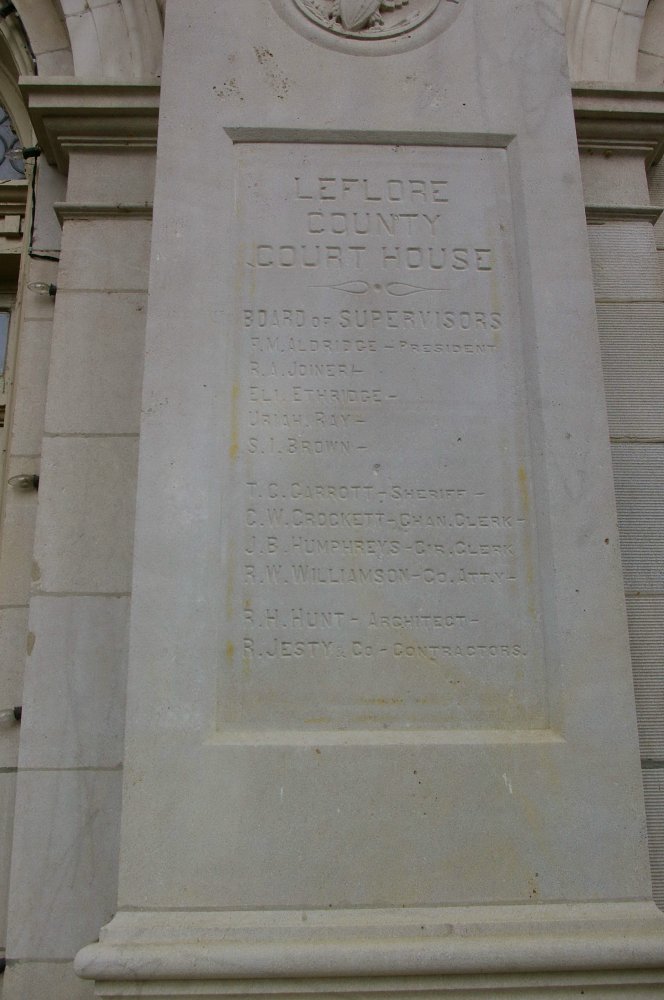 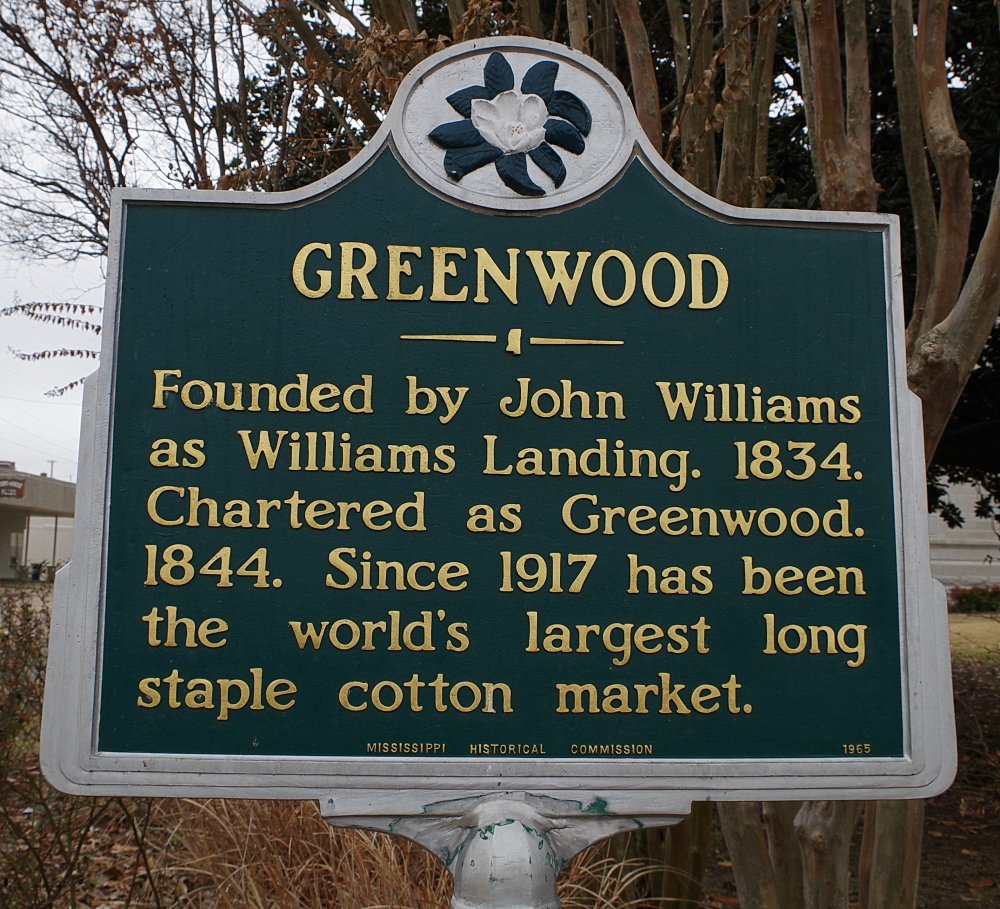