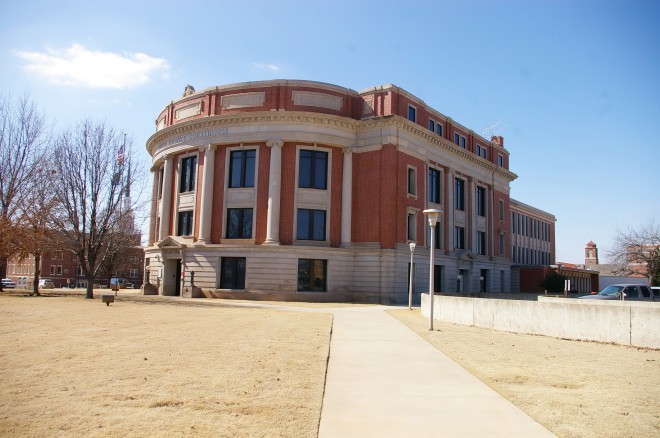 Payne County is named for David Lewis Payne, who was an American soldier and called the “Father of Oklahoma” for his work in opening the state to settlement.

Description: The building faces north and is a three story red colored brick, stone and concrete structure. The building is located on landscaped grounds in the center of Stillwater. The building is located on landscaped grounds in the center of Stillwater. The first story is of rusticated stone, with a pronounced horizontal shadow line. The east, or front facade, is semicircular, projecting approximately 20 feet from the corner of the building. Half-round Ionic pilasters separate the window bays of the second and third stories. The other sides of the building have four similar pilasters delineating a slightly-recessed area accommodating three window bays. The entryways, one of each side, have small pediments supported by scrolled brackets. The building has a stone frieze and a modillioned cornice which is surmounted by an attic story. The north front has two columns rising from the second story to the top of the third story. The building houses the County District Court of the 9th Judicial District. An addition was constructed on the west side in 1965. The architect was Stephens, Young & Irby and the contractor was Yarbo Construction Company. An addition was constructed in 2005. 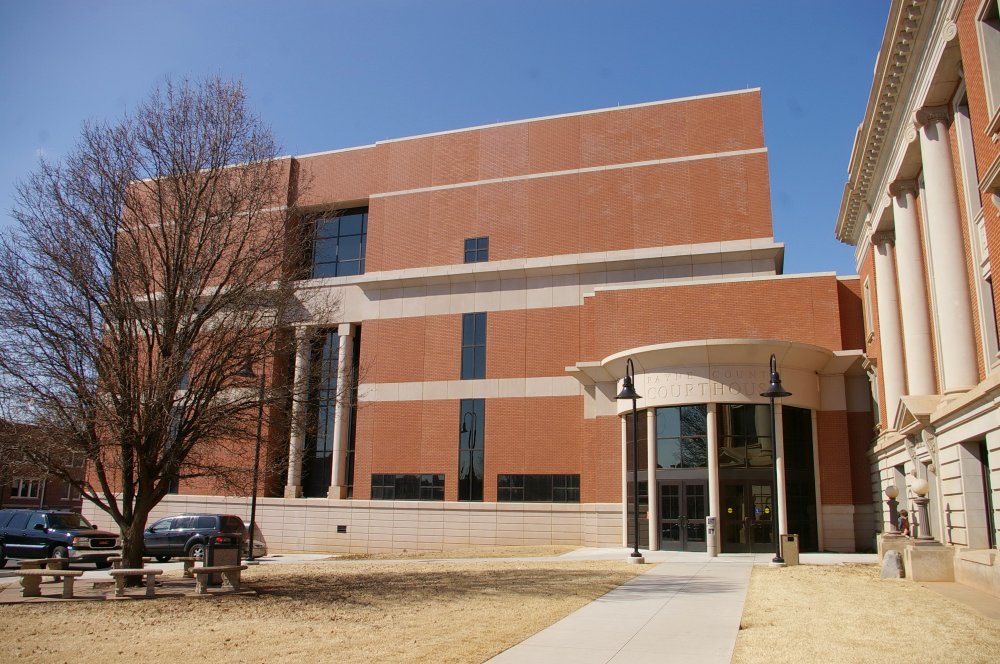 Description: The building faces north and is a three red colored brick, steel and concrete  structure. The rectangular shaped building is located on landscaped grounds in the center of Stillwater to the west of the courthouse. The north front has a curved glass central section with green colored tint and recessed entrance on the first story. The first story has cast-stone facing and the upper stories are red colored Oklahoma brick. The roof line is flat. 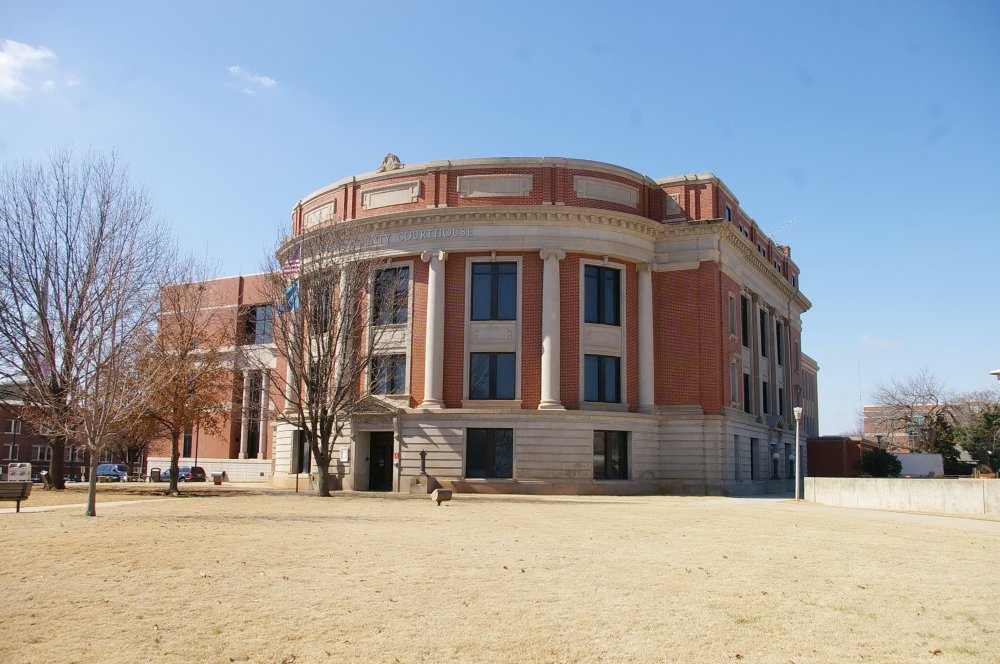 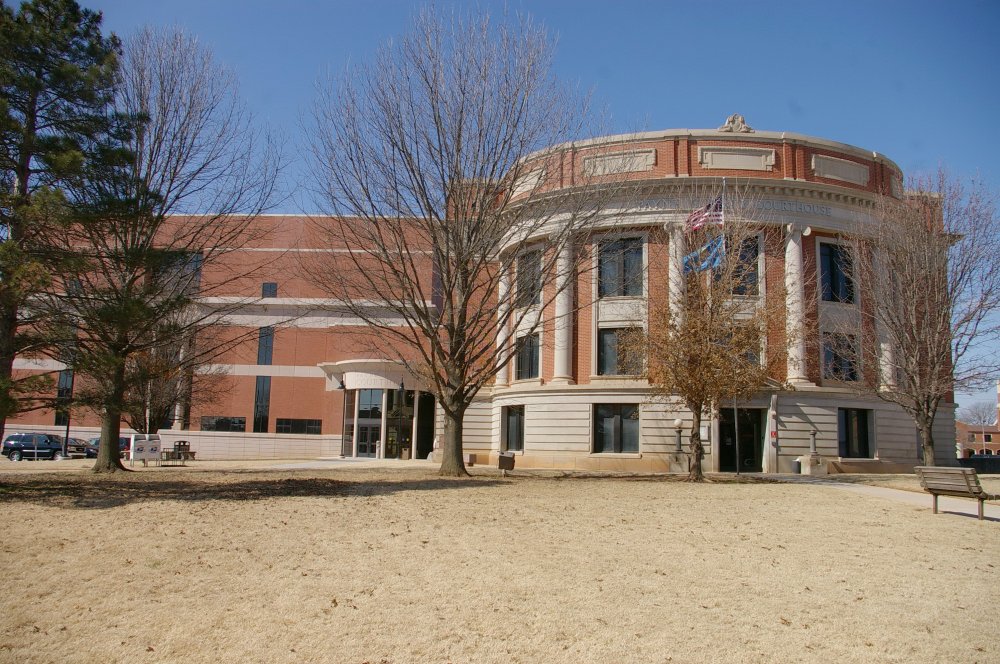 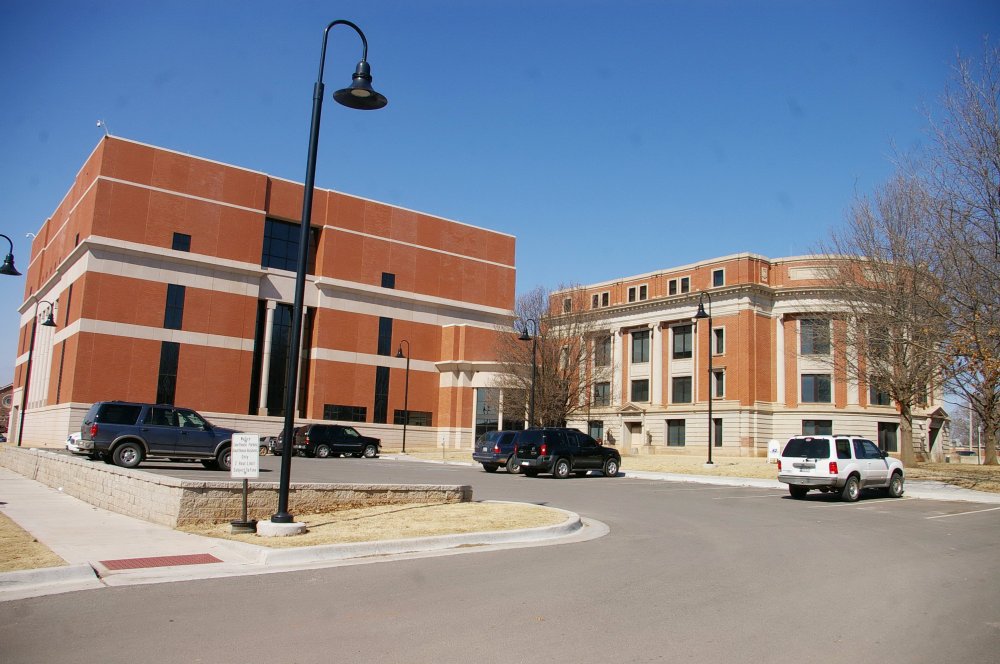 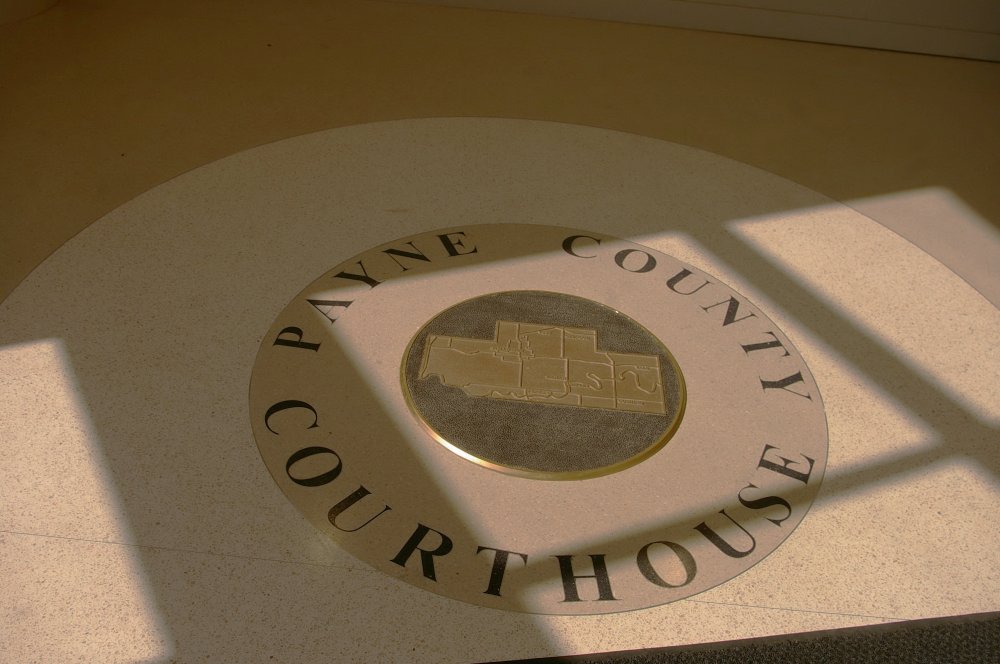 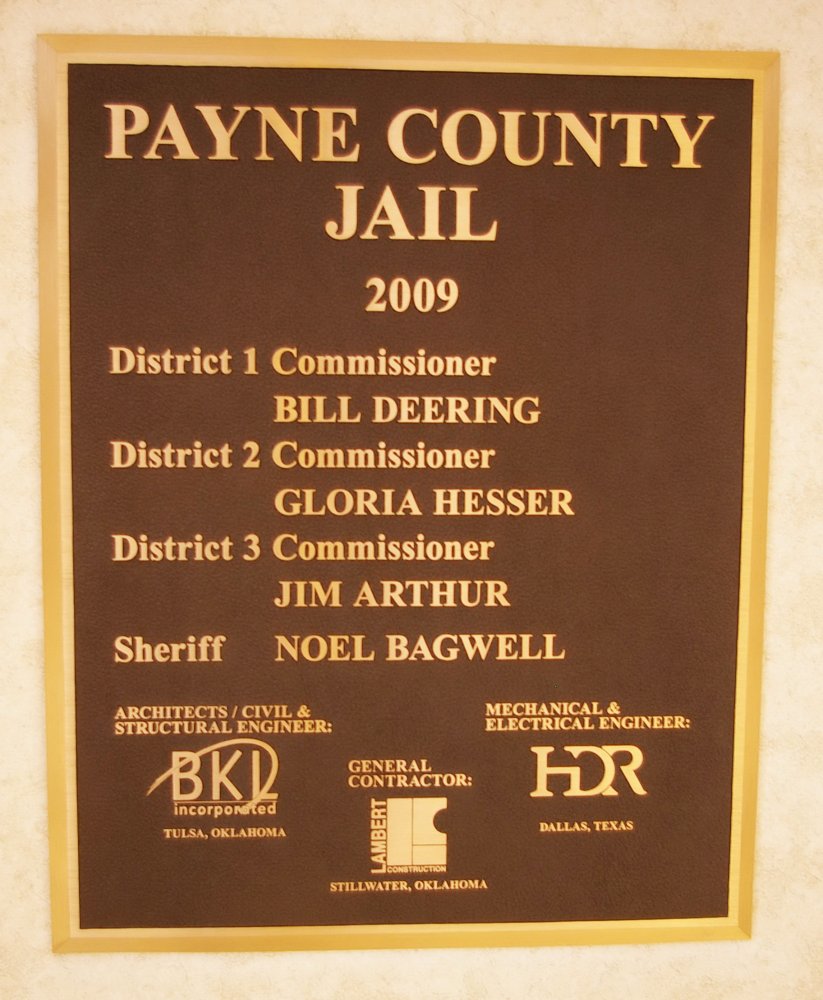