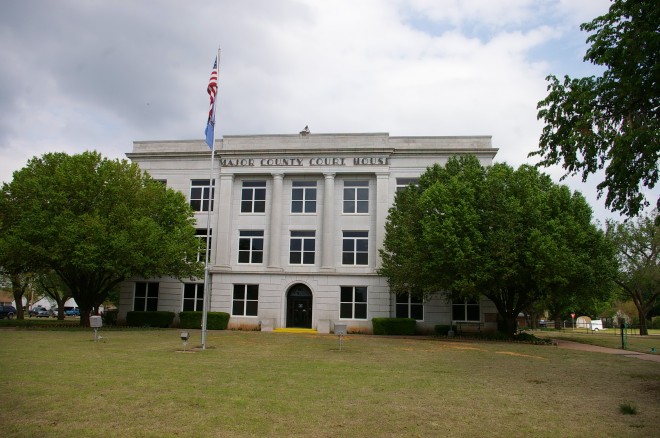 Major County is named for John C Major, who was a member of the Oklahoma Constitutional Convention.

Description: The building faces east and is a four story white colored faced stone block structure. The building is located on landscaped grounds of the Courthouse Circle in the center of Fairview. The first story has a rusticated facade. The east front has a projecting center section with a Roman arch entrance at the center. Two Tuscan columns rise from the second story to the top of the third story. A wide cornice runs below the flat roof line. An attic story, not apparent from the front of the building, houses the jail and has seven pairs of small, barred windows on the west, or rear, side of the structure. The building has a flat roof and a single chimney on the northwest corner.

History:  The county was created in 1907 and Fairview was selected as the county seat in 1908. The first county officials used a rental premise until the first courthouse, a brick structure was built in 1909. The third and present courthouse was constructed in 1928 to 1929. 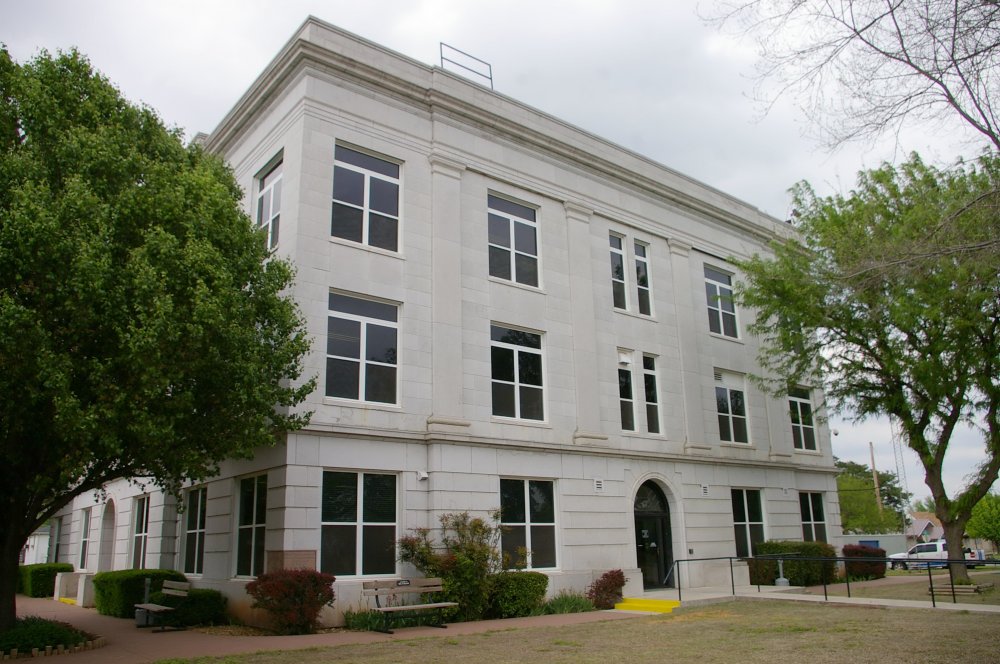 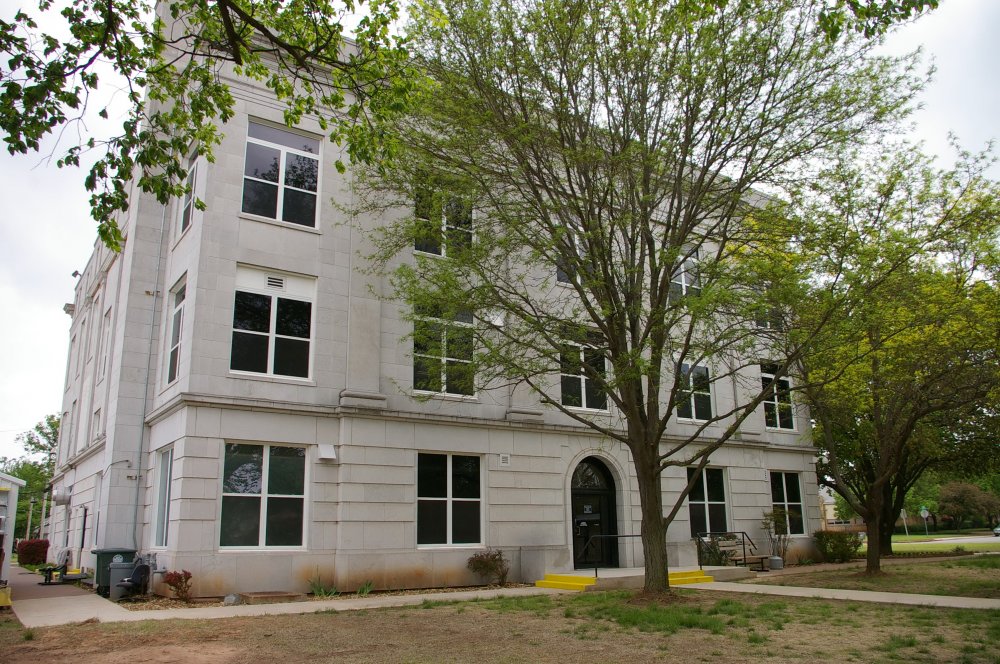