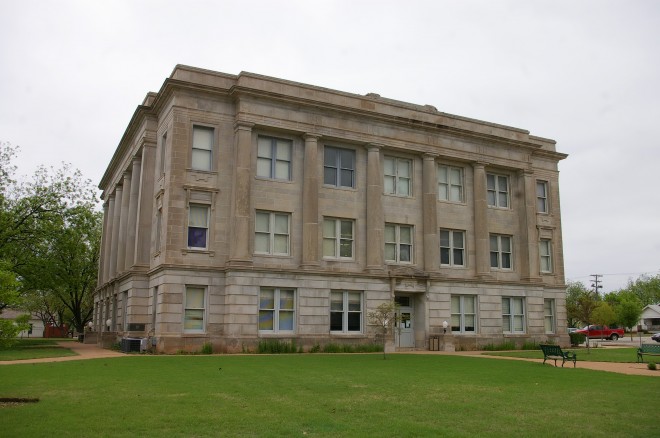 Tillman County is named for Benjamin Tillman, who was a United States Senator from South Carolina.

Description: The building faces east and is a three story gray colored concrete structure. The building is located on landscaped grounds in the center of Frederick. The building is constructed of concrete slabs laid to resemble dressed stone. The first floor has rusticated ashlar facing on the exterior walls. The main entranceway on the south side is recessed with ornamented triangular pediment supported by scrolled brackets. The back or north side of the building has a curved main wall which projects approximately 15 feet beyond the normal wall line. Smooth, Tuscan columns and pilasters separate the window bays of the second and third stories. The curved wall has six pilasters. The corner windows of the second story have ornamental pediments and scroll brackets. The building has a projecting cornice and a flat roof. The second and third stories have dividing pillars between the windows. The courtroom is located on the north side of the third story where the building curves outward.

History:  The county was created in 1907 and Frederick was selected as the county seat. The county rented space in several buildings and the city hall until the first and present courthouse was constructed in 1921 to 1922. 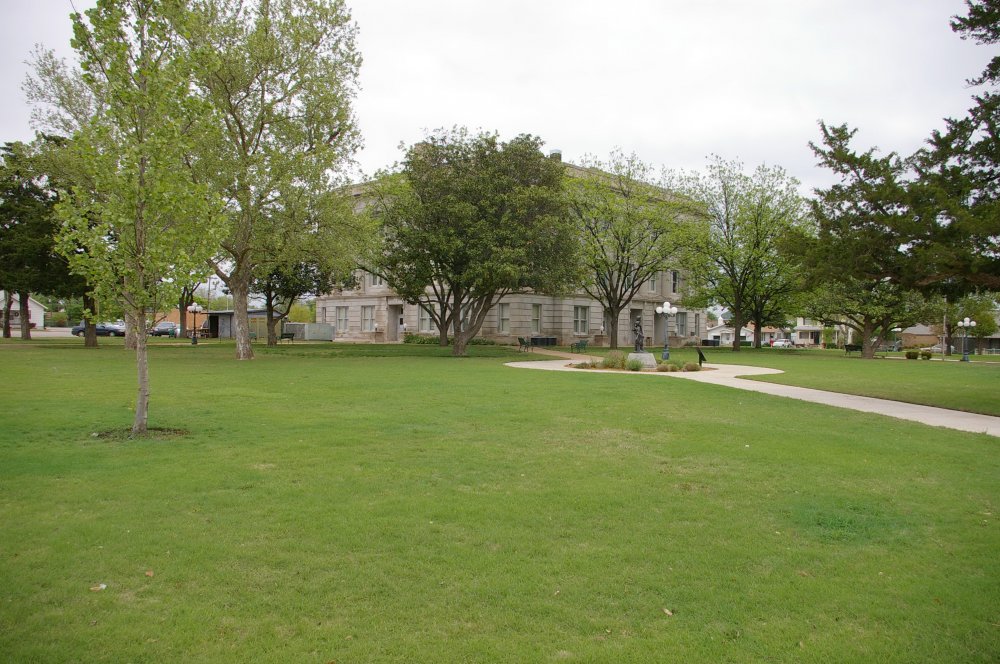 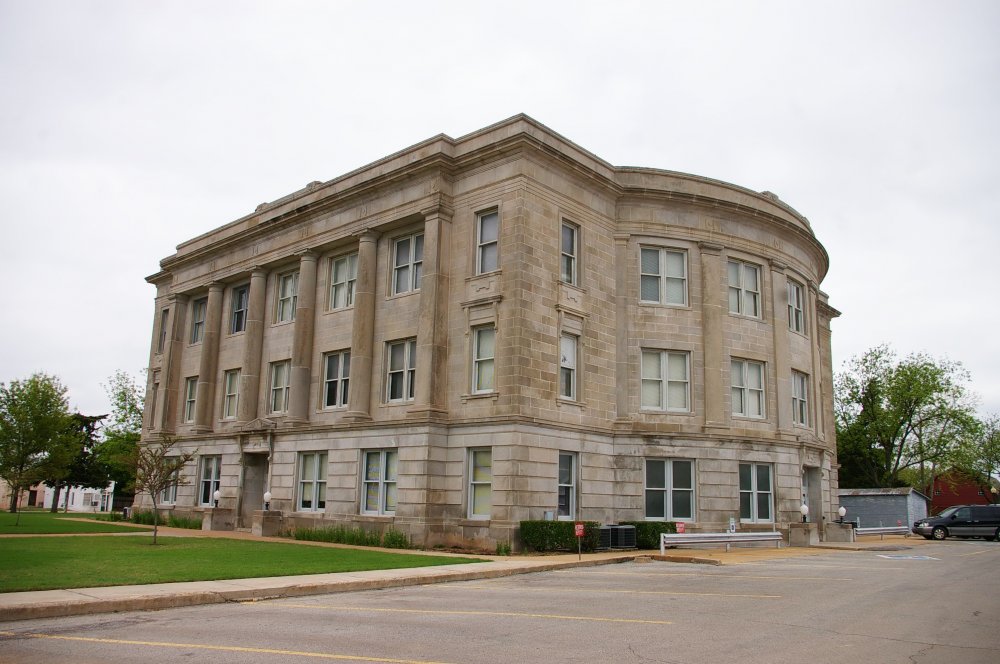 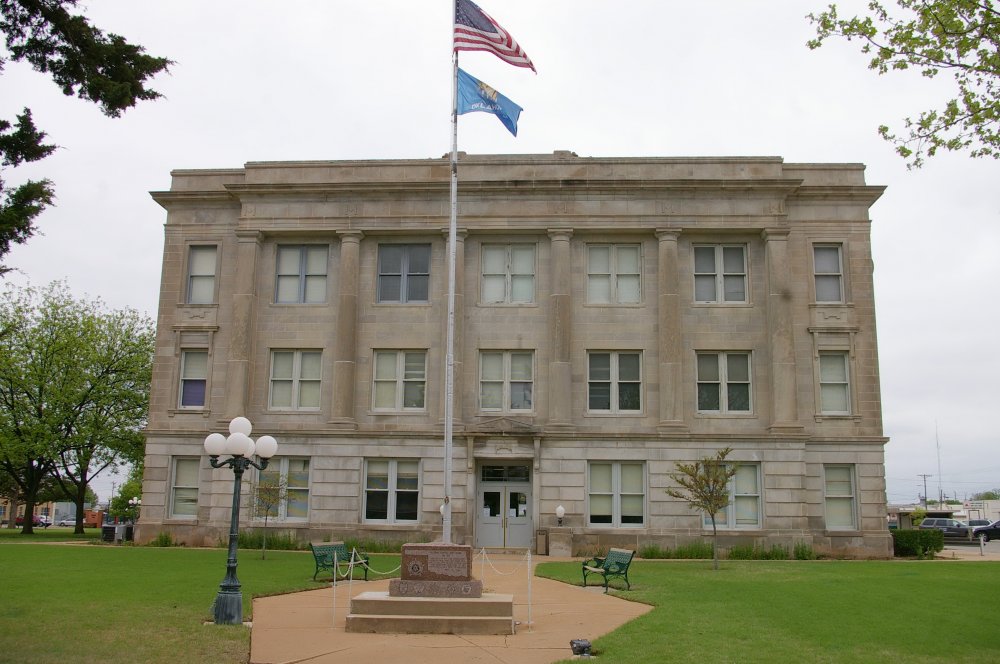 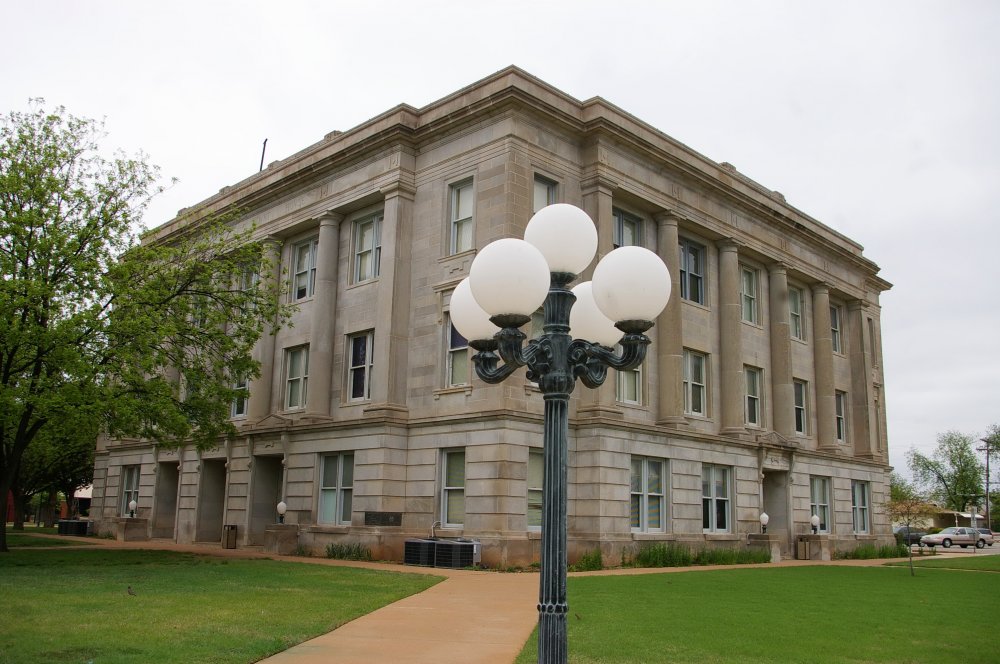 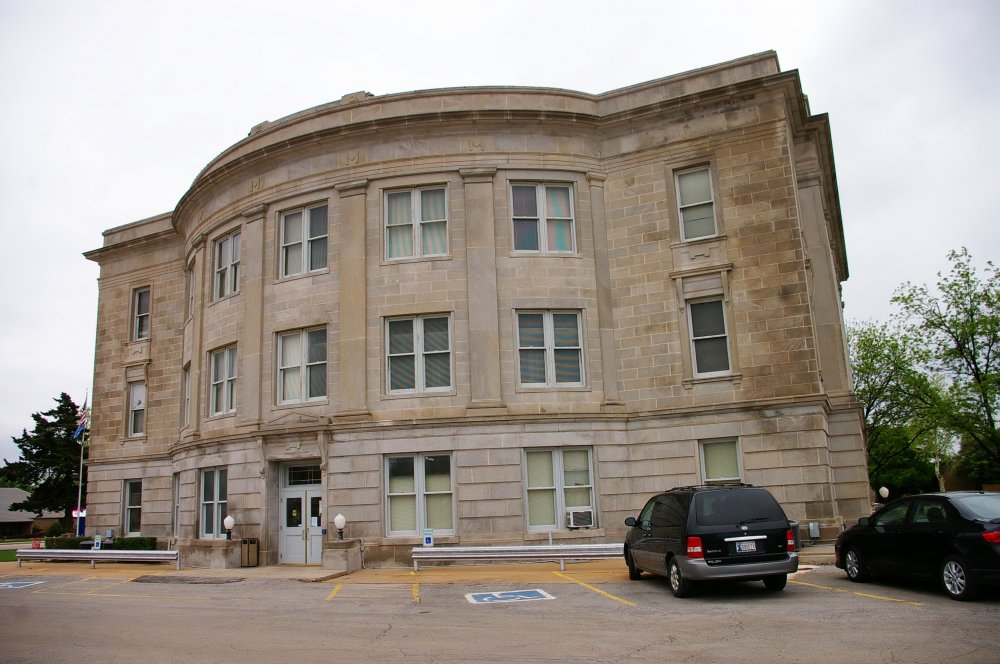 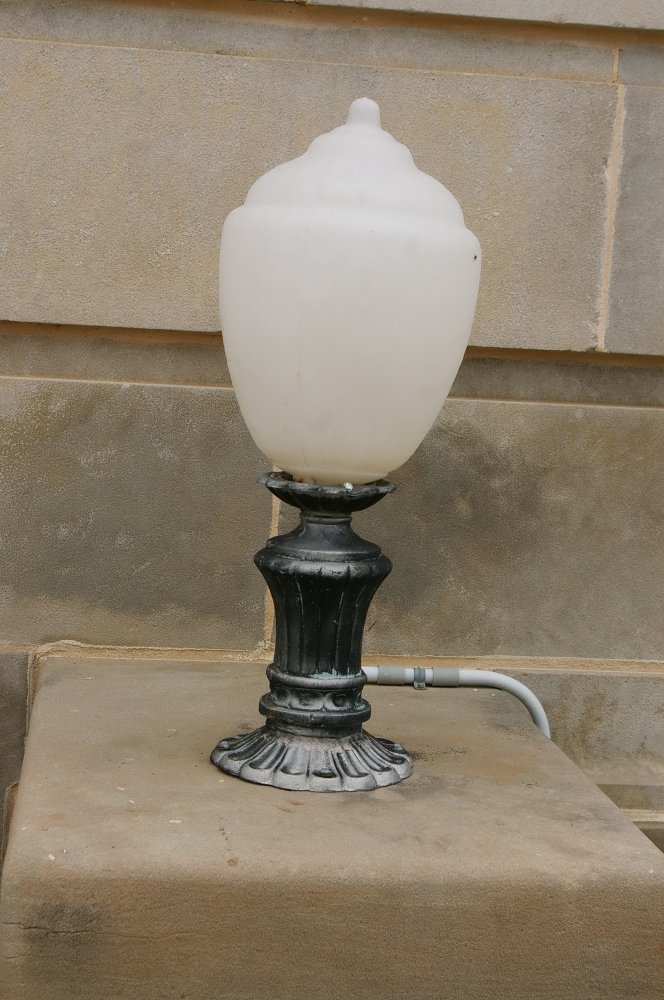 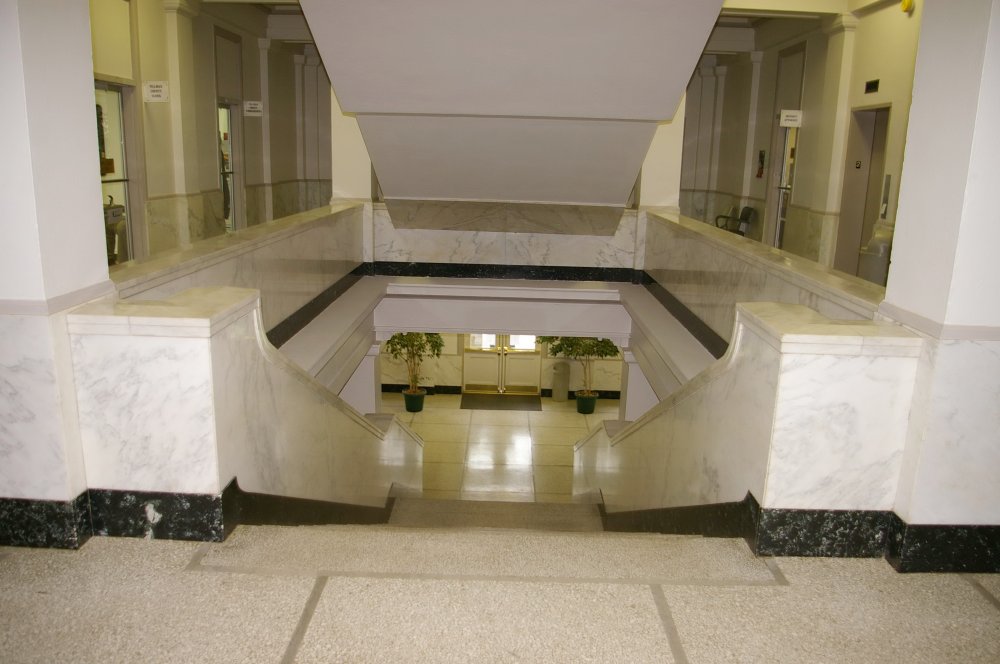 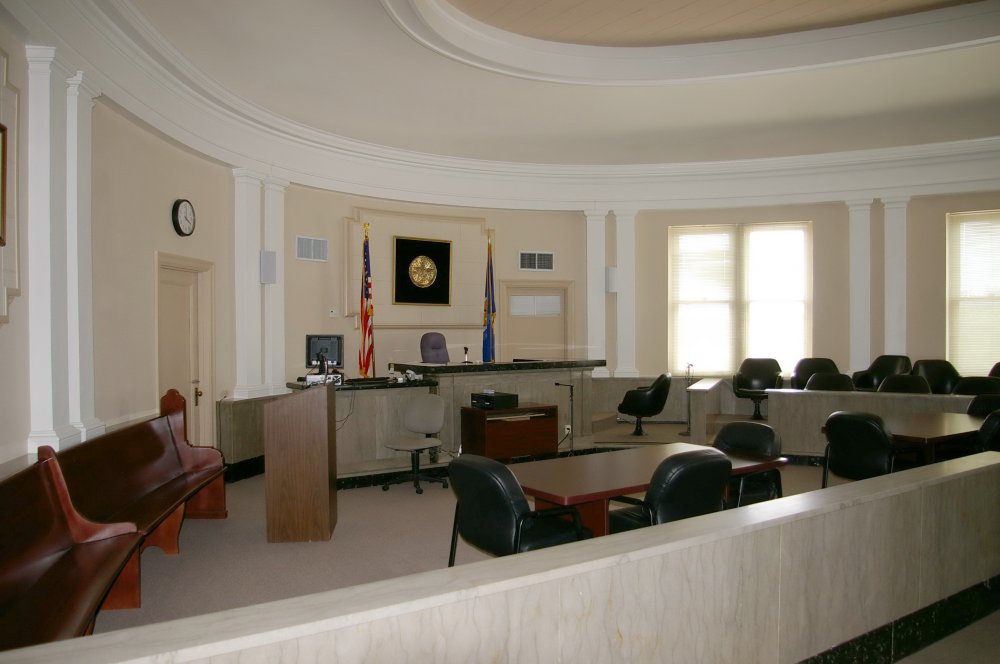 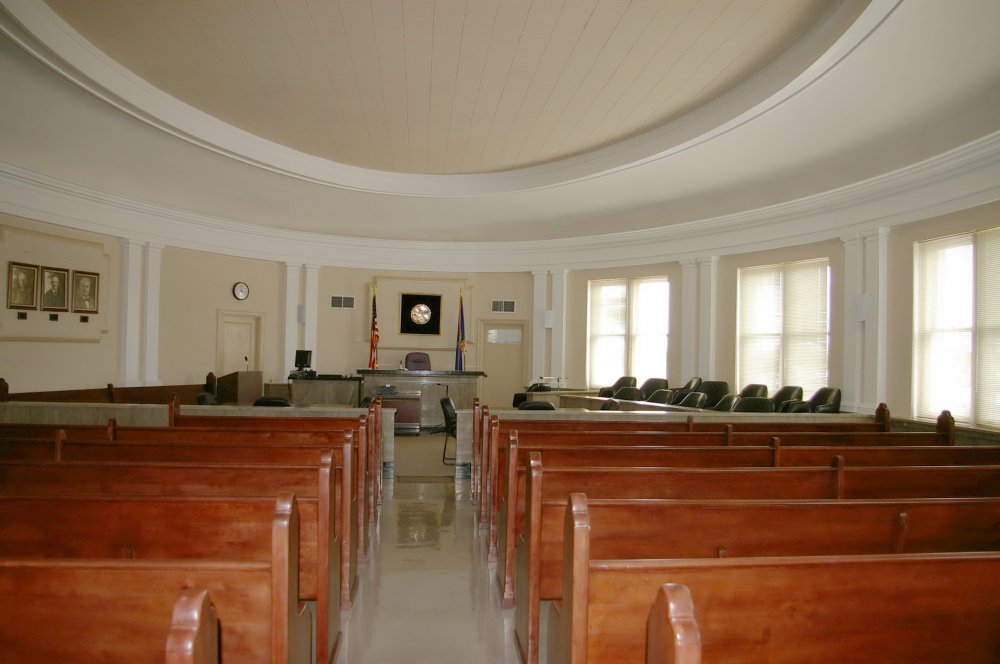 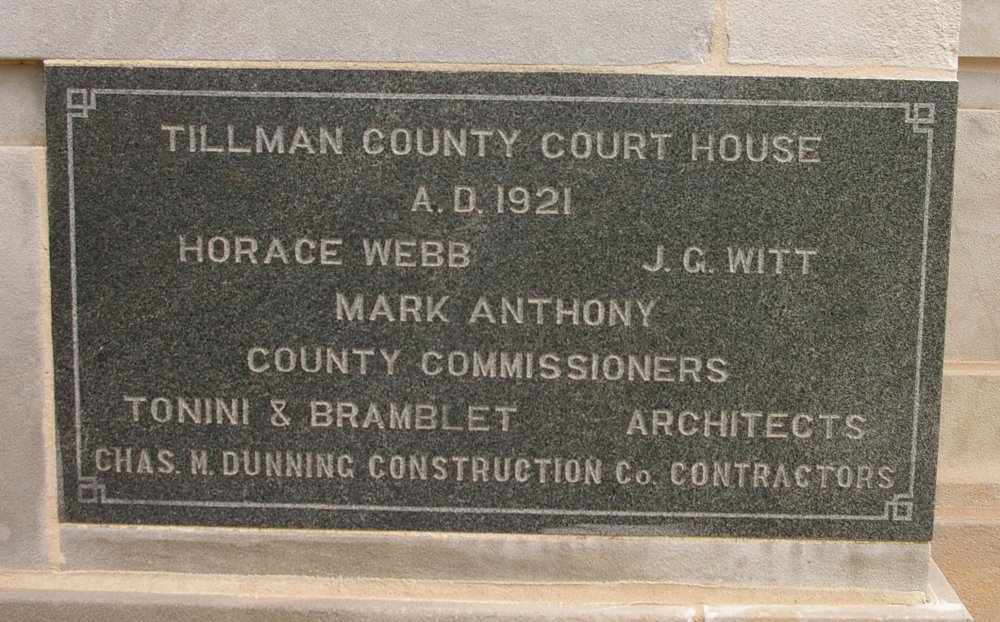 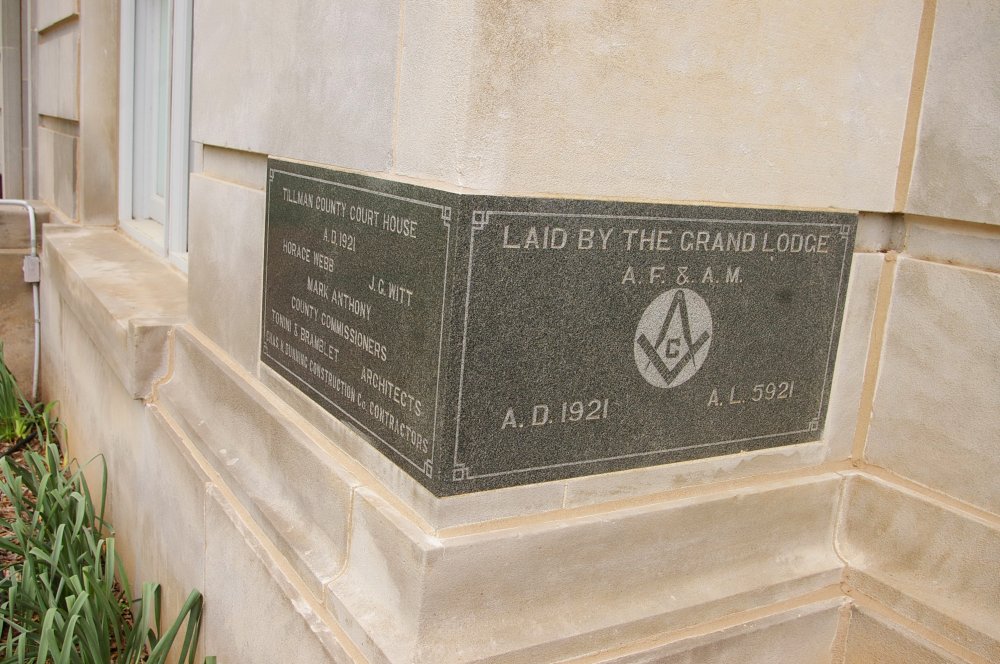 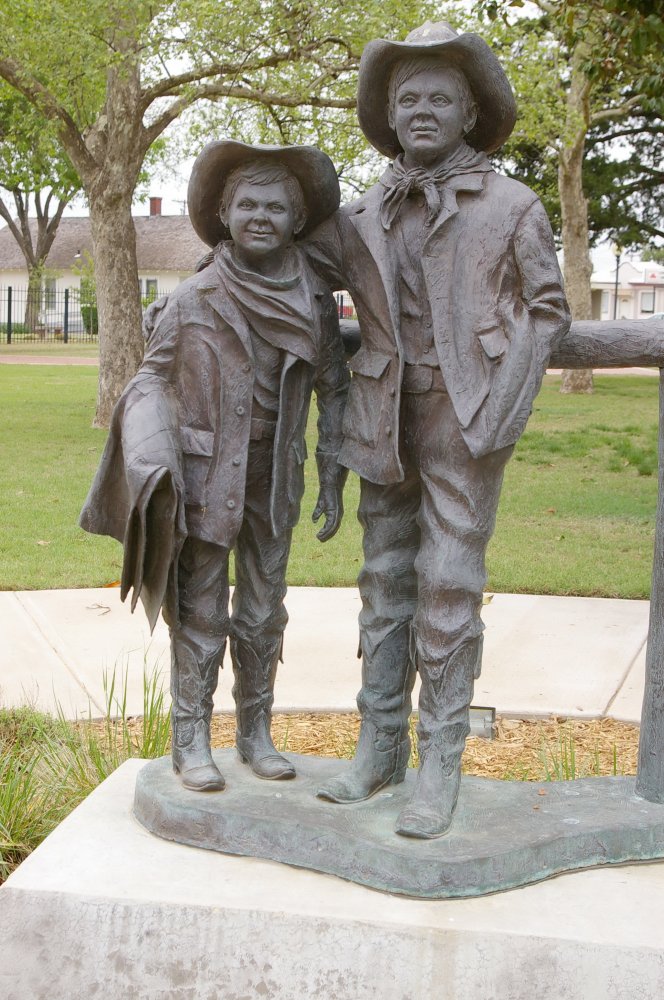 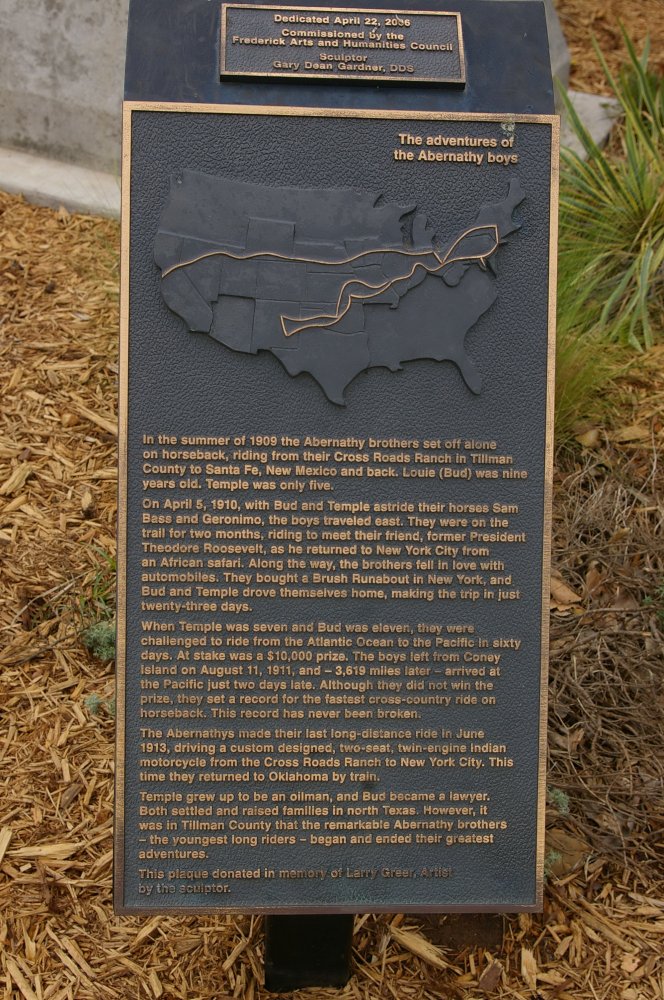