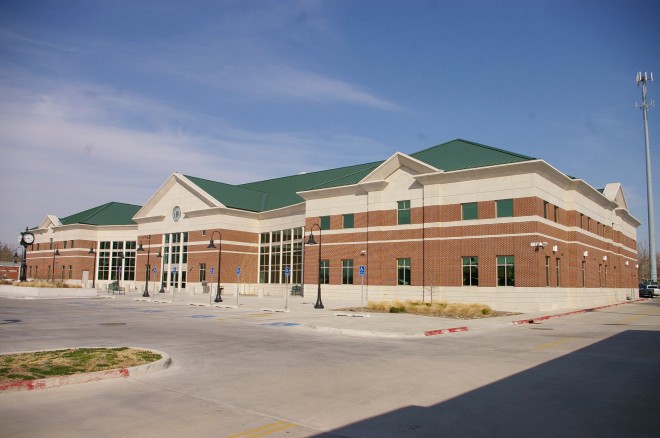 Mayes County is named for Samuel H Mayes, who was a Cherokee Chief.

Description:  The building faces west and is a two story red colored brick and concrete structure. The building is located on landscaped grounds in the center of Pryor. The center section and the north and south wings extend from the main building. The center section has a peaked roof and a glass wall extending upwards from the first story entrance. Between the sections are vertical glass walls. The base of the building is white colored concrete and the upper part below the eaves is white concrete with red colored bricks facing the middle section. The green colored roof is hipped. In the interior is a large two story lobby on the west side. The building houses the County District Court of the 12th Judicial District.

History:  The county was created in 1907 and Pryor was selected as the county seat. The first courthouse was a two story frame structure built in 1899 and occupied by the county in 1907. The second courthouse was a three story structure designed by Hick Jewell and built by J J Rooney Construction Company. The building was remodeled in 1959. The architect was Bailey. Borales, Dickenson & Roloff and the contractor was Ray Construction Company. The third and present courthouse was constructed in 2004 to 2006. 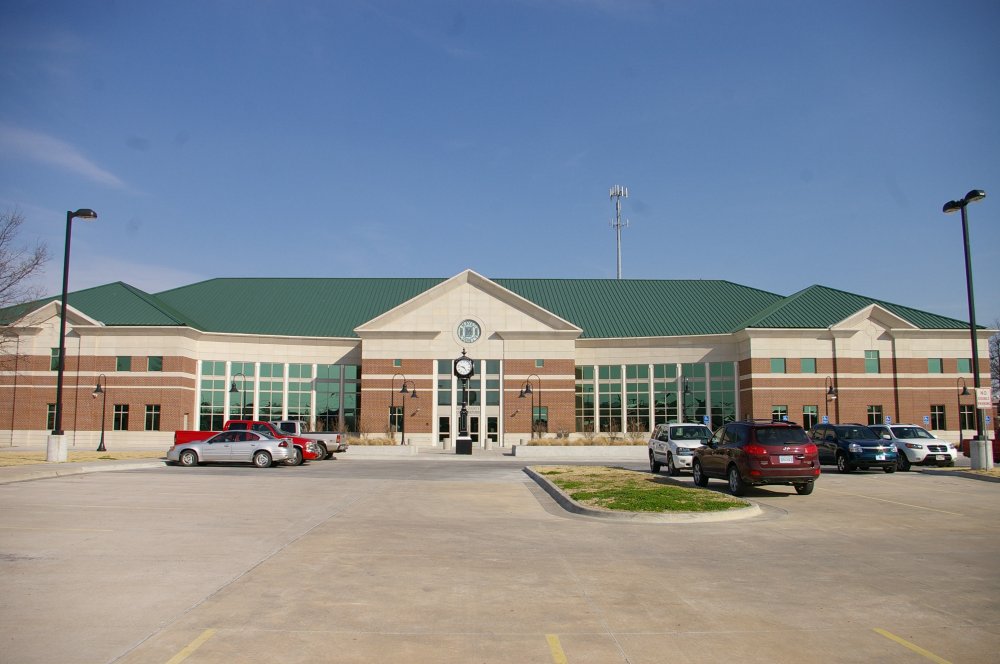 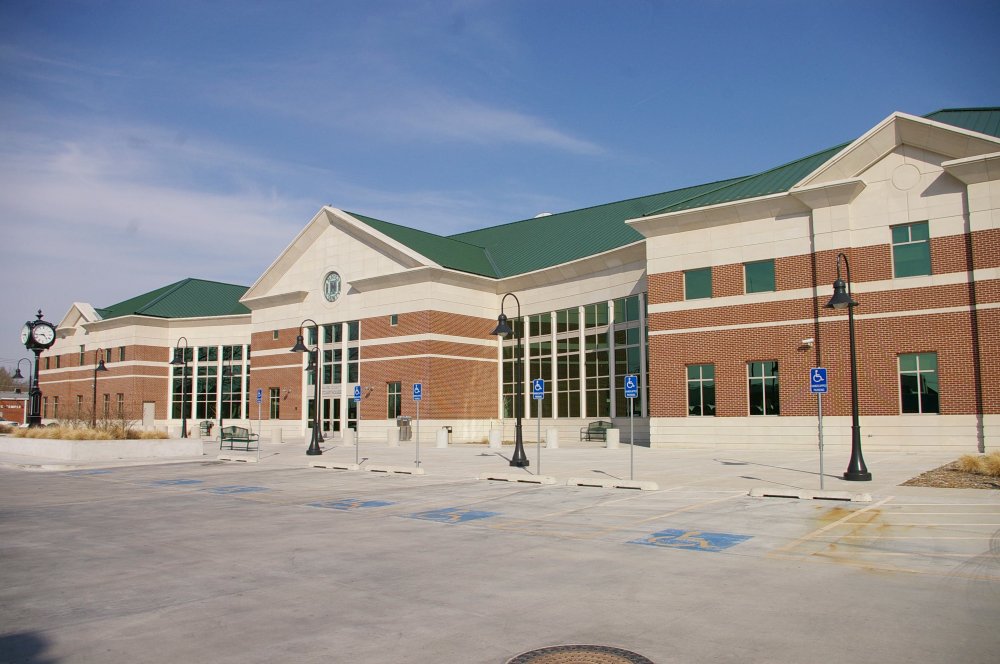 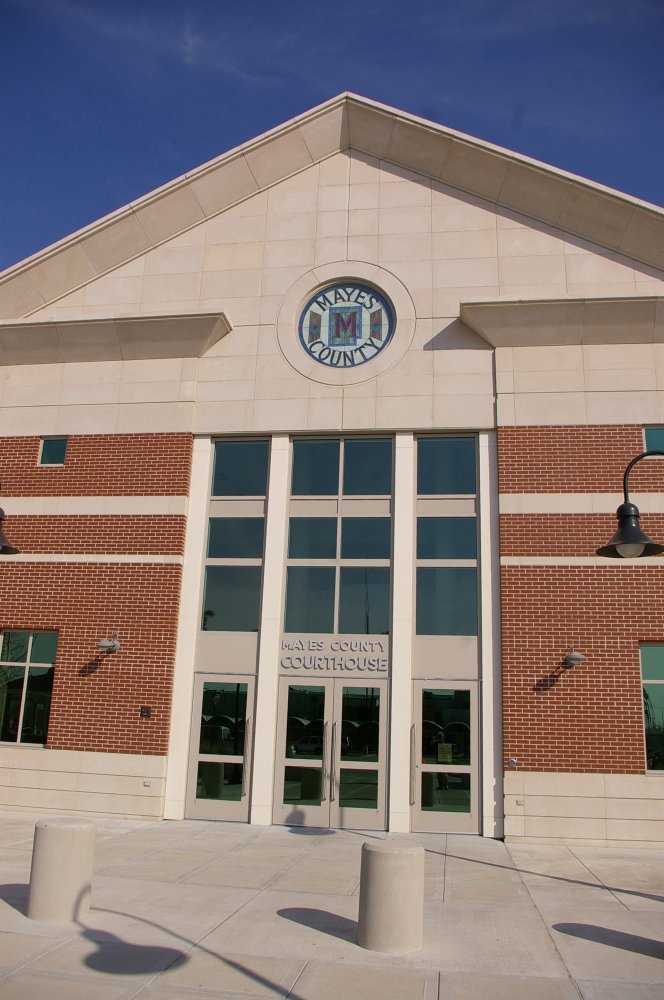 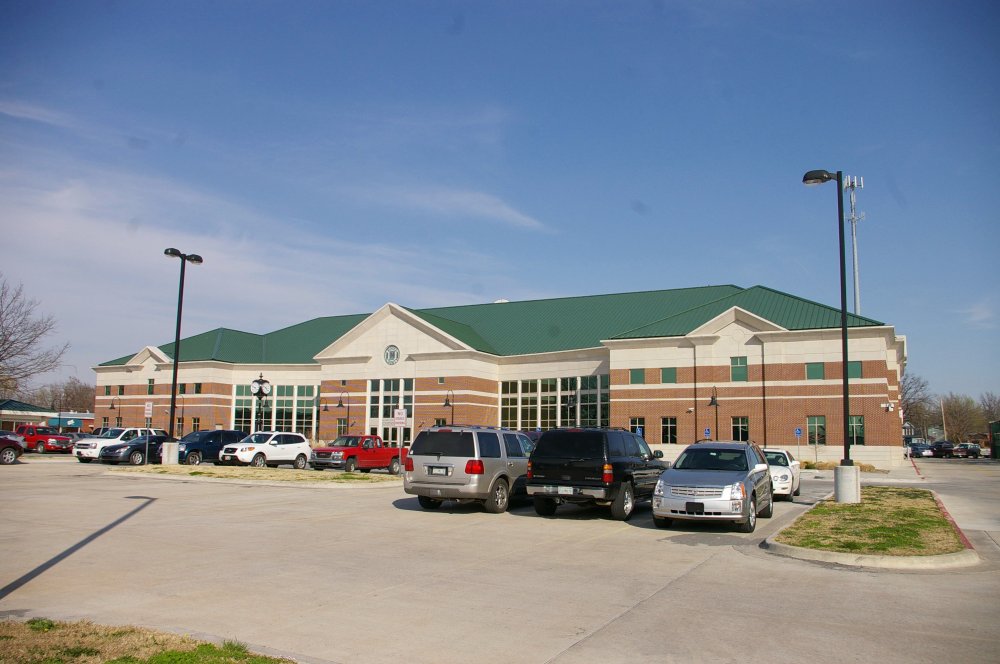 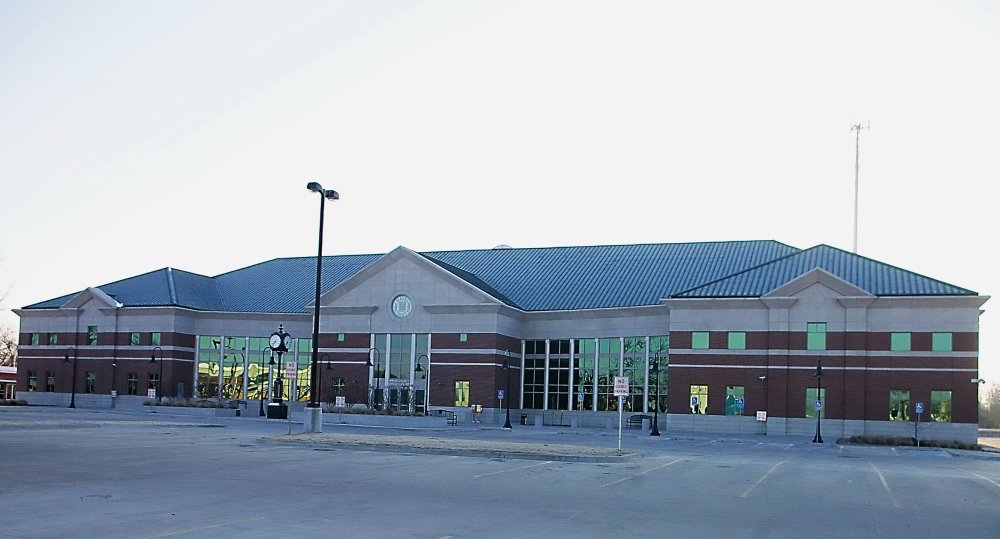 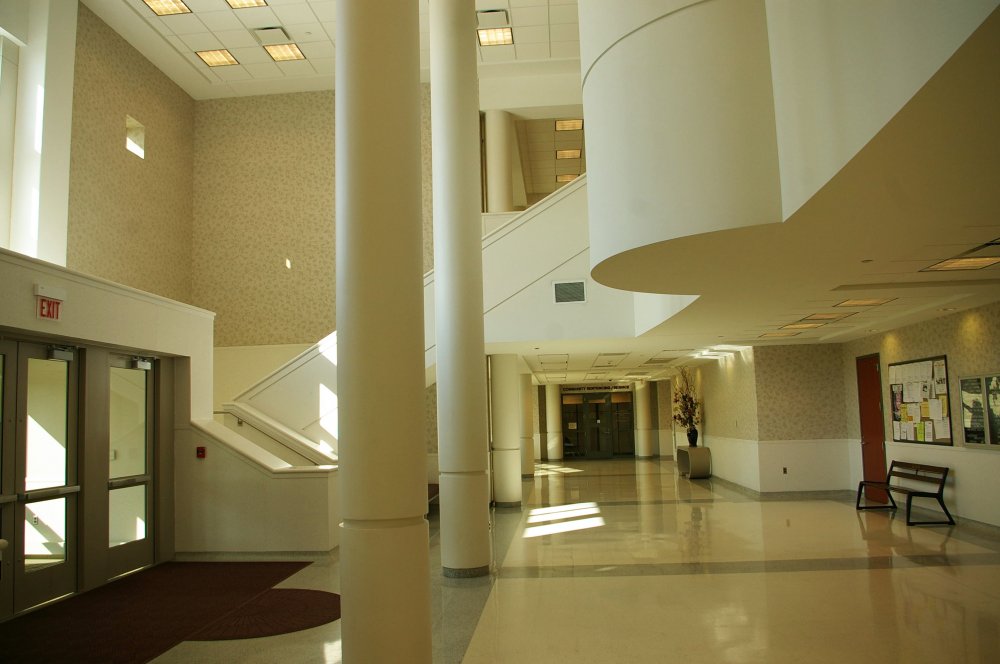 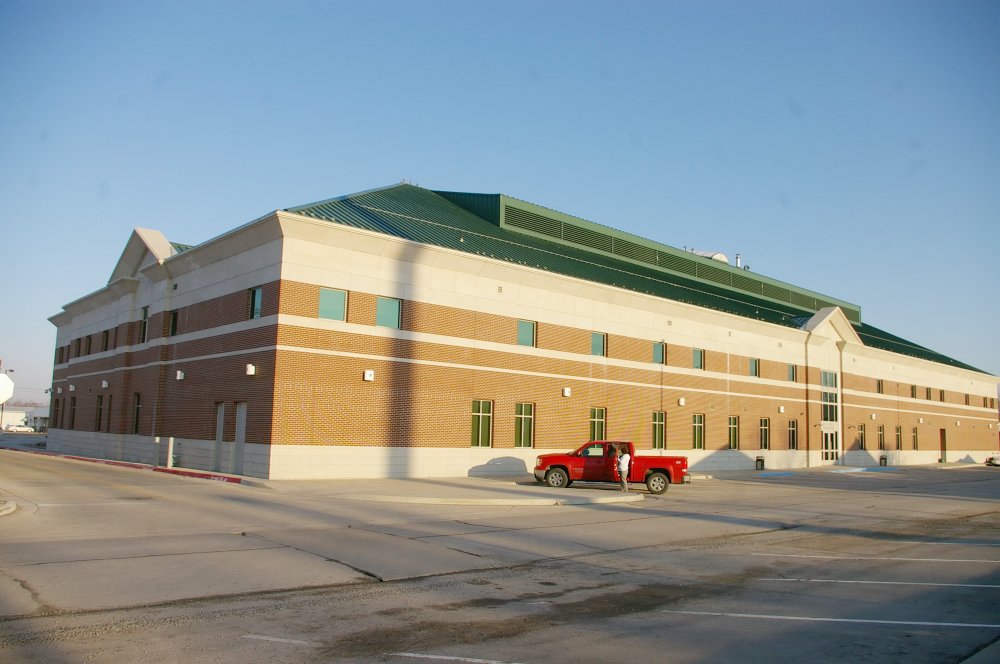 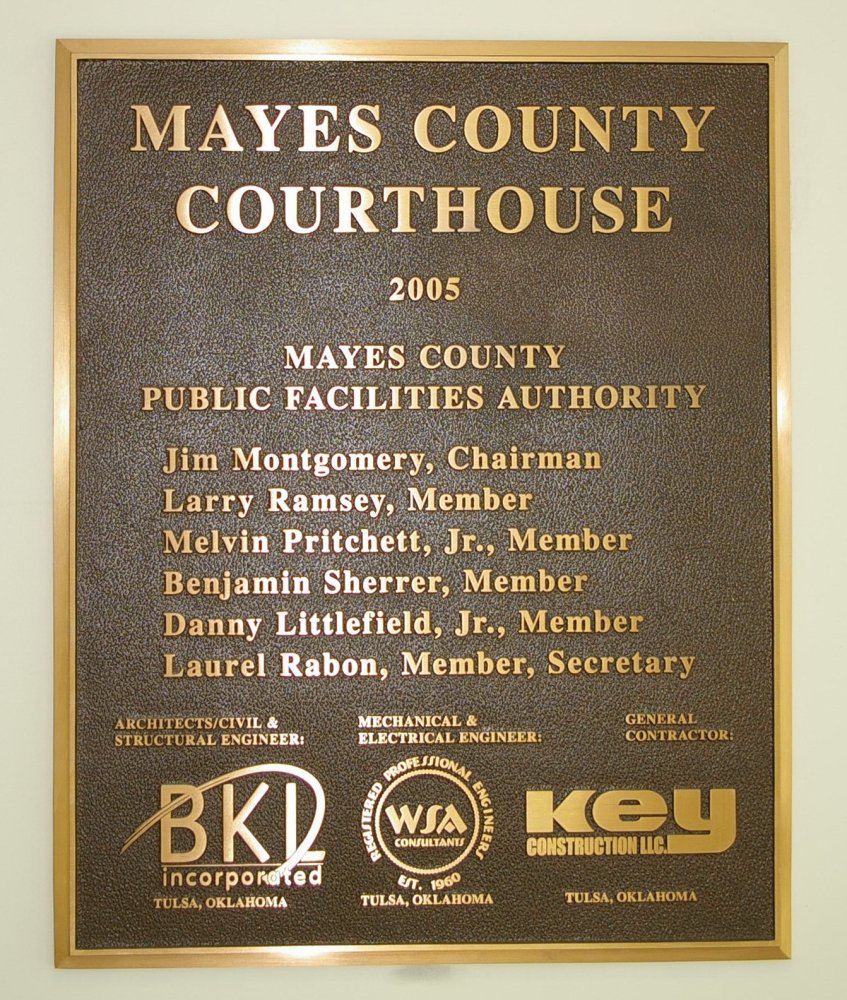