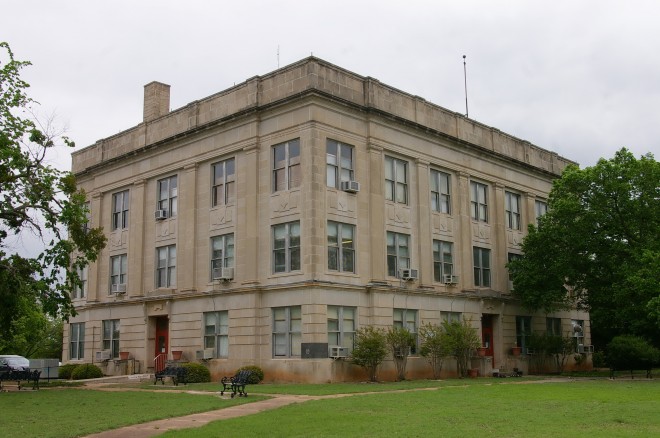 Cotton County is named for the abundance of cotton grown in the county.

Description: The building faces west and is a three story gray colored stone block and concrete structure. The building is located on landscaped grounds in the center of Walters. The rectangular shaped building has a wide band along the roof line with cornice below. The first story has horizontal stonework with central entrances. Plain pilasters alternate with the window bays. Each of the four doorways is ornamented by a small lintle supported by console brackets. A beveled glass transom is above each of the double wooden doors. The space between the second and third story windows is ornamented by a simple design of a series of overlapping rectangular and diamond-shaped plaques. The roof line is flat. The courtroom is located on the third story.