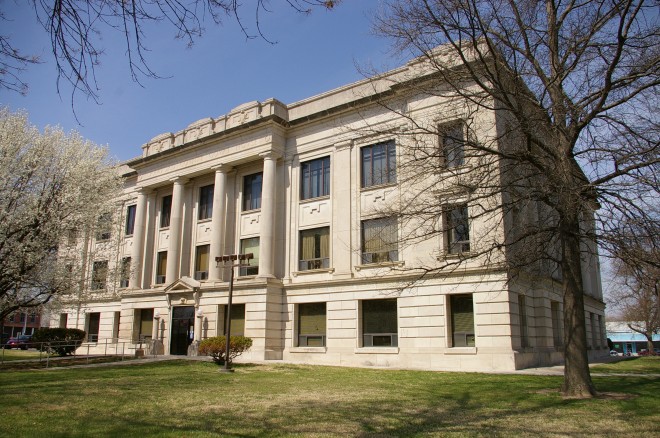 Crawford County is named for Samuel J Crawford, who was a governor of Kansas from 1865 to 1868. 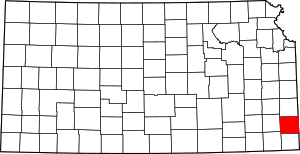 Description:  The building faces north and is a three story gray limestone and concrete structure. The building is located on the landscaped grounds of the Courthouse Square in the center of Girard. The north and south sides have a projecting porch with horizontal stone on the first story and four columns rising from the second story to the top of the third story supporting a wide header. The first story has horizontal stone with a projecting ridge above and small pediment above the doorways. A projecting cornice runs below the roof line. In the interior there is a cross hall plan on the first story from the north entrance and south entrance. The main staircase is at the north end, There is a three story atrium with gray colored marble and skylight at the top. The ceilings are coffered with plaster crowns and the floors are finished with marble rectangles. The Commissioners Room is located on the second story. The courtroom is located on the east side of the third story with the judge’s bench, which is marble, on the south side. Marble wainscoting encircles the room and Corinthian pilasters, in double pairs, sit above the wainscoting. The ceiling is coffered. The building houses the County District Court of the 11th Judicial District. 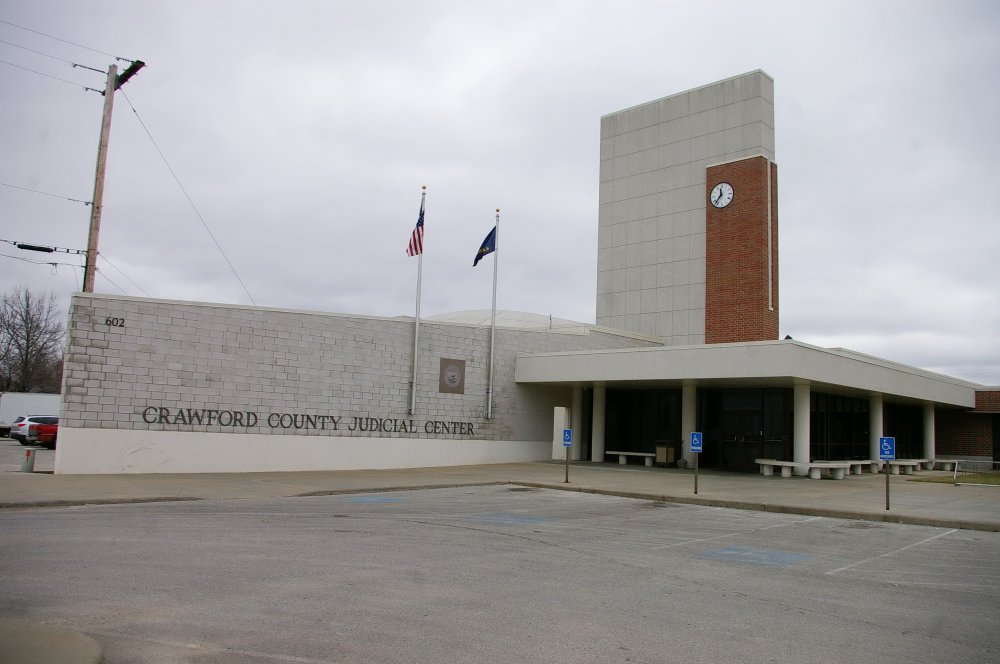 Description:  The building faces west and is a one story red colored brick, concrete and glass structure. The building is located on landscaped grounds in the center of Pittsburg. The main entrance at the northwest corner has pillars supporting a flat roof with recessed dark glass walls. Above rises a rectangular clock tower with red colored brick and concrete facing. A high stone faced wall extends northeast. Along the west side is a red brick section. The roof is slightly rounded. 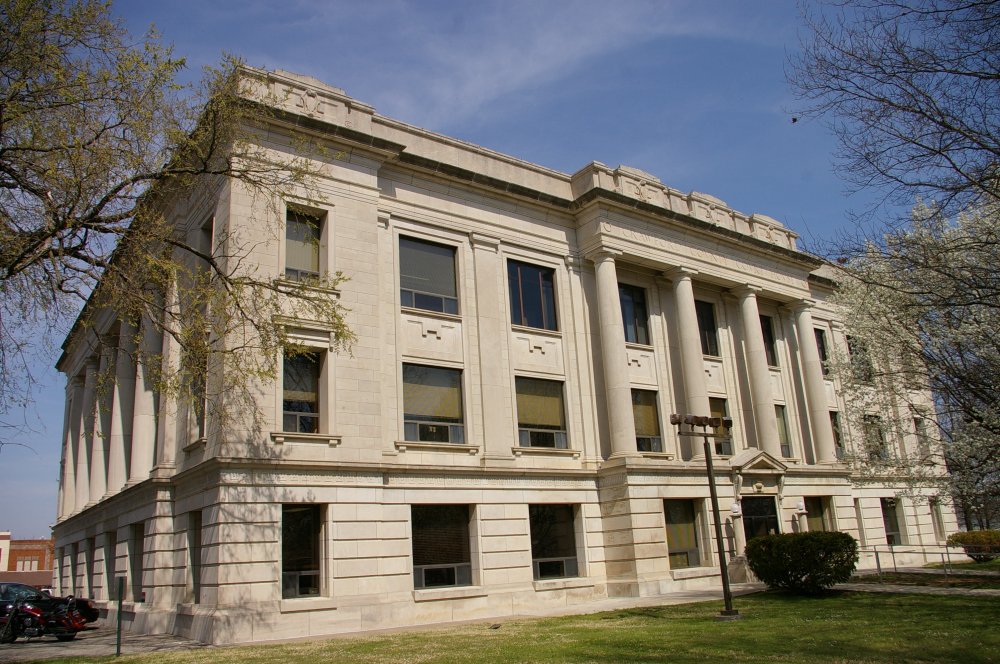 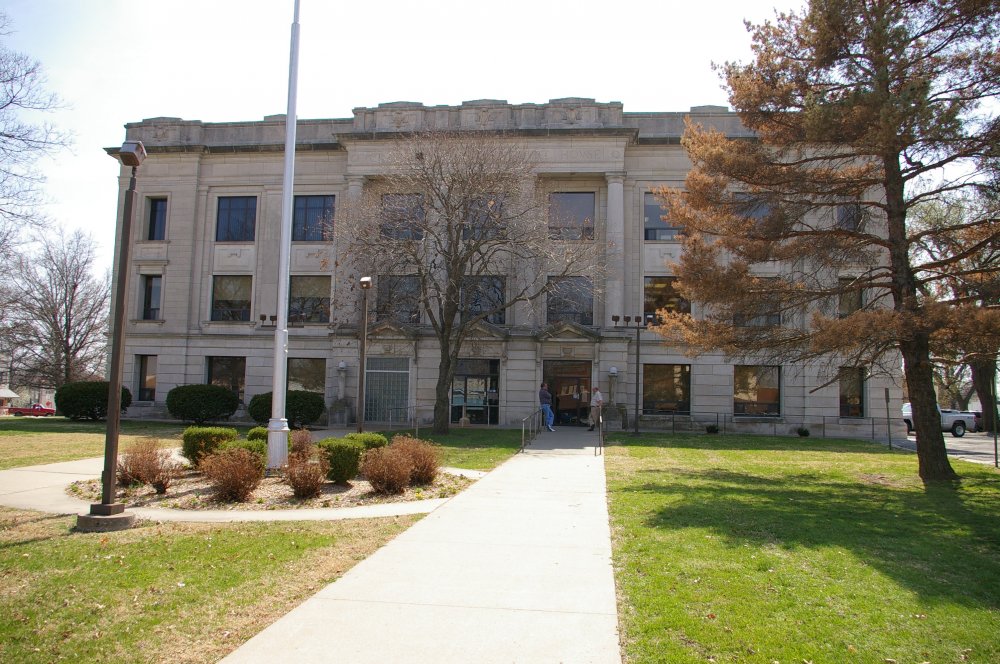 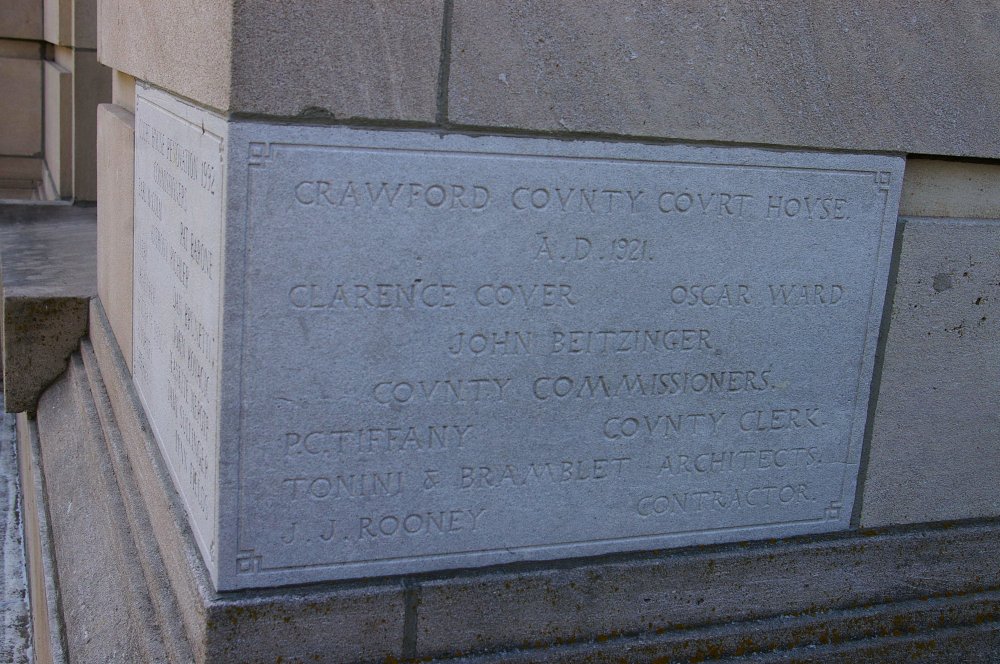 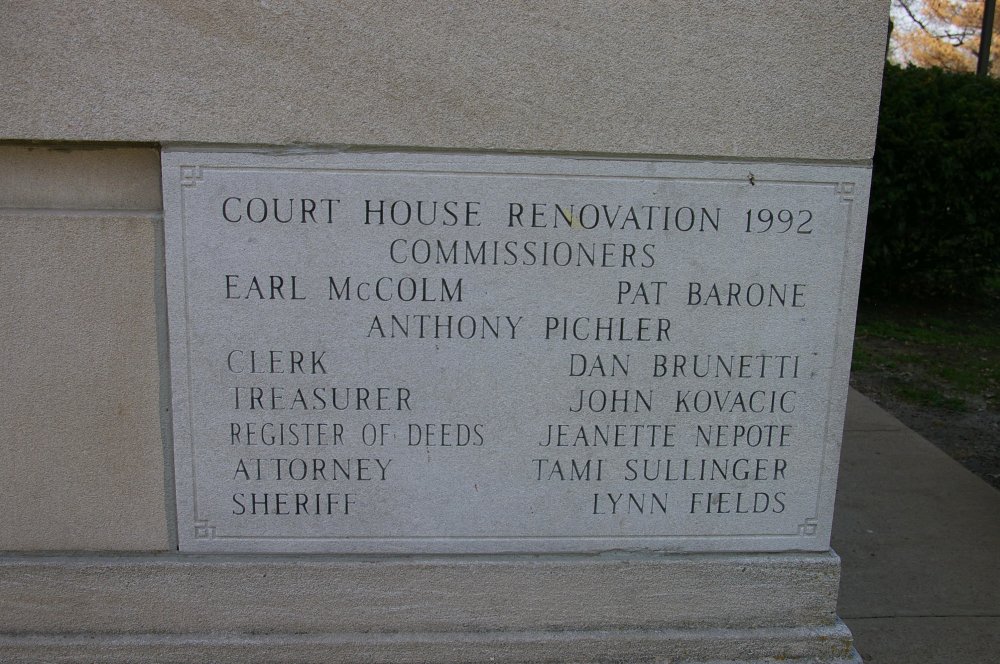 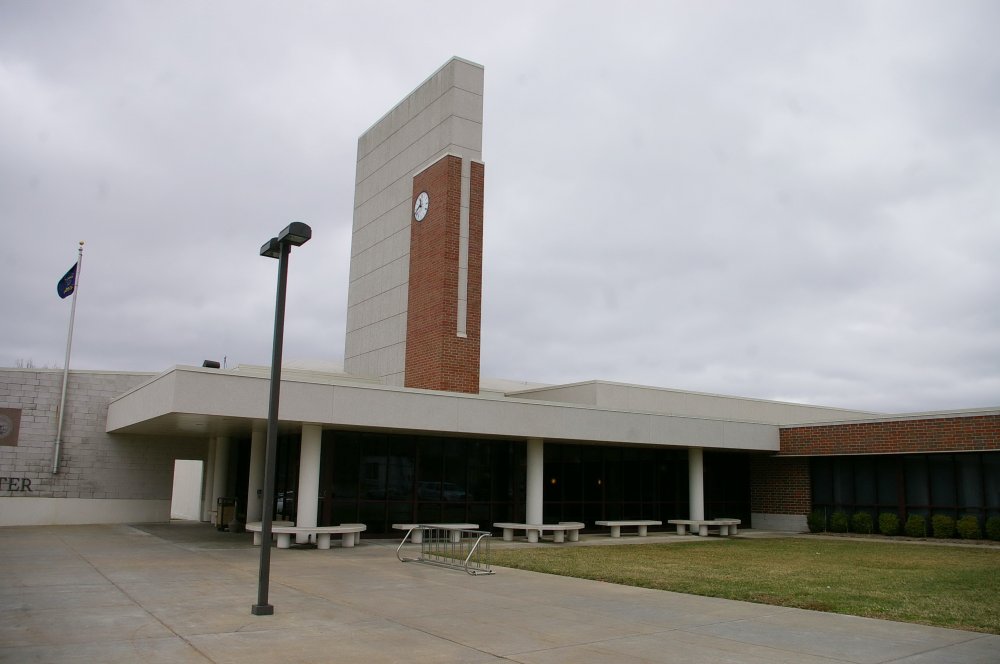 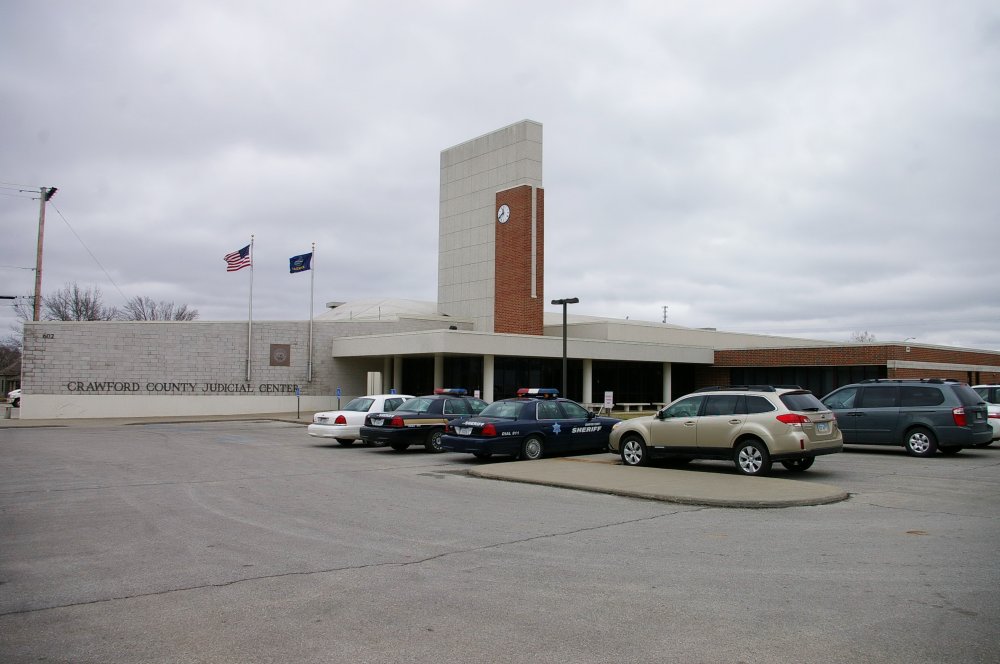 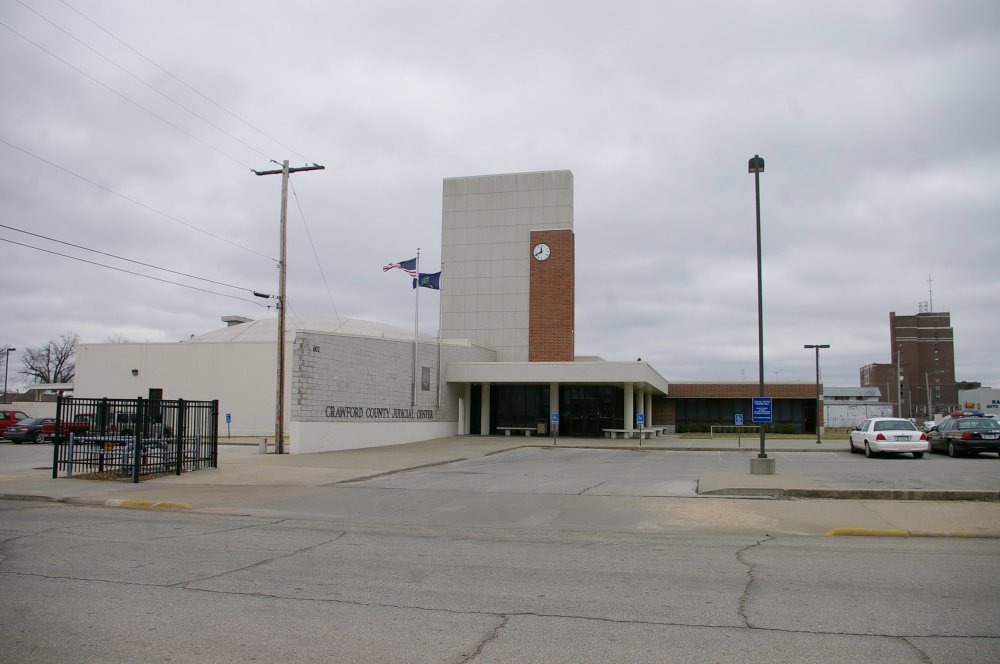 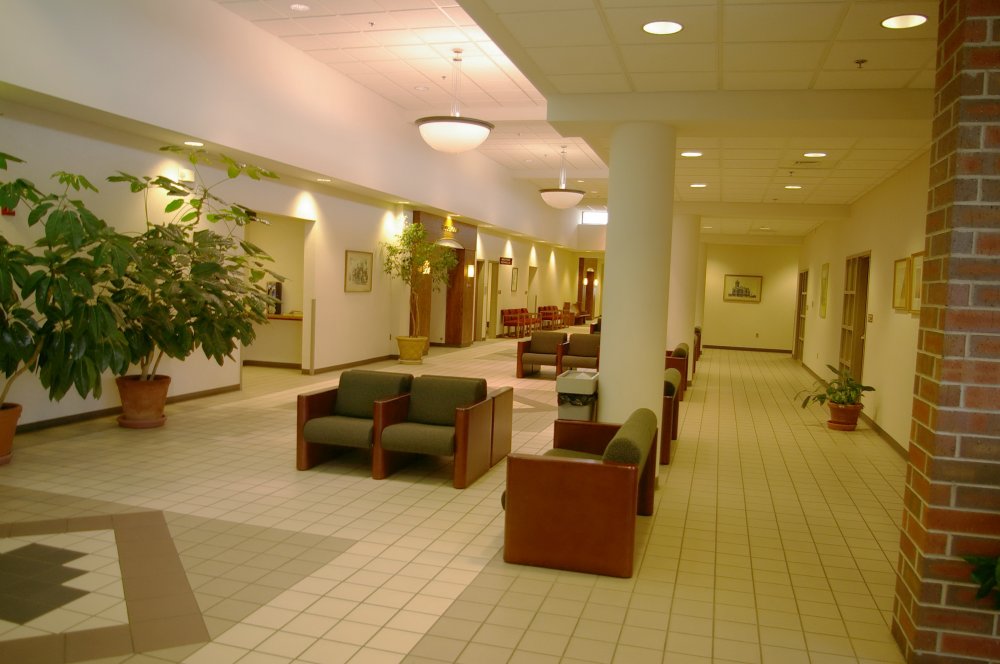 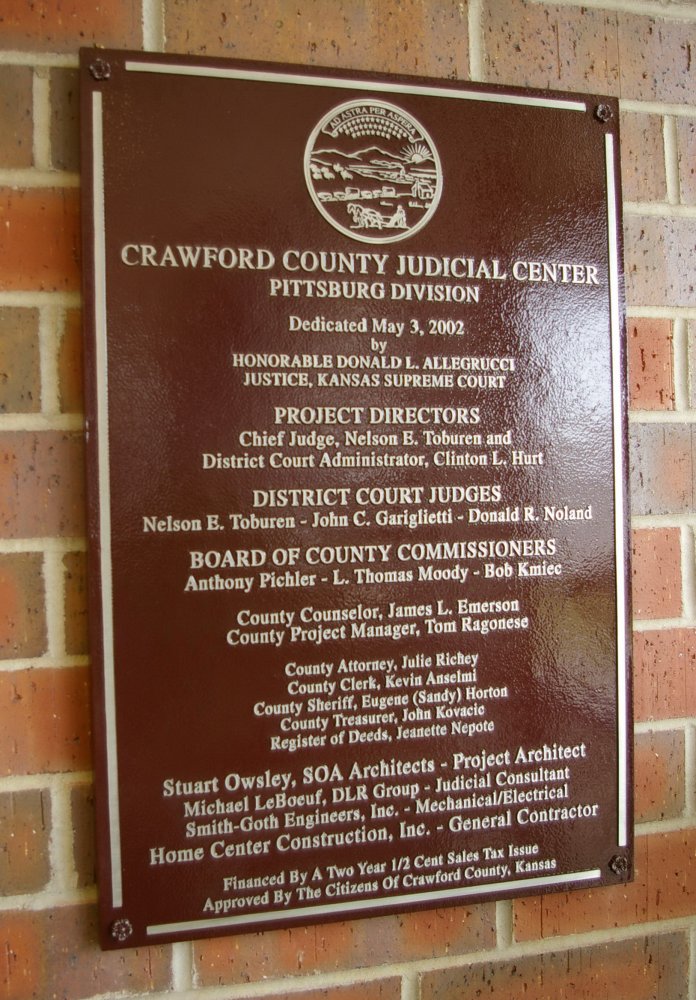