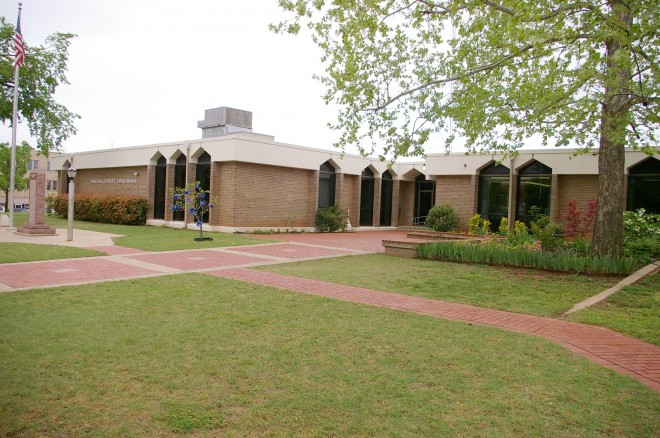 Description:  The building faces east and is a one story buff colored brick and concrete structure. The building is located on landscaped grounds in the center of Chandler. The building is “U” shaped with the east front having a projecting south wing with the entrance at the junction of the north wing. The long vertical windows are peaked at the top. A wide white colored band follows the flat roof line. The architect was Hudgins – Thompson – Ball and Associates and the contractor was Cowin Construction Inc. On the northwest side is the older Courthouse Annex built in 1966 to 1967. The courtroom is located in the Annex. The architect was Robert Vahlberg and the contractor was John Esposito. 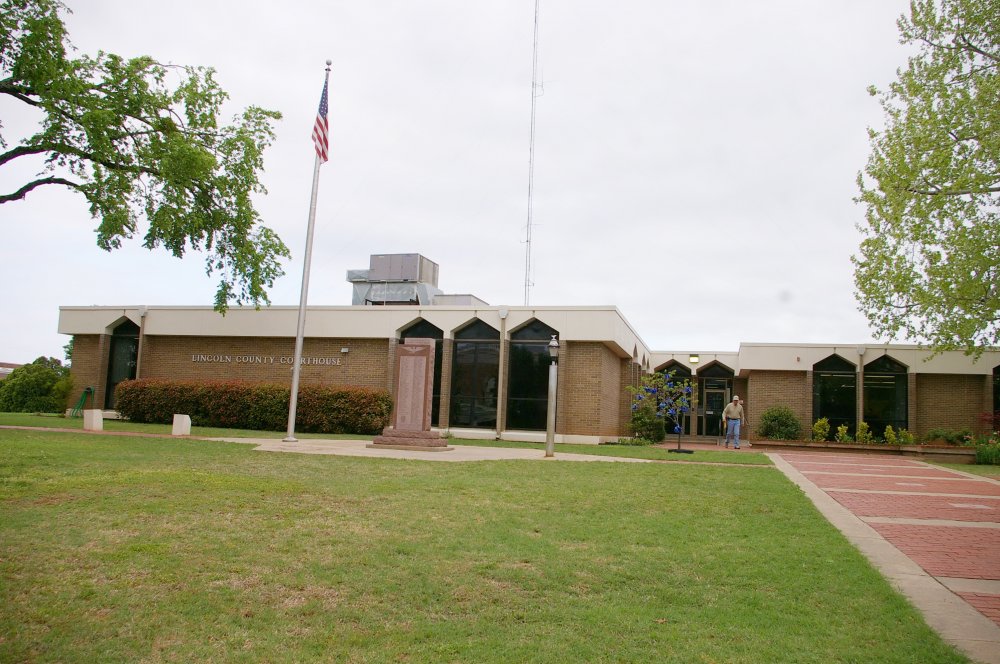 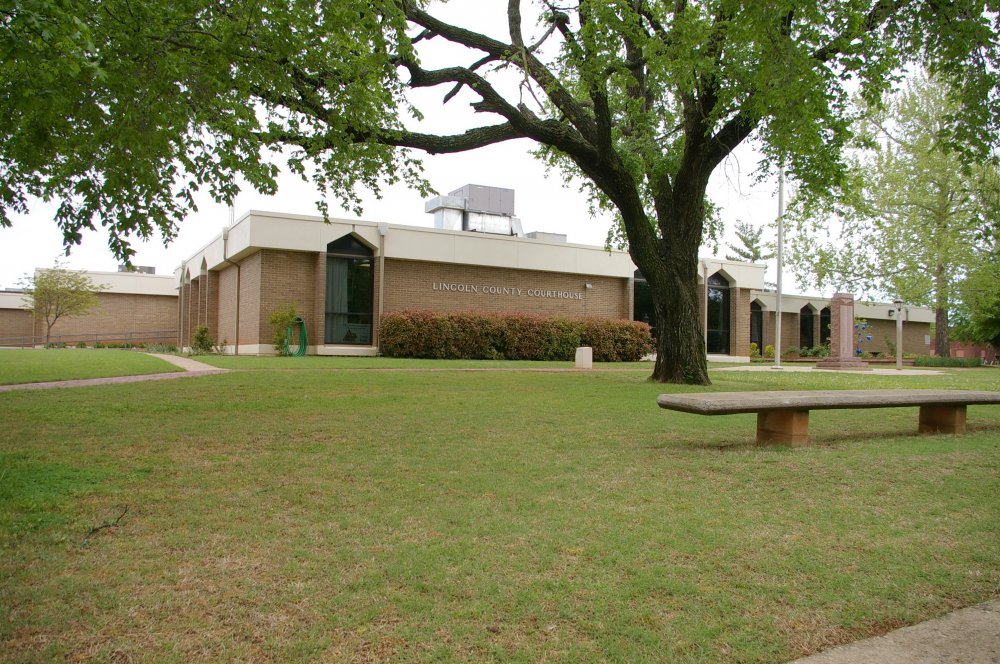 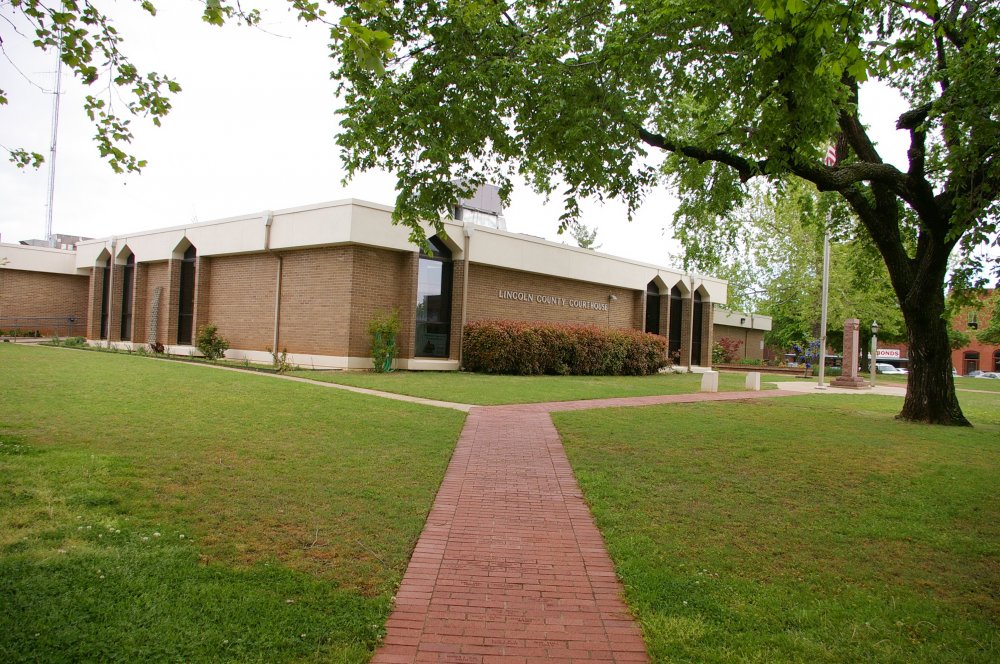 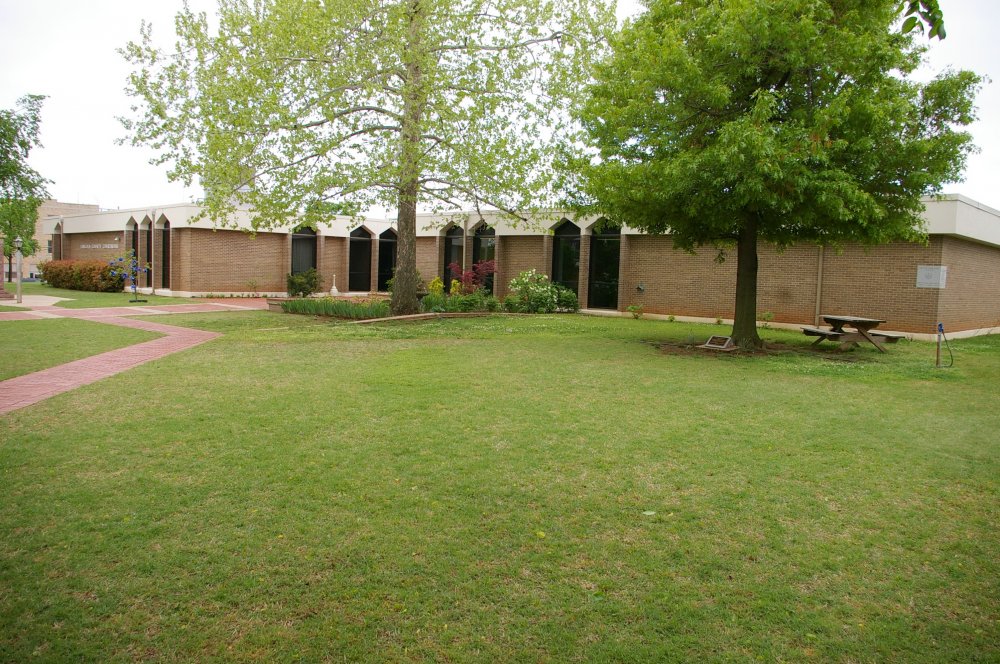 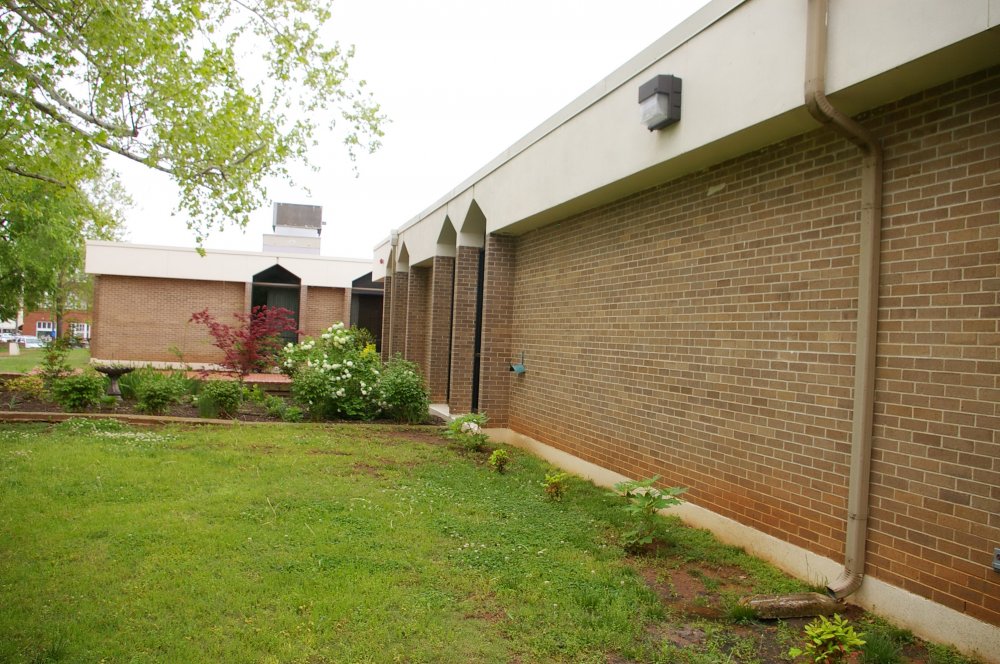 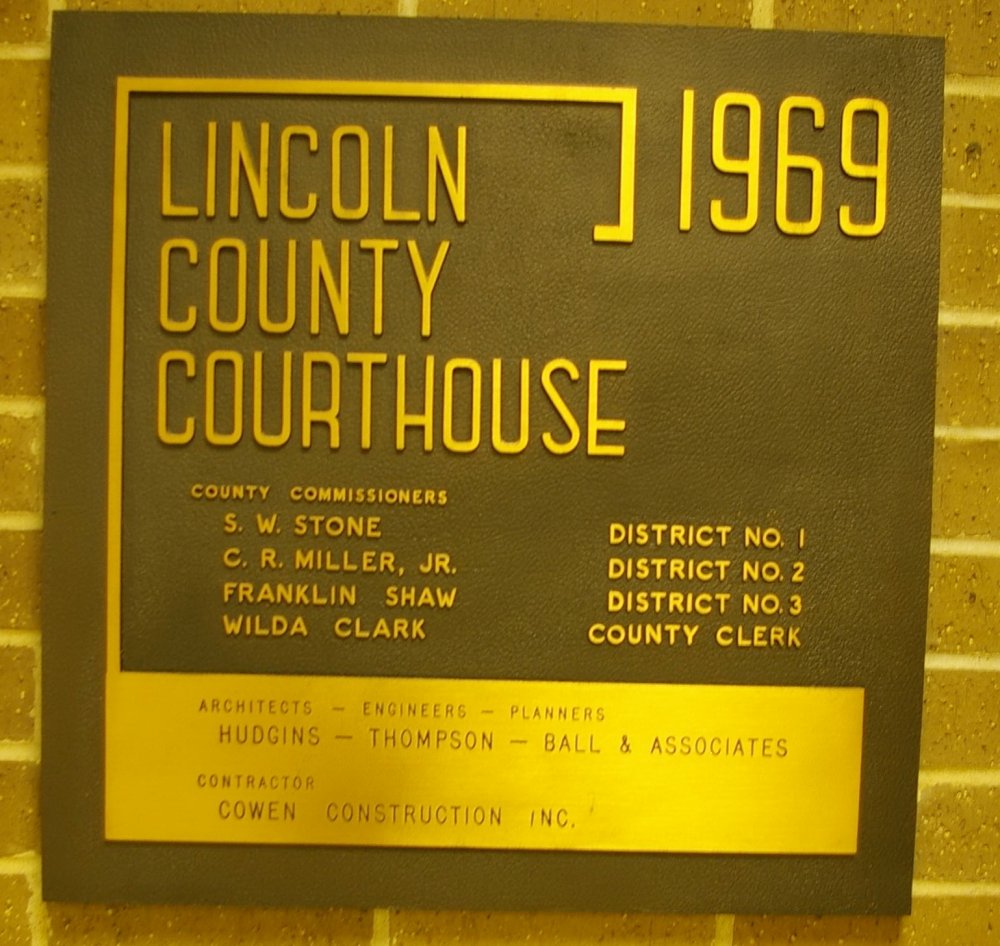 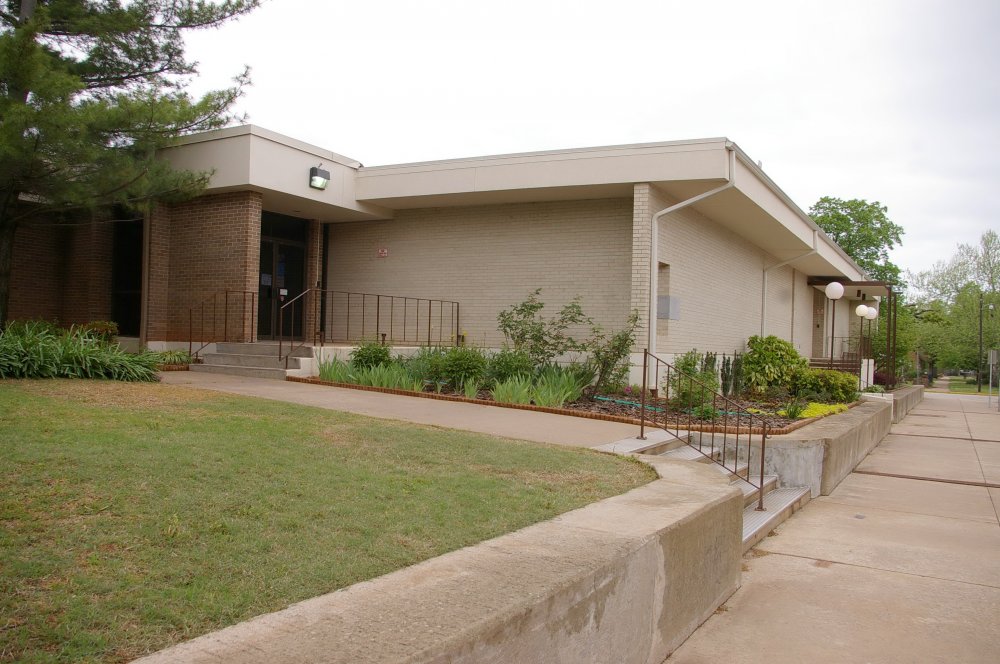 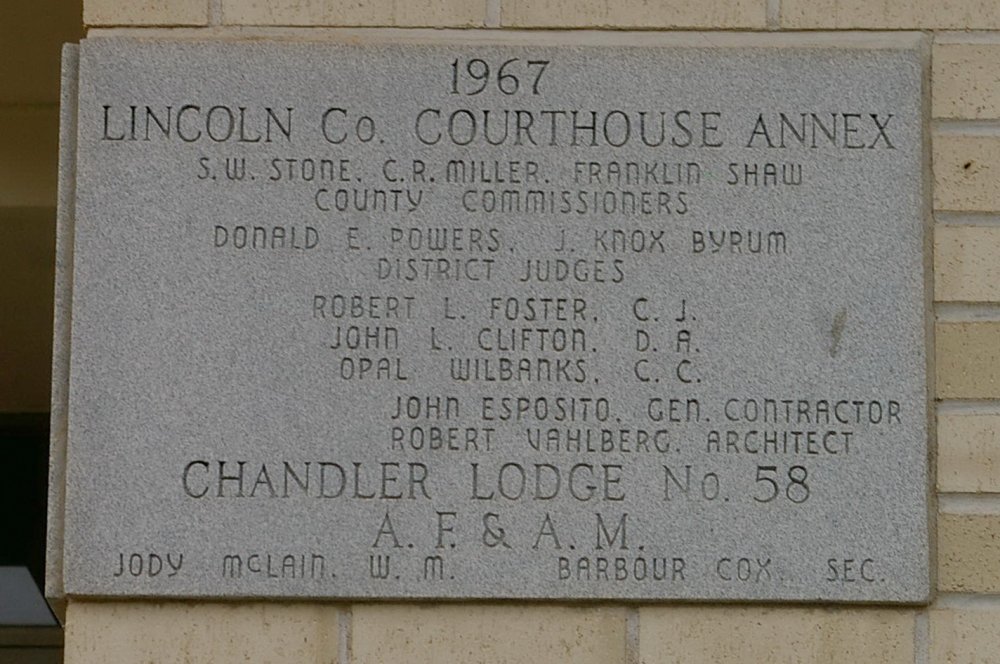 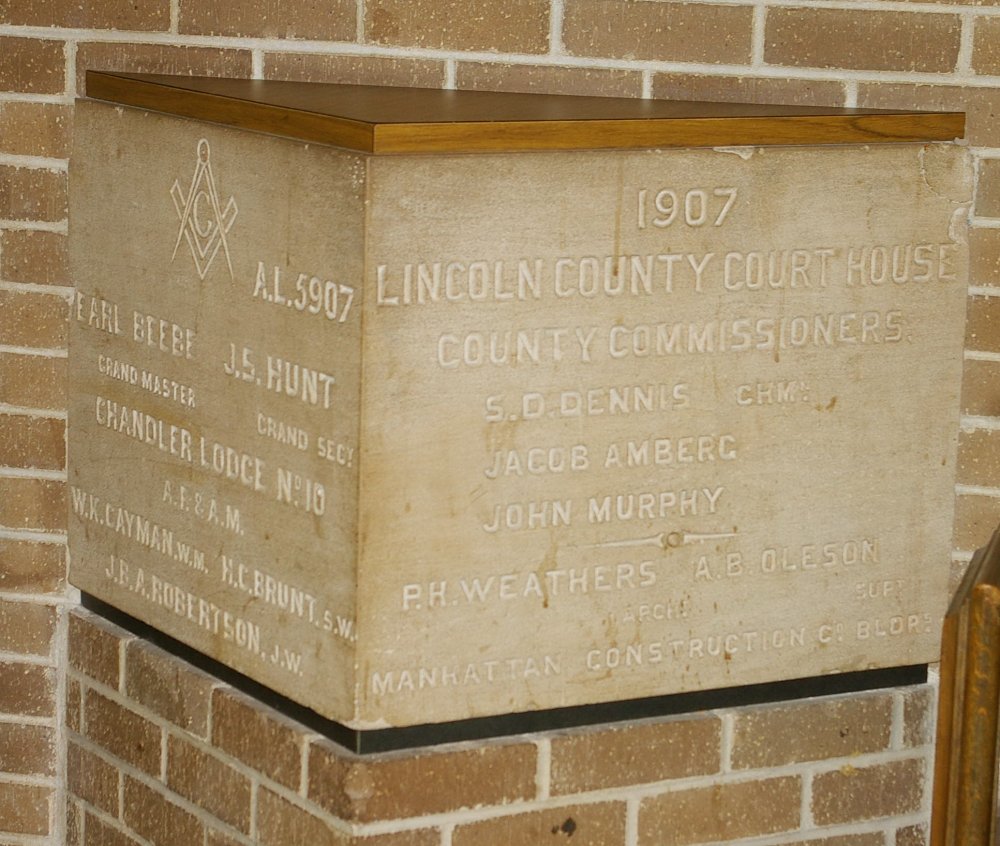