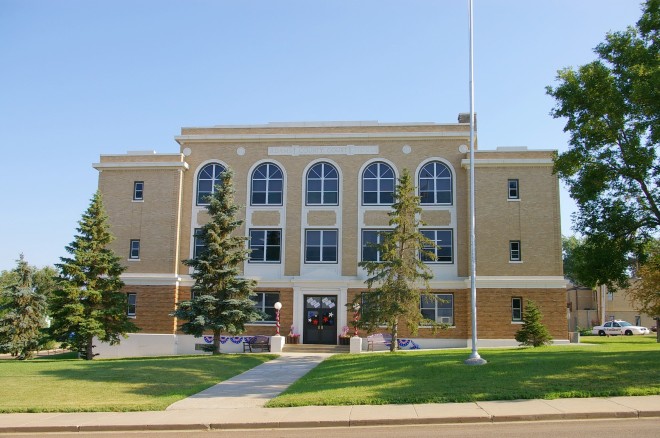 Adams County is named for John Quincy Adams ( 1848-1919 ), who was the General Land and Townsite Agent for the Chicago, Milwaukee & St. Paul Railroad whose main line was built through the southwestern part of North Dakota. 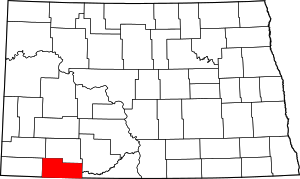 Description:  The building faces south and is a three story red and buff colored brick and concrete structure. The building is surrounded by landscaped grounds in the center of Hettinger. The building has a facing of repressed Hebron brick with red colored brick on the first story and buff colored brick on the upper stories and a foundation of white colored limestone. Along the south front, the windows on the second and third stories are arched. The east and west side portions of the building are lower. The roof line is flat. Interior spaces are marked by a stone veneer midway up the walls. The courtroom also has Doric pilasters, many original lighting fixtures, and a rusticated arch over the entry door. The building houses the County District Court of the Southwest Judicial District.

History:  The county was created in 1907 and Hettinger was selected as the county seat. The first courthouse was a two story wood frame structure designed and built by A A Jackson 1n 1907. The second and present courthouse was constructed in 1928 to 1929. 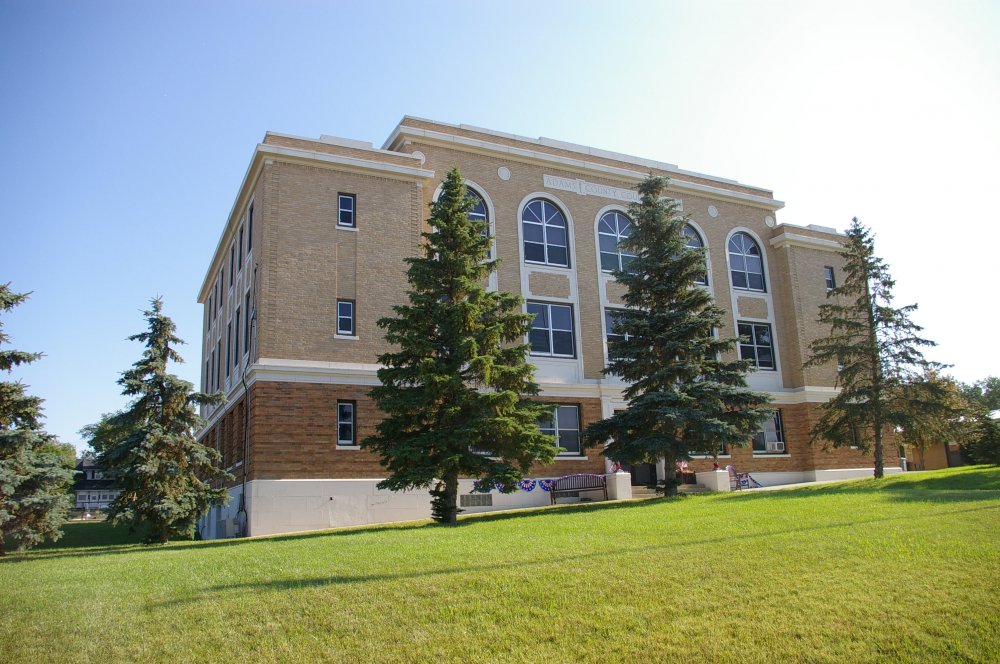 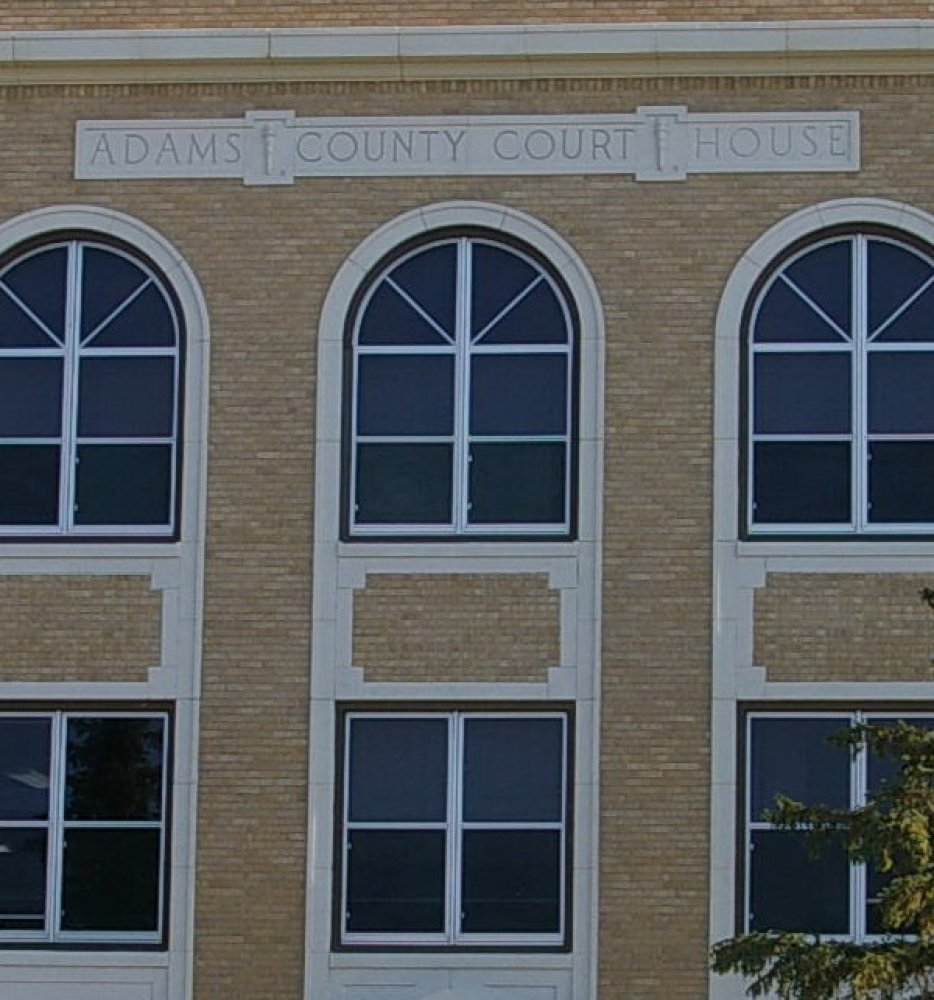 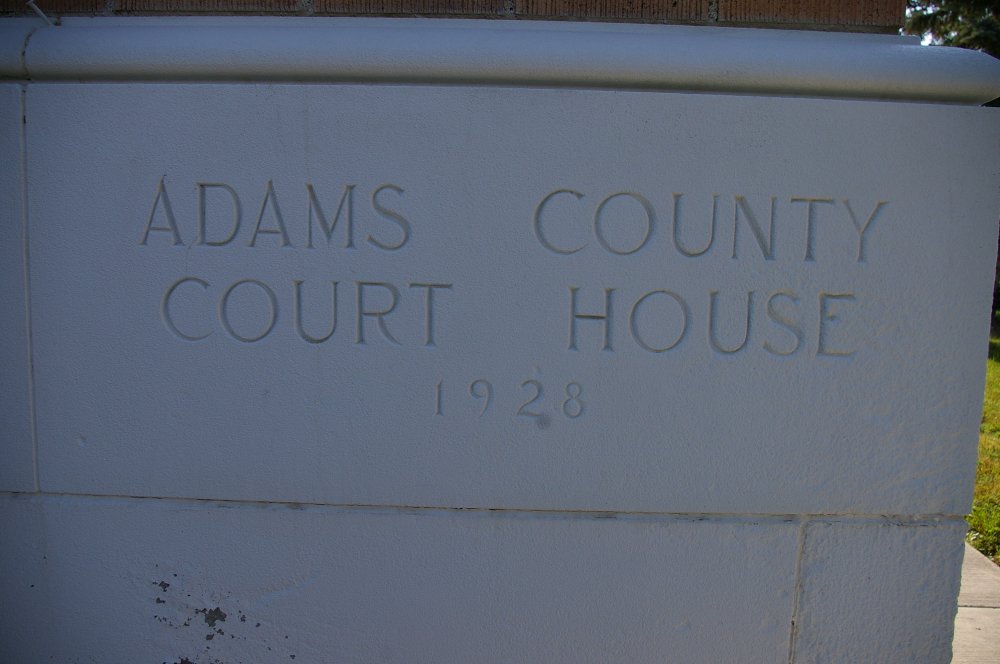 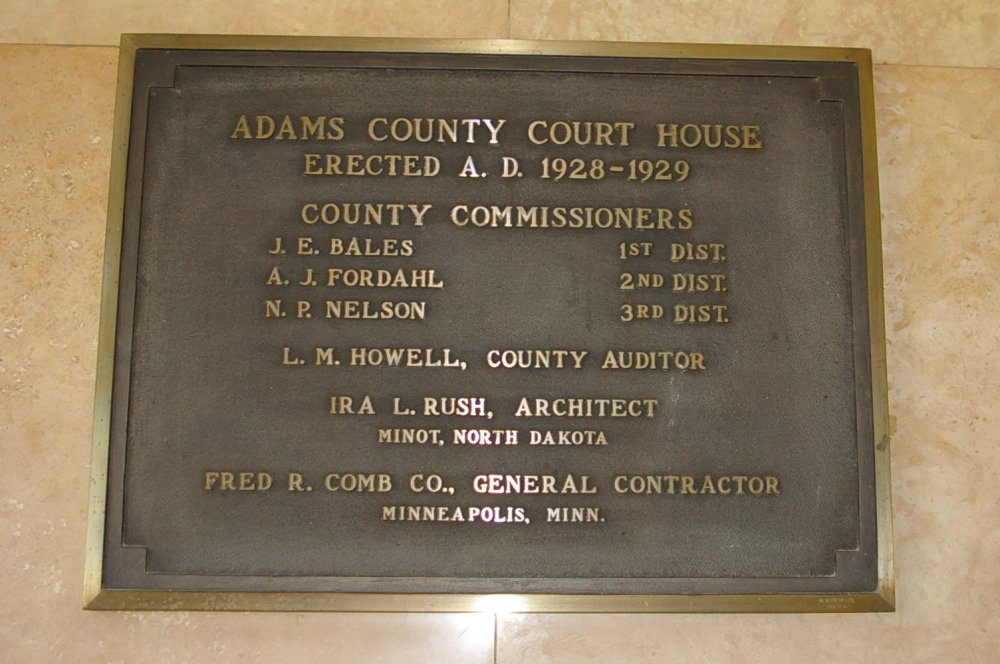 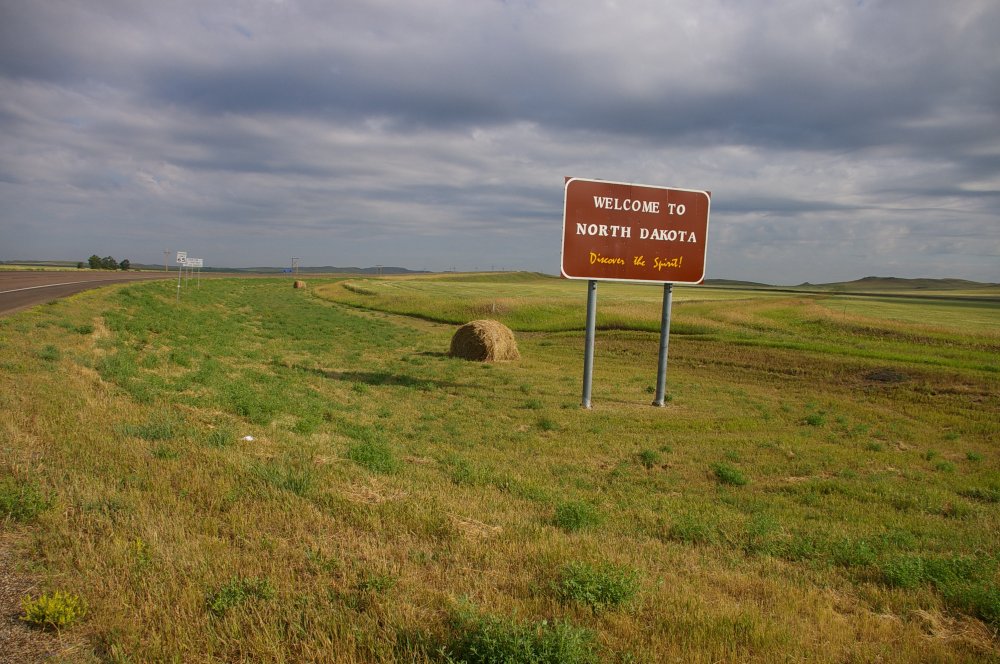