Dunn County is named for John Piatt Dunn of Bismarck,  North Dakota ( 1839-1917 ), an 1872 arrival who opened the first drug store in North Dakota and who was a civic and commercial leader.

Description:  The building faces south and  is a one story dark brown colored brick and concrete structure. The building is located on landscaped grounds in the center of Manning. The south front of the rectangular shaped building has a single thin column supporting the brick portico. Two horizontal brown colored bands wrap around the exterior. The building has small windows and the roof line is flat. The building houses the County District Court of the Southwest Judicial District. 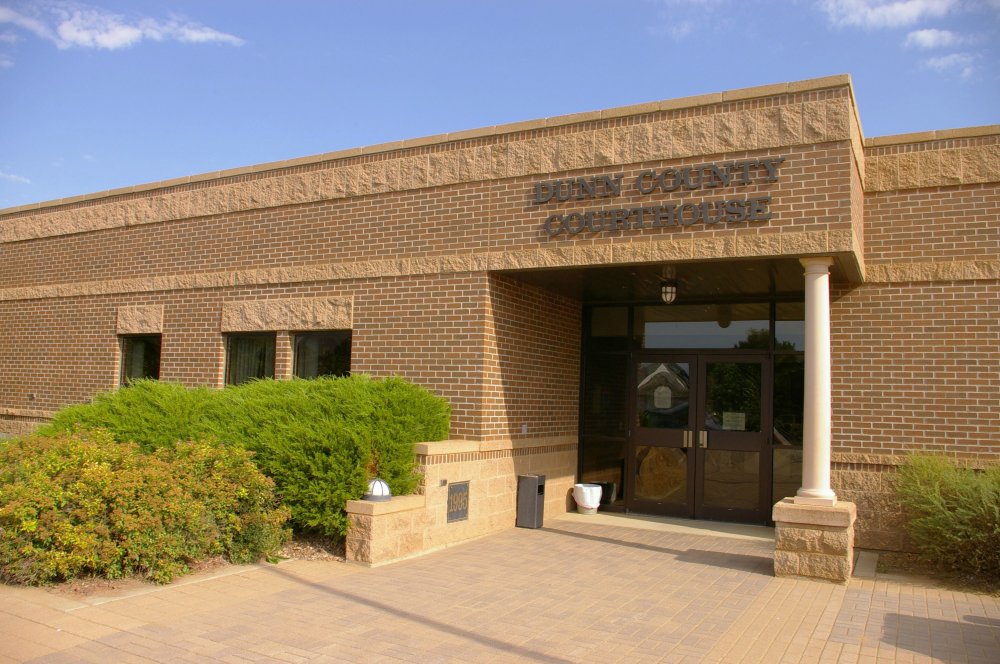 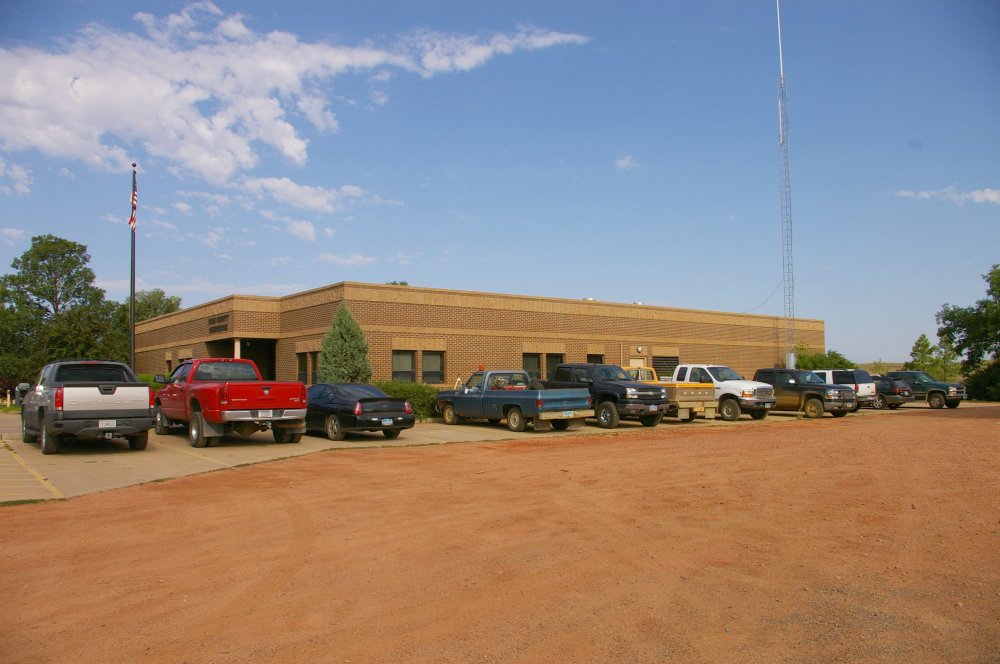 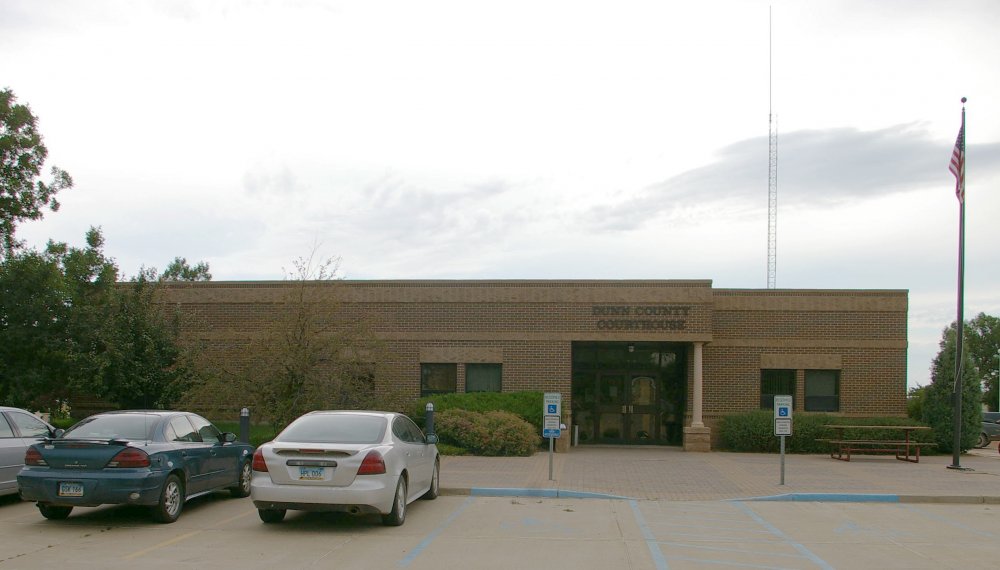 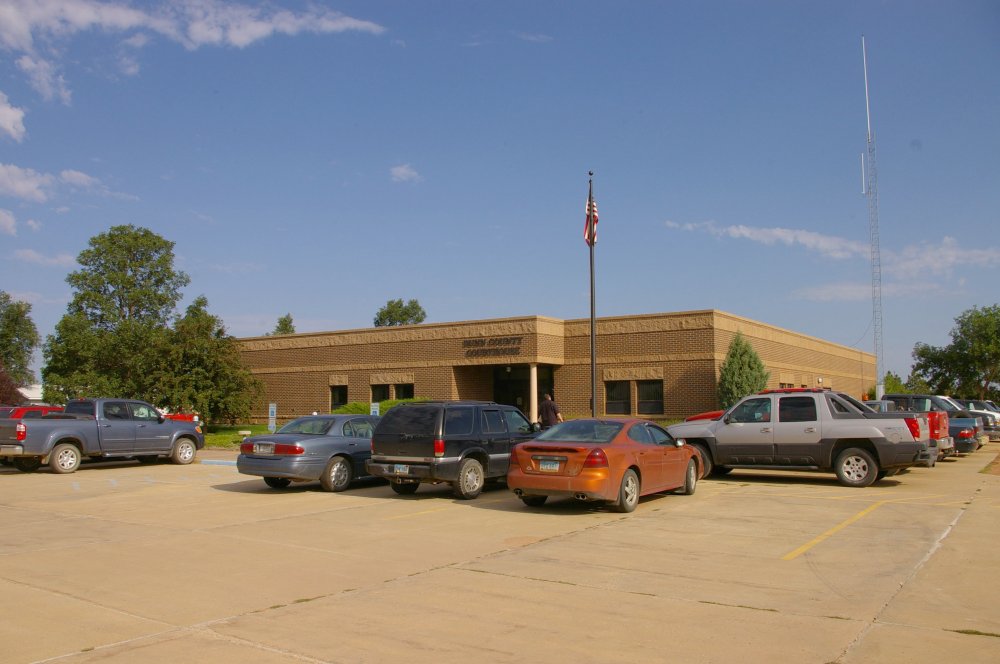 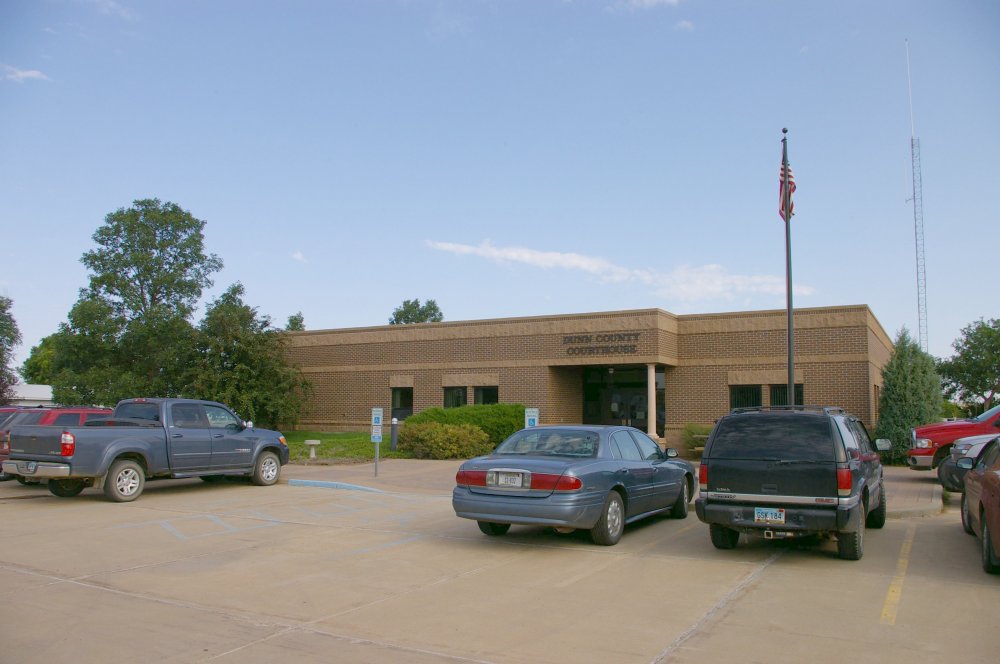 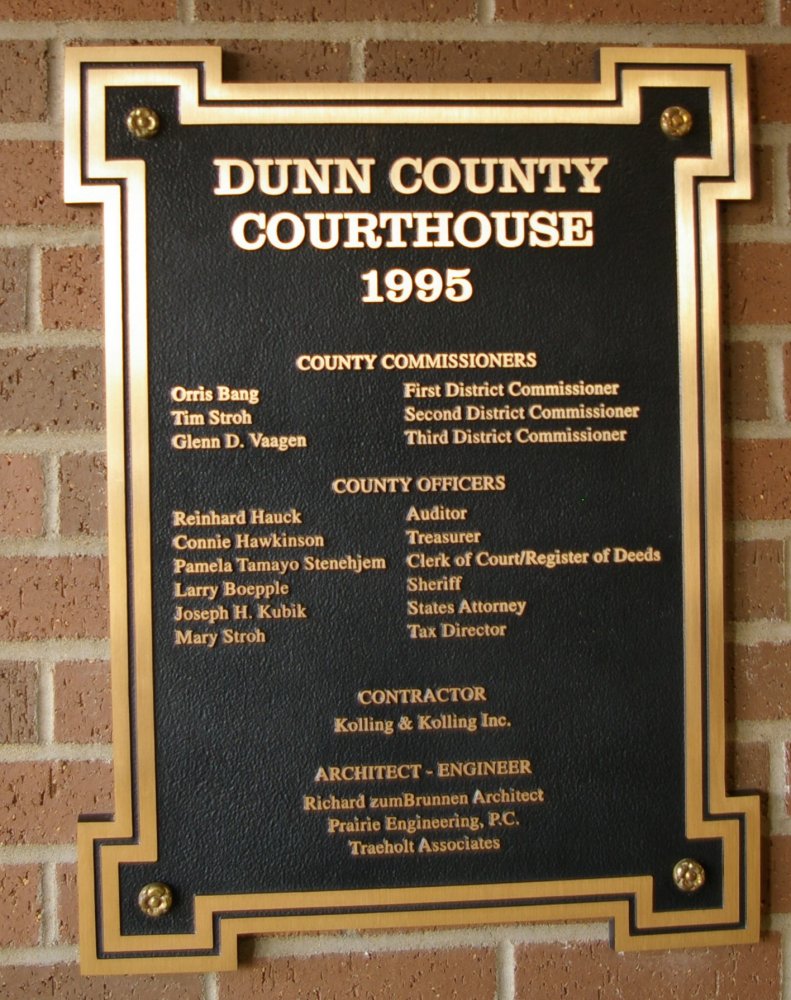 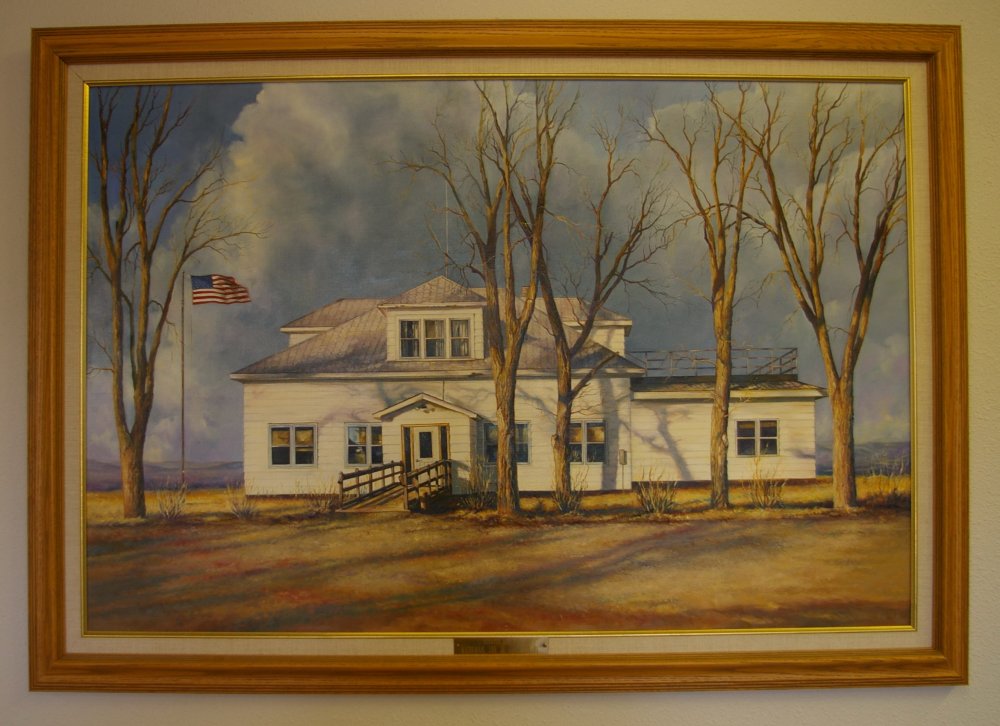