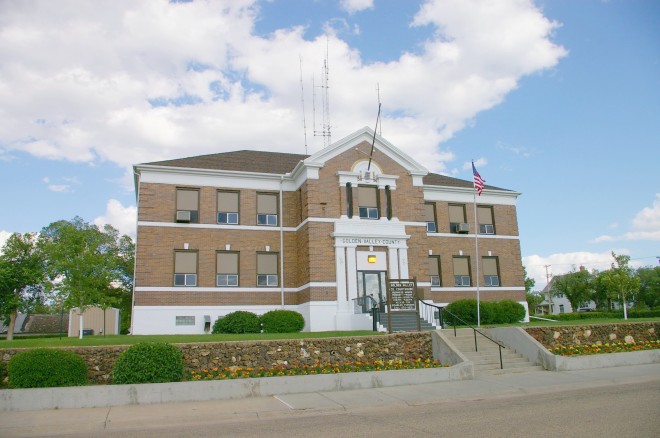 Description:  The building faces west and is a two story dark red colored brick and concrete structure. The building is located on landscaped grounds in the center of Beach.The west front has a projecting section with the entrance framed in white colored concrete and rising to a hipped roof. The prominent entry bay is decorated with features from the Federalist revival style: double wooden pilasters stand beneath an ornamental wooden entablature; two pairs of brick pilasters separated by a large window and capped by an arch form a Palladian window; and a broken pedimented gable is at the summit. Horizontal white colored bands run below the windows and a wide band runs below the roof line. In 2013, an addition was constructed on the east side. The architect was Hulsing and Associates of Dickinson and the contractor was Ainsworth-Benning Construction, Inc. of Spearfish, South Dakota.

See:  The other Federalist Revival style courthouse in North Dakota is located in Logan County.

History:  In 1912, Beach was named as the county seat and offices were rented. The first and only courthouse was constructed in 1923 to 1924. 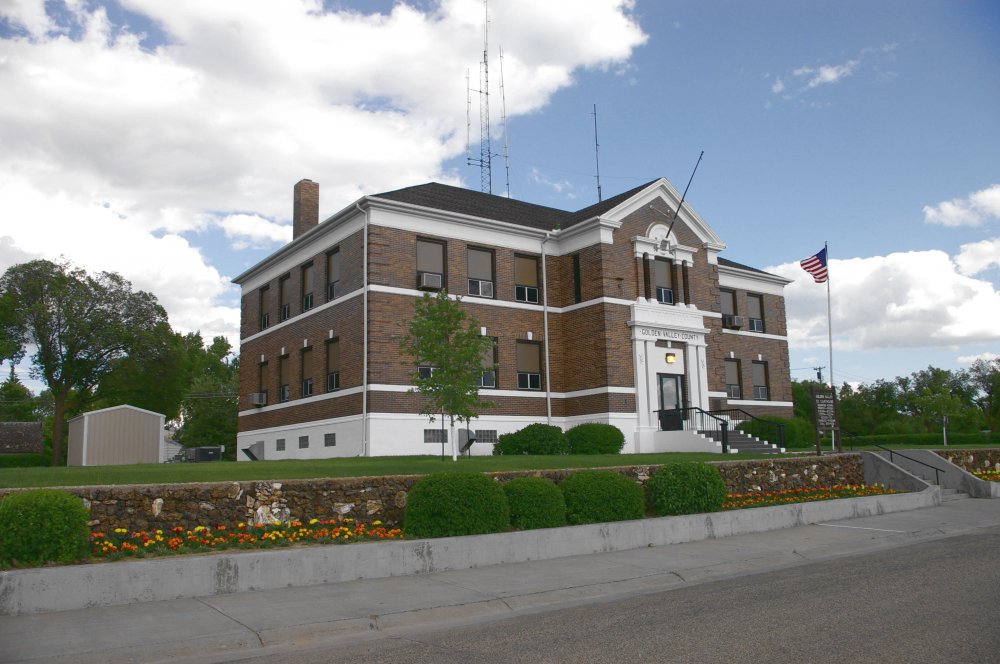 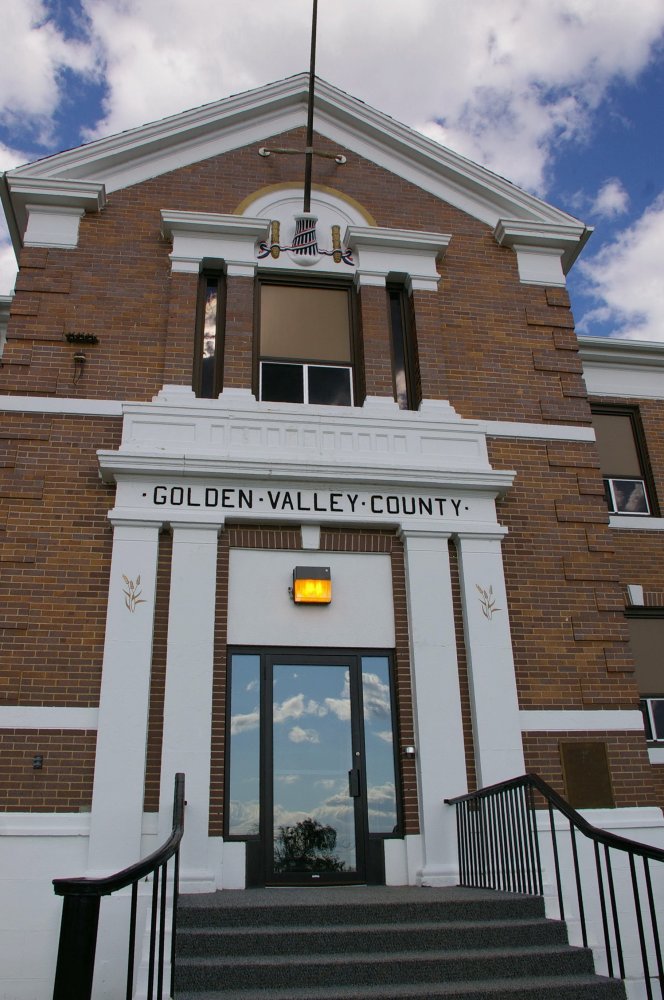 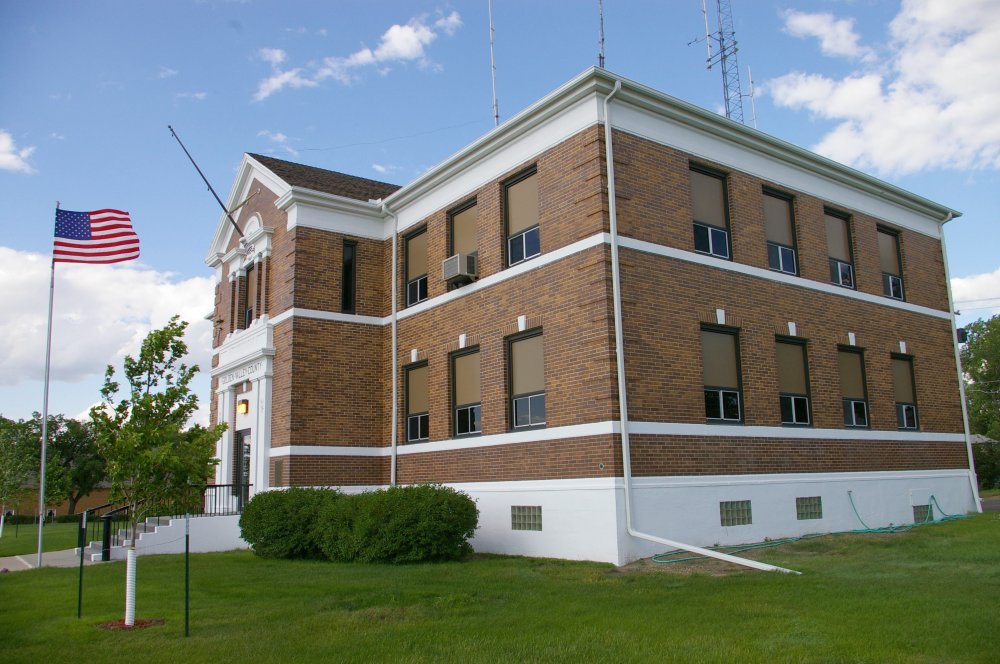 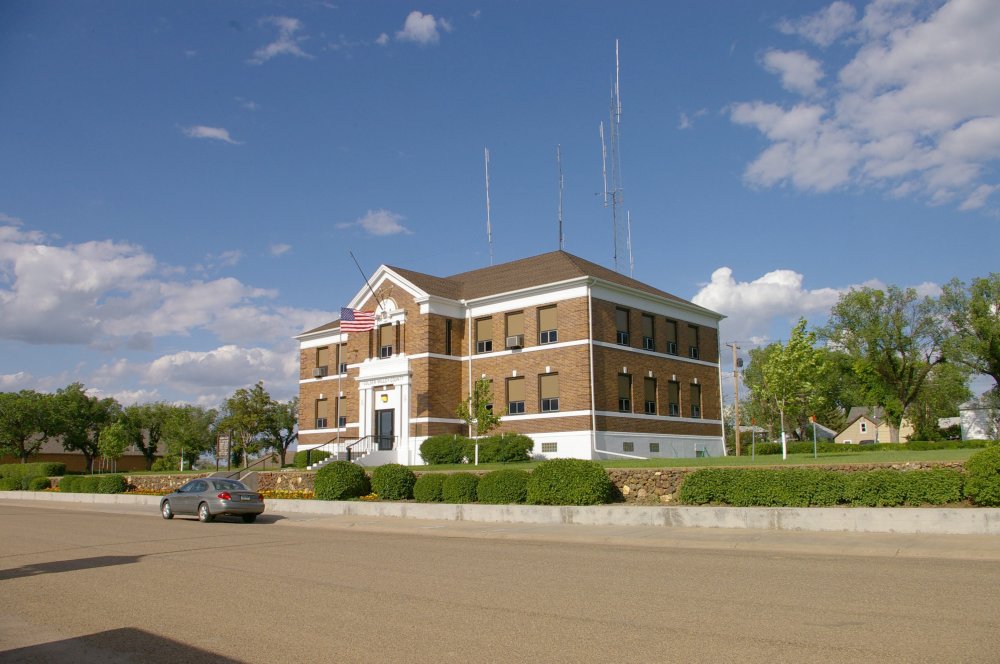 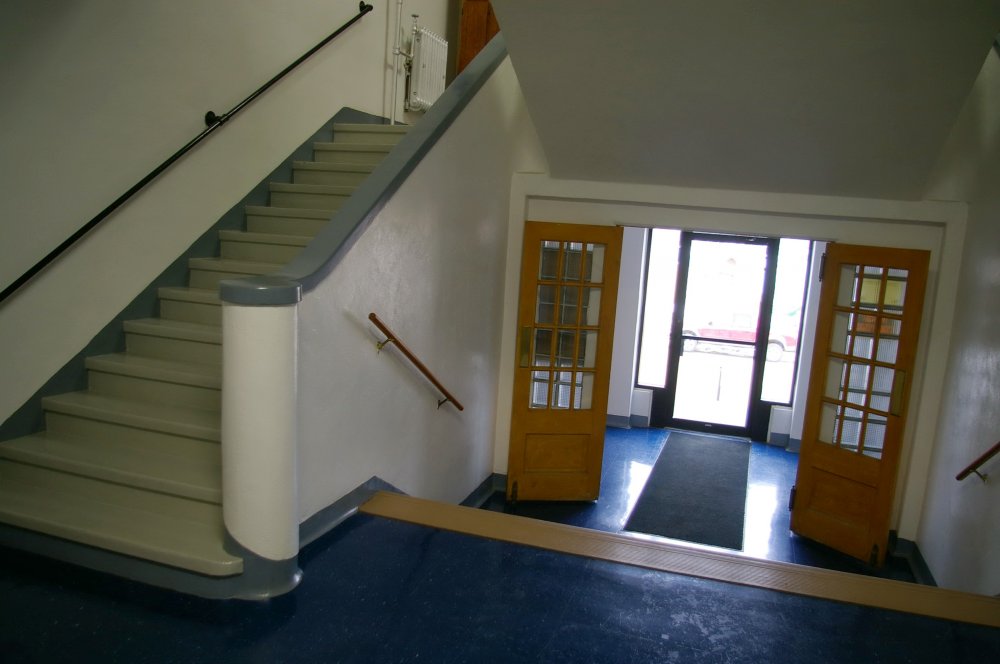 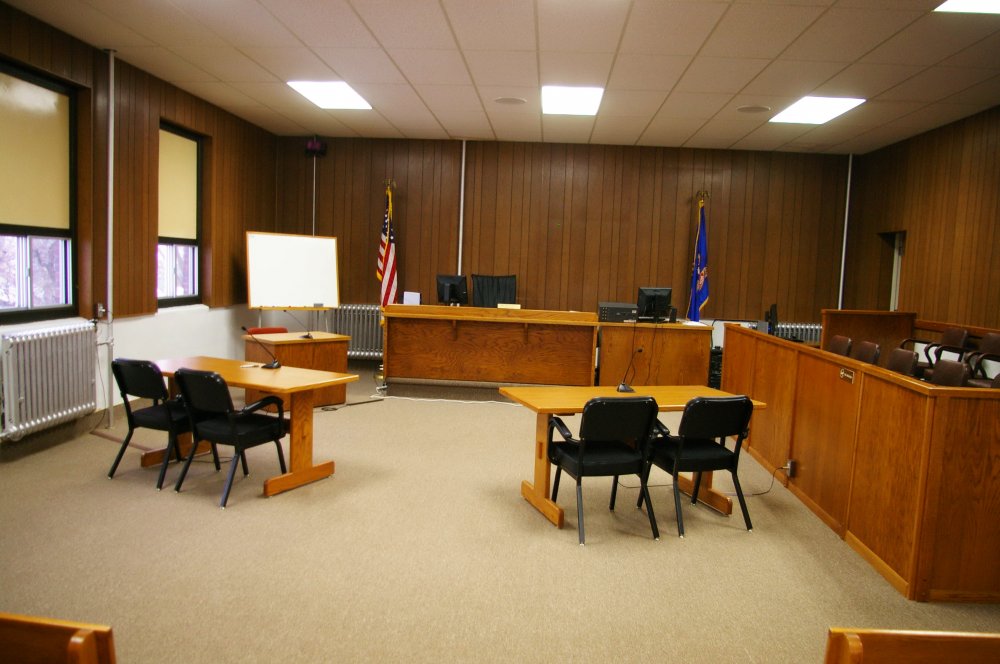 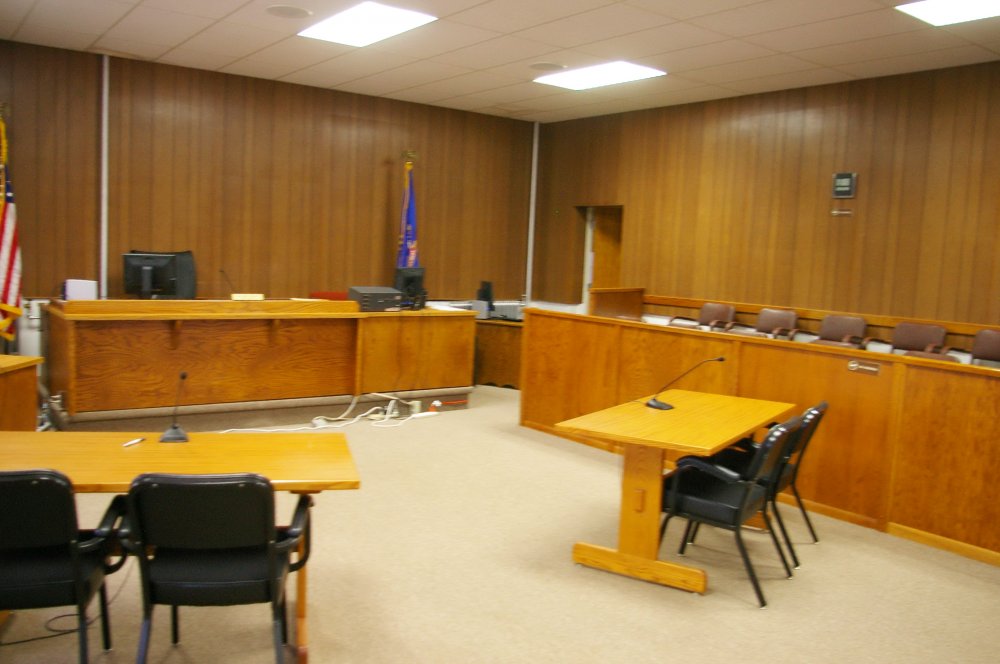 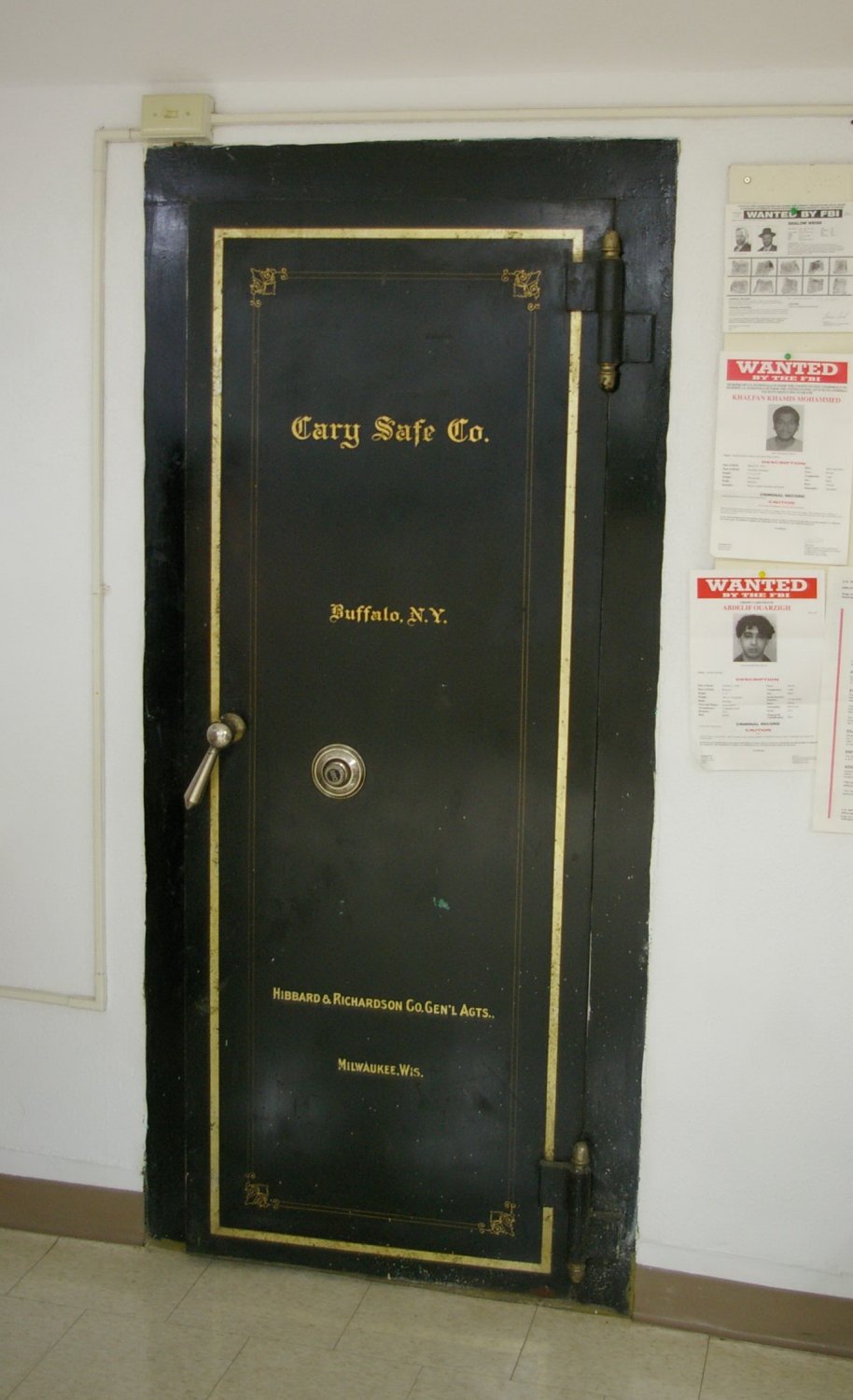 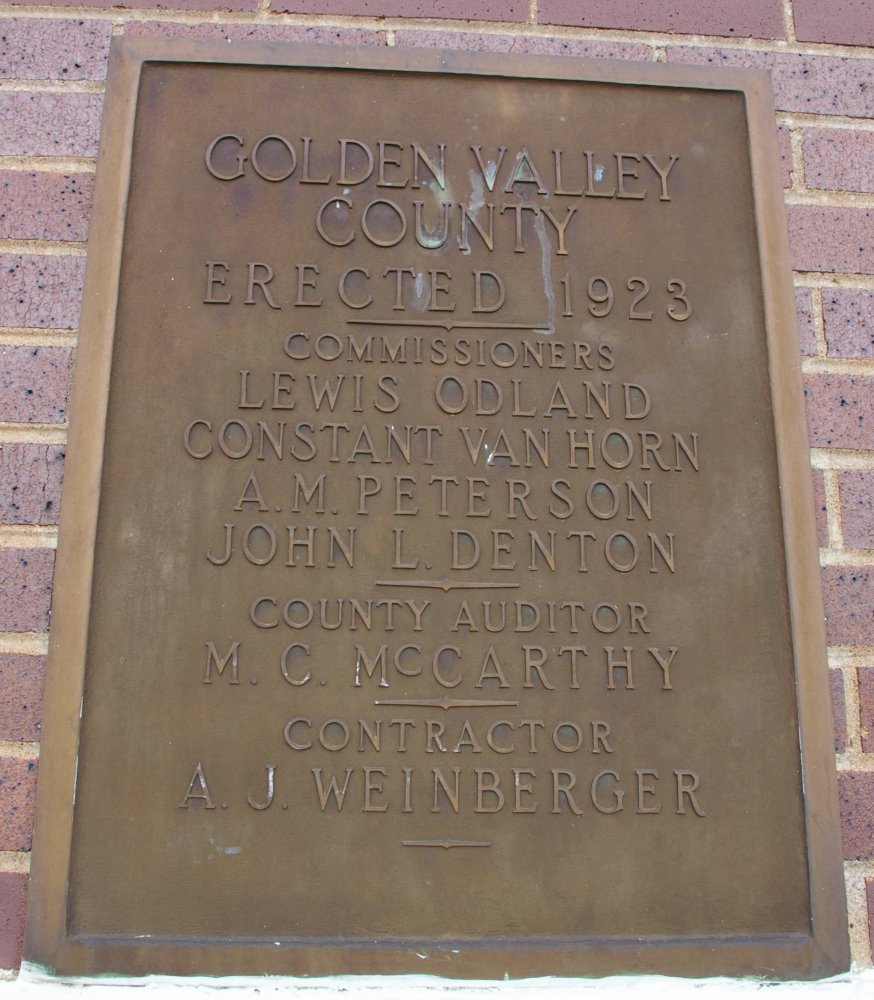 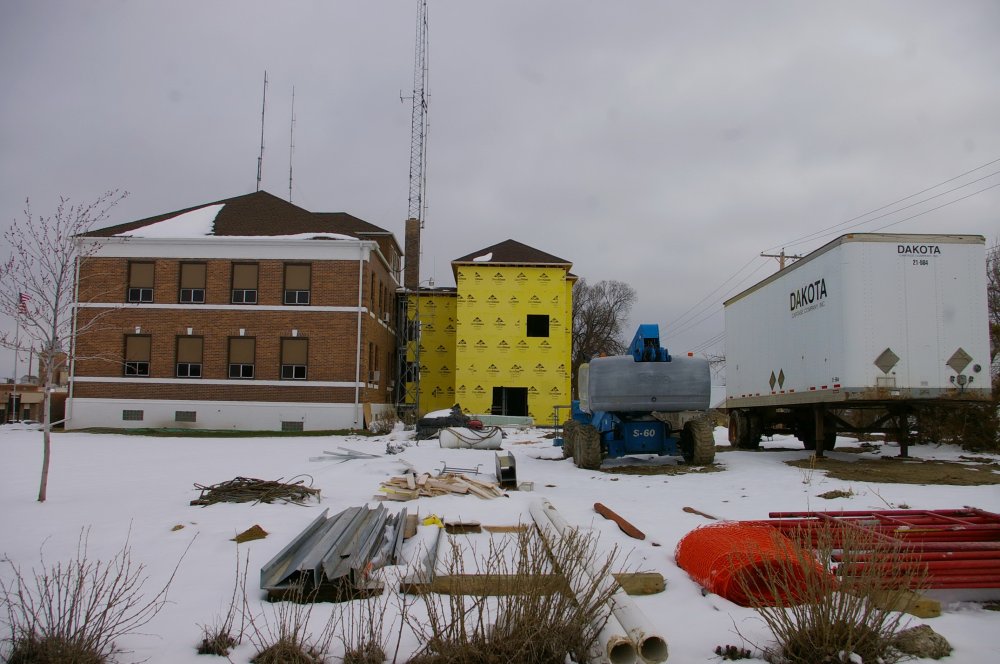 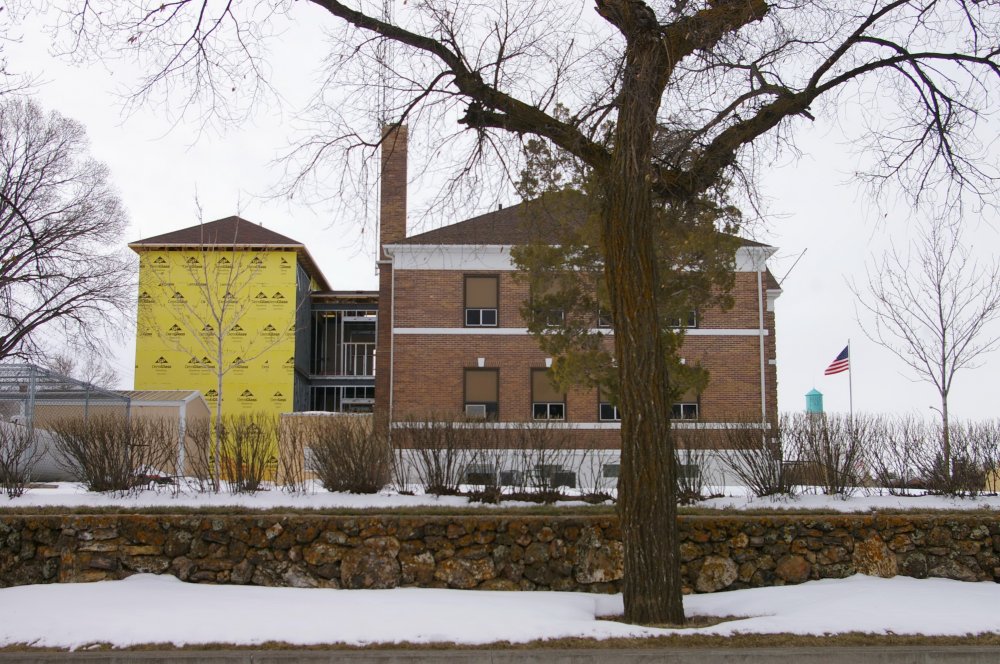