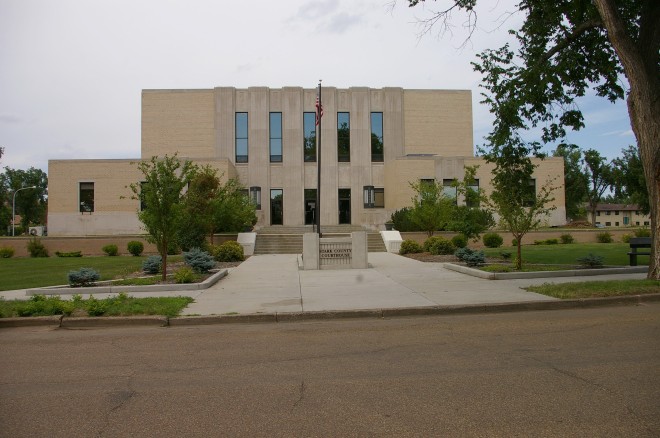 Stark County is named for George Stark, who was vice president of the Northern Pacific Railroad from 1875 to 1879.

Description:  The building faces south and is a three story buff colored Hebron face brick, limestone and concrete structure. The building is located on landscaped grounds in the center of Dickinson. The south front is faced with gray-white colored Indiana limestone which extends up to the roof. The windows are vertical. The low one story east and west wings extend from the building. The roof line is flat. The corridors and main stairway have wall wainscott of Kasota stone with Cardiff Green trim. The stair rails, trim in the lobby, and door bucks in the lobby are of solid bronze. The courtroom is finished in black walnut. Birch serves as the wood for interior doors and trim throughout the building. The building houses the County District Court of the Southwest Judicial District. In 2015 to 2017, an addition was constructed on the northwest side. The architect was JLG Architects and the contractor was Scull Construction. 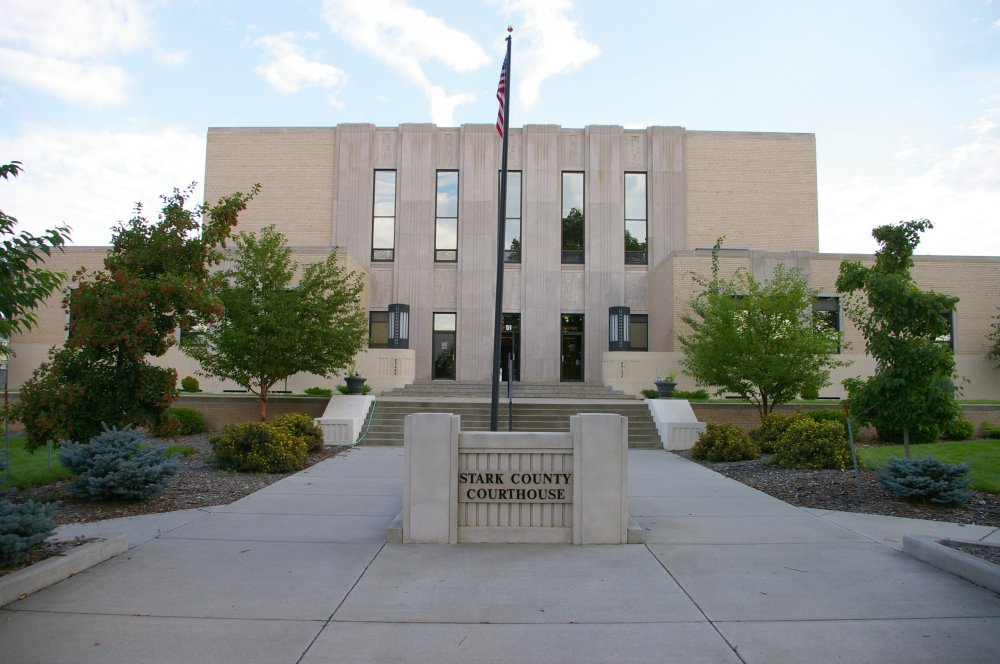 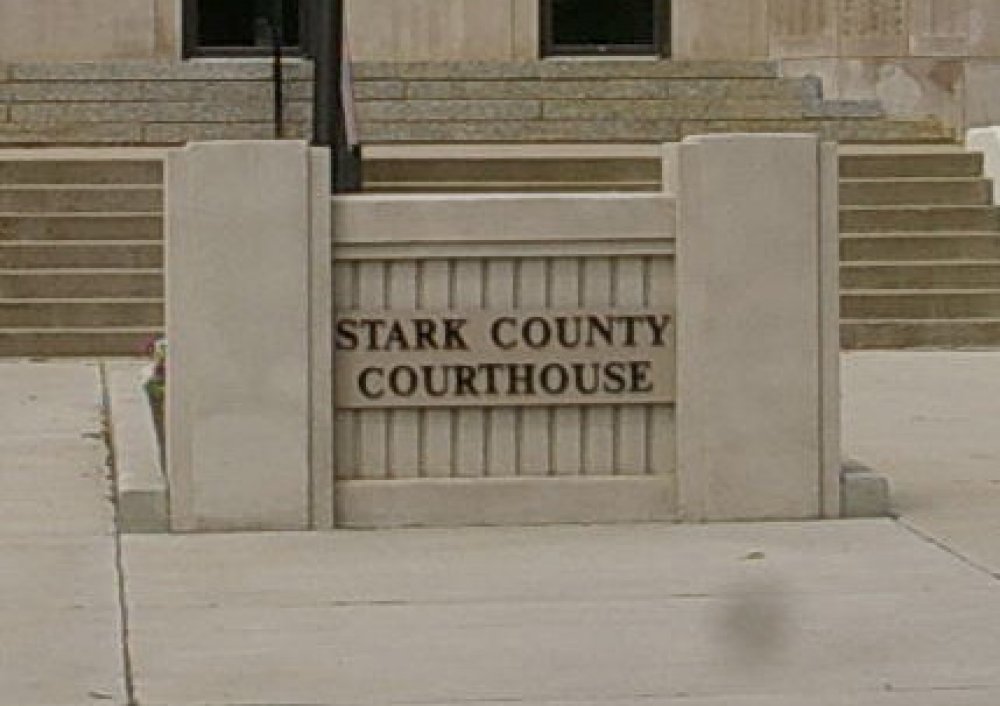 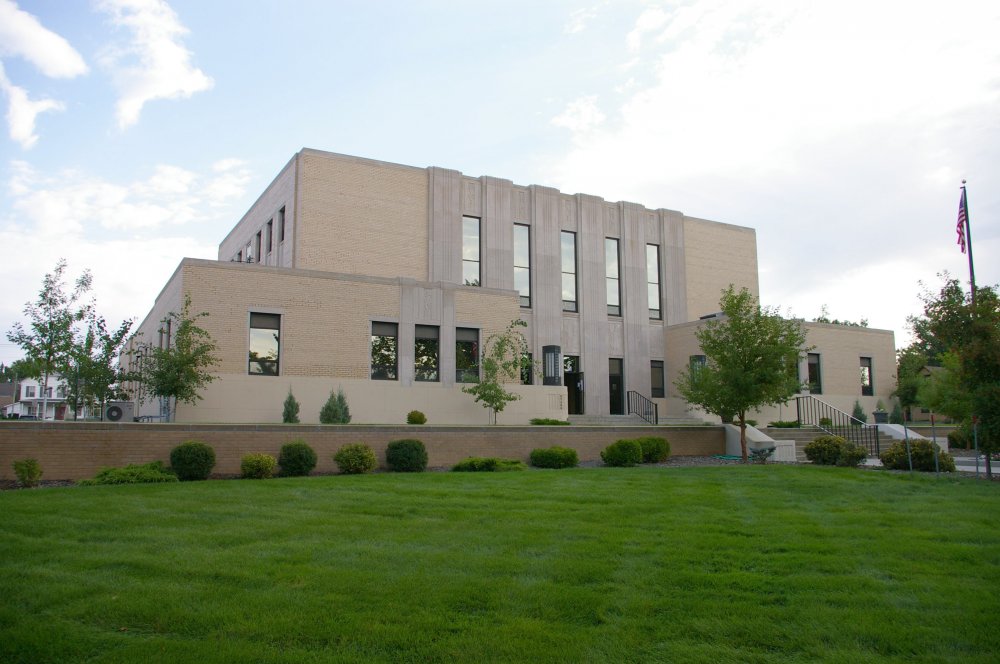 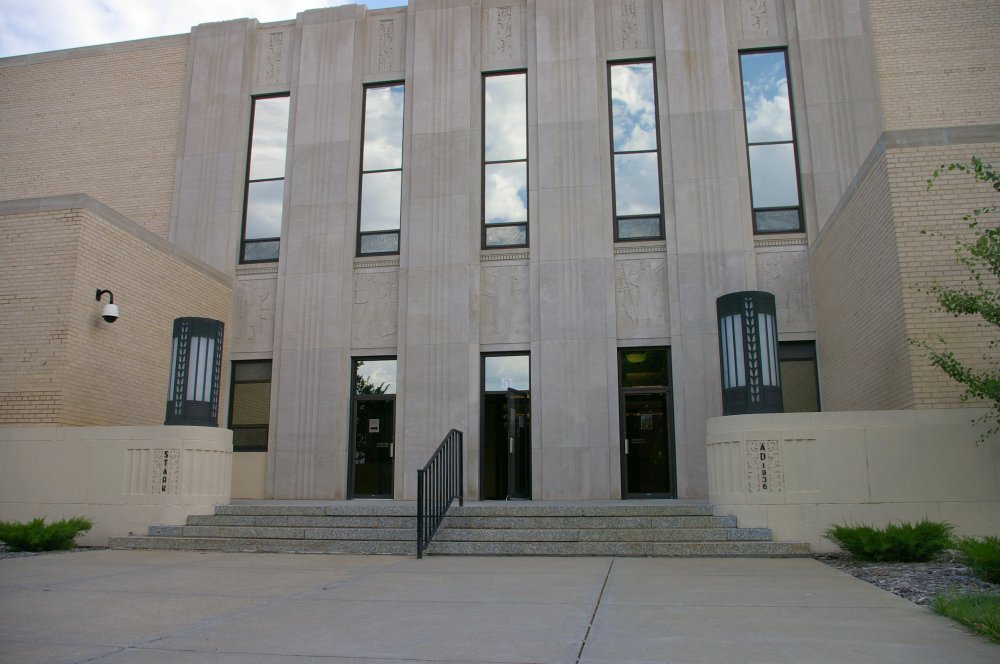 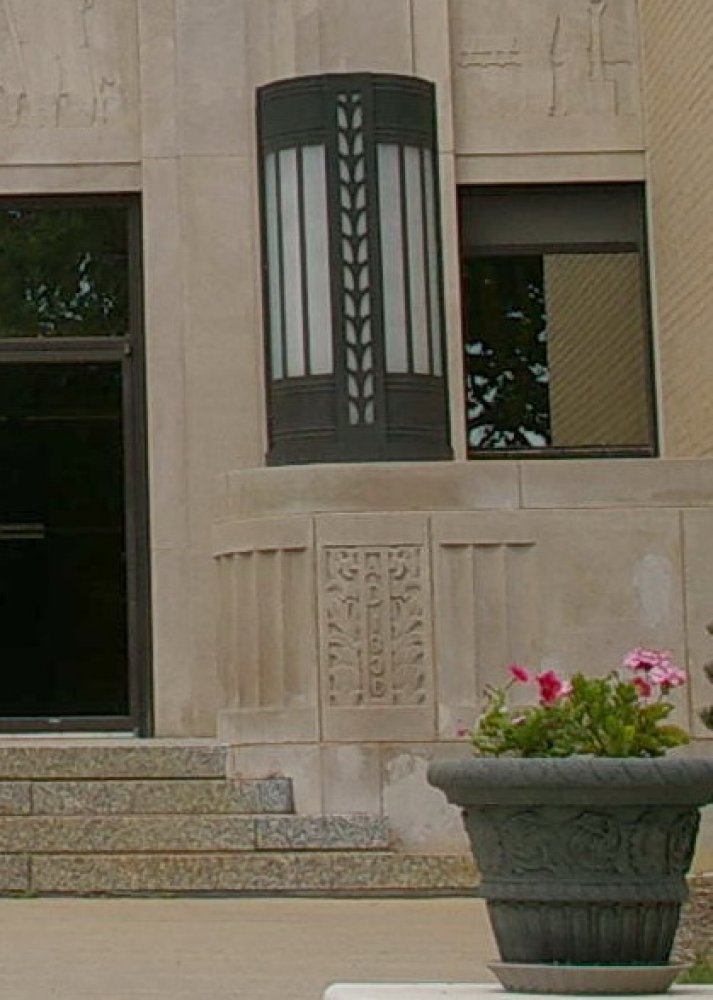 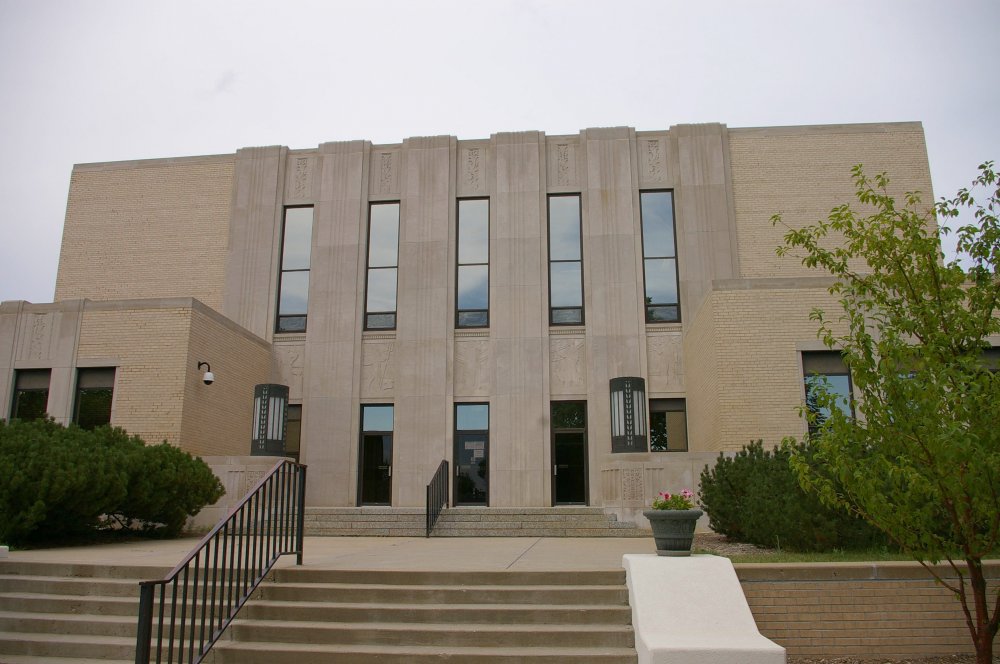 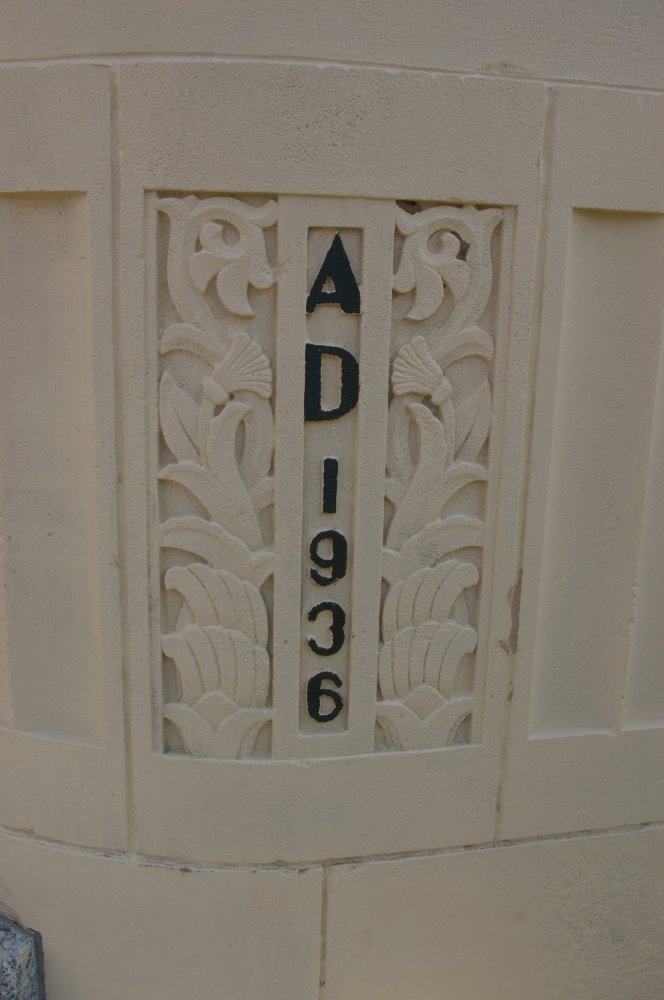 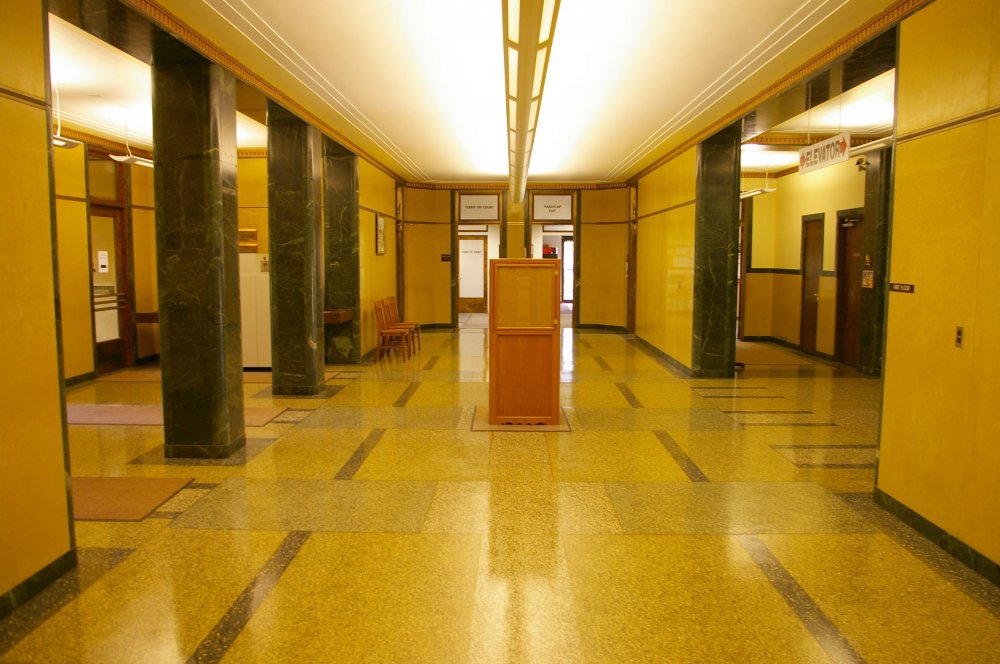 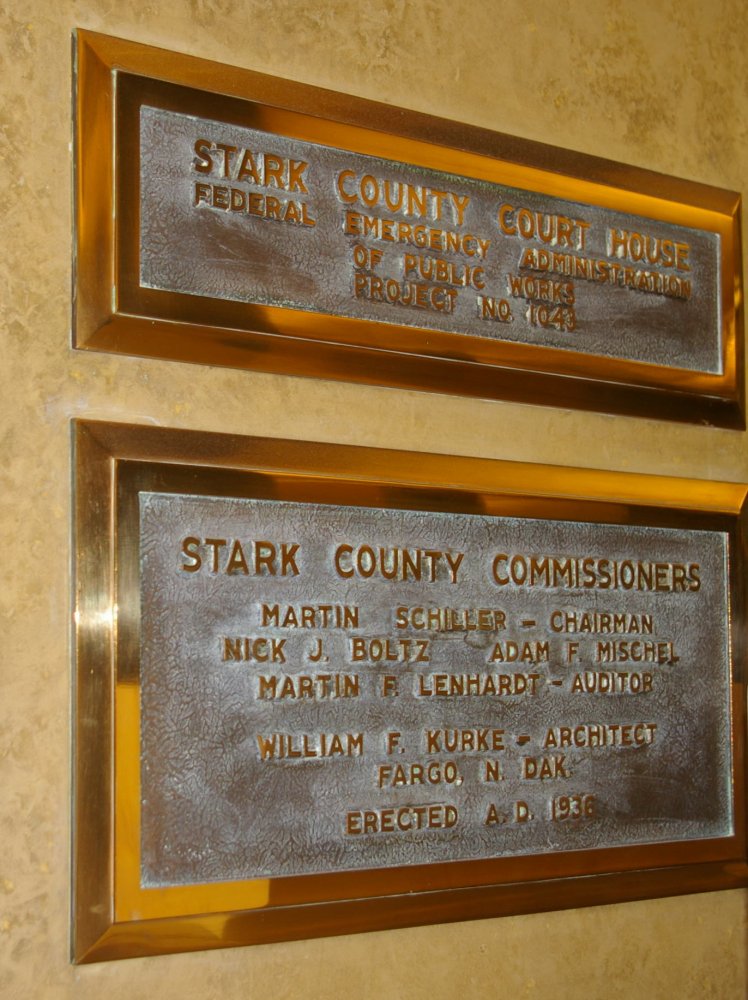