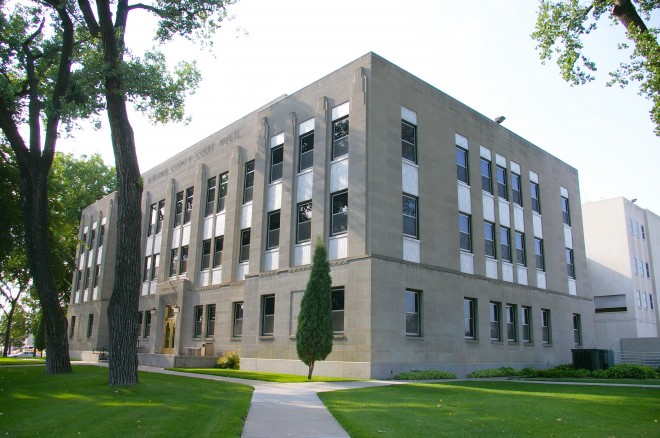 Burleigh County is named for Walter Atwood Burleigh ( 1820-1896 ), a physician, attorney and railway contractor who served as Indian agent, delegate to Congress from the Dakota Territory and legislator. 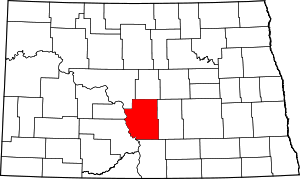 Description:  The building faces south and is a three story gray colored Indiana limestone and concrete structure. The building is located on landscaped grounds in the center of Bismarck and Indiana limestone was used in the construction. The base of the building is pink colored granite. Aluminum spandrals emphasize the windows and the stairway rail. The roof line is flat. The murals in the vestibules depict the state and local history, and were the work of local artist Cell Gannon. On the north side is the Courthouse Annex which was built in 1960 and the second and third stories were completed in 1984. The third floor courtroom is finished with ornamental plaster beams, fluted Gotticino marble plasters and door trim. The wainscoting is of inlaid walnut and the furniture is ebony.

History:  Bismarck was named as the county seat in 1873. The court was located in a rented building in 1875. The first courthouse was built by P J Pauley & Brothers in 1881. The building was enlarge in 1908. The architect was Arthur VanHorn and the contractor was W W Bowe. The second and present courthouse was constructed in 1930 to 1931.

See:  The North Dakota Supreme Court is located in Bismarck. 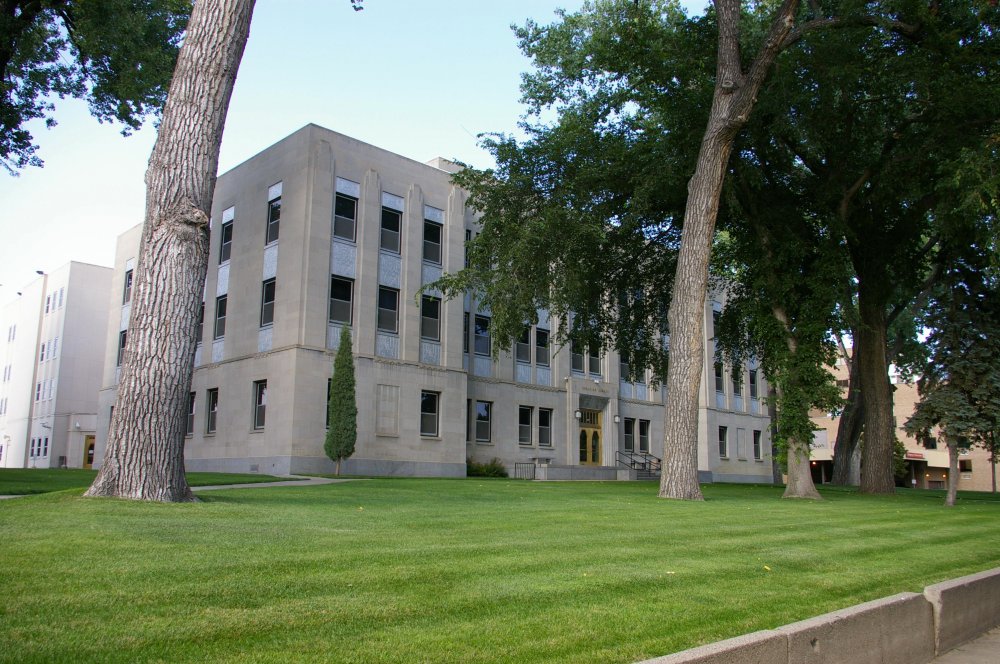 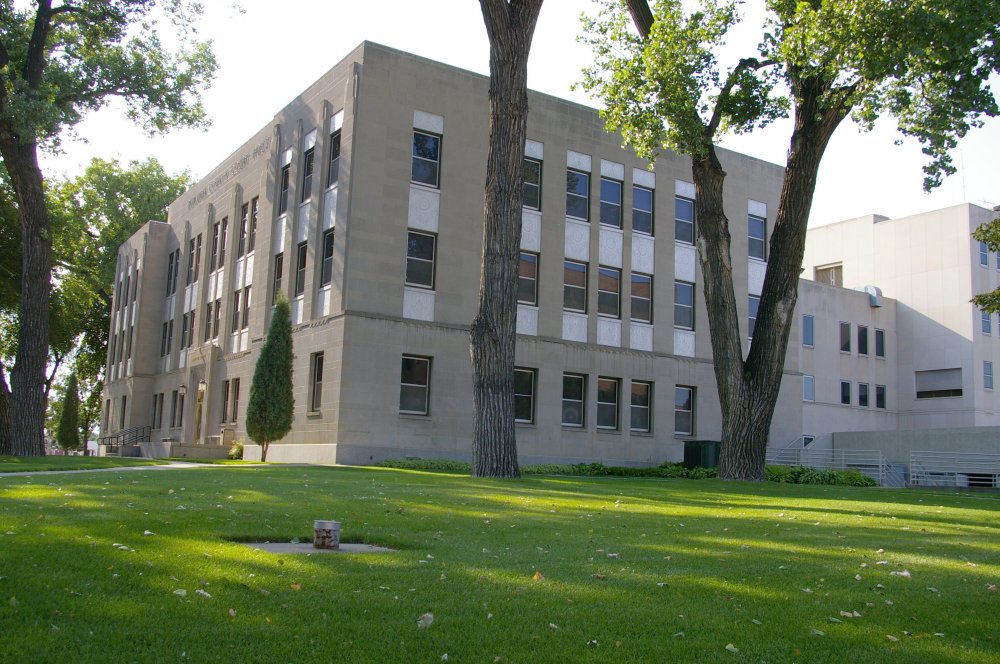 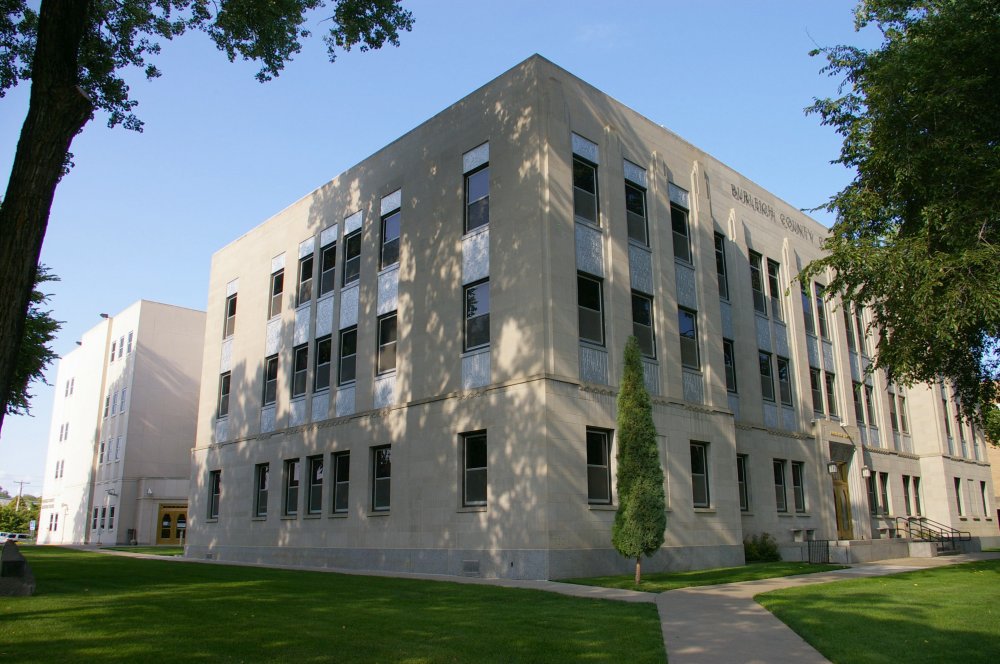