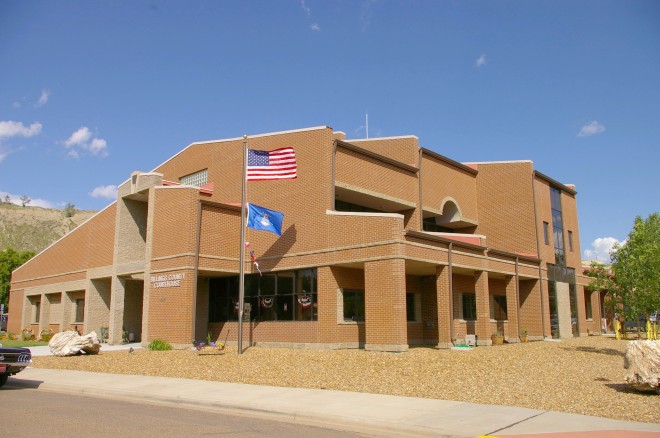 Billings County is named for Frederick H Billings, who was a railroad executive. 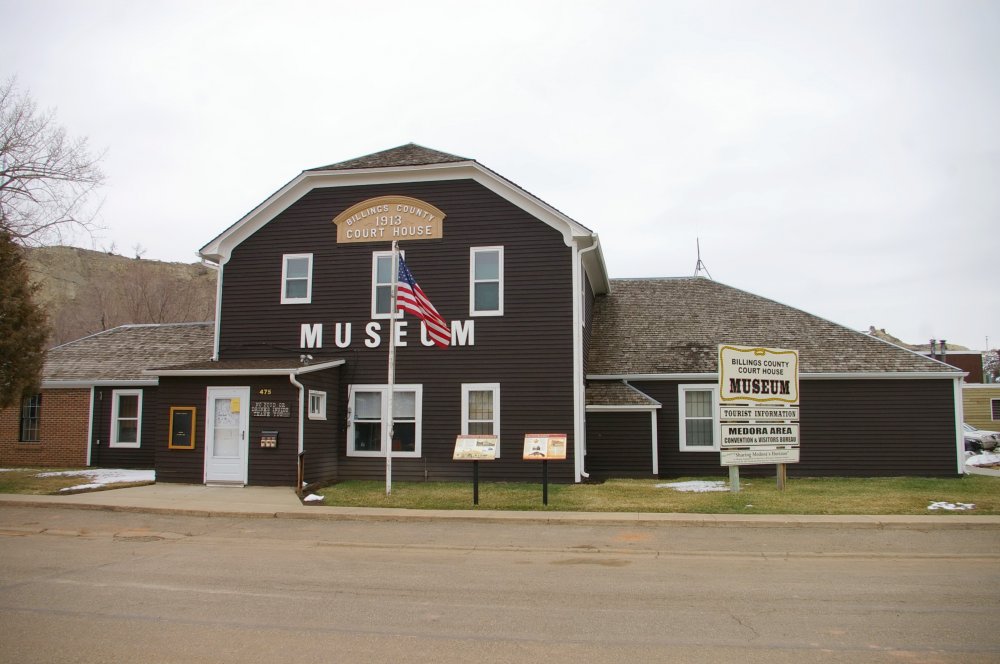 Description:  The building faces west and is a two story dark red colored wood frame Federal style structure. The building is located on landscaped grounds in the center of Medora to the east of the courthouse. The courthouse consisted of two wood houses in 1886 which were joined to form a single building. In 1913, the second story court room was built. The architect was John Tester. In 1950, a brick addition was added. The west front has a one story enclosed porch. The center section rises two stories with hipped roof. On the north and south are one story wings with the brick addition on the north side.

History:  The county was created in 1879 and Medora became the county seat. The first courthouse was built in 1880 to 1881 and is still standing. The second and present courthouse was constructed in 1981 to 1982. 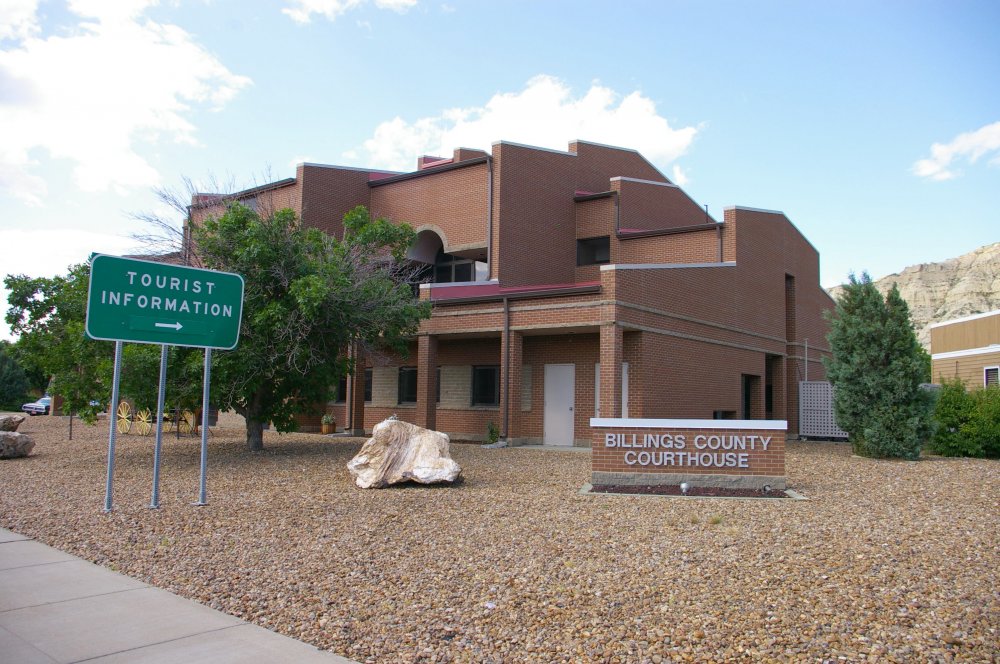 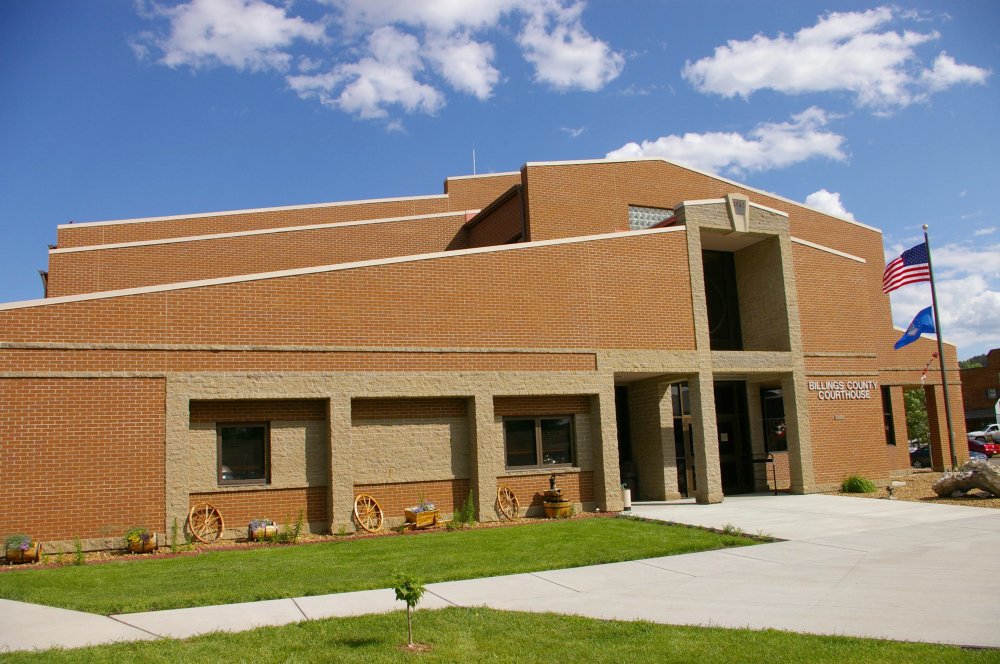 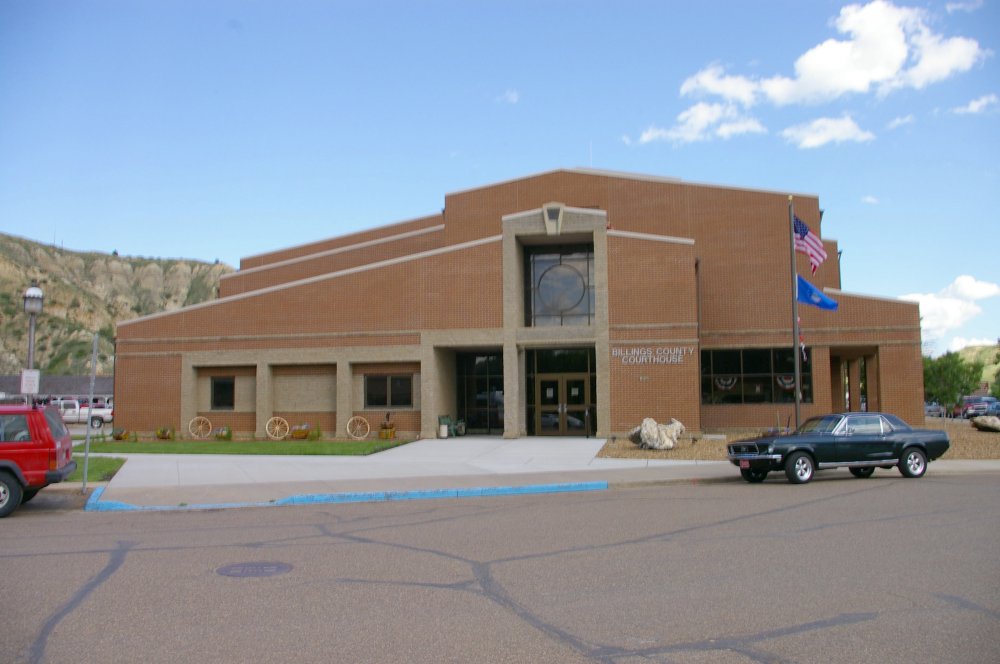