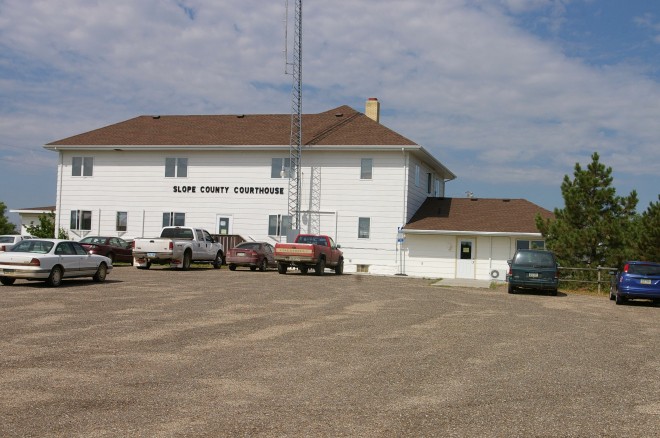 Slope County is named for the Mission Slope, a popular destination west of the Missouri River.

Description:  The building faced west and was a two story white colored wood structure. The building was located on spacious landscaped grounds in the center of Amidon on the site of the present courthouse. The entrance was along the east side. A one story extension was on the south side. The roof was hipped with overhanging eaves. The building was the only remaining wood courthouse in North Dakota and was torn down in 2014 after the new courthouse was constructed.

Note:  There are other wood frame courthouses in Nebraska is located in Blaine County and Frontier County. 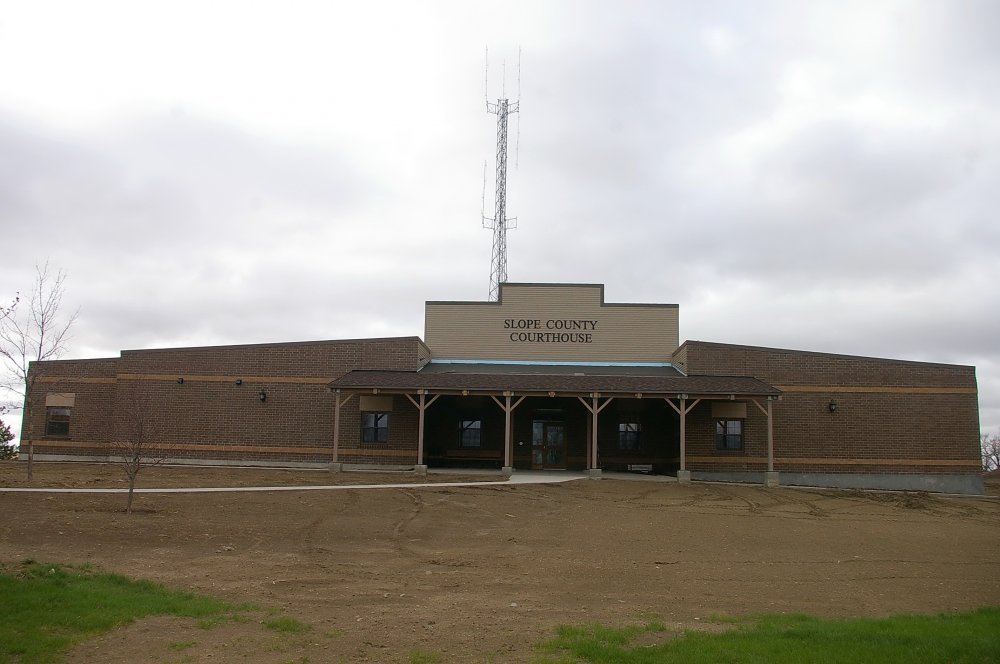 Description:  The building faces north and is a one story red colored brick and concrete structure.  The building is located on landscaped grounds in the center of Amidon. The north front has a central porch with recessed entrance. Above the porch is a raised section. The roof line slants to the east and west. The building houses the County District Court of the Southwest Judicial District. 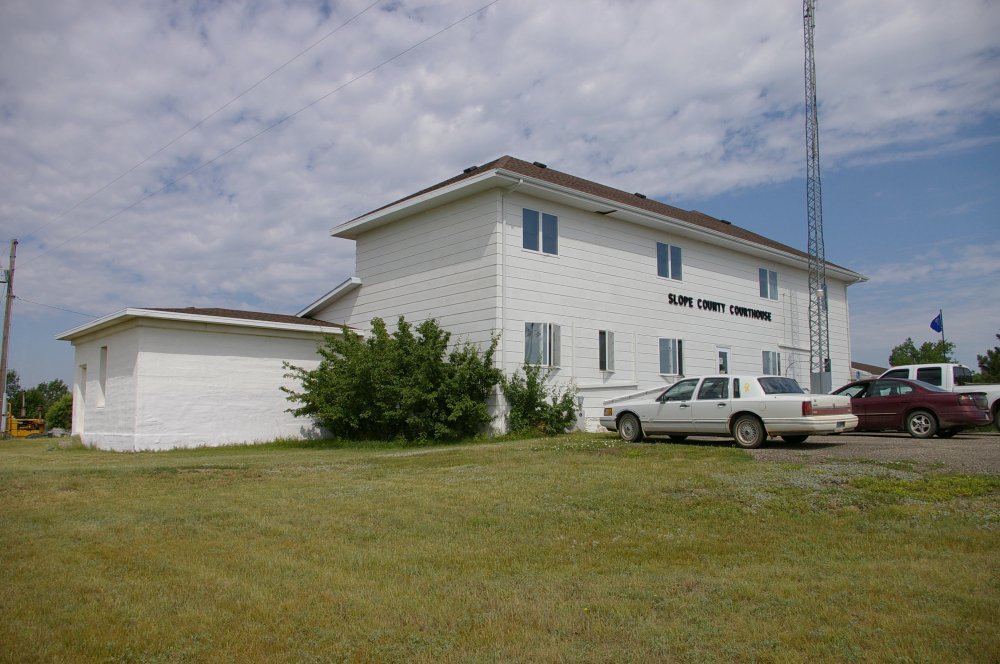 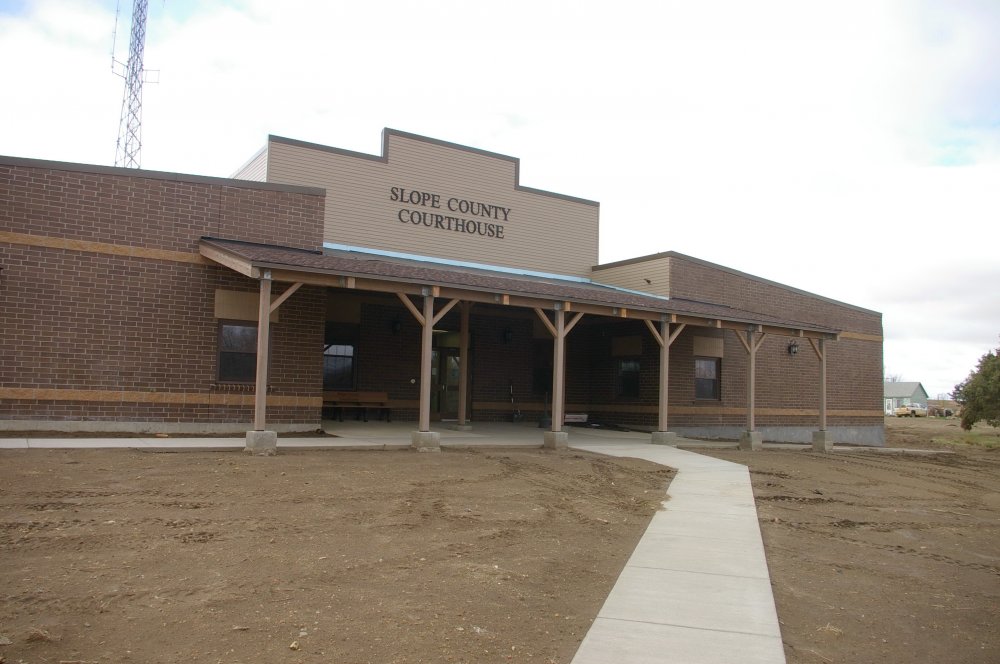 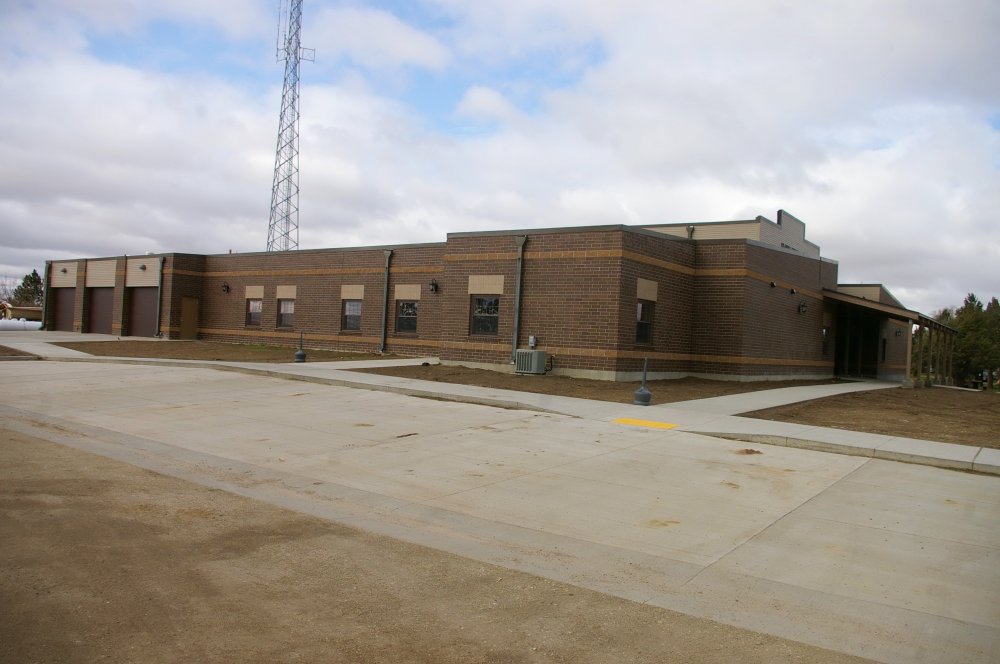 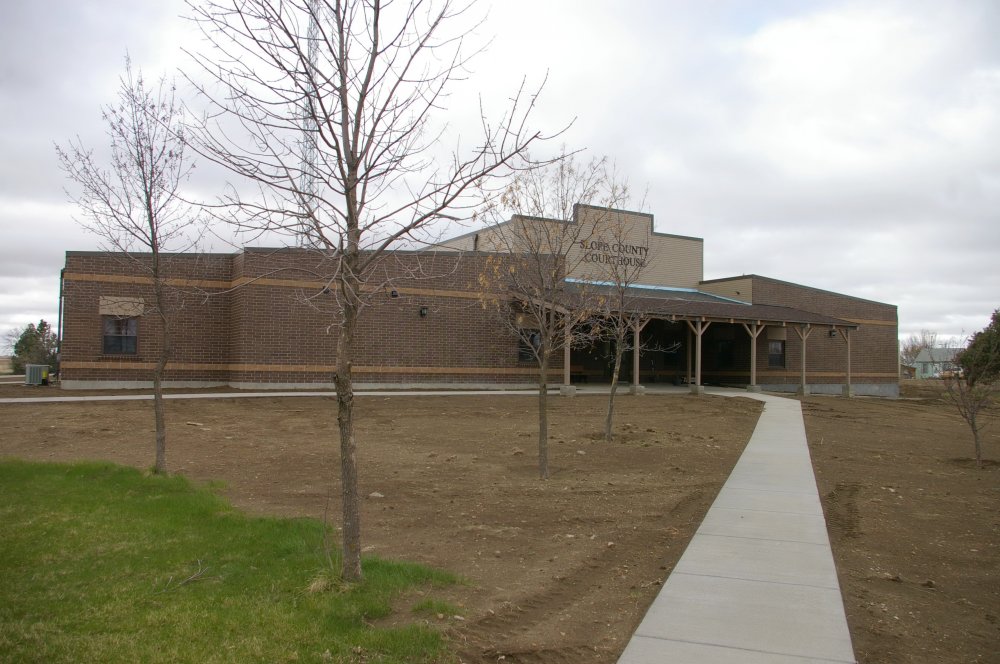 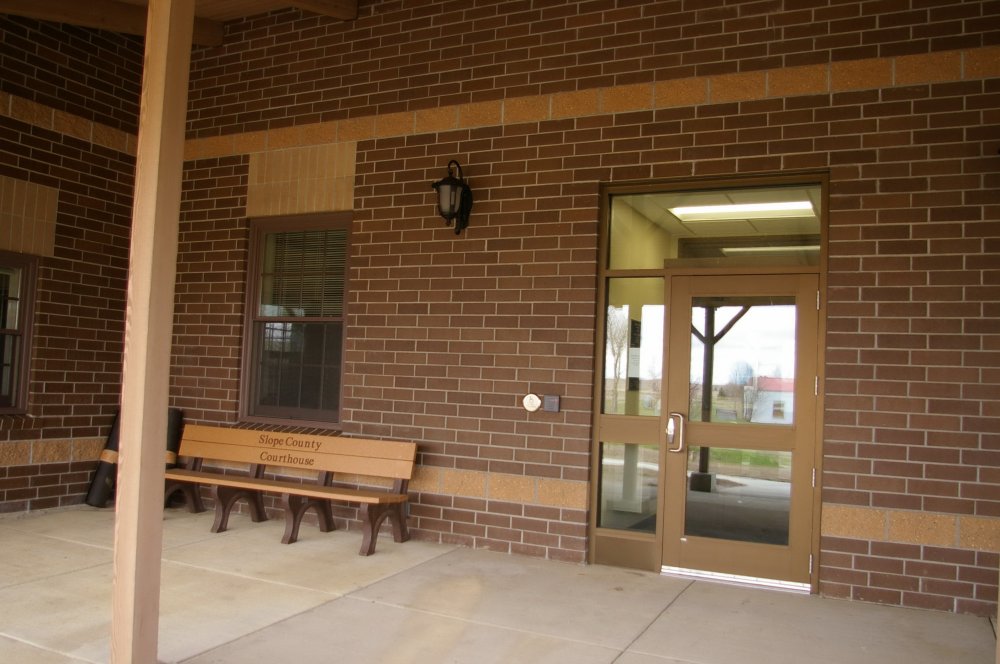 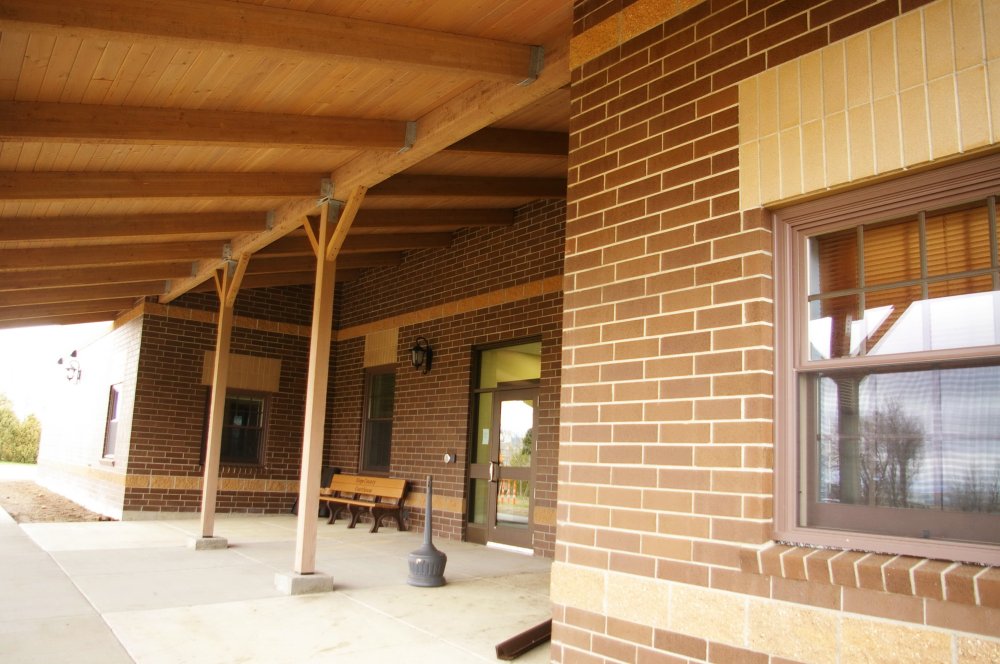 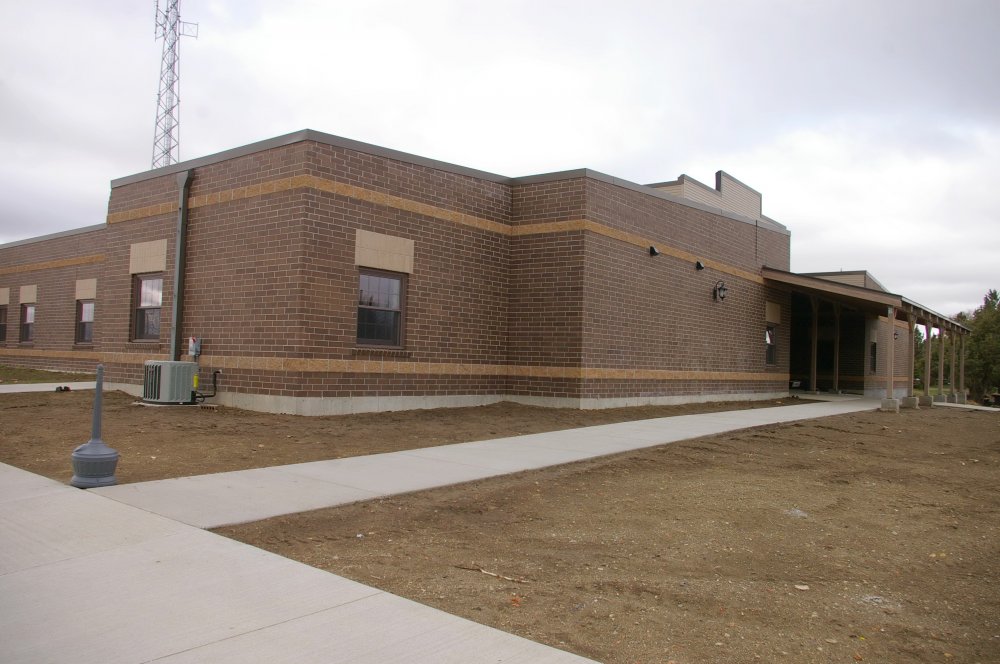 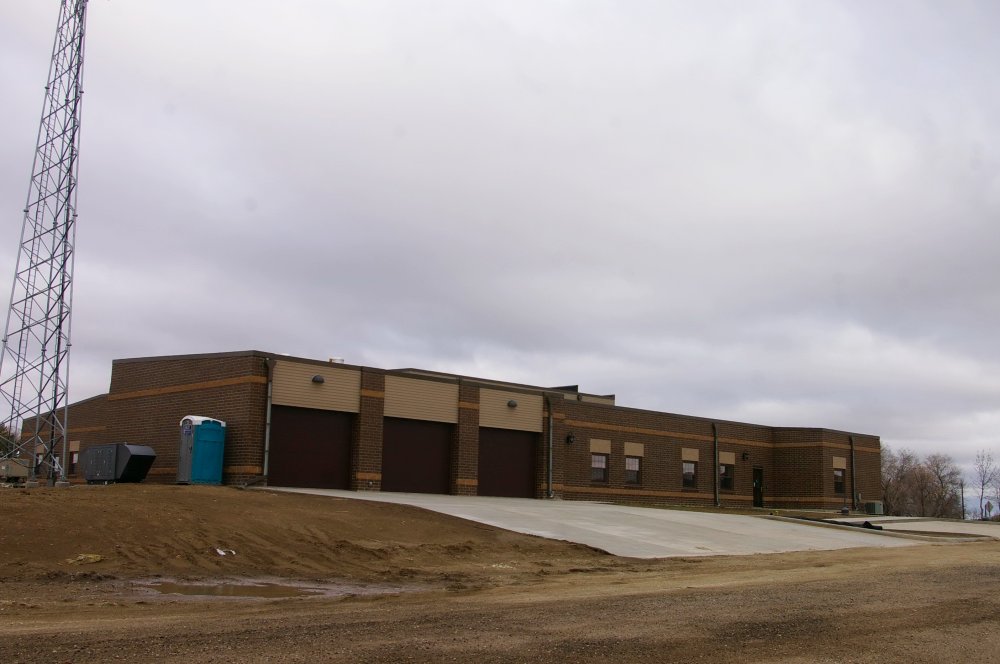 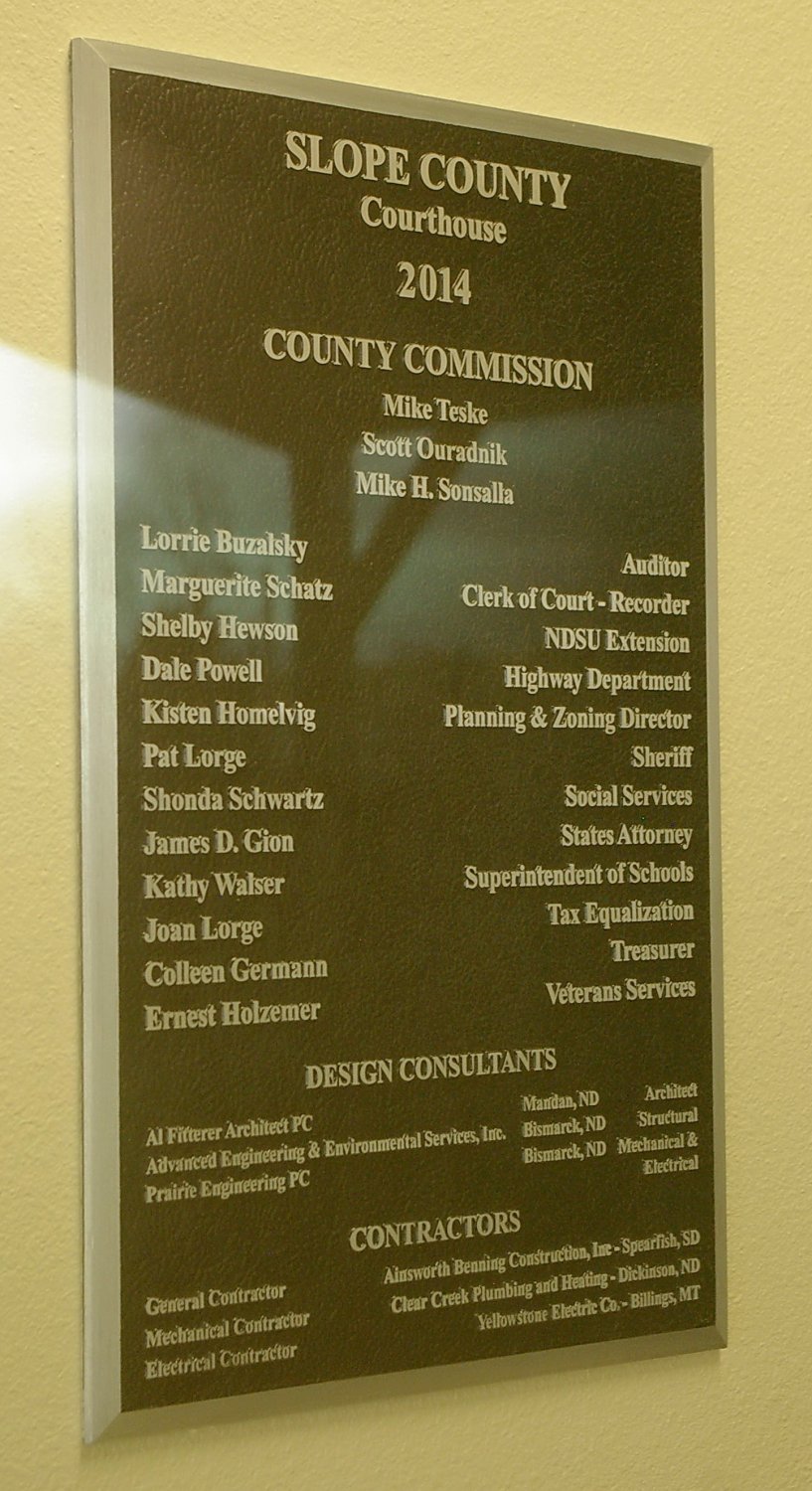 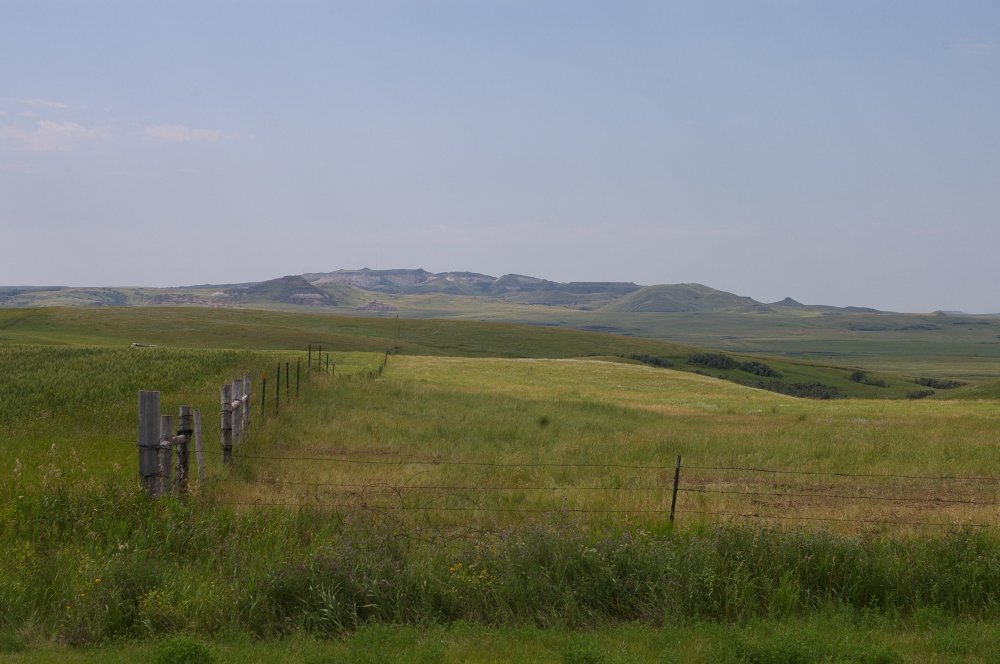