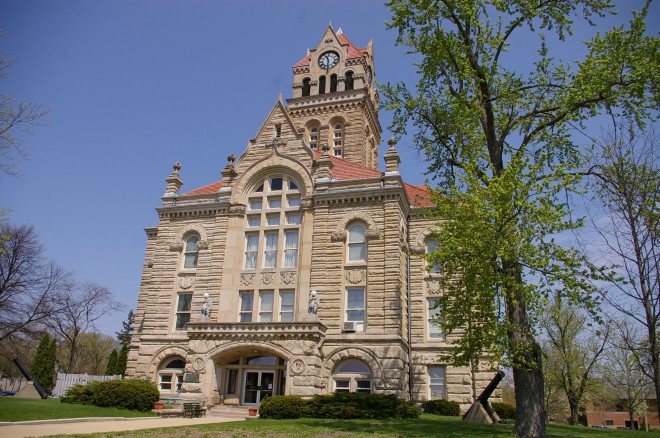 Starke County is named for John Starke, who was a New Hampshire General who defeated the British at the Battle of Bennington in 1777 in the American Revolutionary War. 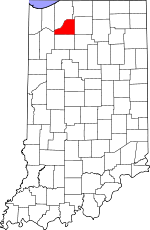 Description:  The building faces south and is a three story gray colored stone and concrete structure. The building is located on landscaped grounds in the center of Knox. The building is built of rock-faced stone blocks and has a large wide arch on the first story on each side with a large arch above framing the windows. On each corner of the roof are stone parapets. On the center of the roof is a large square stone clock tower with red colored hipped roof. The interior has hardwood and ceramic-tiled floors, plaster and panel wall treatments, and ornate cornice and pilaster capitals. The staircase is accented by ornamental iron balusters, marble steps, and a patriotic ceiling painting of Liberty located between the first and second stories. Ionic capitals with polychrome gilding, eagle, and shield are found on hall columns and pilasters. The building houses the County Circuit Court of the 3rd Judicial District.

See:  The courthouse in Ottawa County, Ohio is similar in design.

See:  The contractor, Caldwell & Drake Construction of Columbus, Indiana also constructed courthouses in Boone County, Monroe County and Putnam County; in Ohio in Mahoning County and Ottawa County; in Pennsylvania in Somerset County, and in West Virginia in Wetzel County and Wood County. 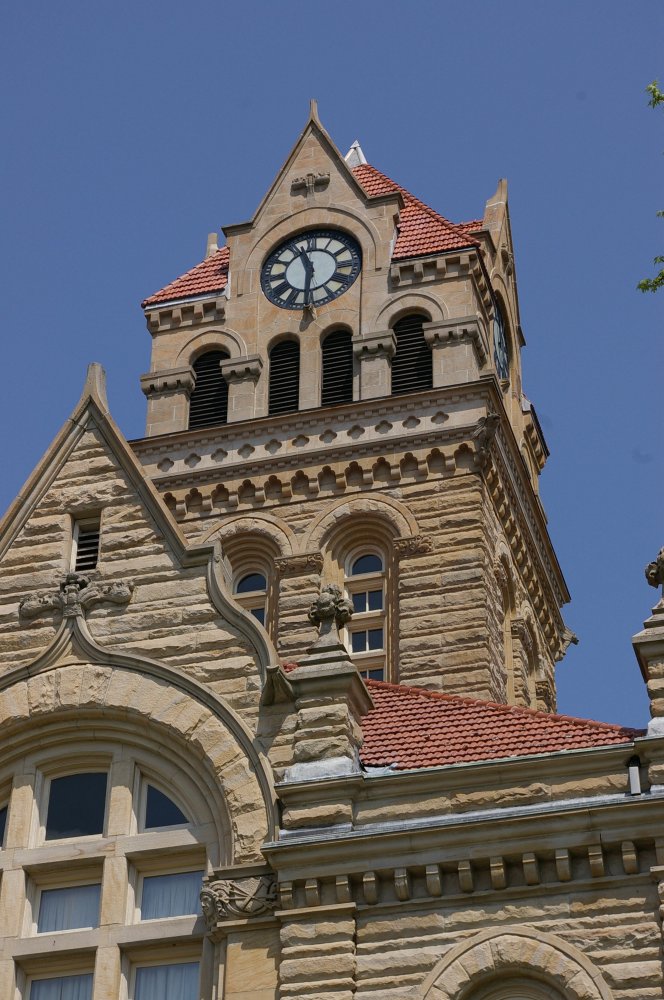 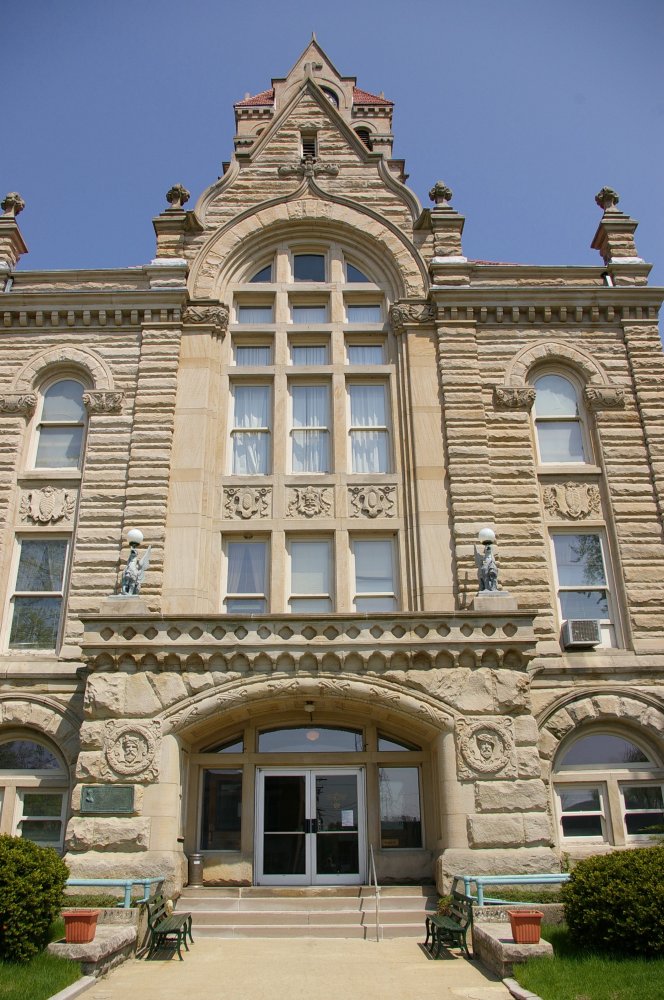 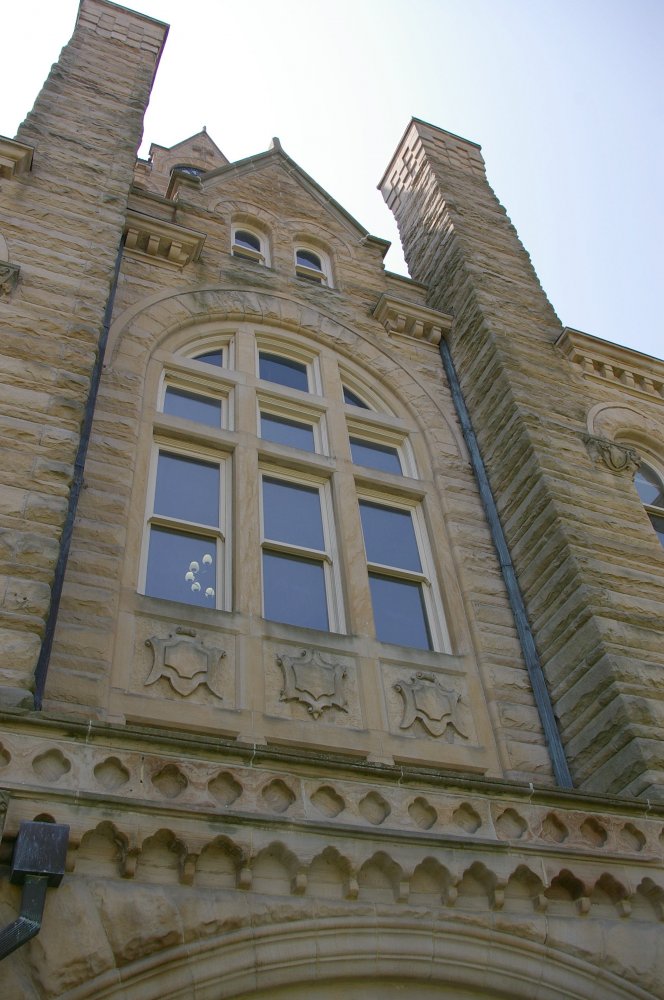 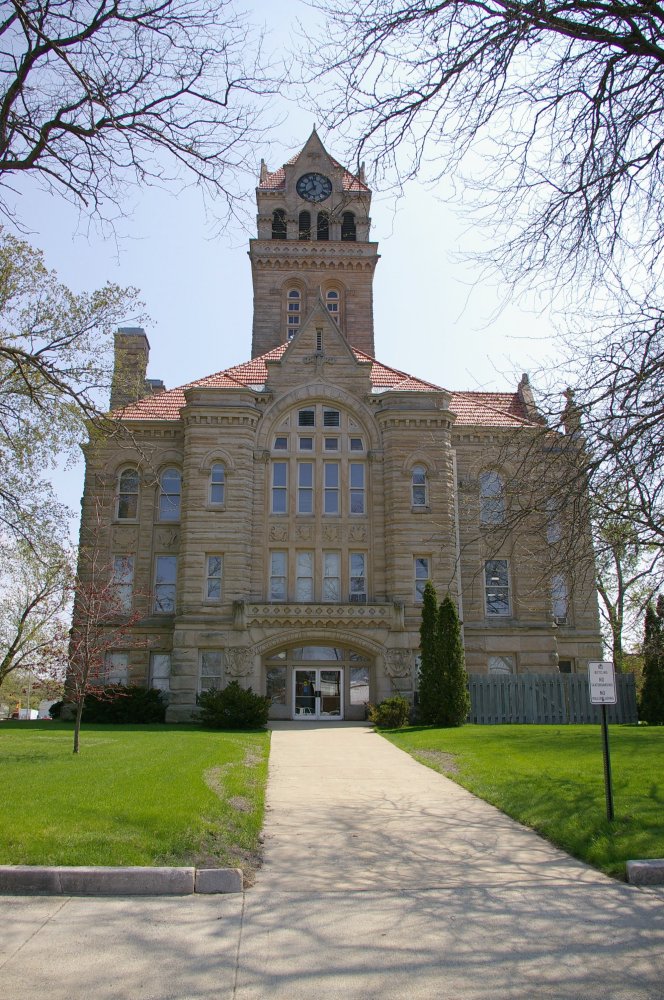 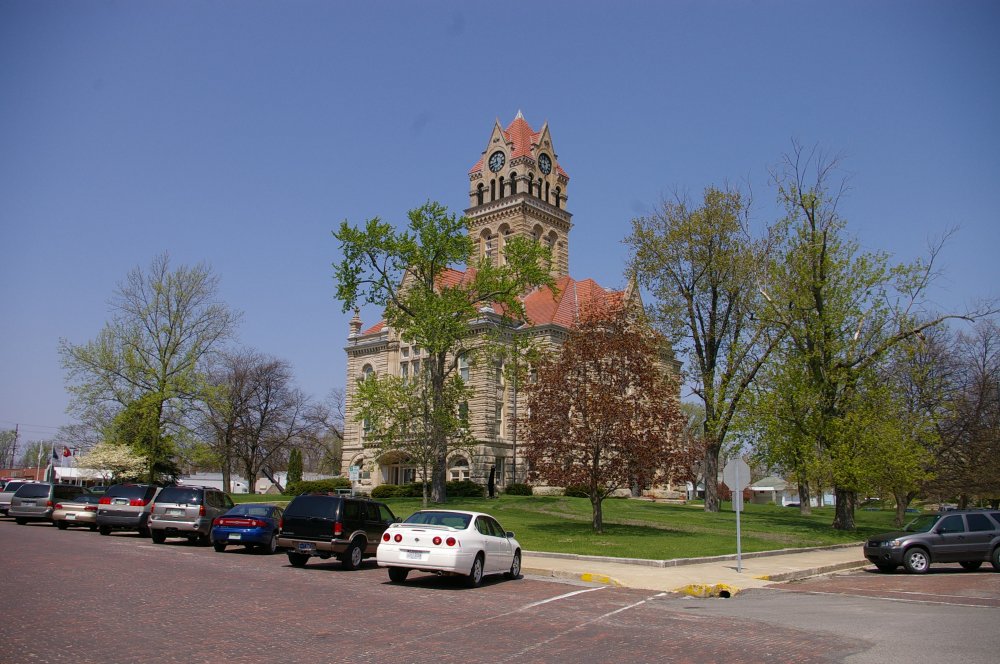 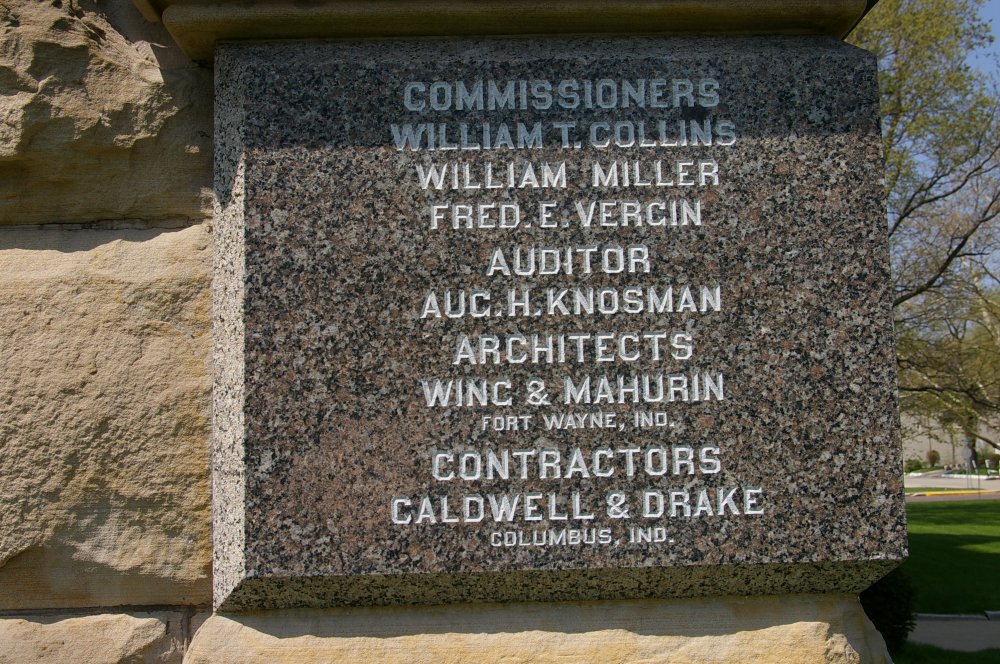 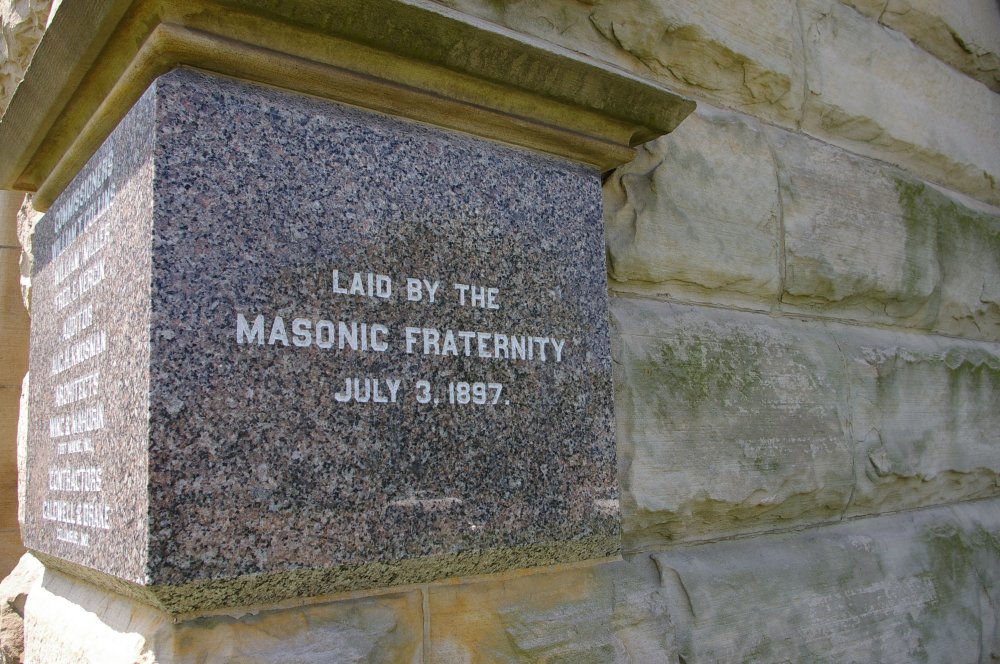