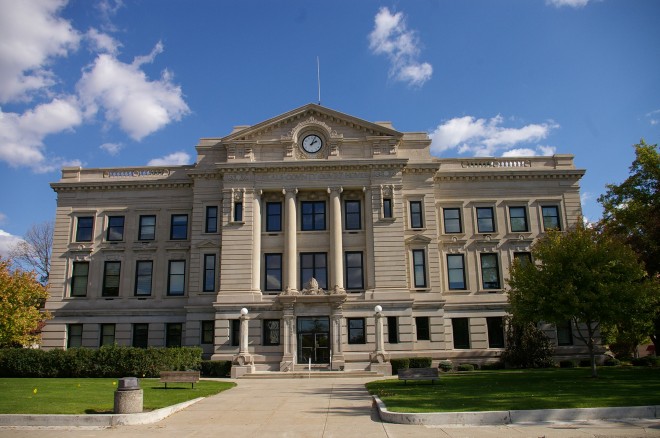 DeKalb County is named for Johann, Baron de Kalb, who was an American Revolutionary War hero and who lived from 1721 to 1780.

Contractor:  J B Goodall of Peru.

Description:  The building faces west and is a three story stone  structure. The building is located on landscaped grounds in the center of Auburn. The center section of the west front projects from the main building and has a stone framed entrance on the first story. Two large columns rise from the second to third stories. Above is a pediment with clock. A balustrade runs along the roof line. The interior has a Florentine Art Glasss dome in the center of it, which is illuminated by sunlight during the day, and 60 electric lights at night. Under the dome is a veterans’ memorial, dedicated to the local veterans who have served. The large courtroom is located on the third story.

Note:  The courthouse also boasts a fairly unique timepiece – a Master Clock. This clock was constructed in 1912, by the Hahl Automatic Clock Company. This Master Clock still runs, and controls every clock in the building ( part of the Clock System that was originally installed. ). 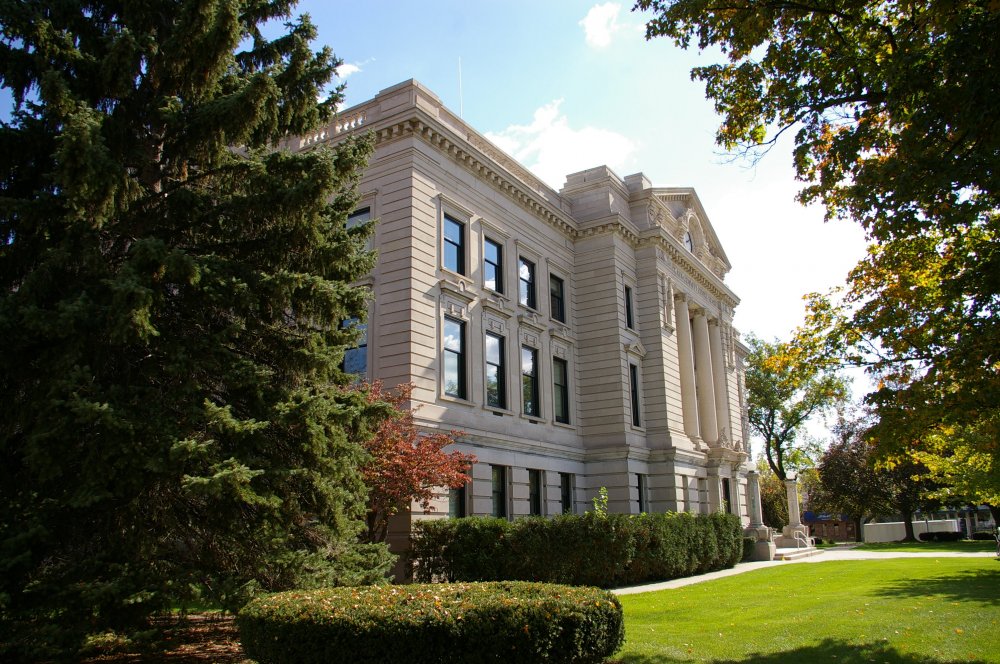 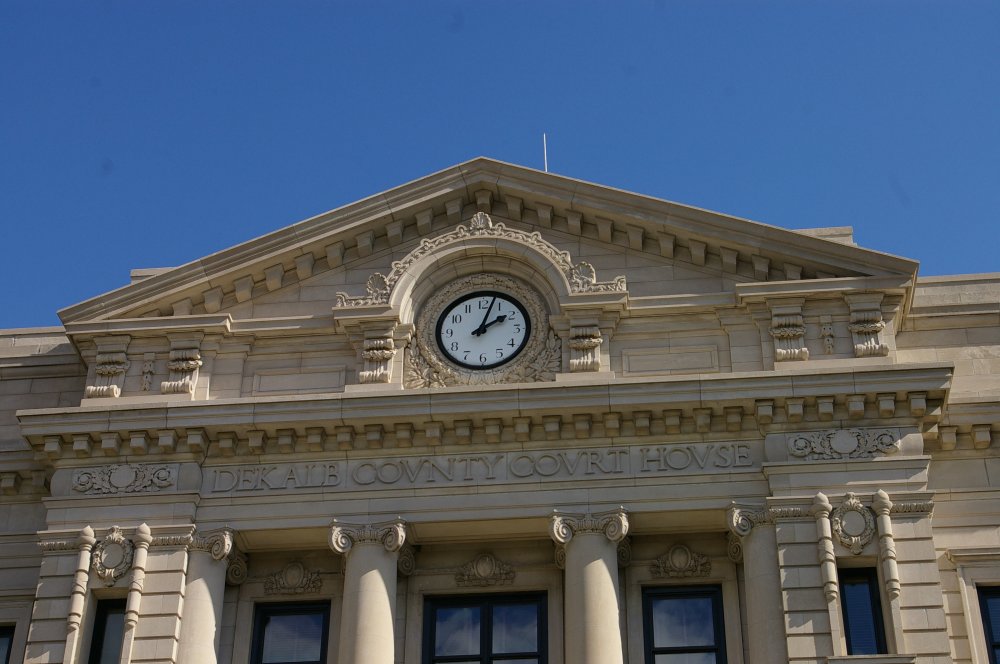 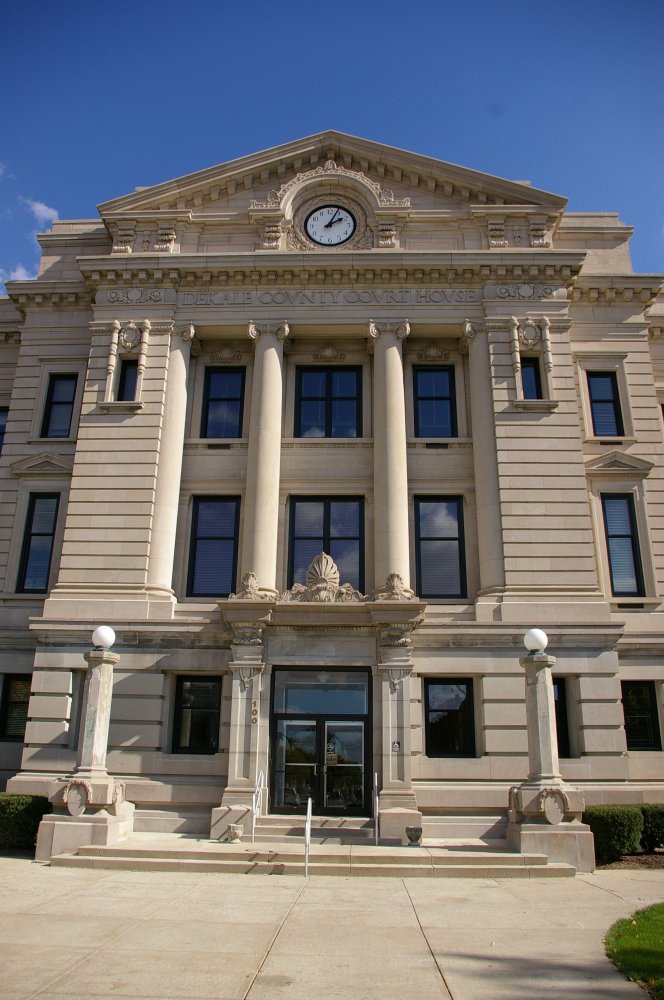 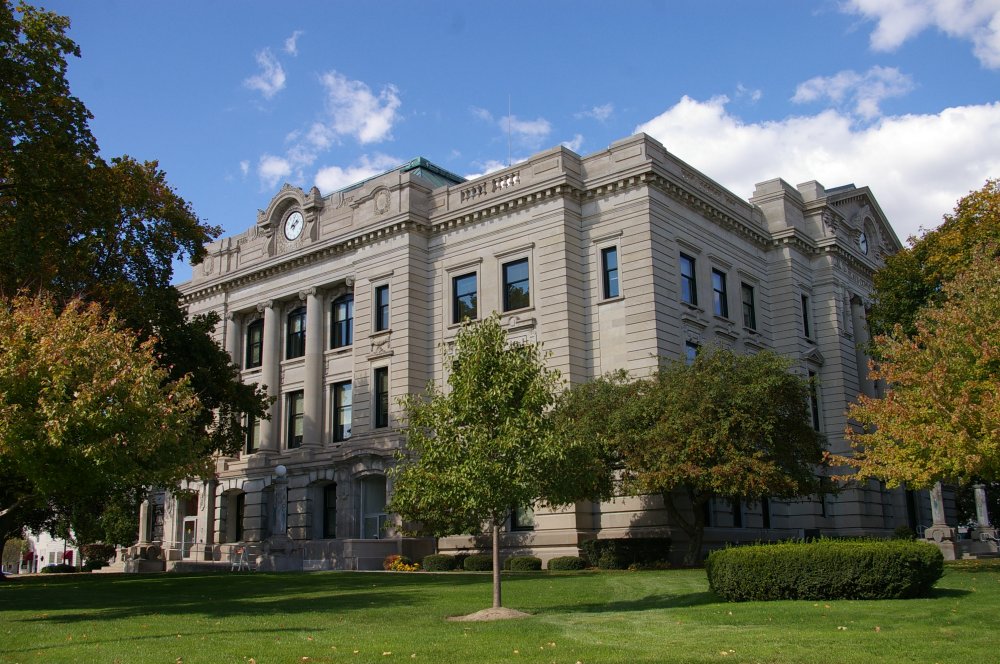 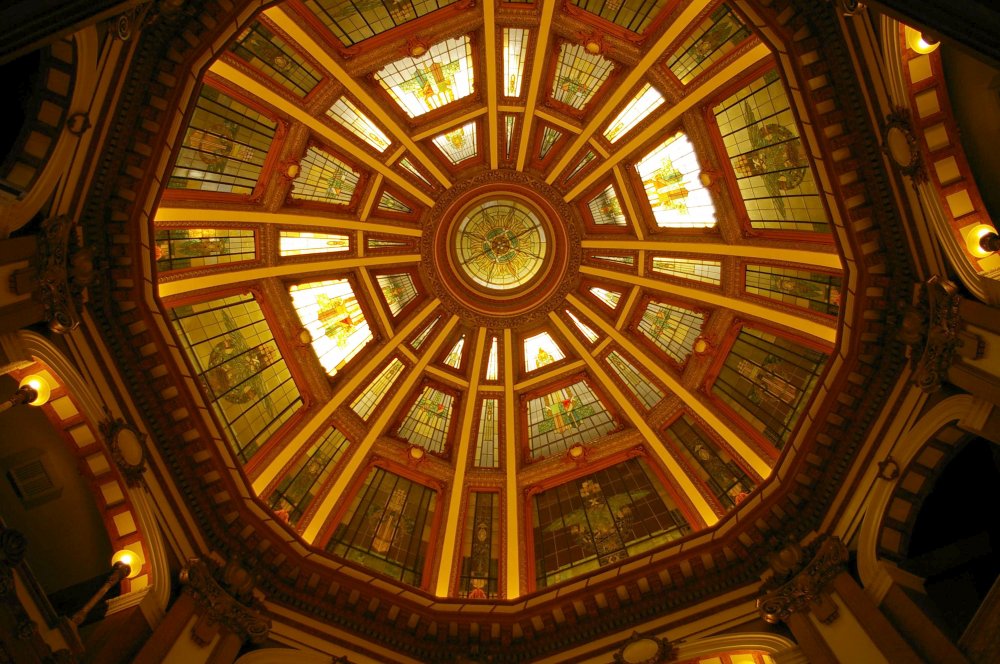 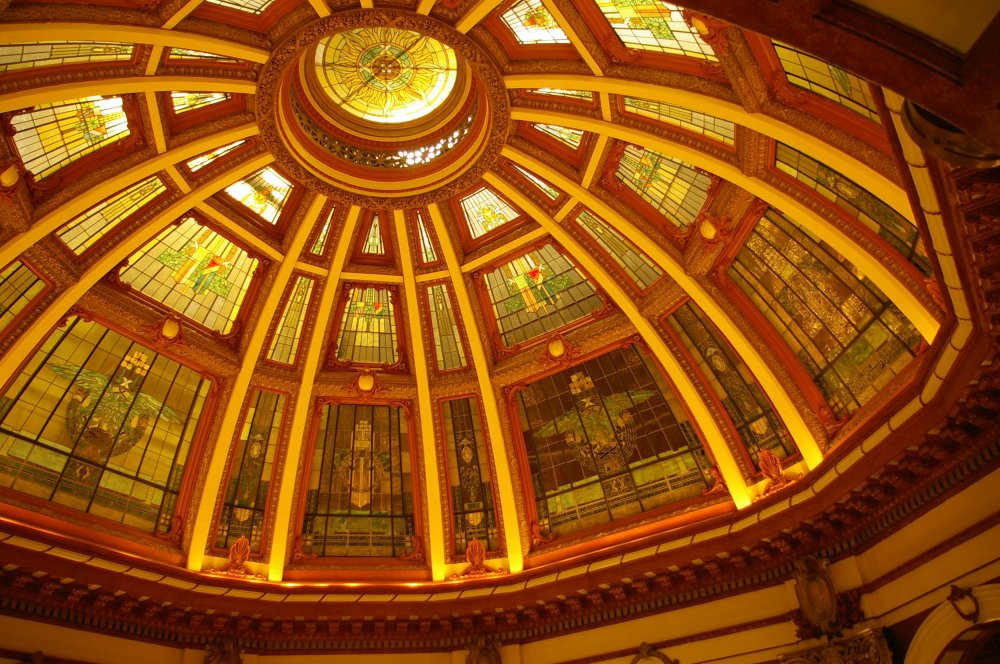 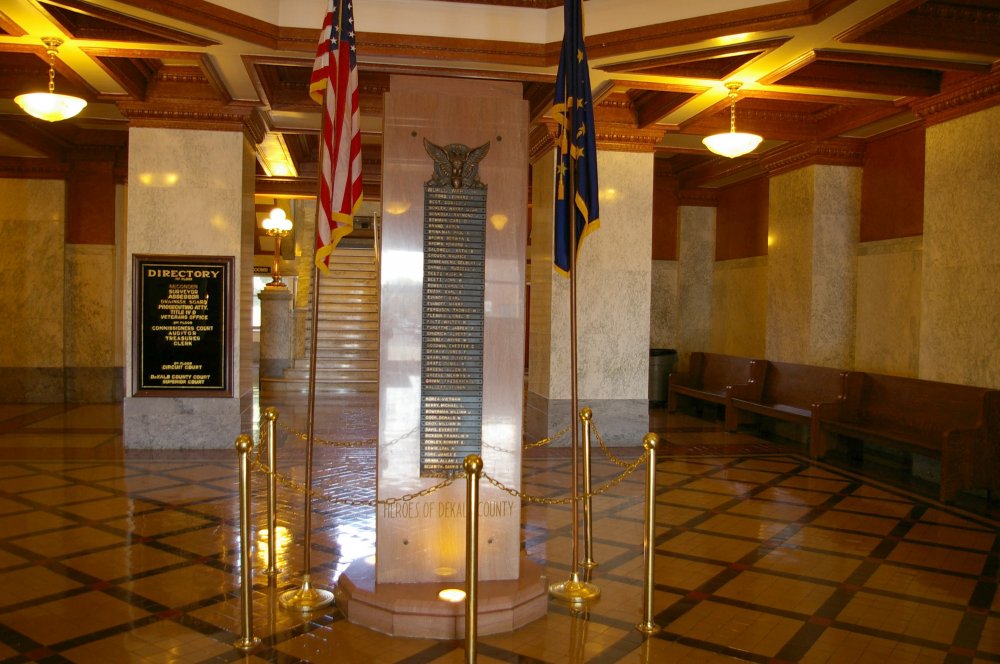 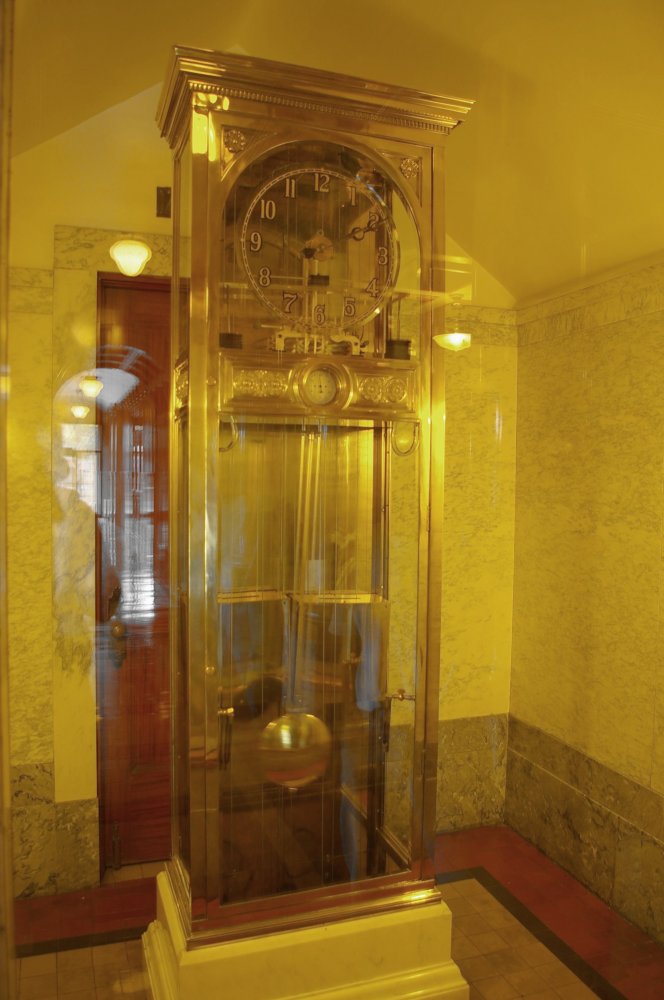 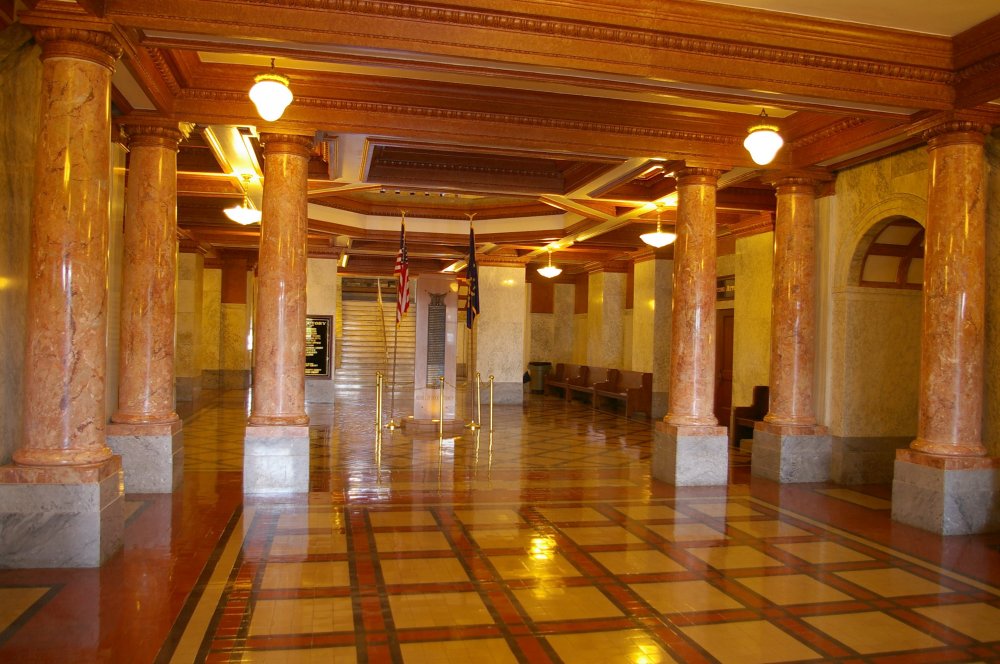 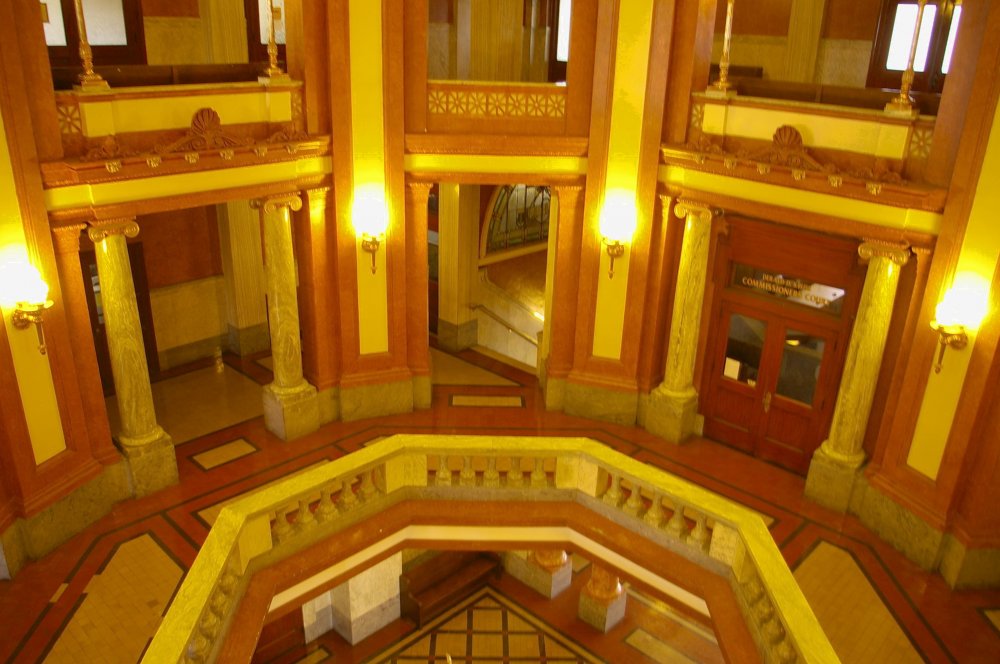 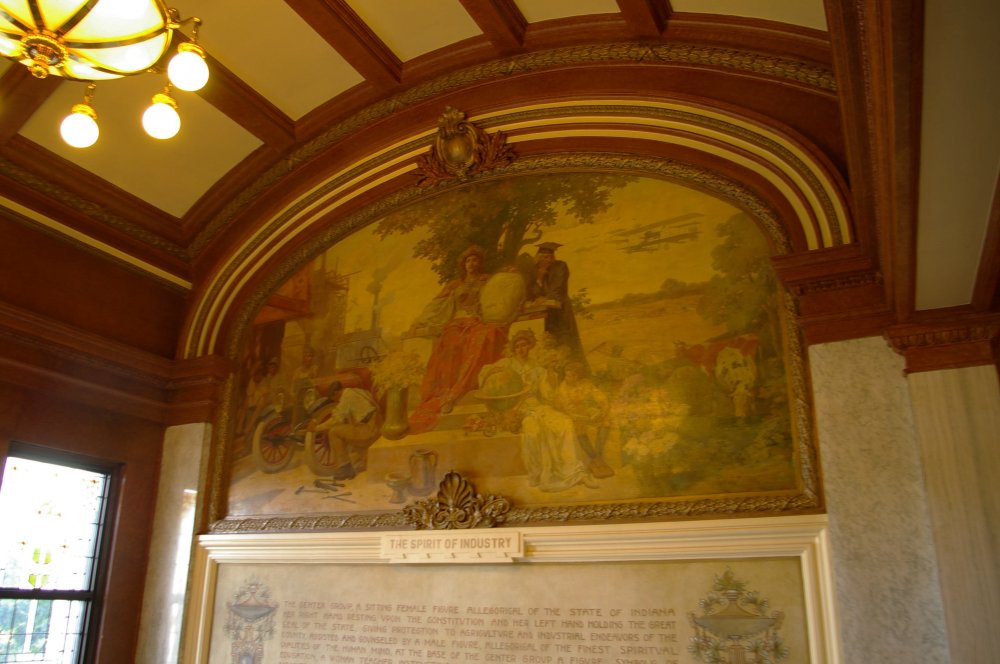 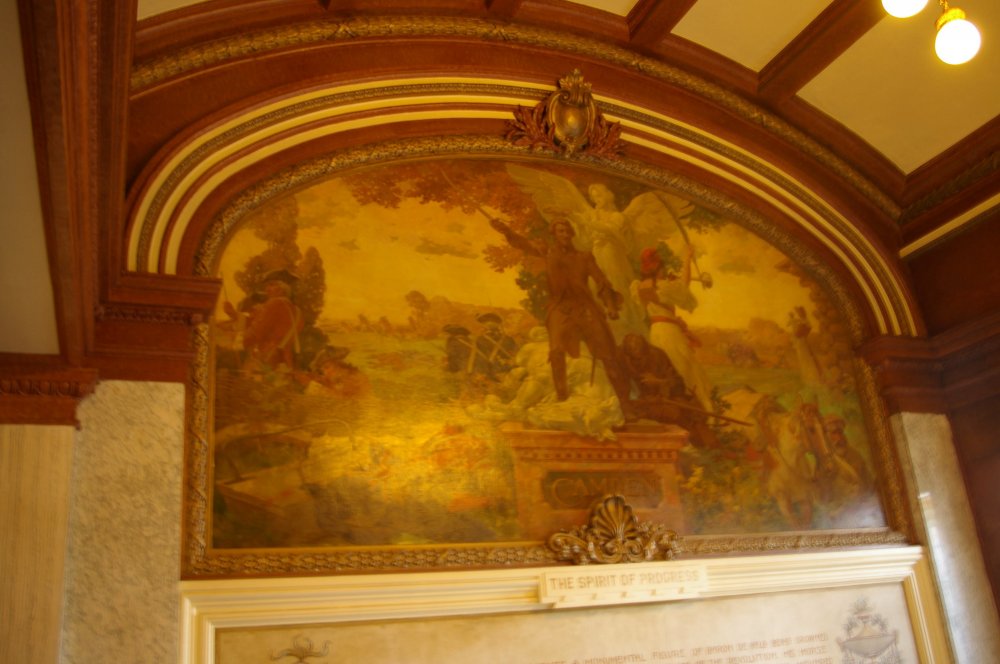 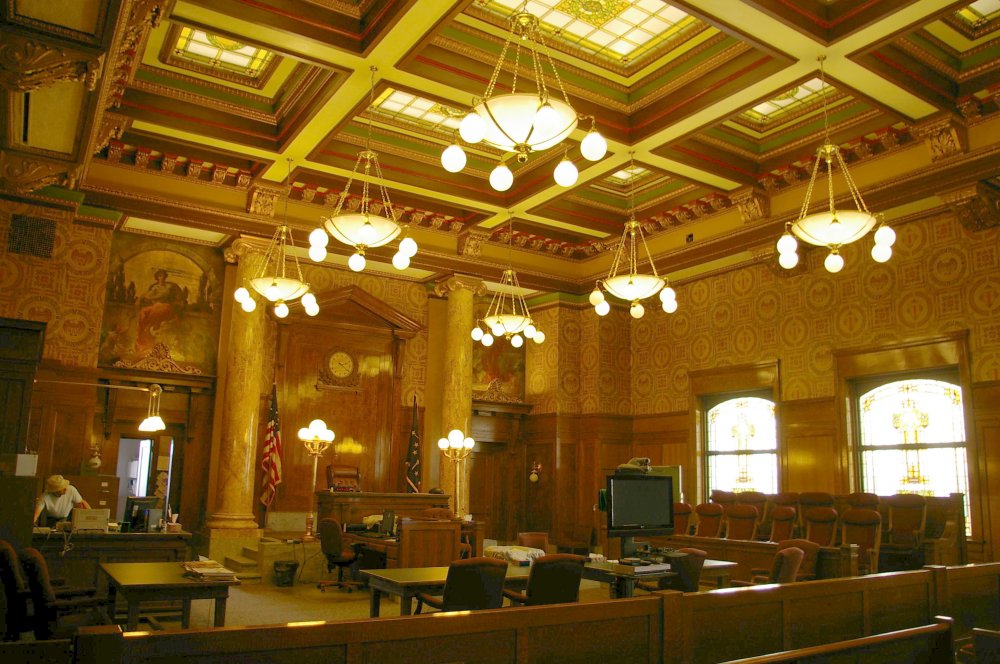 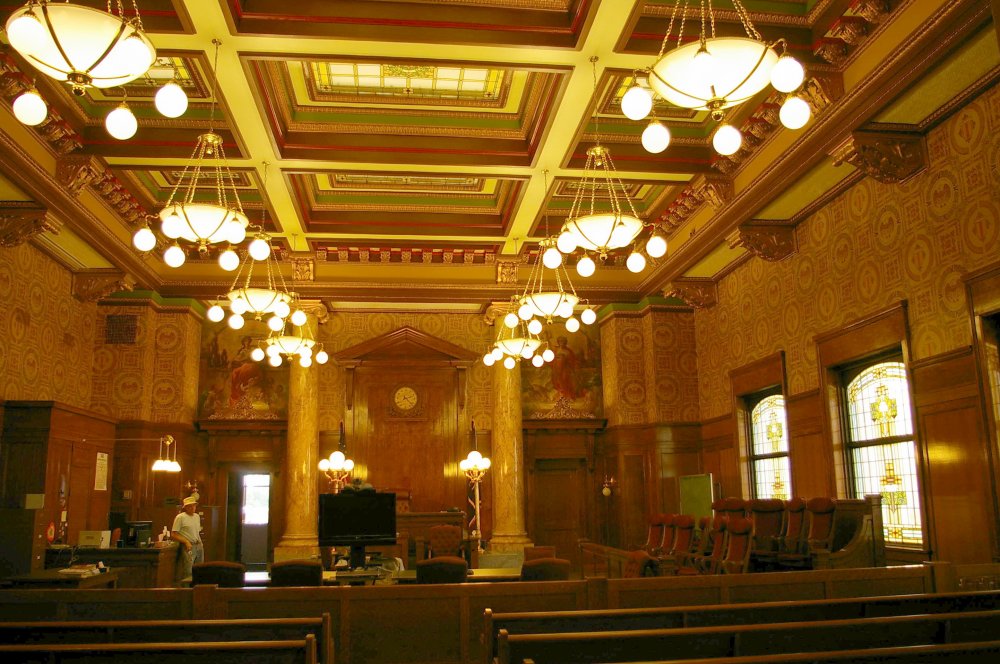 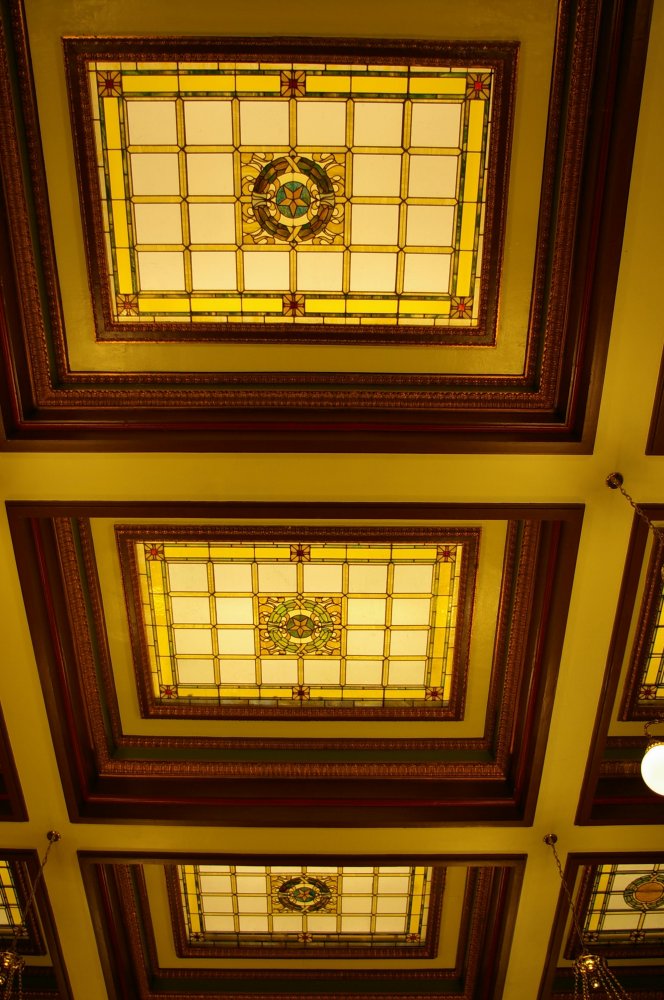