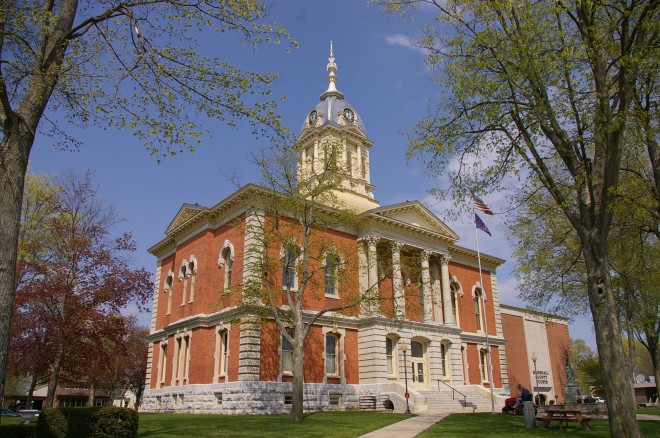 Marshall County is named for John Marshall, who was the United States Chief Justice of the Supreme Court. 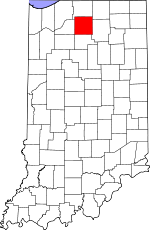 Description:  The building faces east and is a two story red colored brick and stone structure. The building is located on the landscaped grounds of the Courthouse Square to the northwest of the center of Plymouth. The east front has a large portico with a center arch and small side arches on the first story. Four columns rise from the base of the second story to the pediment at the roof line. Stone trims the corner of the building and the windows. The base of the building is course stone. On the center of the roof is a square yellowish colored clock tower with silver colored dome and spire at the top. The interior has white colored marble. The courtroom is located on the second story.  The building houses the County Circuit Court and the County Superior Court of the 5h Judicial District. The building was renovated in 1913 and 1949. An addition was added on the north side in 1988 to 1990 and named as the County Courts Building. The architect was Mathews-Purucker-Anella, Inc. and the contractor was Carl J Reinke & Sons, Inc. On the east side is the County Building.

See:  The architect, Gurdon Paine Randall of Chicago also designed the courthouses in Benton County, and in Georgia in Bibb County; in Illinous in Montgomery County and Morgan County and in Michigan in Menominee County. 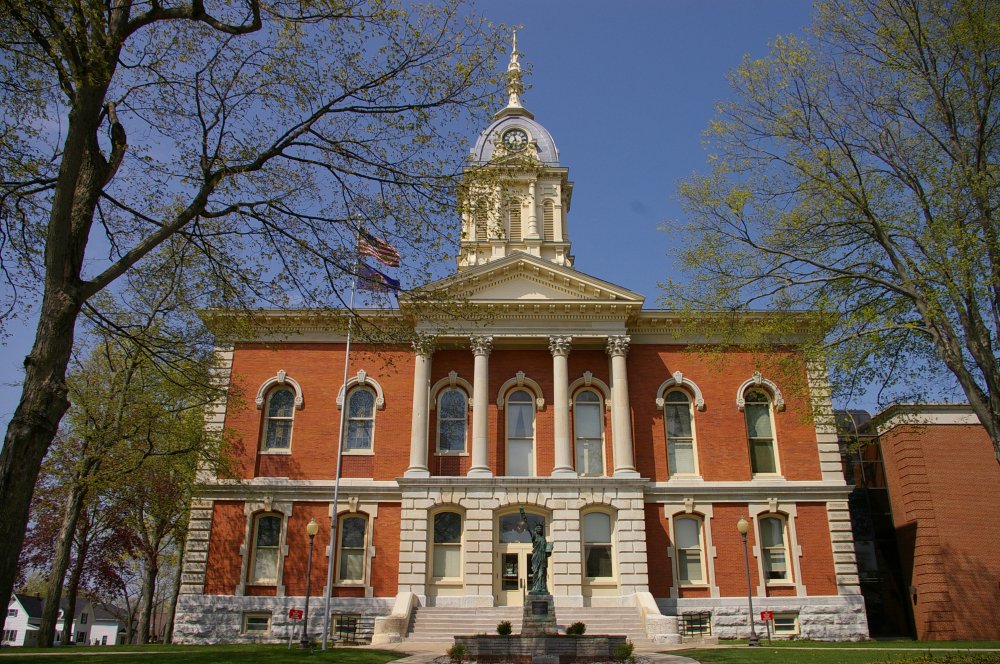 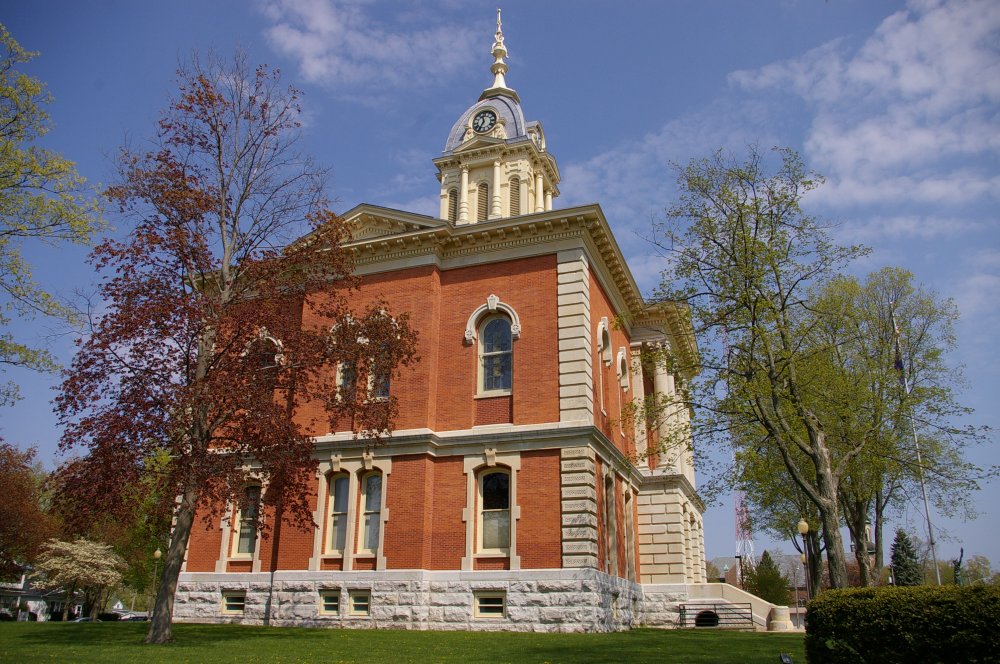 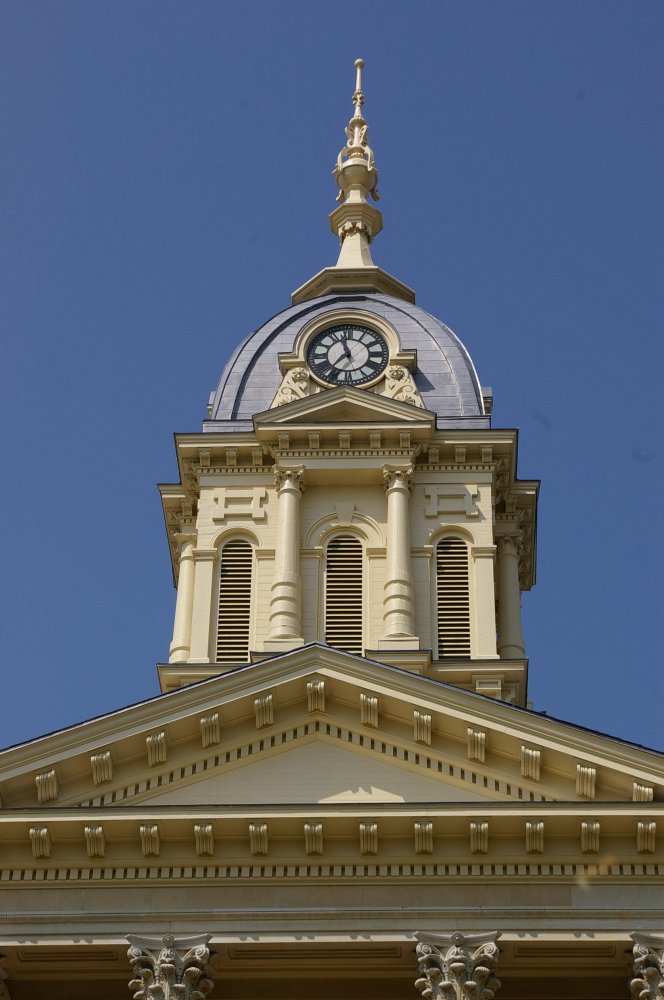 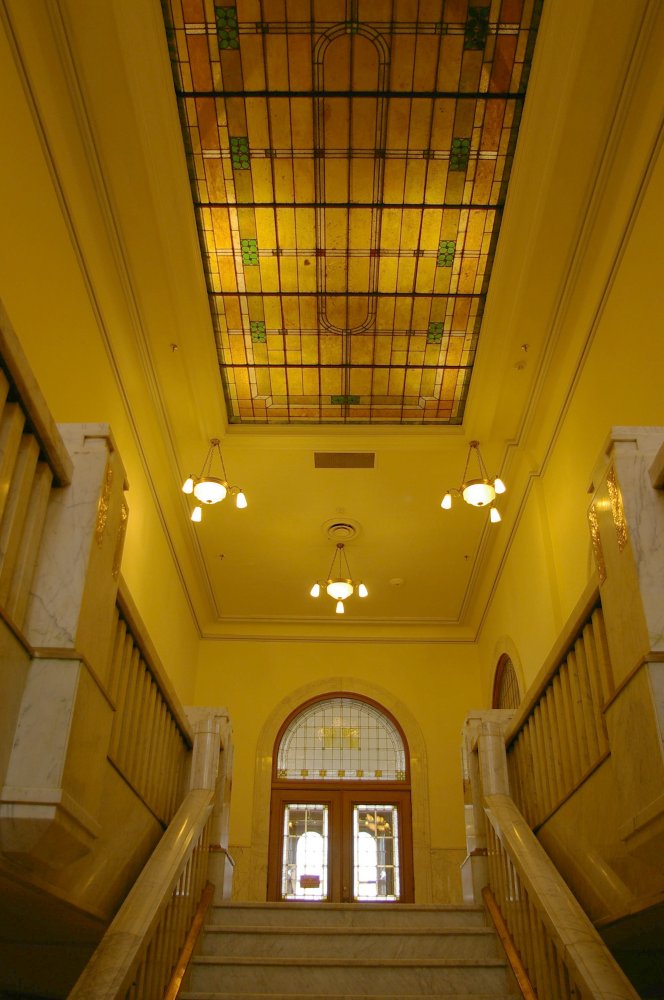 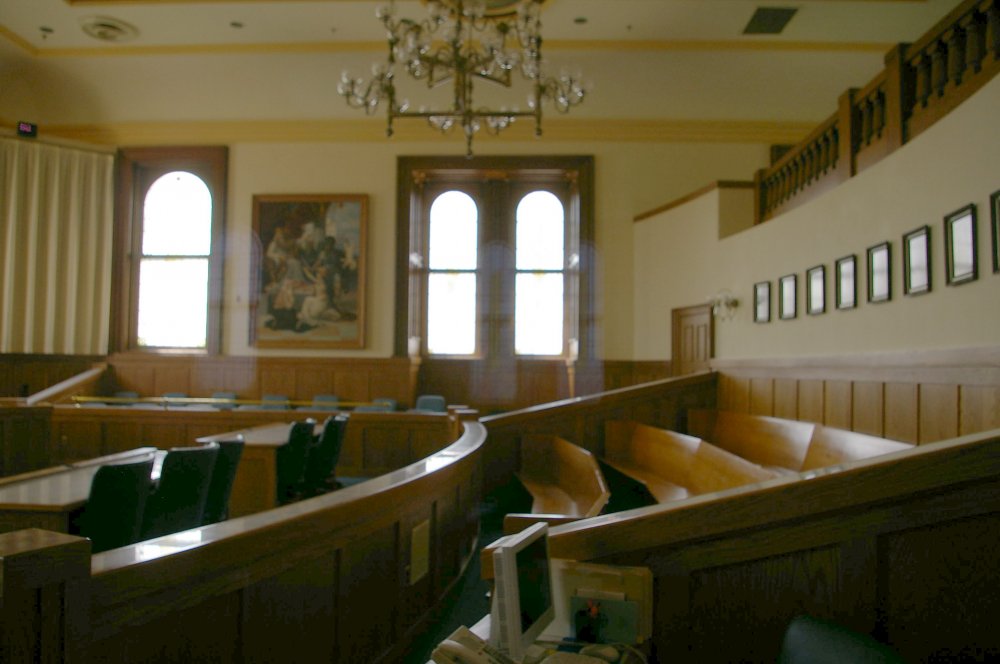 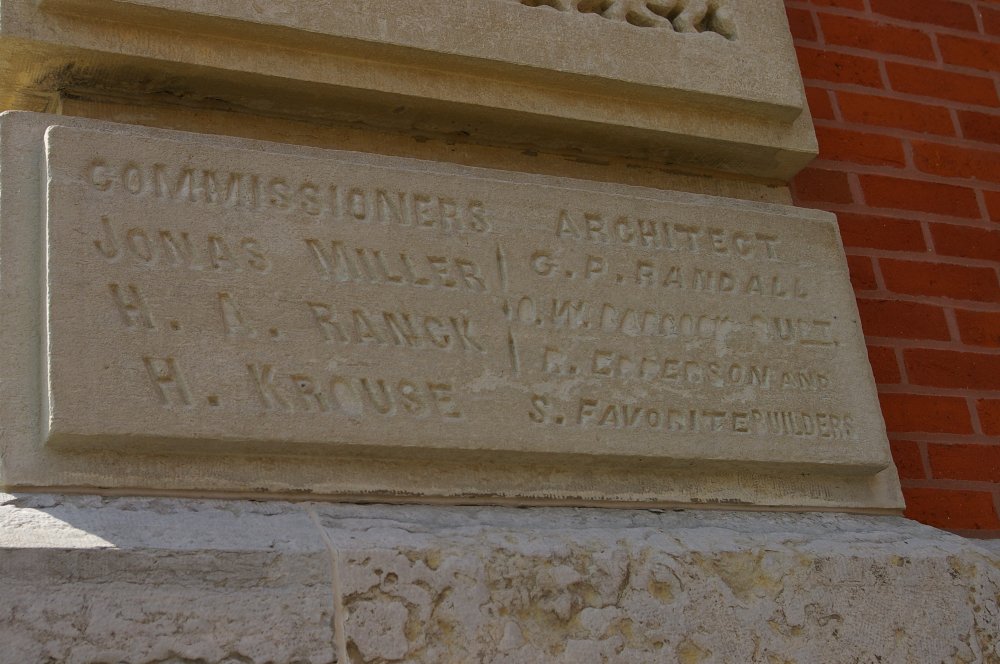 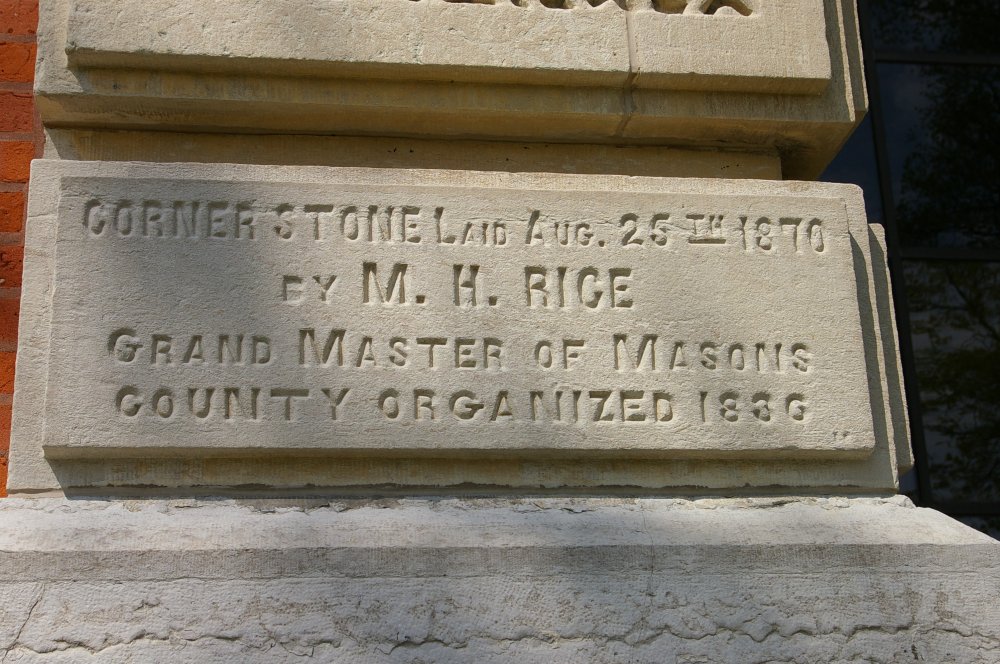 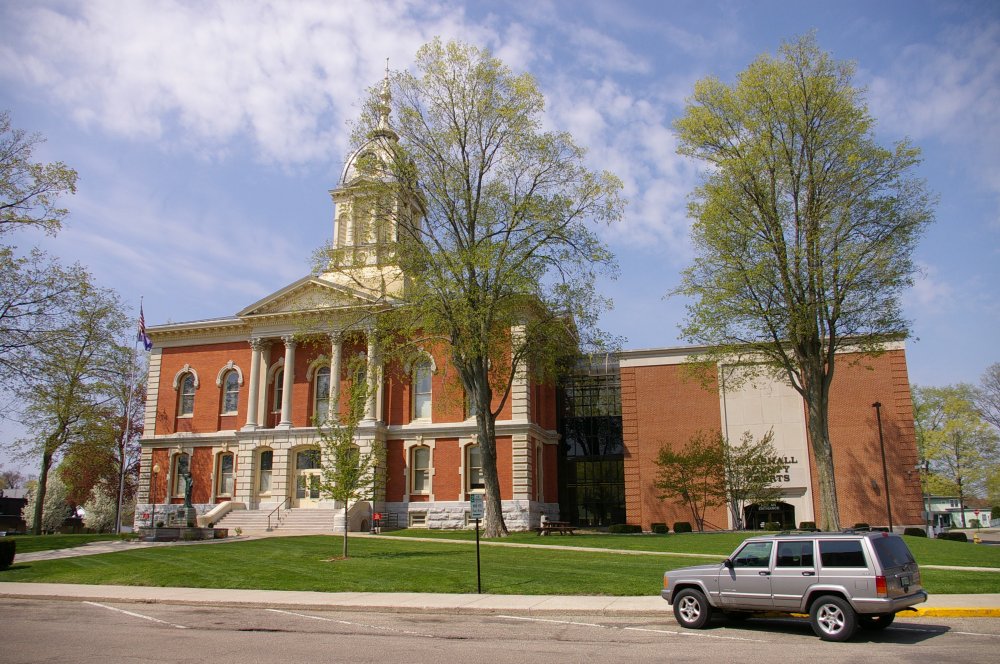 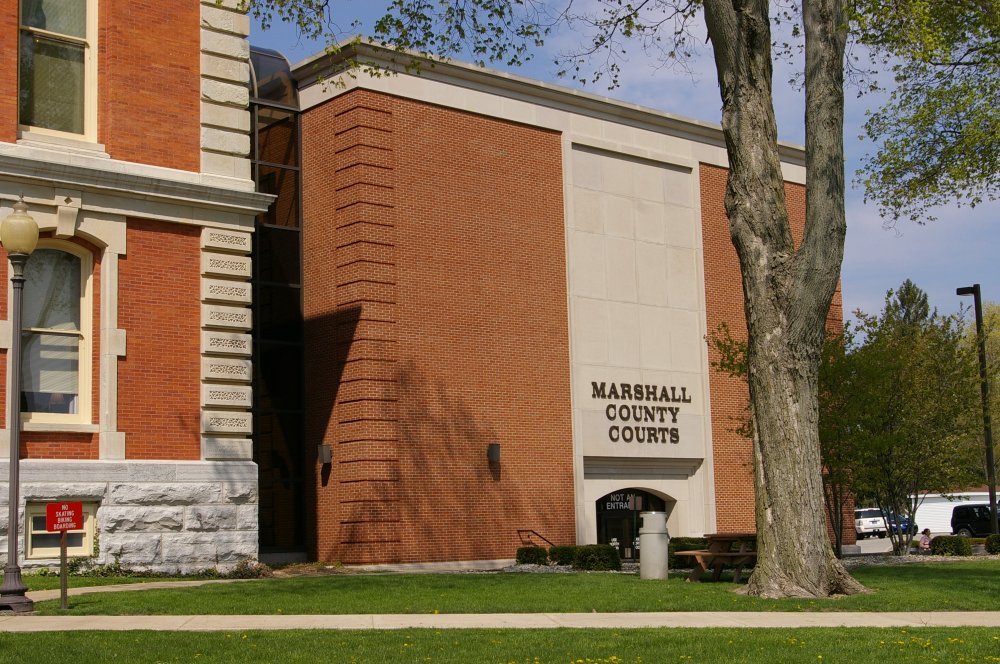 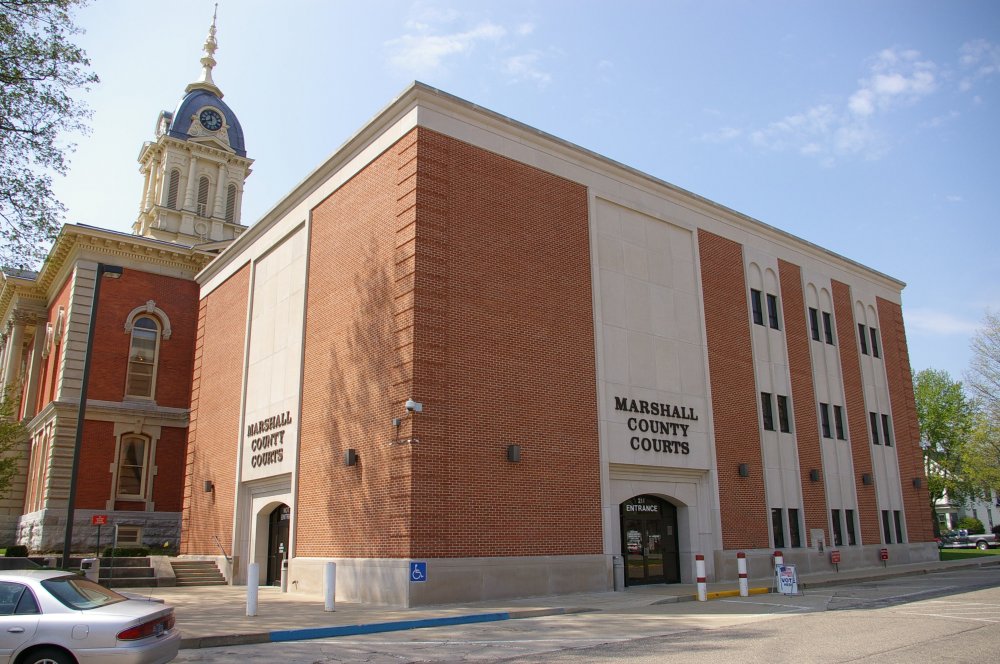 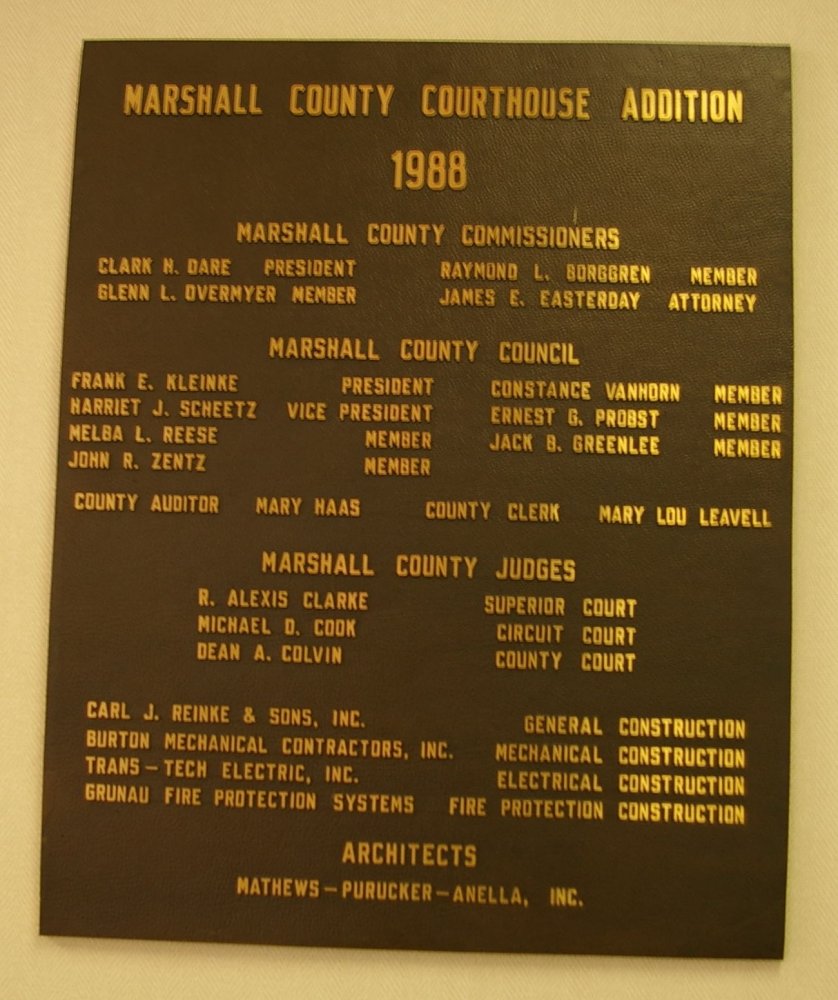 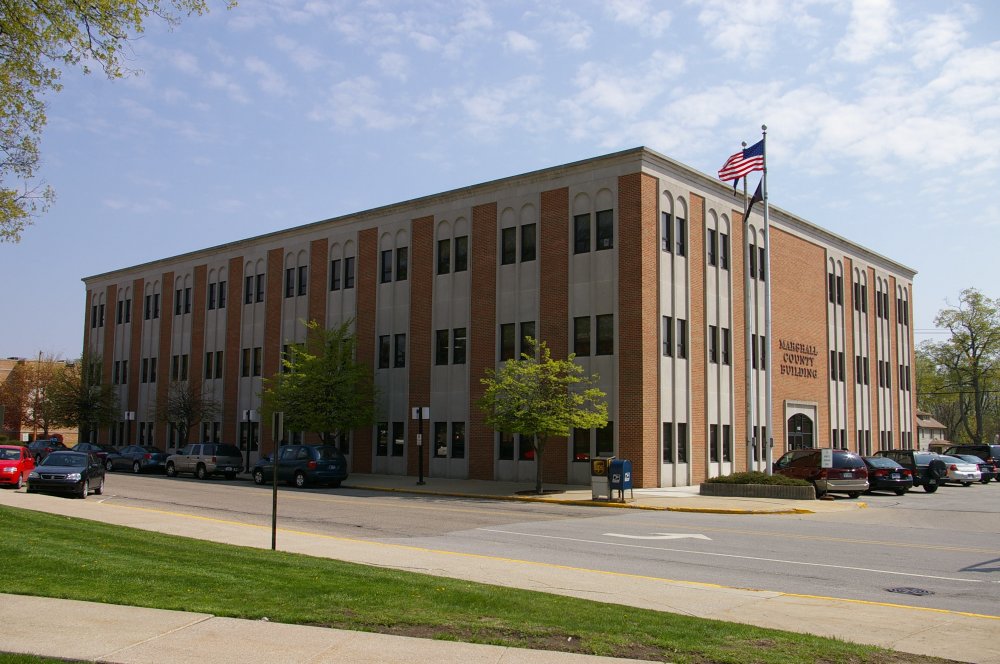