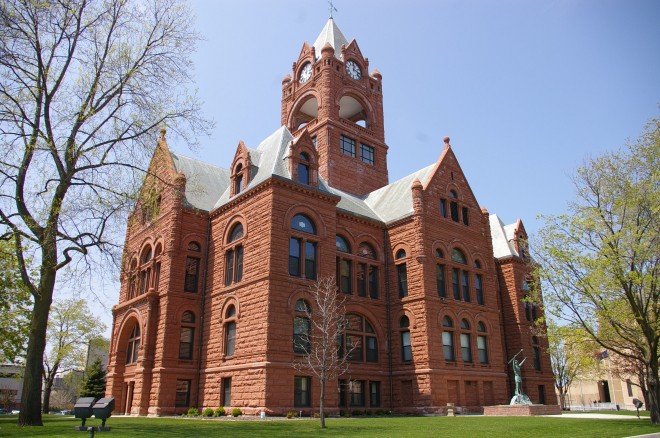 LaPorte County is named for the French word meaning “the door” or “the port”.

Description:  The building faces south and is a two story Lake Superior Red Sandstone structure. The building is located on landscaped grounds in the center of LaPorte.The building projects from the main section on each side with the projections rising to separate peaked roofs. On the center of the roof is a large square clock tower with open arch and green peaked roof. The building has a 270 piece skylight, gilded friezes and at least 45 gargoyle faces throughout. On the north side is the three story concrete Courthouse Annex constructed in 2004. The architect was DLZ Indiana, LLC and the contractor was Larson-Danielson Construction Company, Inc. 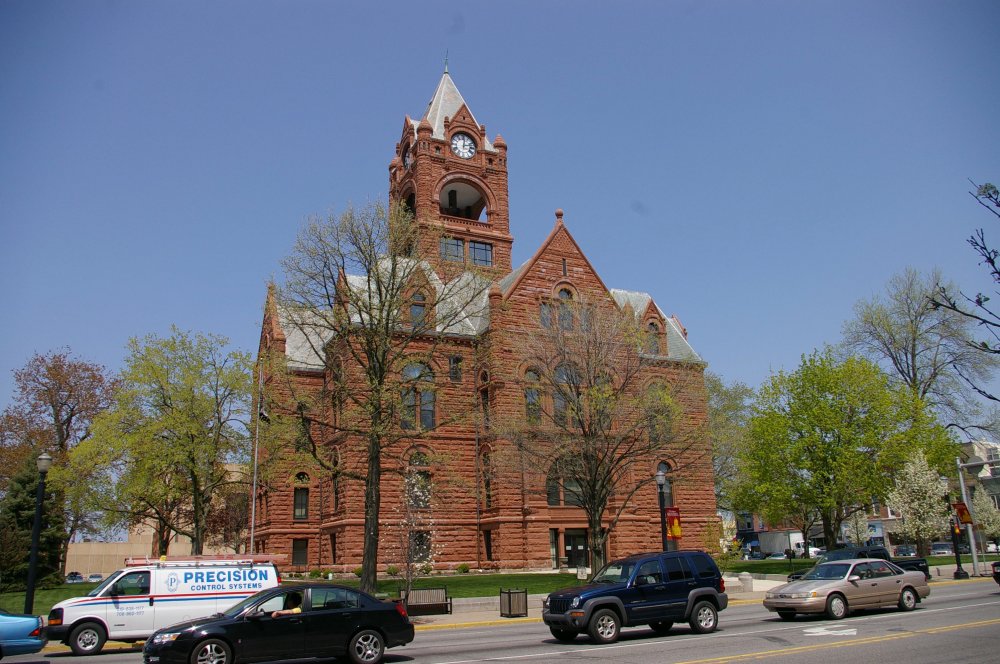 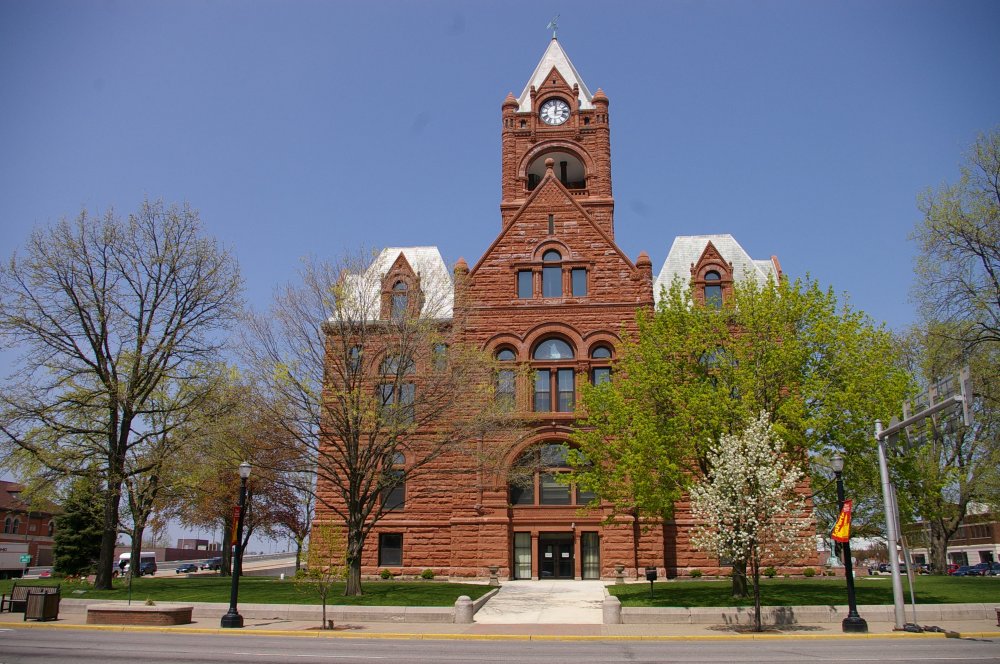 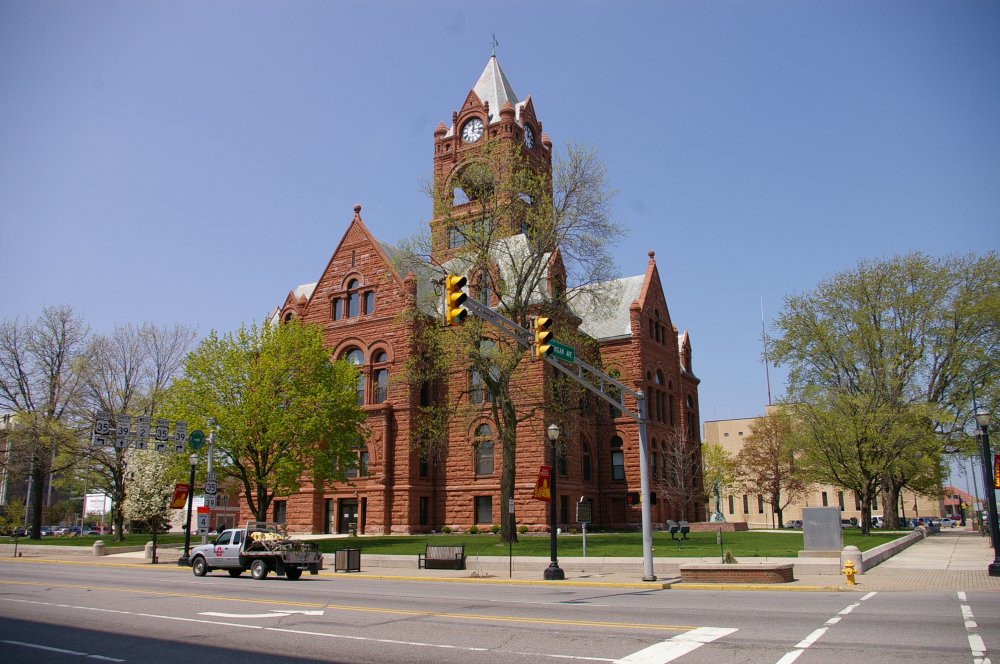 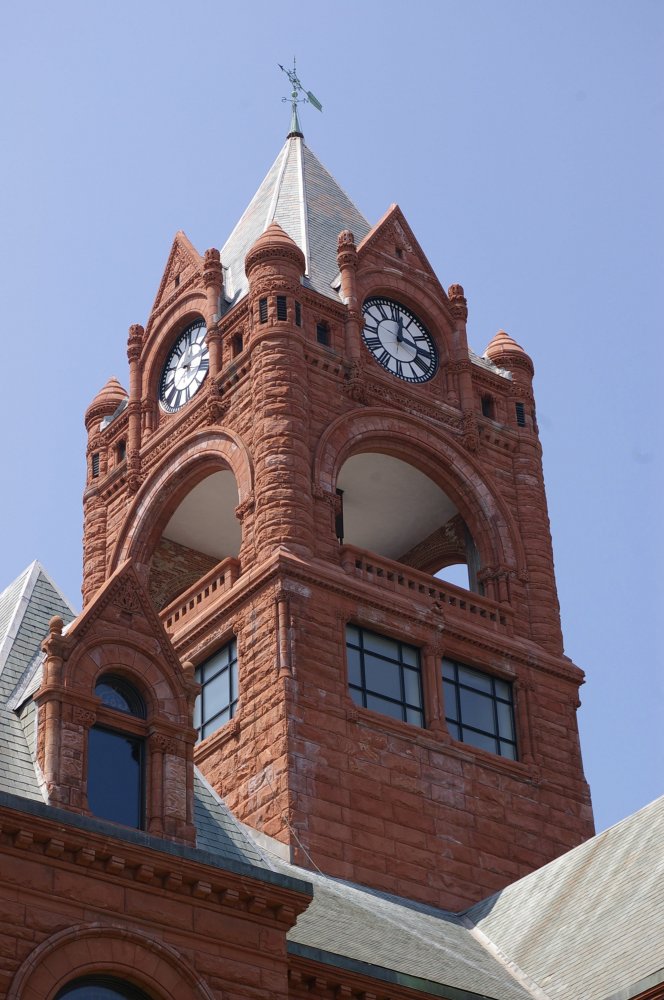 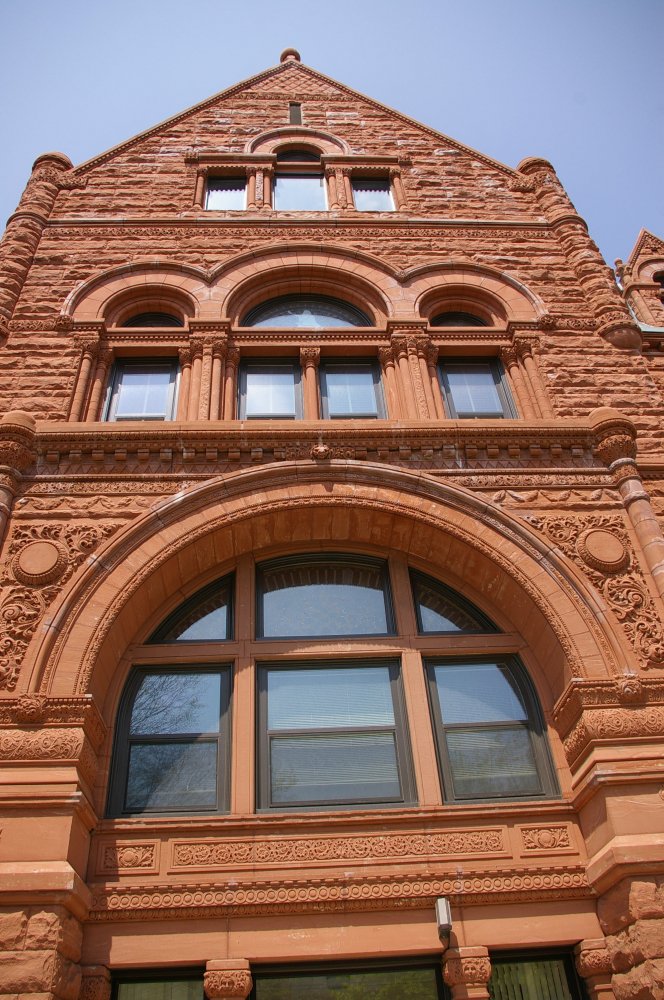 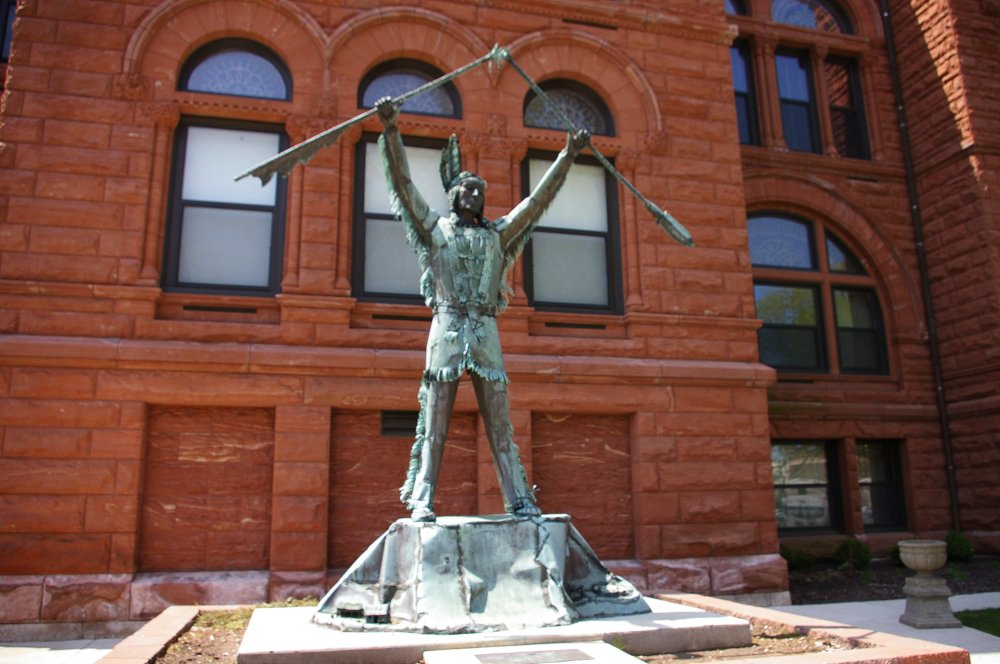 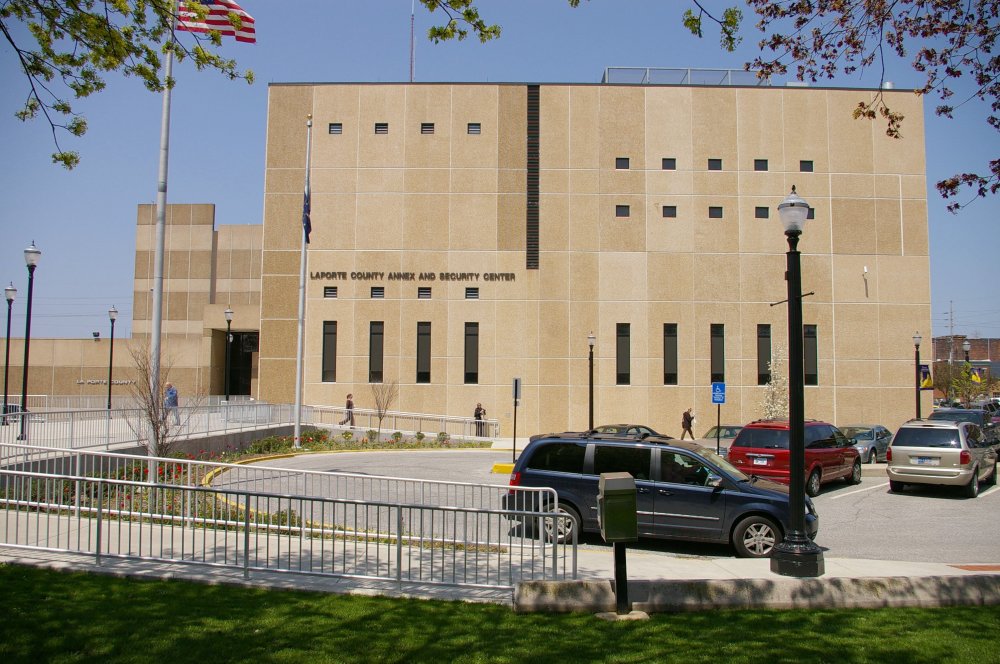 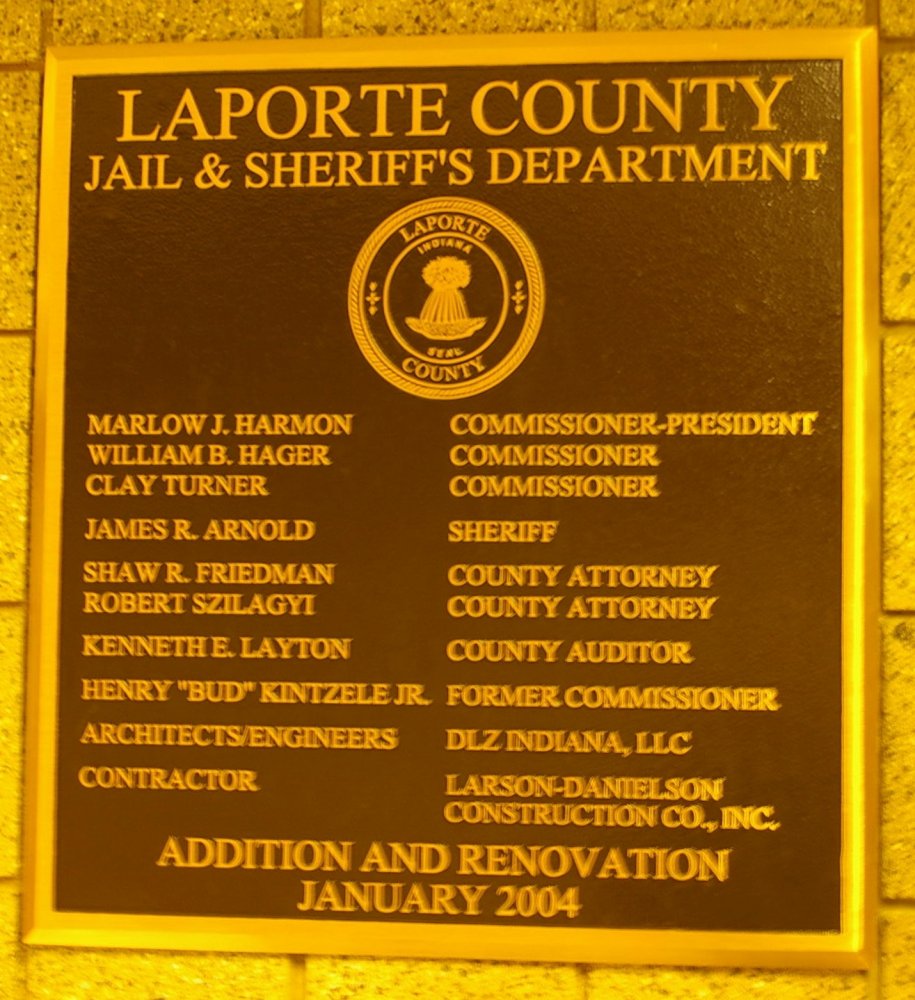