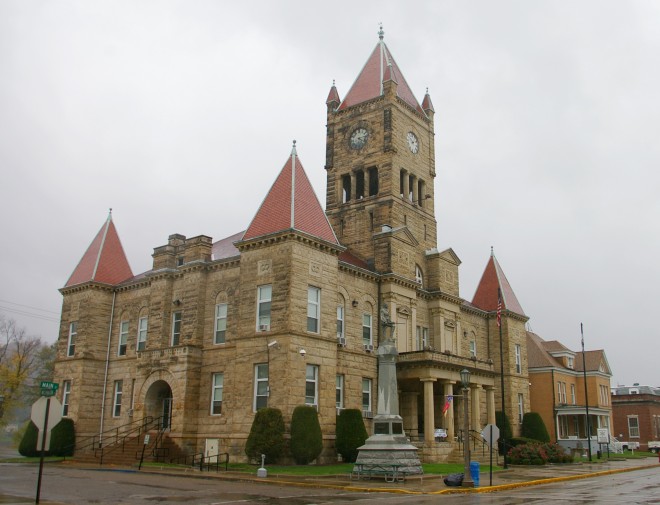 Wetzel County is named for Lewis Wetzel, who was a noted frontiersman.

Description:  The building faces east and is a two story buff colored sandstone and concrete structure. The building is located on landscaped grounds in the center of New Martinsville. The east front has a one story portico at the central entrance. Behind the portico rises a high square tower with open center for the bells and above a clock and steep red colored roof. Each corner of the building has a square tower with steep red colored roof. The south side has an arched entrance on the first story. The building houses the County Circuit Court of the 2nd Judicial Circuit and County Family Court. During construction of the building, J H Braun was the superintendent. Along the north side of the building is the Sheriff Residence built in 1897. 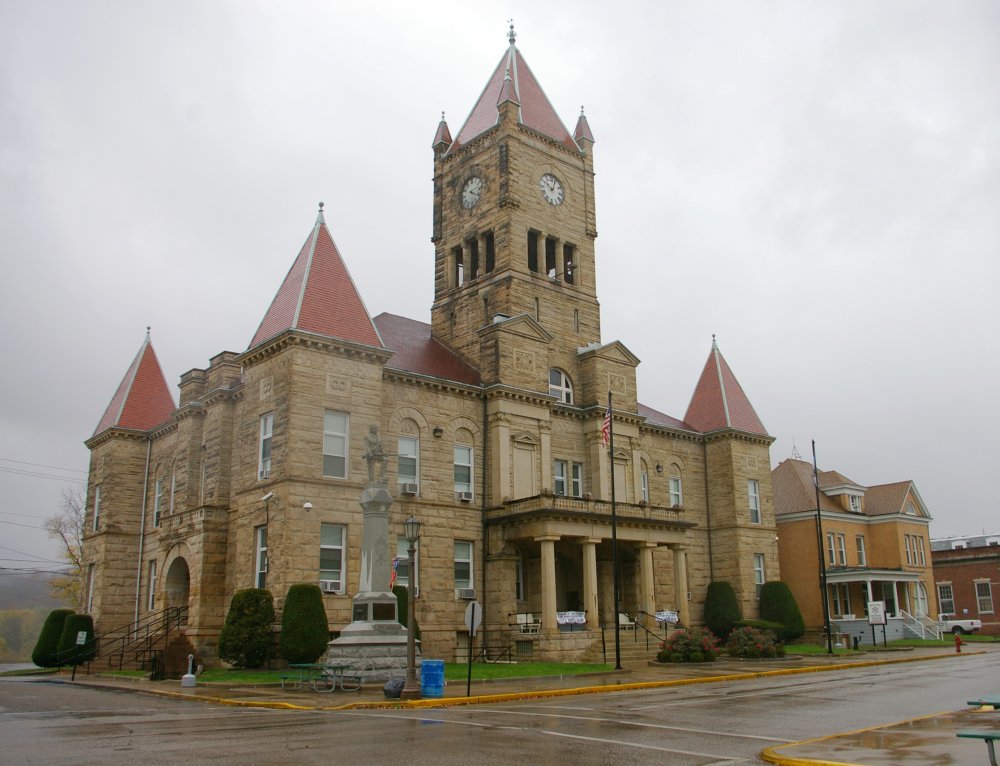 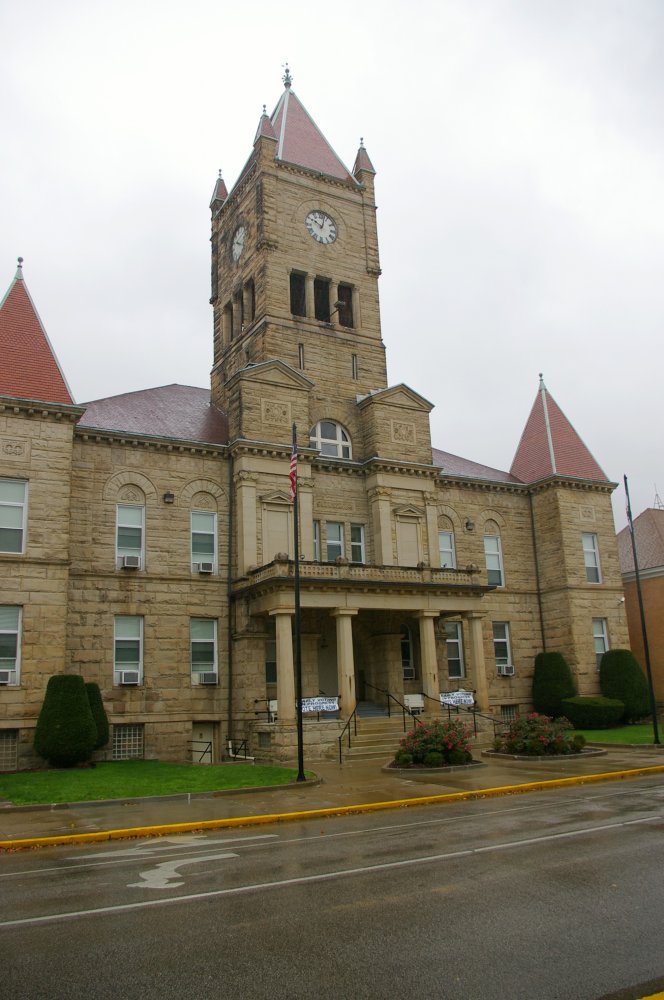 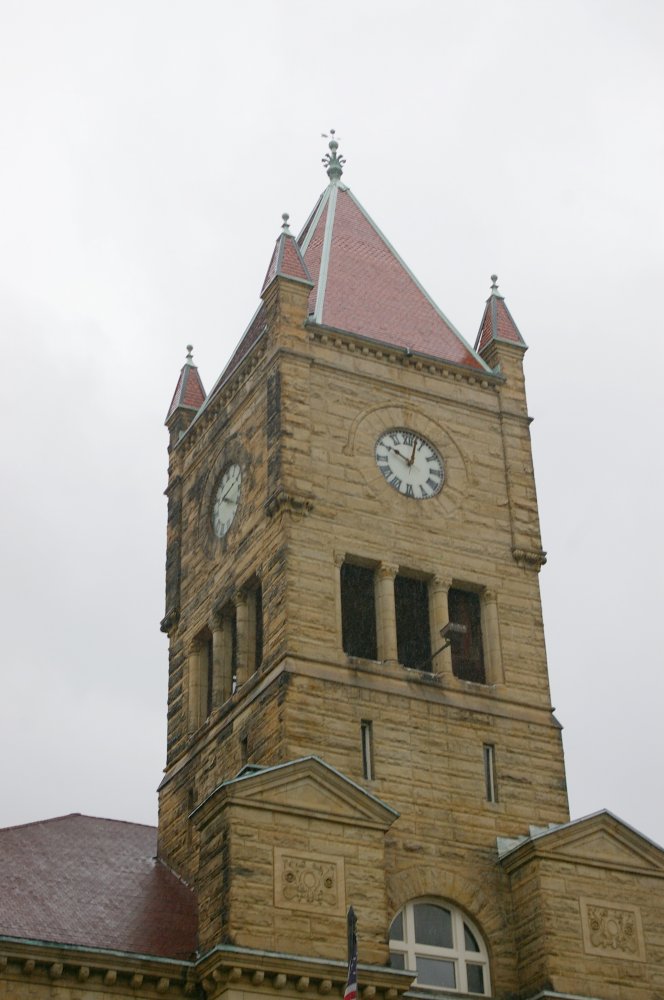 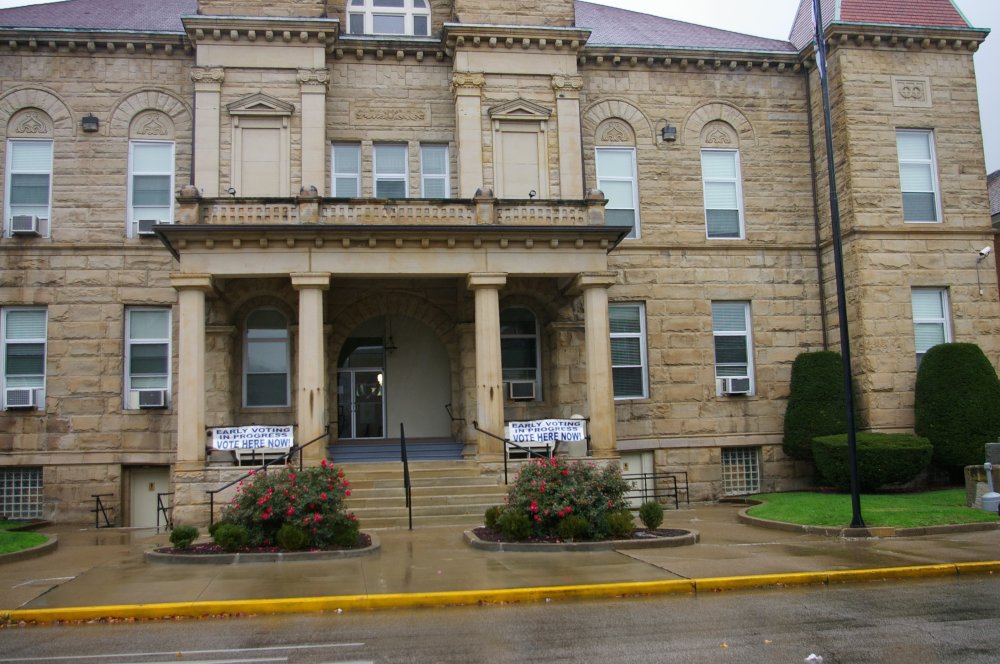 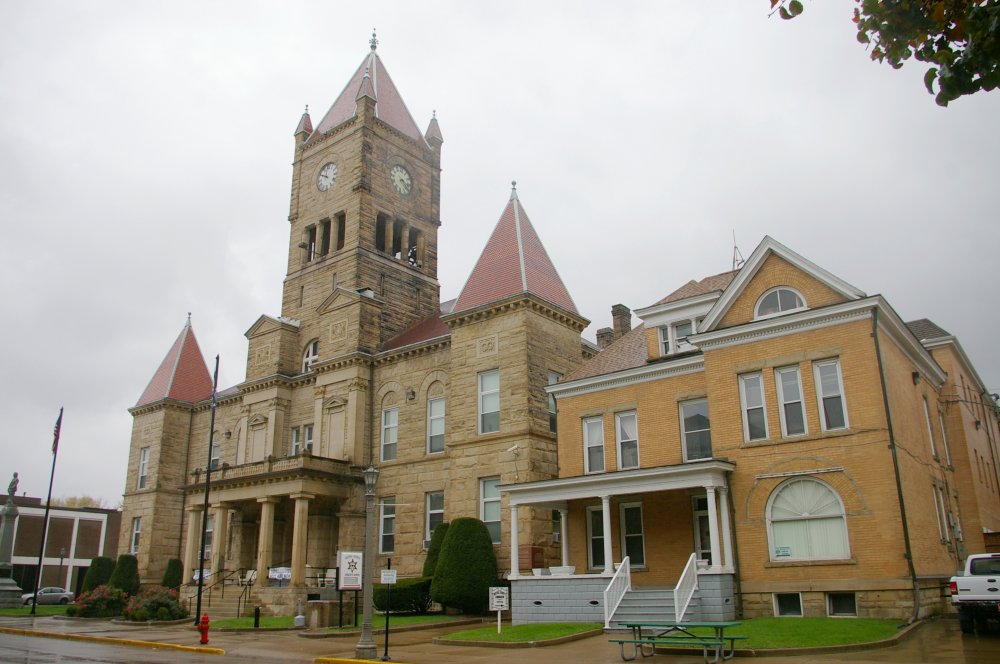 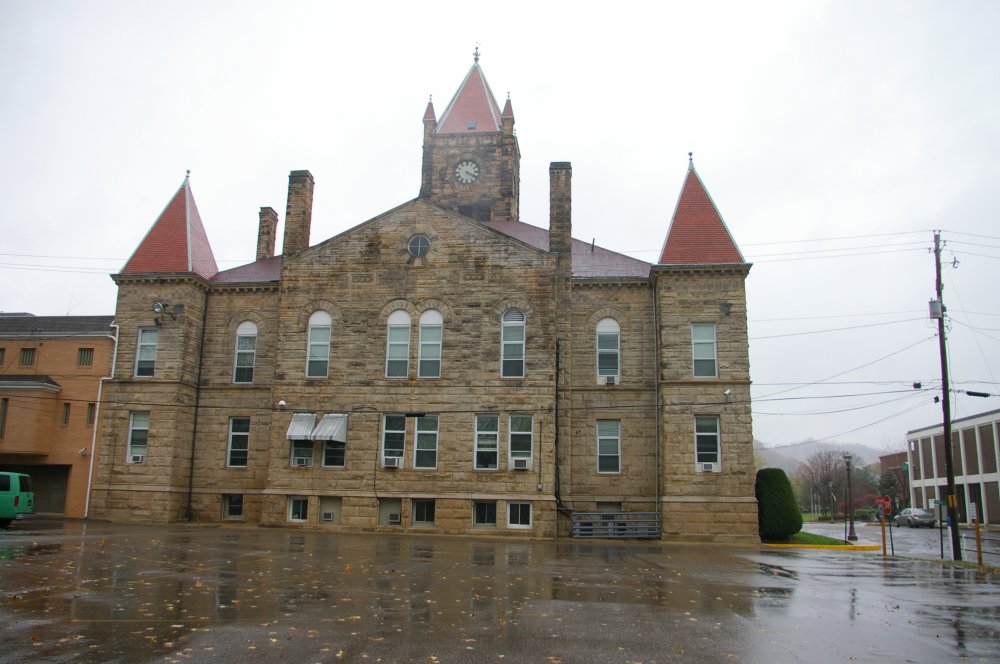 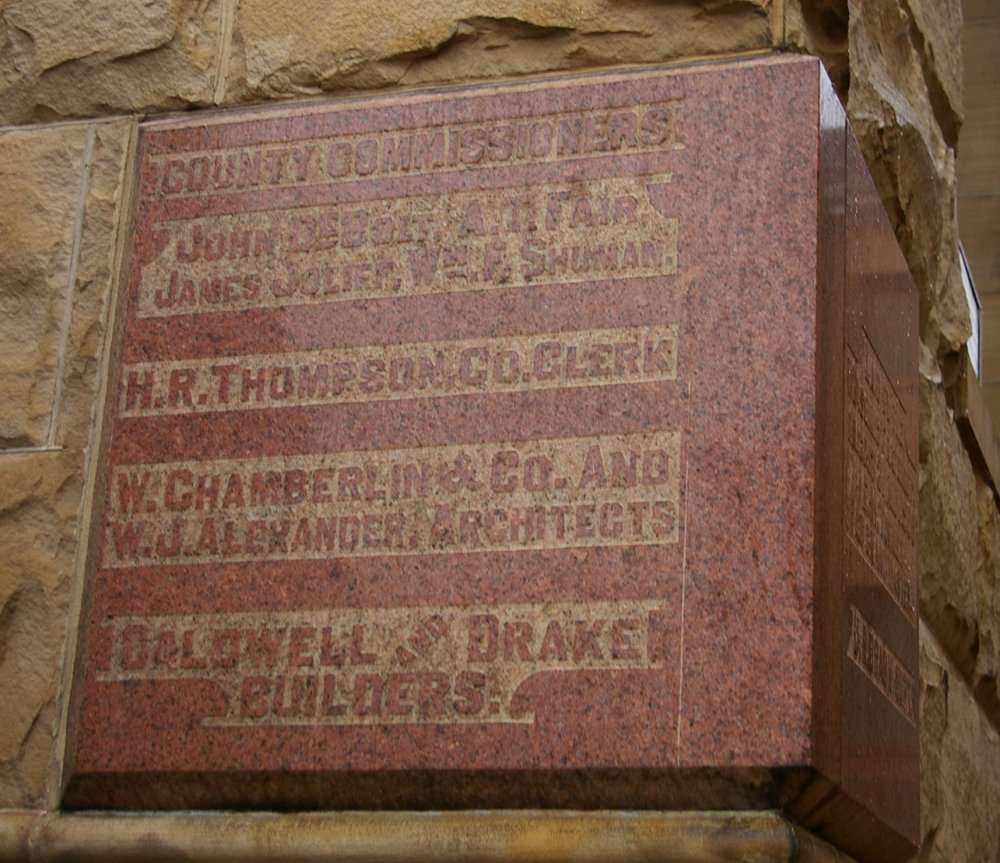 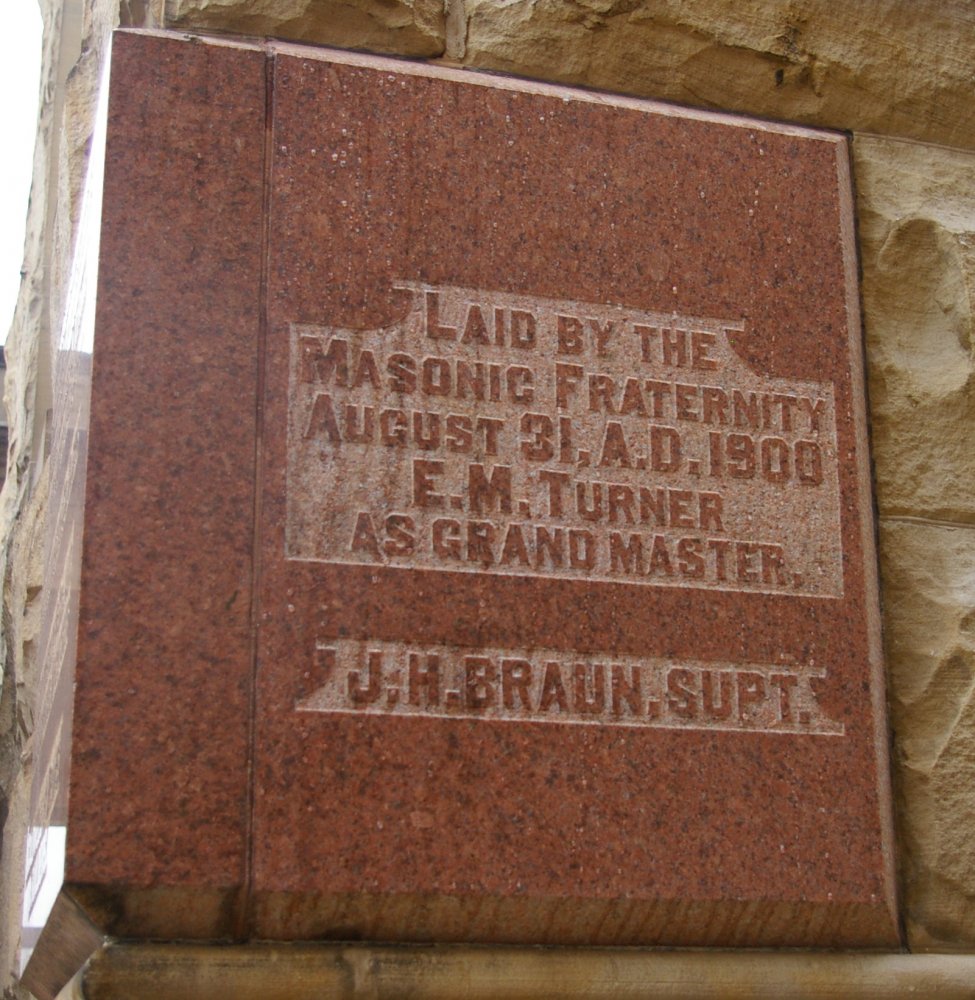 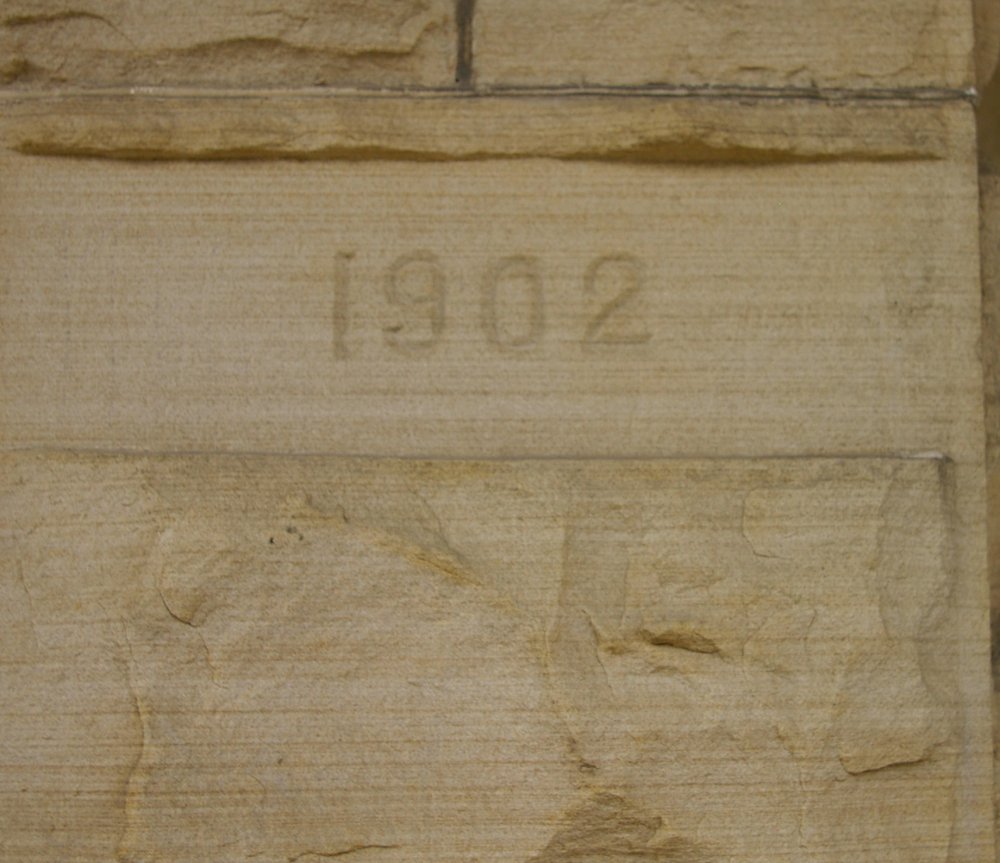 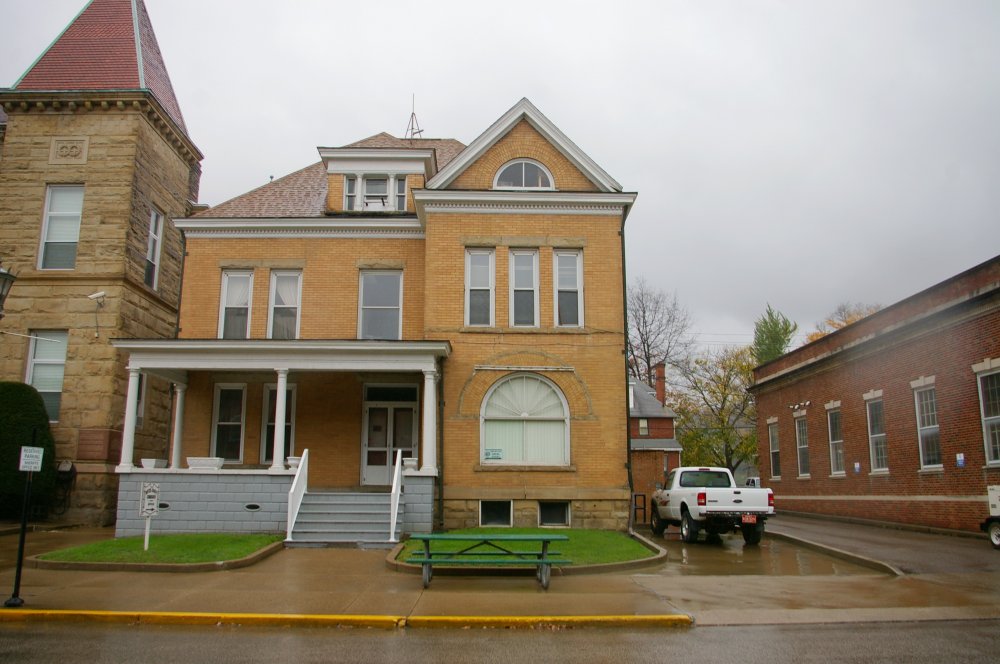