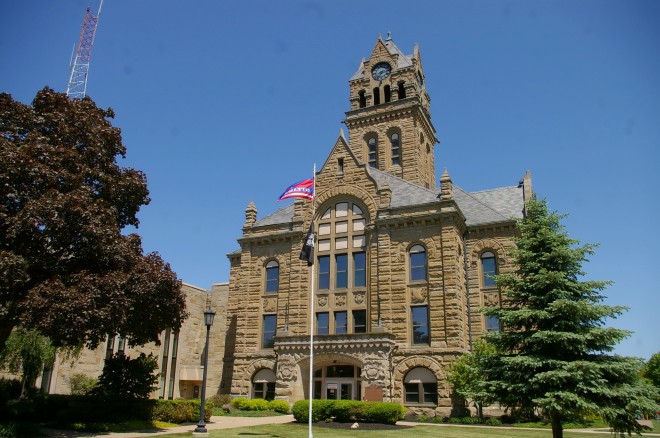 Ottawa County is named for the Ottawa Native Americans and the name “Ottawa” means “trader” in their language. 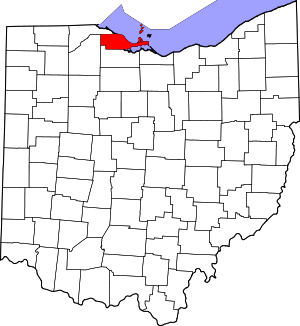 Description:  The building faces west and is a three story brown colored sandstone and concrete structure. The building is located on spacious landscaped grounds in the center of Port Clinton. The building has North Amherst Sandstone and pink colored Tennessee marble. The square tower, located in the center of the roof, rises to 132 feet above the ground. The top of the tower contains a belfry for the clock chimes, and the clock faces are located in gables similar to, but smaller than, those below. In the interior, the building is constructed around the central stairwell that rises to the second floor and forms a vault. Four scenes depicting Ottawa County are painted on the walls outside the courtroom: “Quarrying,” “Farming,” “Fishing,” and “Fruit Growing.”  These four original industries of the county also define in large measure the significant immigrant groups that settled here.  The French were the fishermen, the Danes were the farmers, the Germans were the fruit growers, and the Slavic peoples worked the quarries. The chandelier, hanging from the middle, was taken from the courtroom when it was remodeled and the ceiling lowered. The building houses the County Court of Common Pleas – General, Domestic Relations, Juvenile and Probate.

See:  The courthouse in Starke County, Indiana is similar in design. 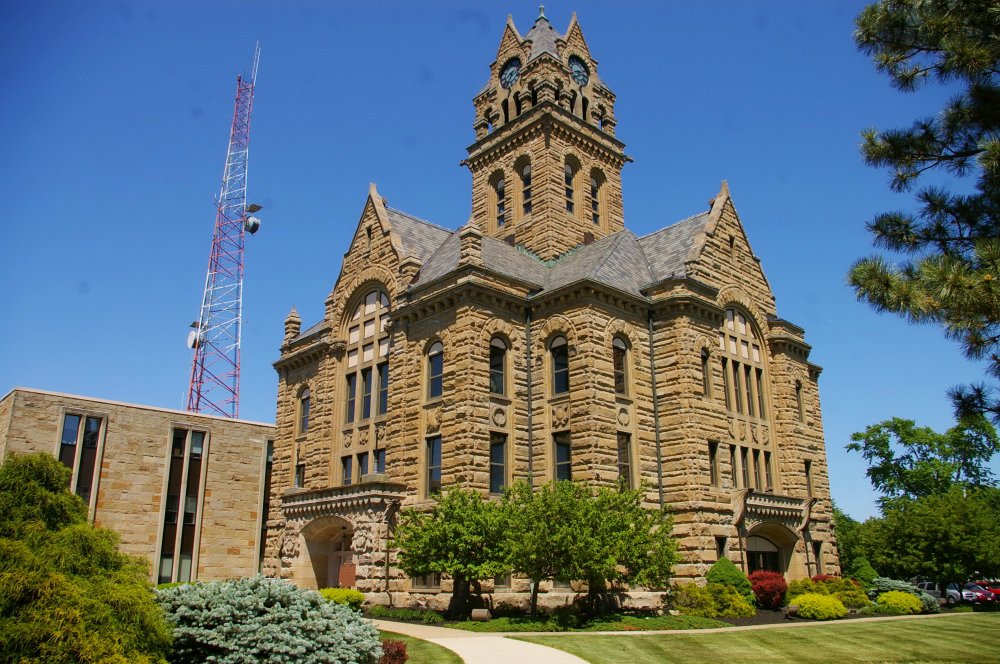 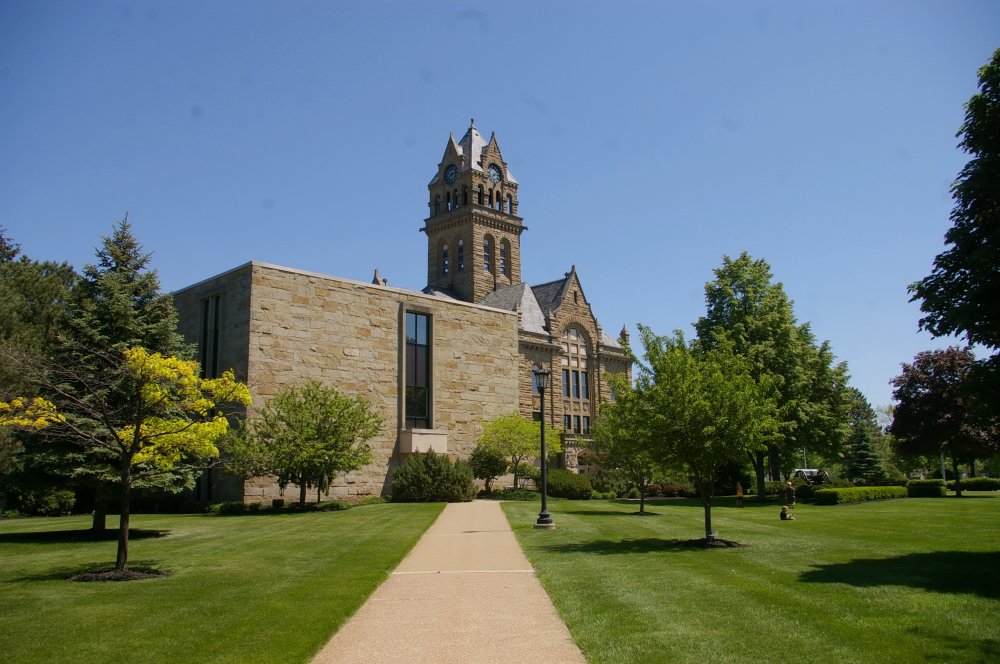 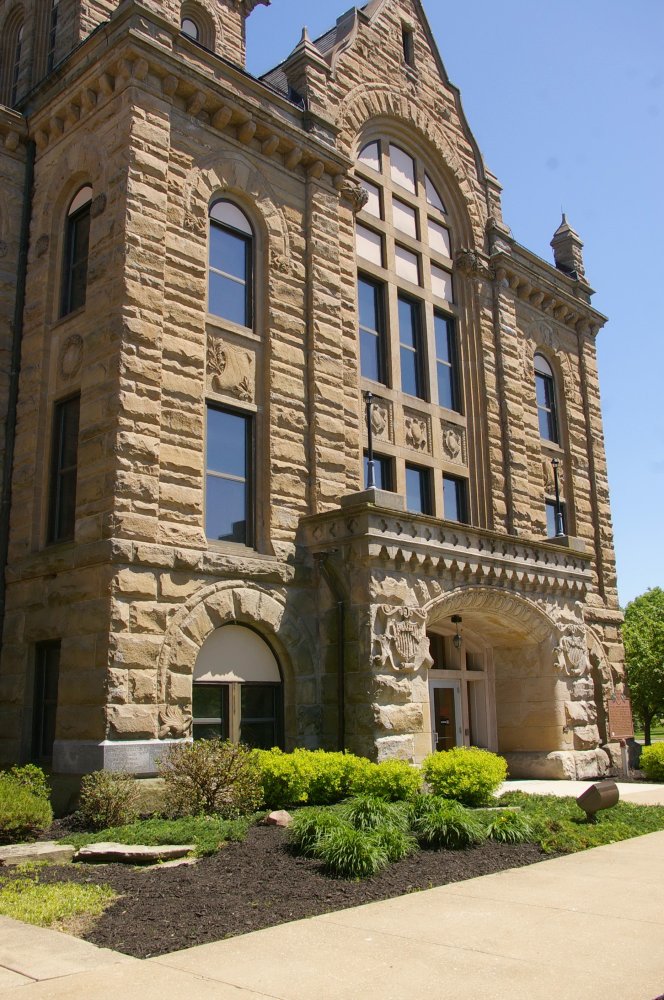 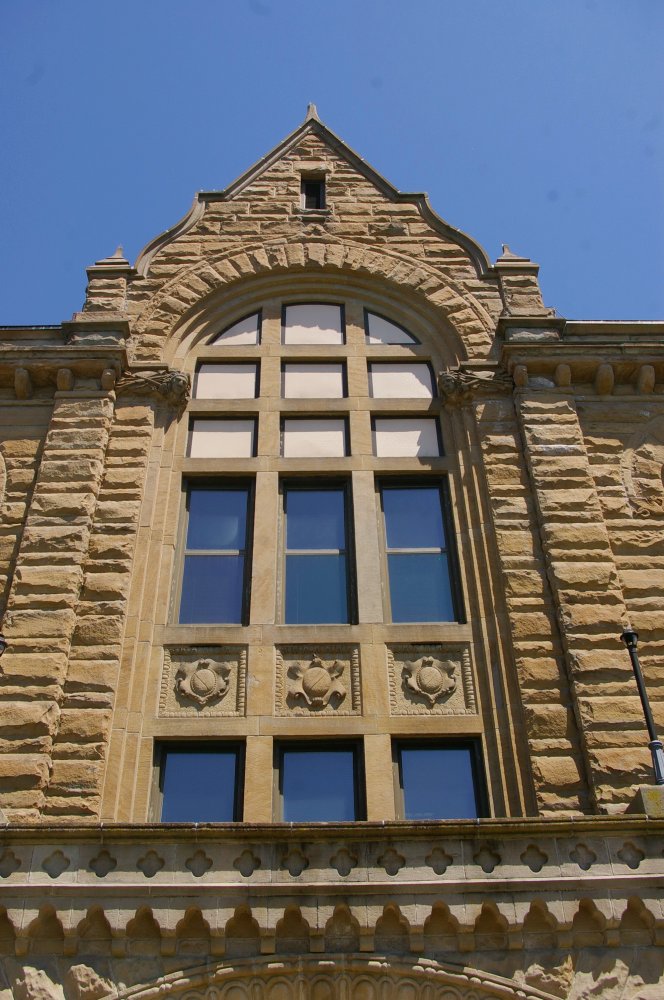 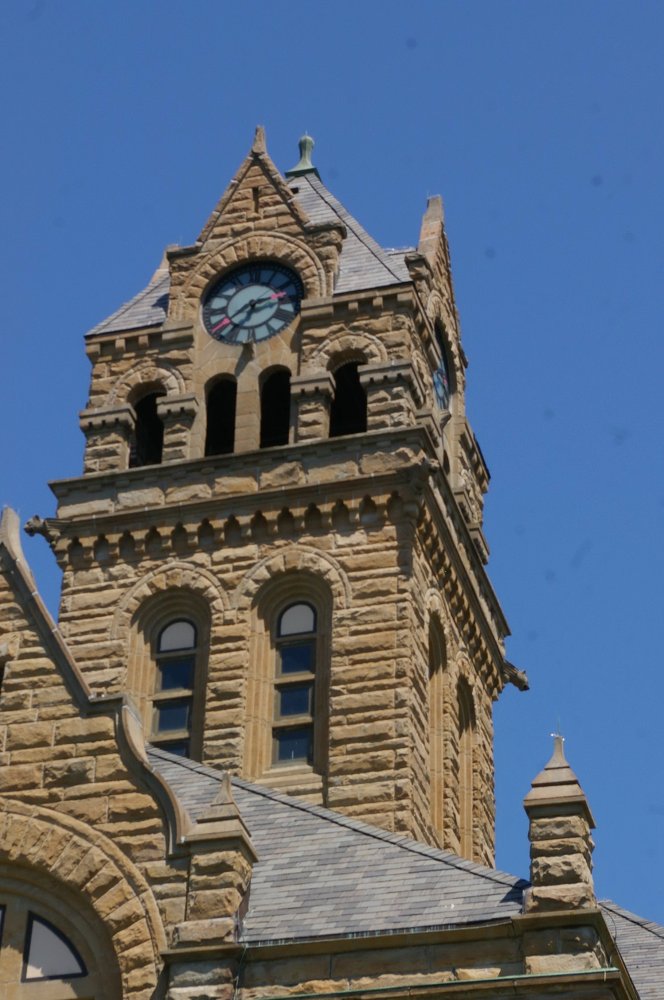 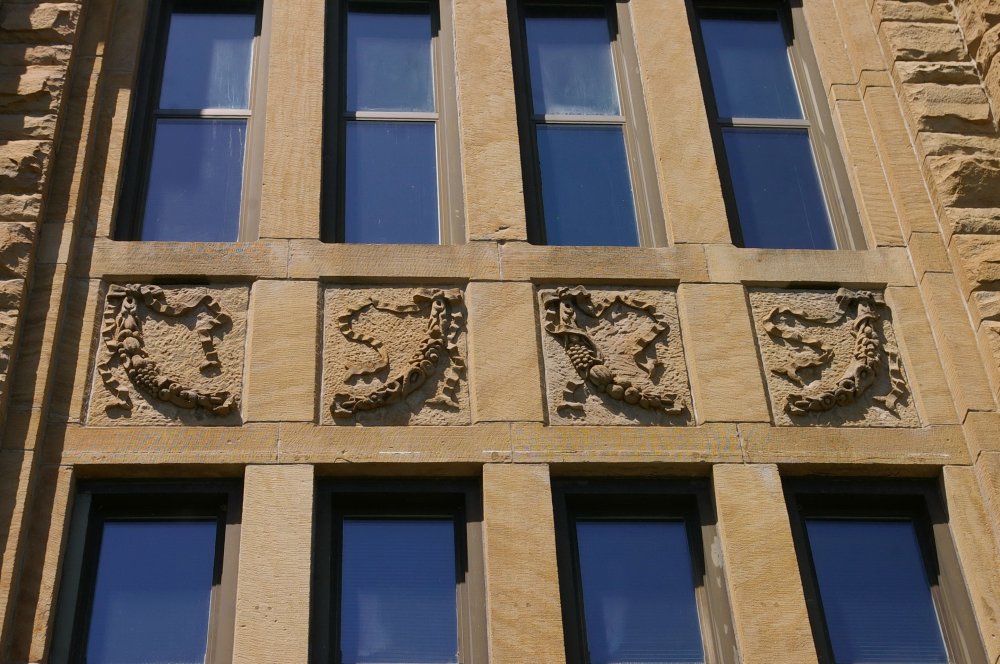