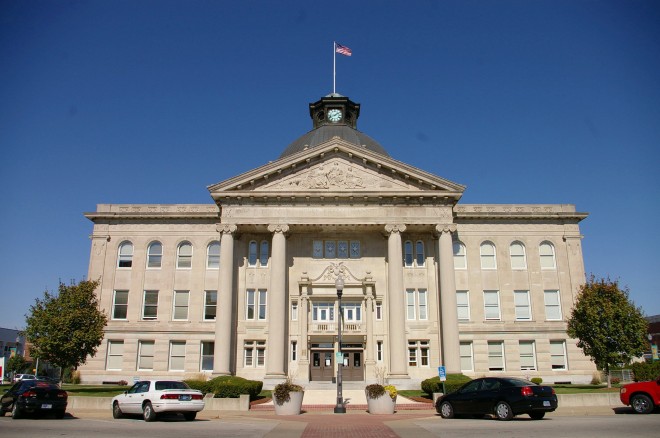 Boone County is named for Daniel Boone, who was a frontiersman and who died at the Alamo, Texas.

Description:  The building faces south and is a three story buff colored stone structure. The rectangular shaped building is located on landscaped grounds in the center of Lebanon. On the south front is a large portico supported by four large columns rising to a large pediment containing ornamentation. The recessed entrance has stone trim rising to the second story. A wide cornice follows the roof line. On the center of the roof is a large octagonal dome with black colored roof and clock at the top cupola. In the interior, the wainscoting of the corridors and rotunda is a white colored Italian marble, five feet high on the first floor and three and one-half feet on the others, having a green colored Vermont marble base. The most outstanding feature of the interior is the four-story, open rotunda with the stained glass dome overhead. The columns in the rotunda are heavy steel, protected by concrete and covered by scagliola. Above the rotunda is a large glass skylight.The floors of the corridors, rotunda and lobbies on the second story are ceramic title and the floors in various rooms are “H” quartered oak. The courtroom is located on the west side of the third story. The building houses the County Circuit Court and the County Superior Court of the 12th Judicial District.

Note:  The courthouse has two sets of four massive exterior columns that are the tallest single piece limestone columns in the world.

See:  The contractor, Caldwell & Drake Construction of Columbus, Indiana also constructed courthouses in Monroe County, Putnam County and Starke County; in Ohio in Mahoning County and Ottawa County; in Pennsylvania in Somerset County, and in West Virginia in Wetzel County and Wood County. 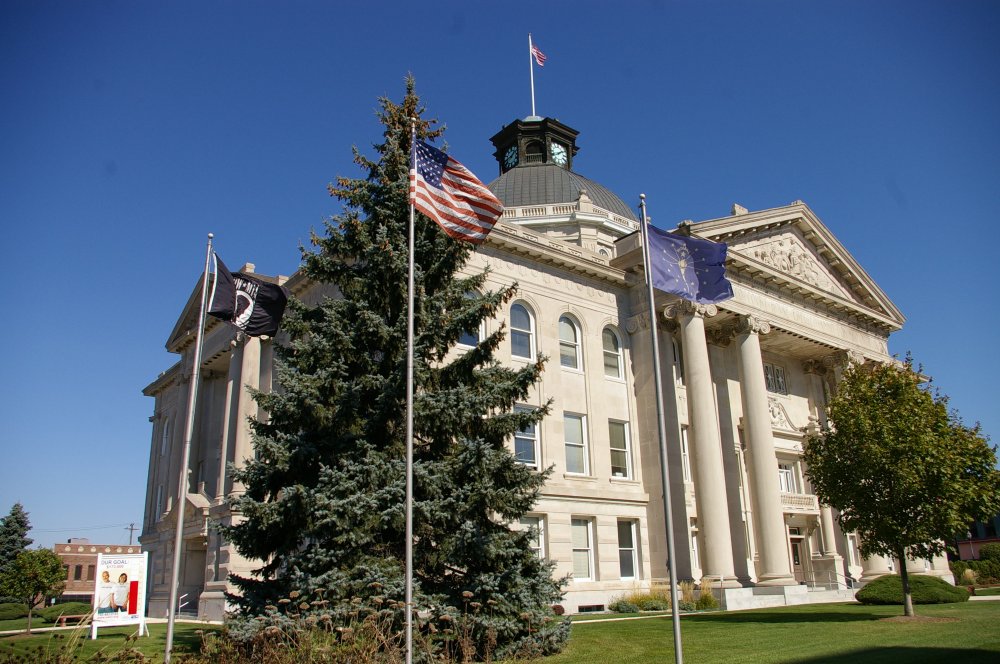 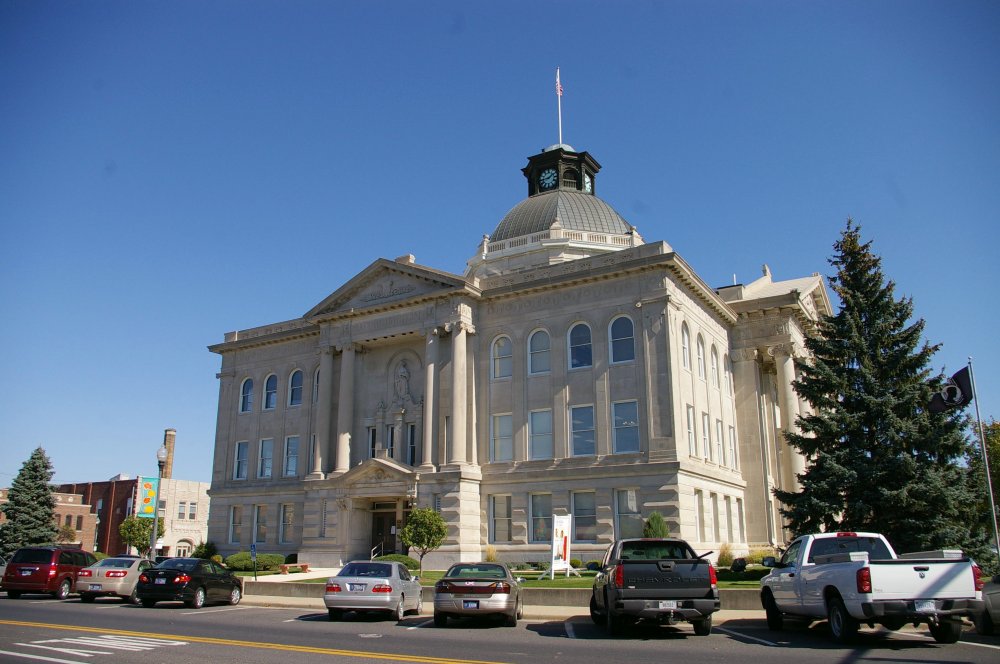 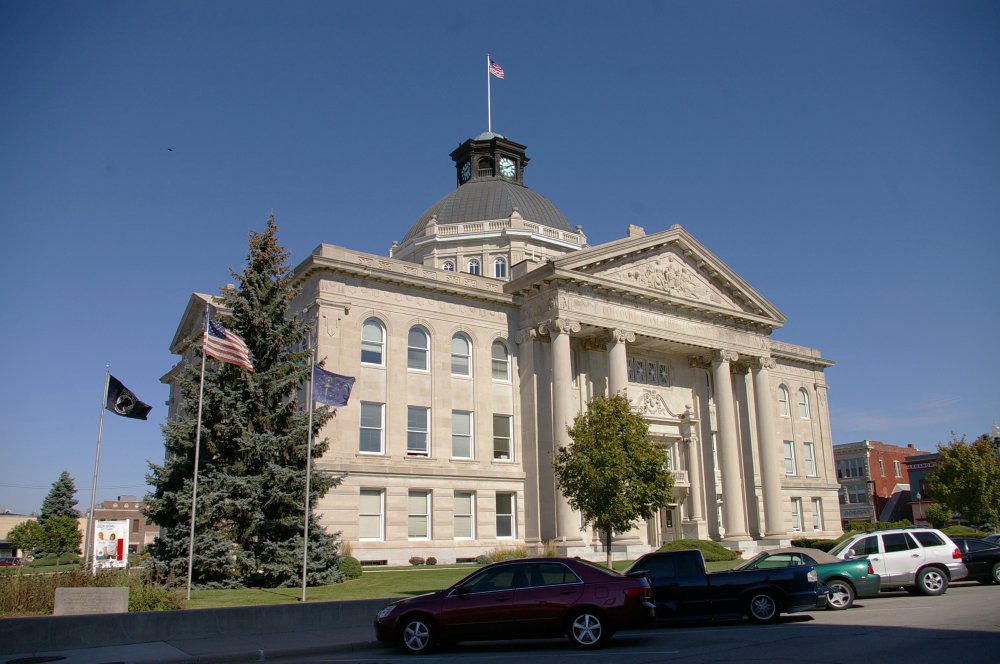 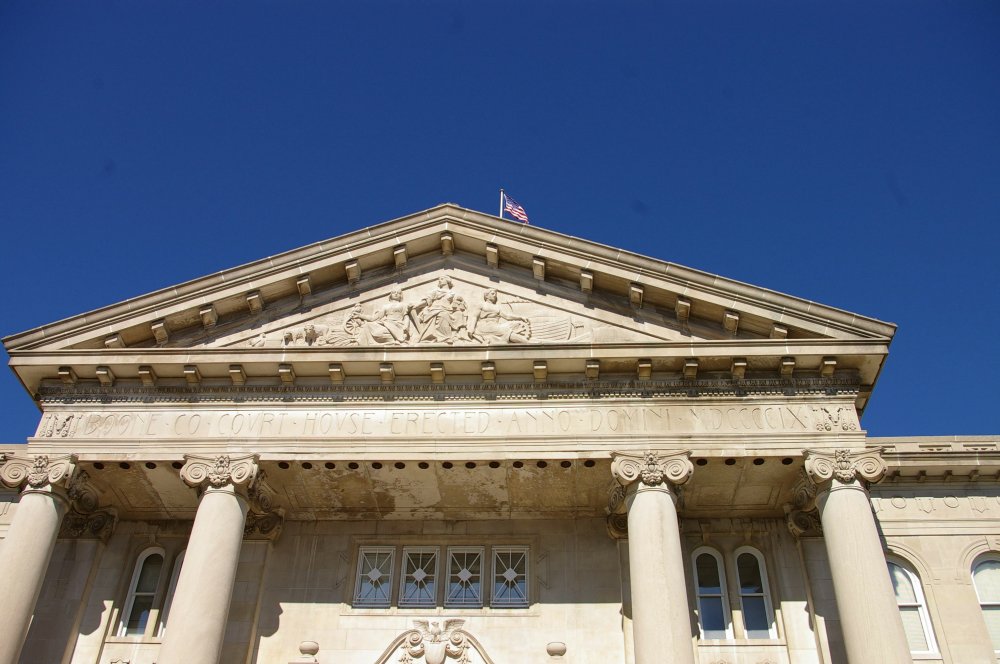 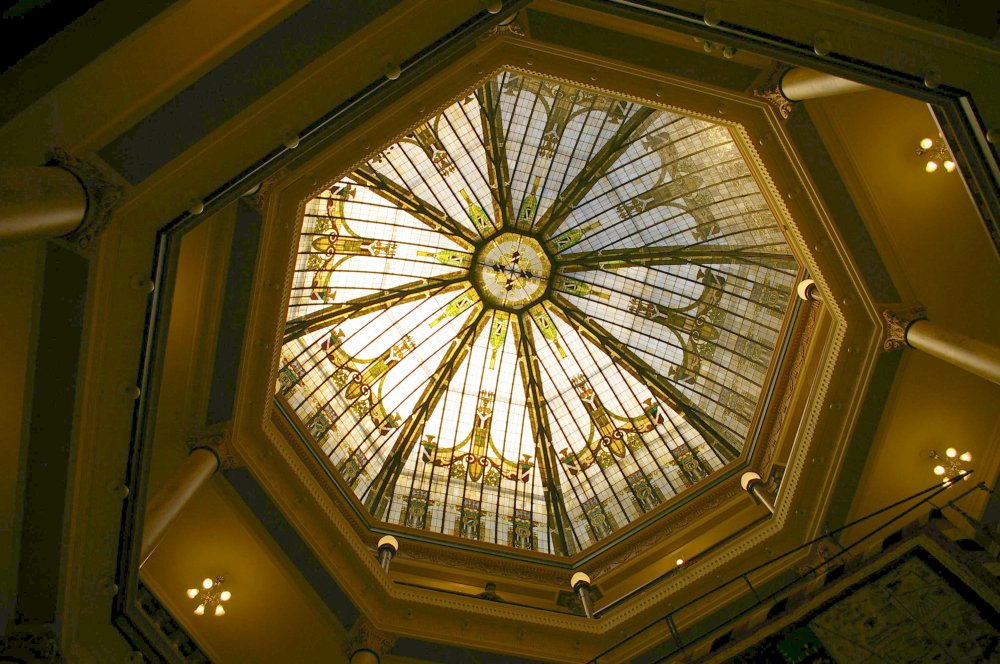 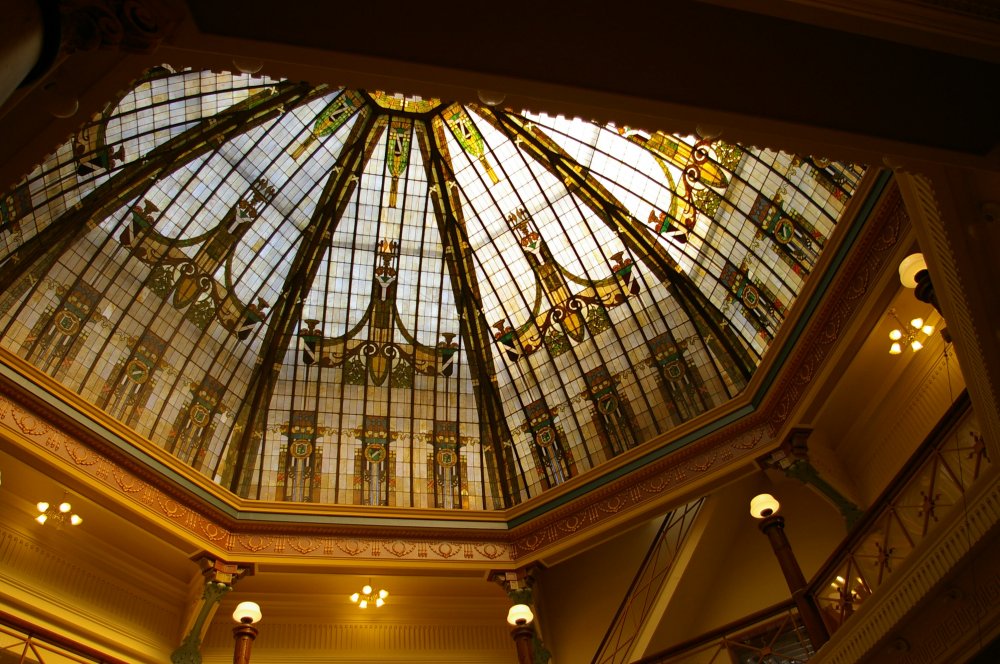 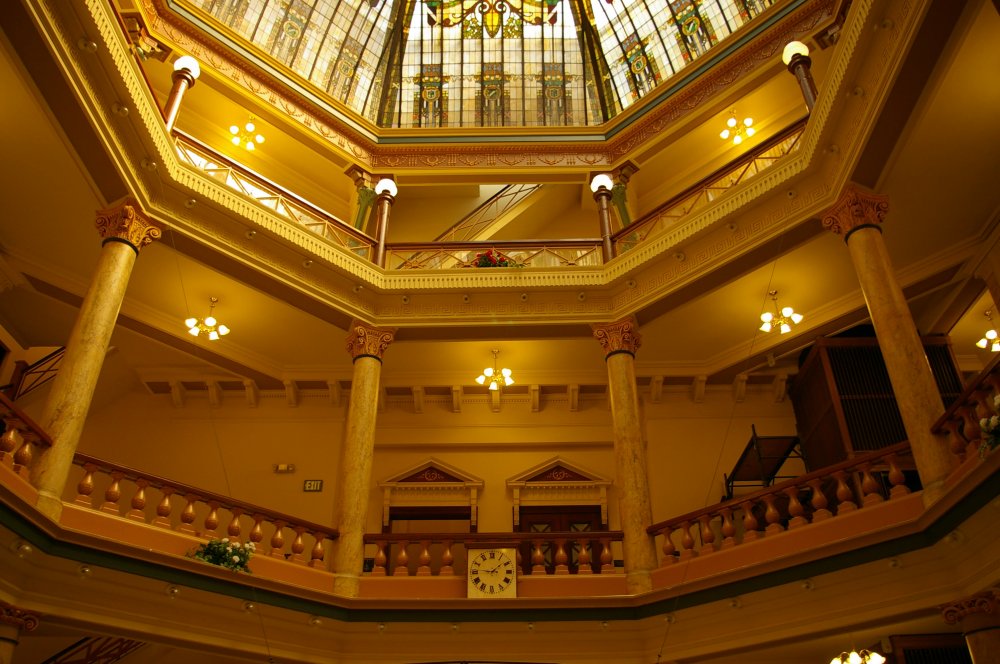 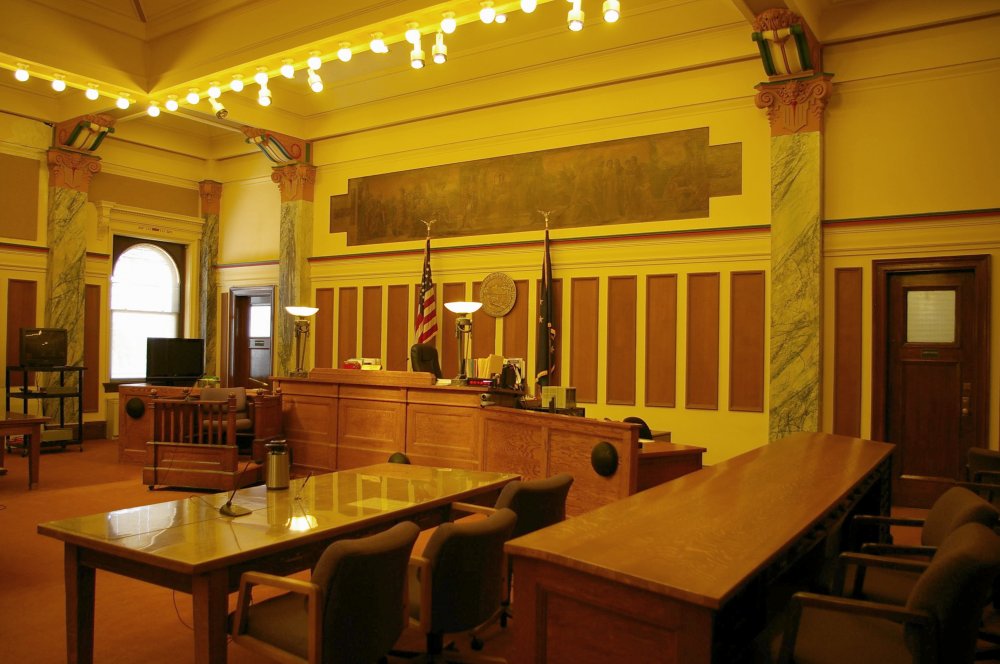 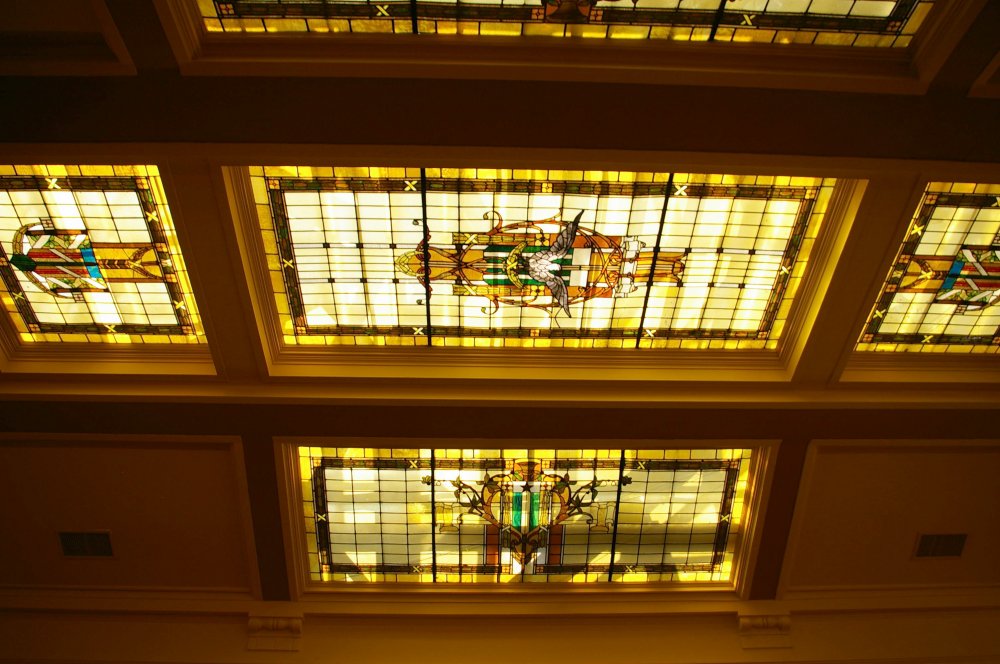 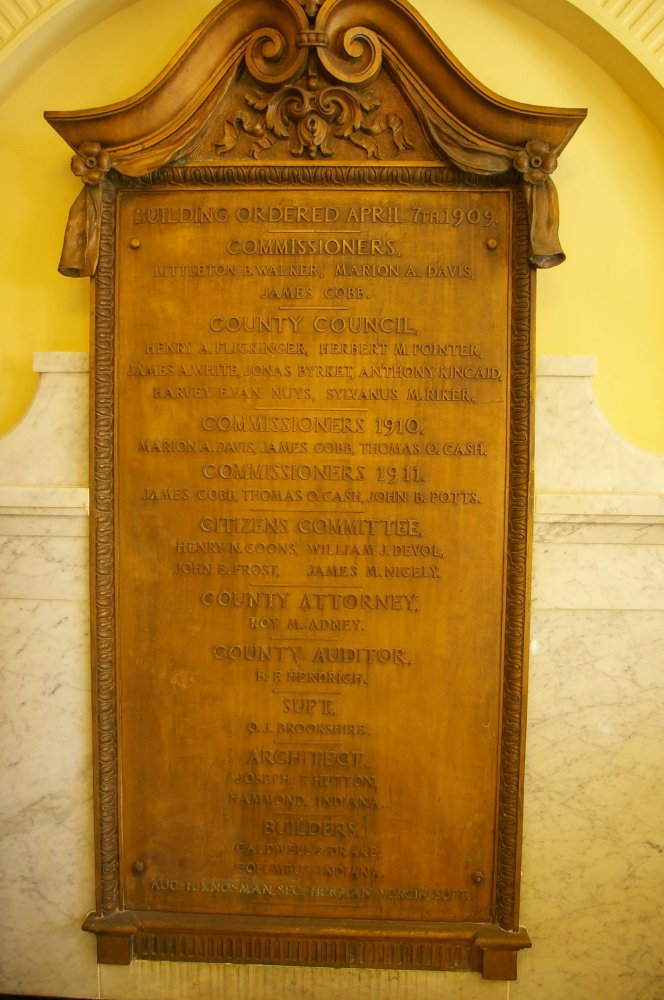 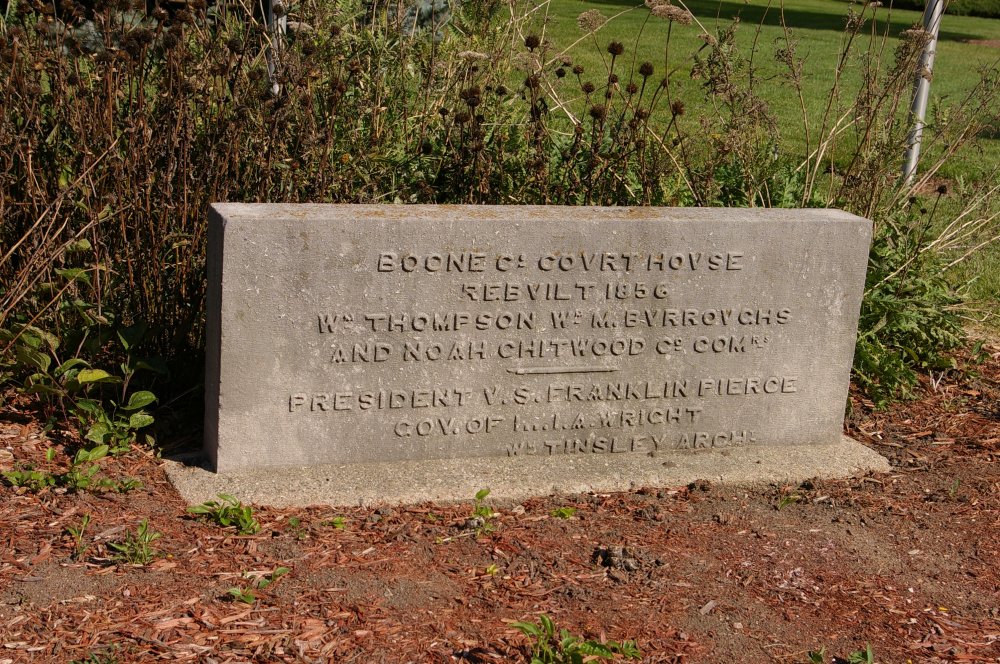