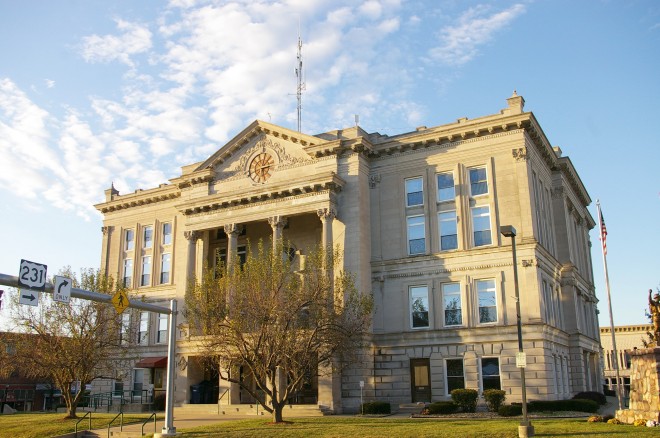 Putnam County is named for Israel Putnam, who was a hero in the French and Indians War and a general in the American Revolutionary War.

Description:  The building faces south and is a three story limestone and concrete structure. The building is located on the landscaped grounds of the Courthouse Square in the center of Greencastle. The building is constructed with Indiana limestone. The south portico has three rectangular opening on the first story and four Corinthian columns rise from the second to third story with a wide pediment containing a clock. The first story is cut stone. A wide cornice runs along the flat roof line. At the center of the roof is the dome of the skylight. In the interior is a central rotunda with skylight. The building houses the County Circuit Court and the County Superior Court of the 19th Judicial District. To the west is the Old County Jail at Washington Street and North Market Street.

See:  The contractor, Caldwell & Drake Construction of Columbus, Indiana also constructed courthouses in Boone County, Monroe County and Starke County; in Ohio in Mahoning County and Ottawa County; in Pennsylvania in Somerset County, and in West Virginia in Wetzel County and Wood County. 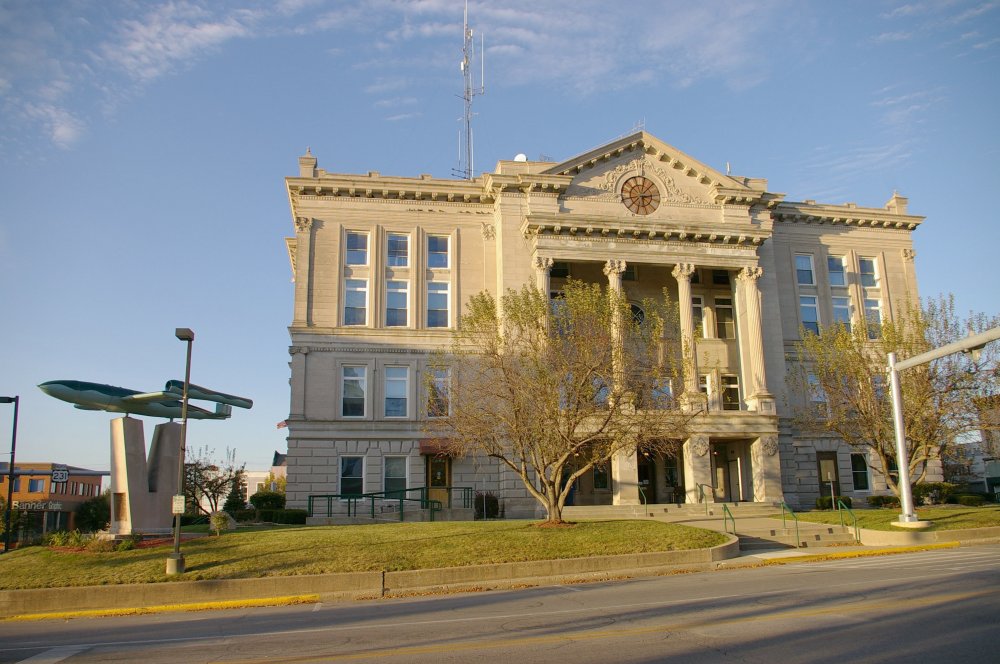 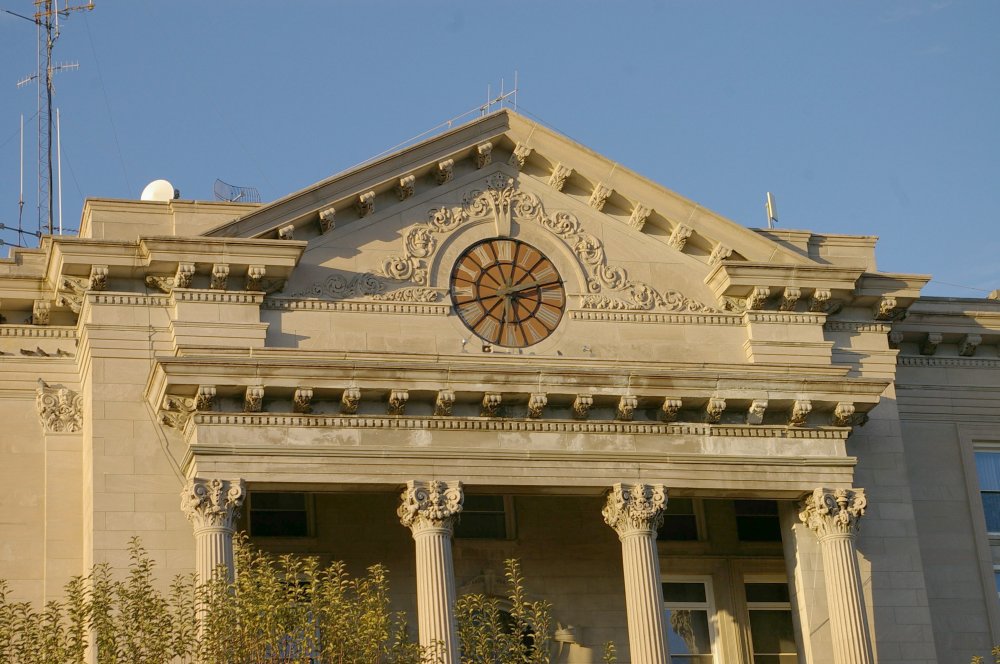 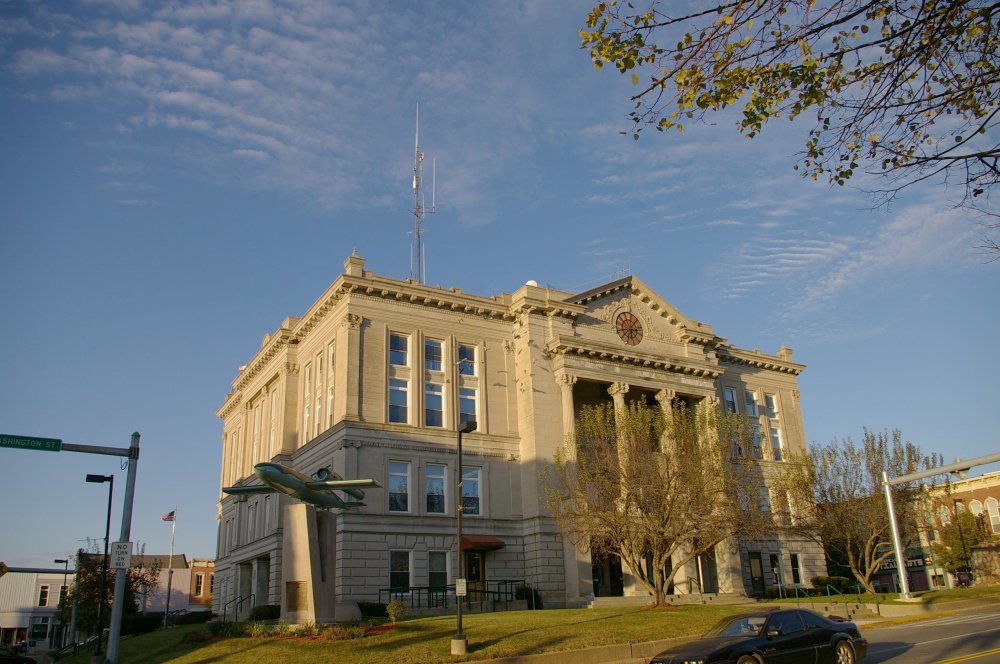 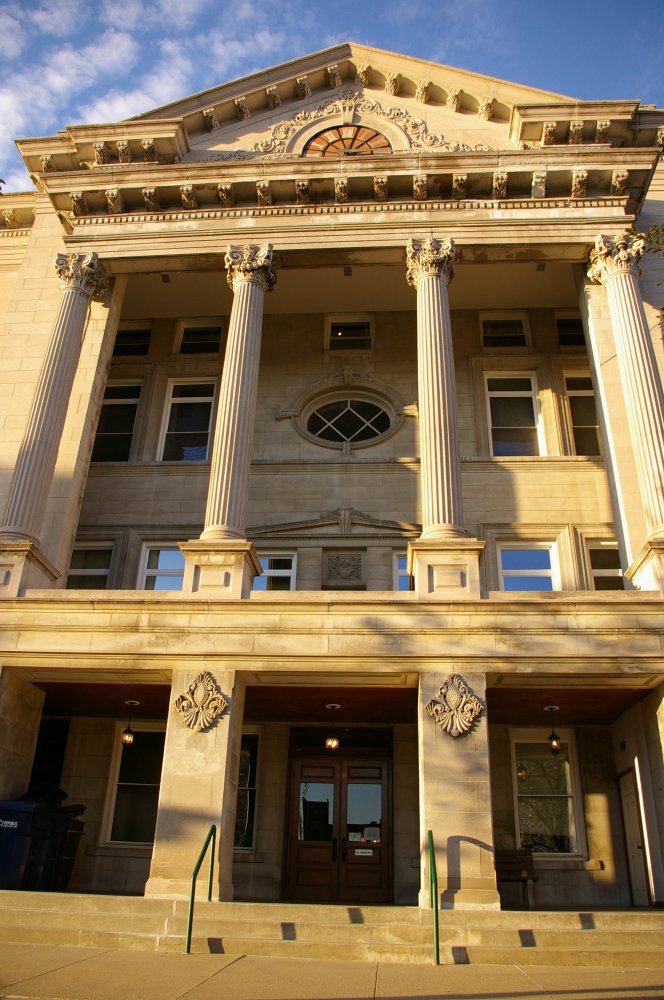 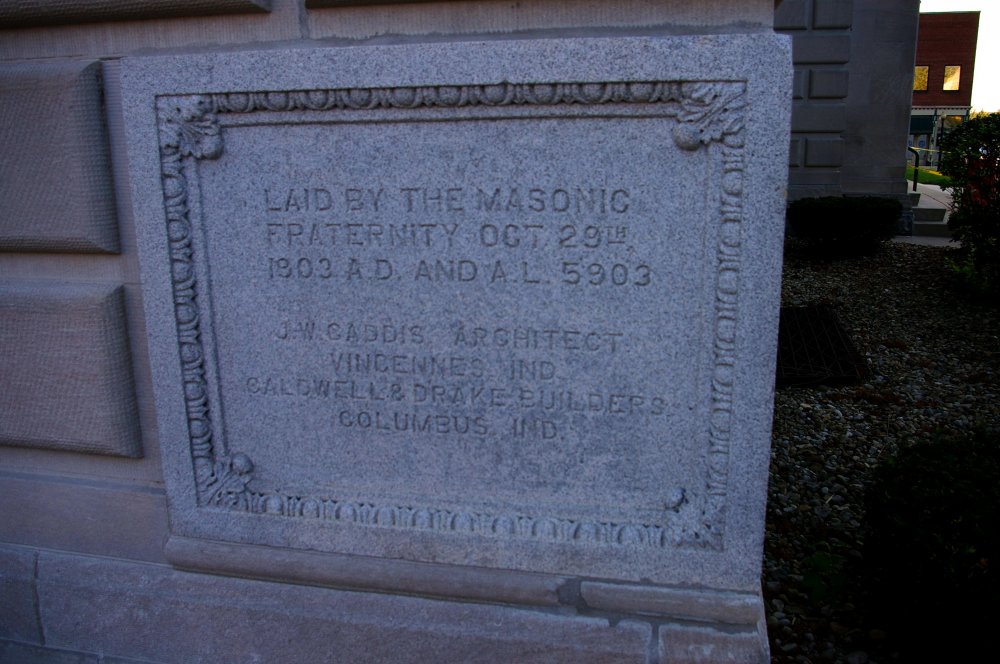