Somerset County is named for Somerset Shire in England.

Description:  The building faces south and is a three story Indiana gray colored limestone structure. The south front has a large semicircular portico supported by six columns rising to a balcony at the third story. The center section extends from the main building and has two portal windows on the second story and three entrance doors on the first story. On the center of the roof is a large copper dome with small cupola at the top. The roof line is flat with a stone balustrade. The building was renovated in 2003. The architect was Celli Flynn Brennan and the contractor was P J Dick Incorporated. 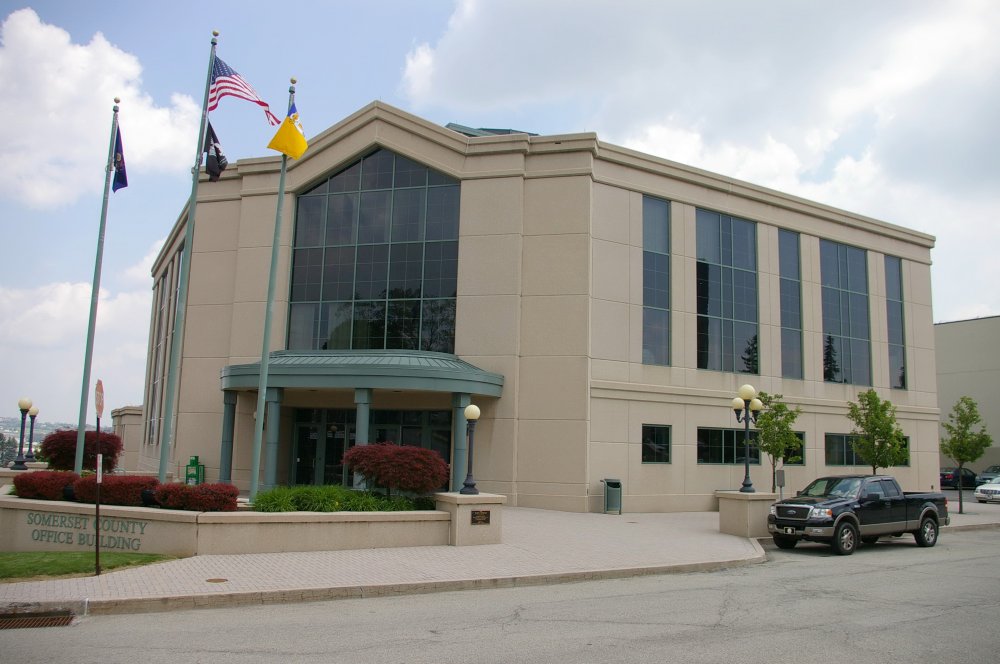 Description:  The building faces south and is a three story Indiana limestone and glass structure. The south front has a one story portico at the entrance. Above the portico is a large window rising to a peak at the roof line. The roof line is flat. 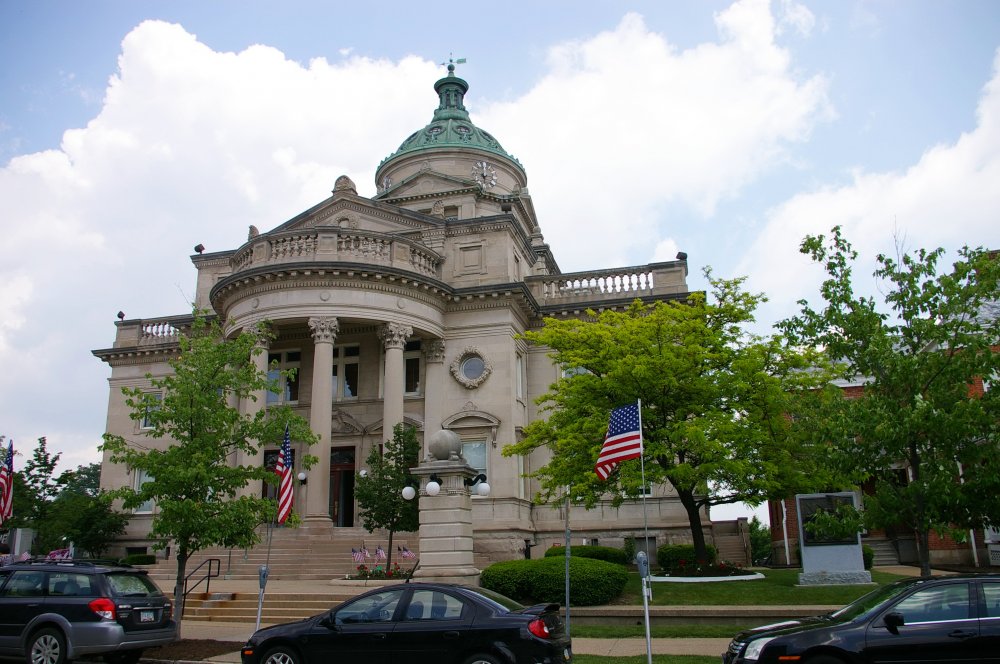 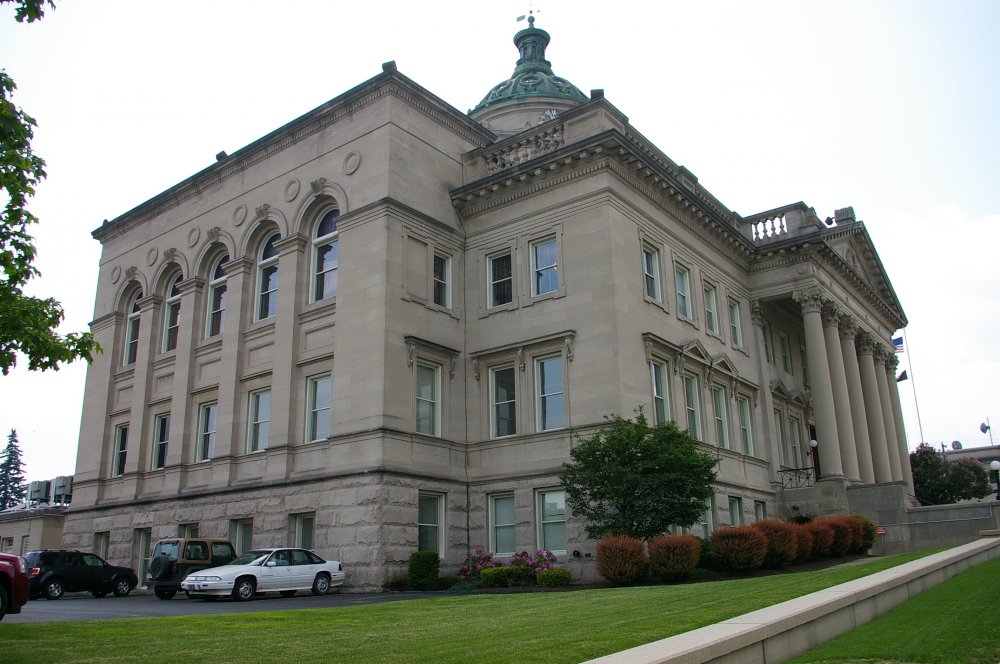 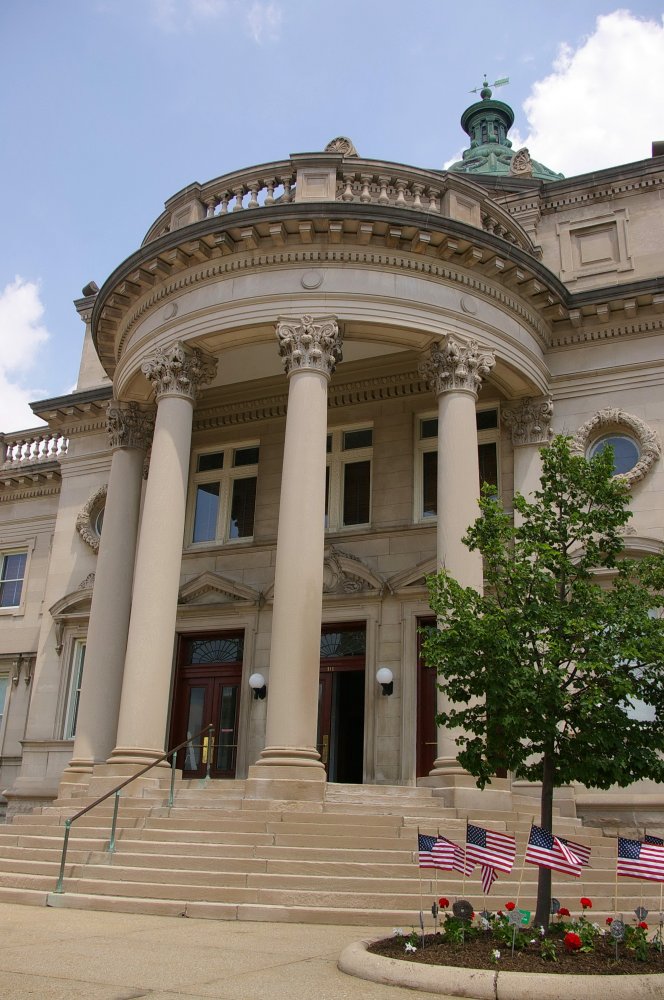 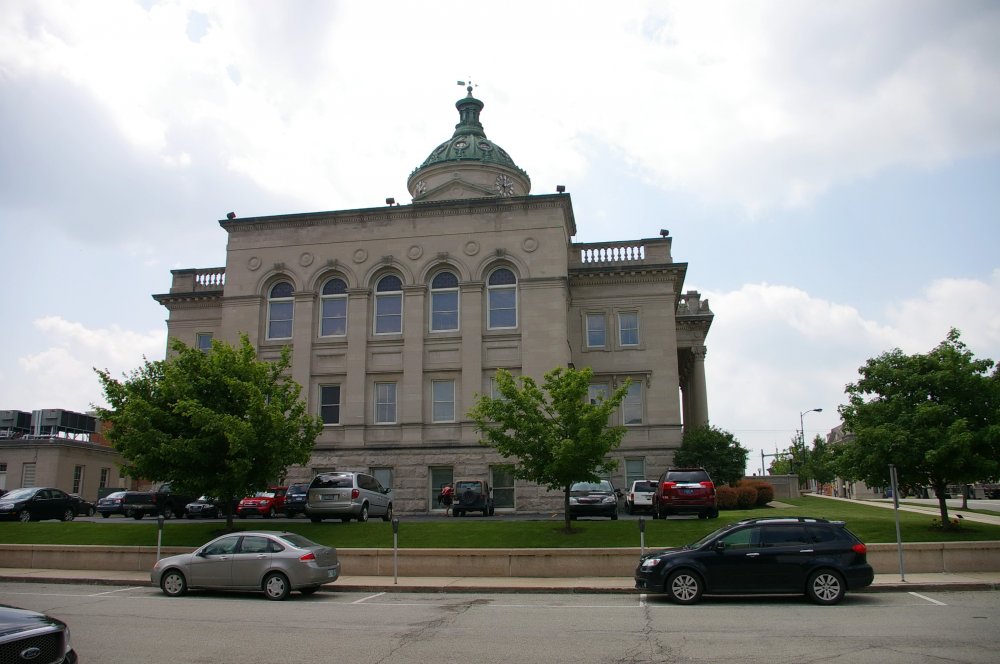