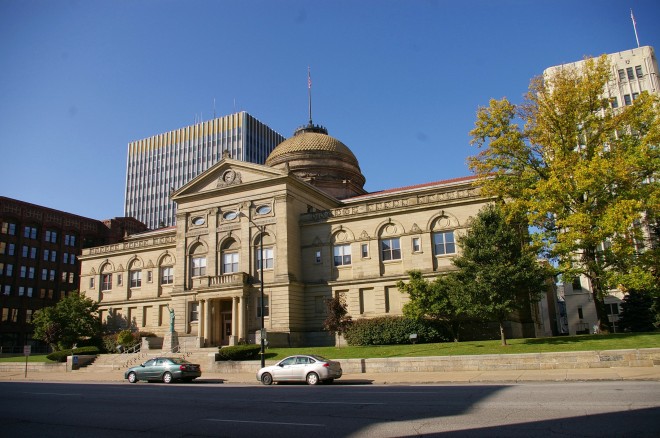 Description:  The building faces east and is a two story gray stone style structure. The building is located on landscaped grounds in the center of South Bend. A large dome defines the cross axis of the gable roofs with pedimented ends. Set on a stone drum embellished with a garland motif, the dome, as well as the gable roof, are tiled. The Bedford stone and granite walls are divided into three sections: the foundation level of massive smooth-cut stone, the first floor of horizontal stone rustication, and the upper level which is smooth-cut stone articulated with pilasters, string courses and recessed blind arches. The east center section extends from the main building and has a small portico on the first story supported by four columns. At the top of the section is a pediment with clock. The windows on the second story are arched. The courtroom is located on the second story. The building was renovated in 1998.

Note:  The supervising architect for Shepley, Rutan and Coolidge was George Selby of South Bend. 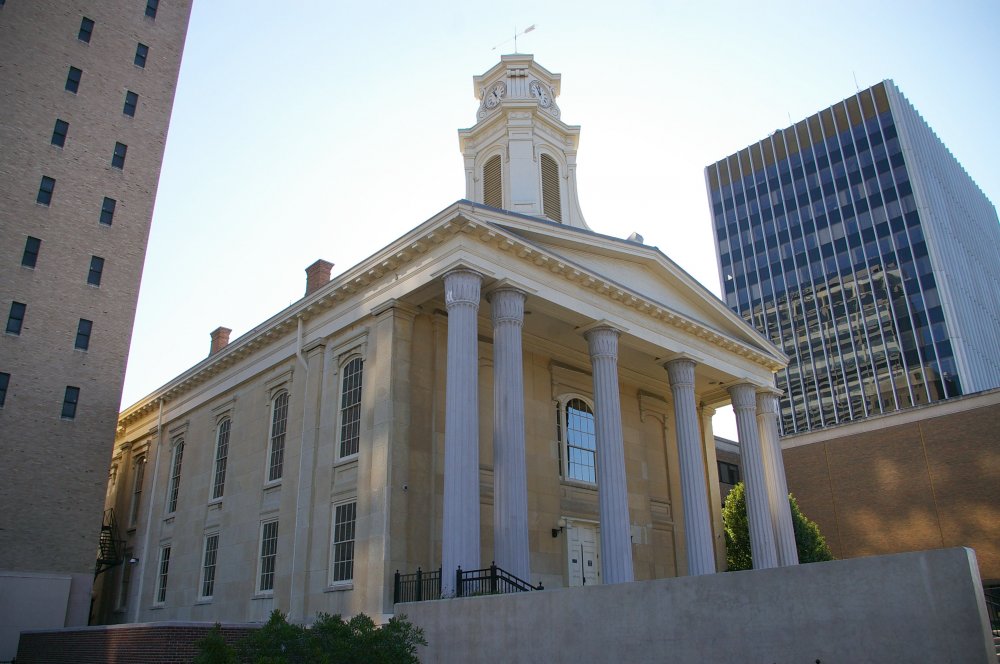 Description:  The building faces west and is a two story buff colored brick and stone rectangular structure. The building is located in the center of South Bend on the west side of the courthouse. The west front has a large portico with six columns rising to a wide pediment at the roof line. On the roof id a square wood cupola. The roof is hipped. 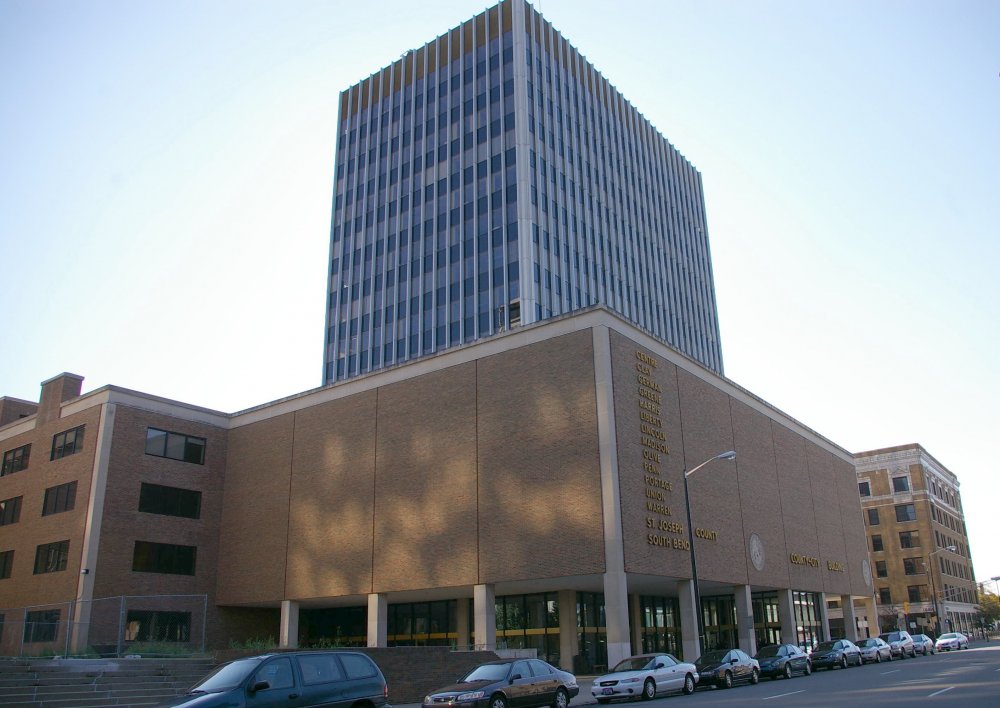 Description:  The building faces south and is a fifteen story red colored brick, concrete and glass structure. The building is located in the center of South Bend on the southwest side of the courthouse. The central tower is rectangular with a flat roof line. On the east and west are three story wings with recessed first story and vertical pillars. The building houses the County and City offices.

Note:  The principal architect was Oliver H Ogden of South Bend and the cost of construction was $3,665,882. 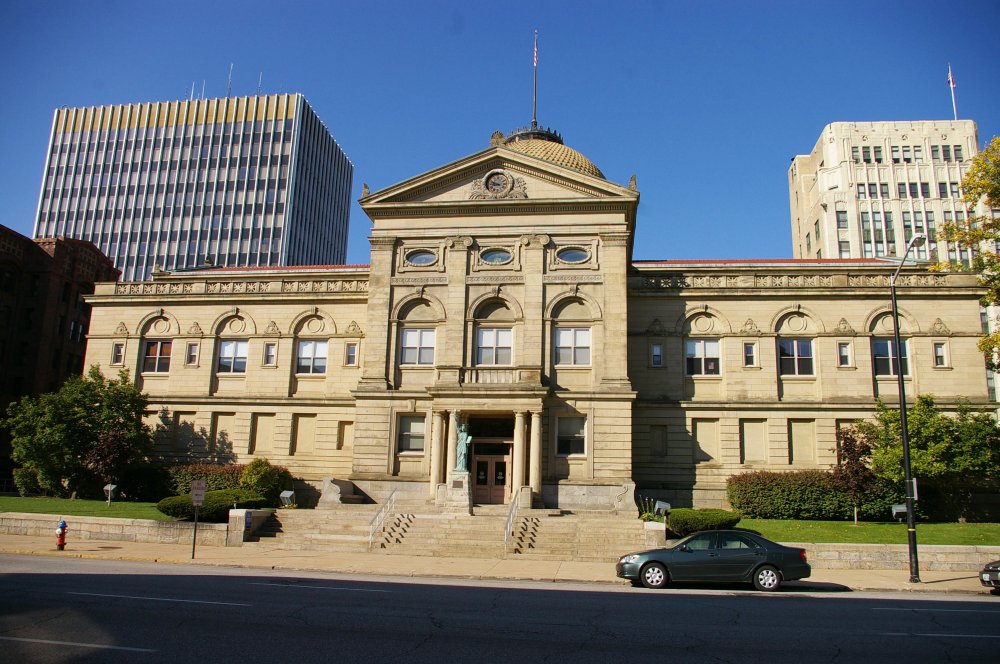 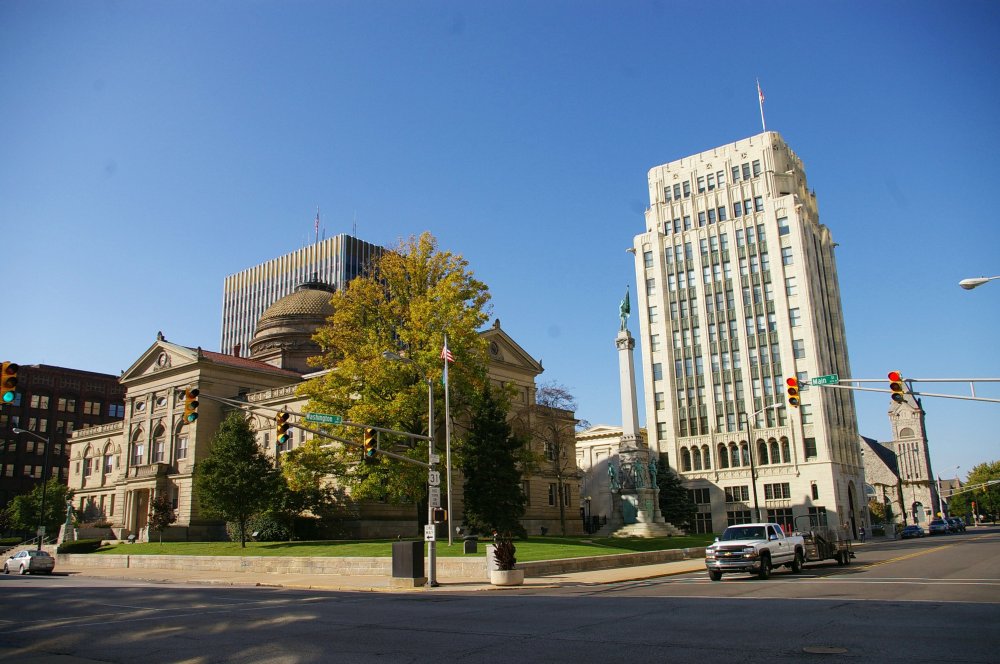