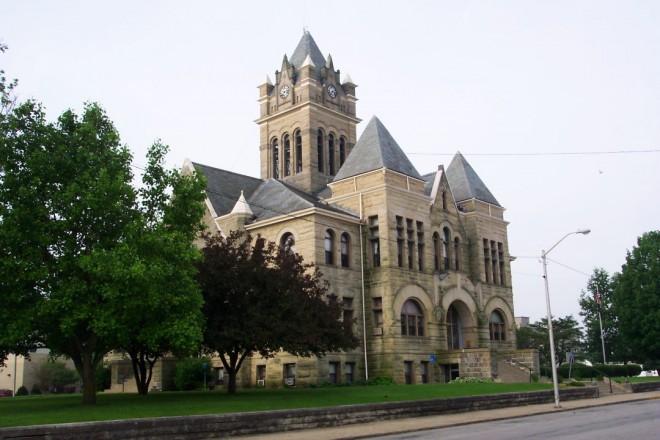 Pulaski County is named for Casimir Pulaski, who was a Revolutionary War soldier killed at the Battle of Savannah, and who lived from 1746 to 1779.

Description:  The building faces north and is a two story buff colored brick and stone structure. The building is located on landscaped grounds in the center of Winamac. The north front is recessed with an arch at the entrance and three arched windows on the second story with a peak above. On the east and west are square brick towers with an arch on the first story and three high narrow vertical windows on the second story and above are peaked roofs. In the building center rises a large square brick tower with narrow vertical windows and with clocks and parapets at the roof line with a steep roof at the top.

Description:  The building faces north and is a two story concrete structure. The building is located on landscaped grounds in the center of the city on the south side of the courthouse. 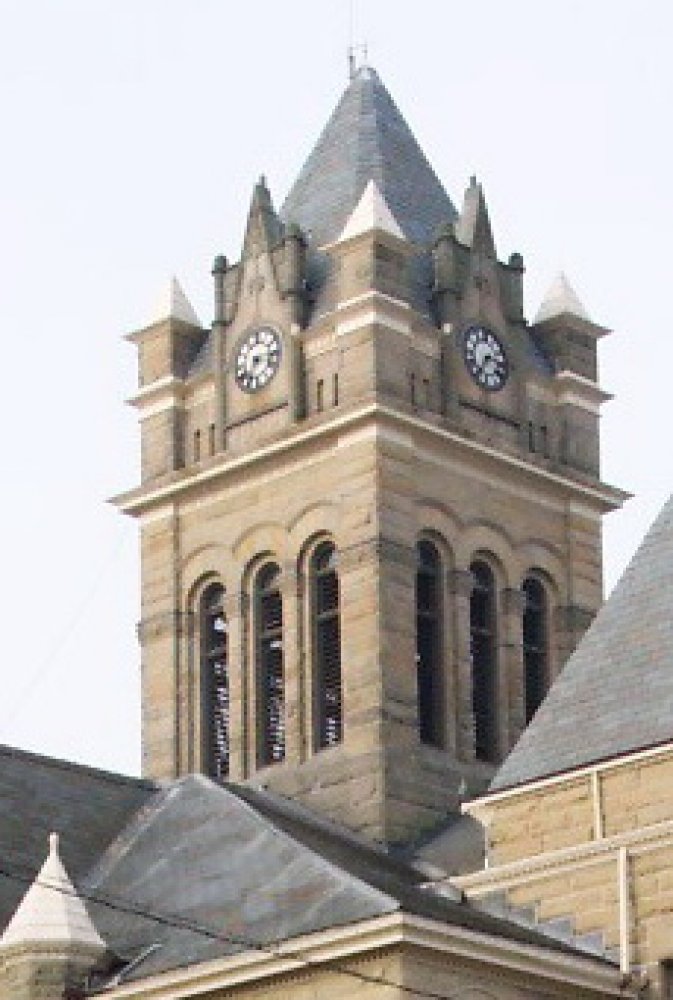 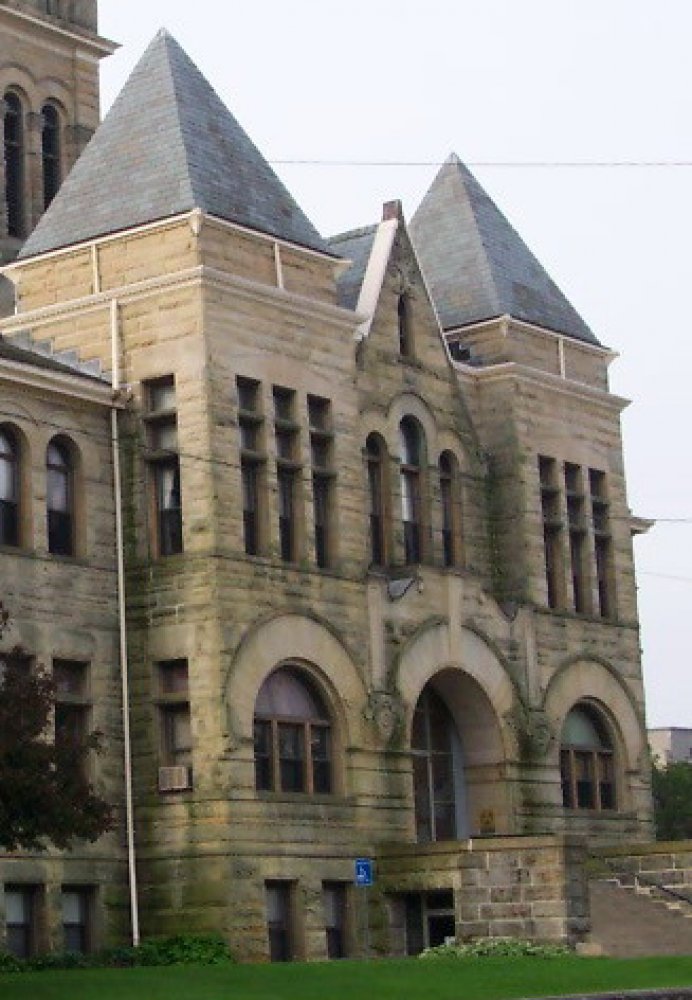