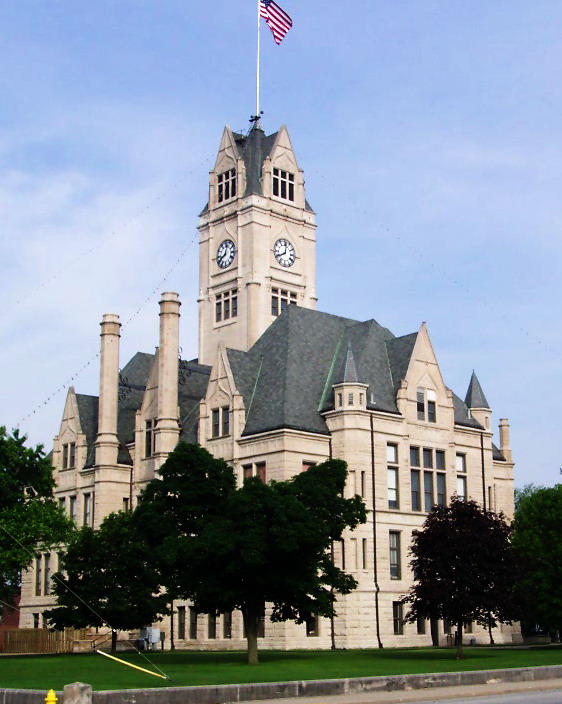 Description:  The building faces north and is a four story gray colored Bedford limestone structure. The building is located on landscaped grounds in the center of Rensselaer. The north front has two high stone pillars with three peaked dormers along the roof line. On each corner of the building is a small octagonal tower. In the building center rises a large square stone tower with a clock on each side and a four peaked roof at the top. In the interior, the third floor has the two courtrooms with the Judicial Court on the westand the Jasper Superior Court on the east. A brass chandelier with lead blown glass shades is in the foyer between the two courtrooms. The courtrooms are almost identical with the original oak judicial benches with their hand carved seals of the State of Indiana on the back panel of each bench. The walls are decorated with a plaster leaf swag. There are plaster columns on either side connected by plaster arches. There is decorative plaster work around the windows. The stained glass panels which surround the courtroom entrances are set in carved wooden frames. The doors, themselves, have fireproof glass. The building houses the County Circuit Court and the County Superior Court of the 2nd Judicial District. 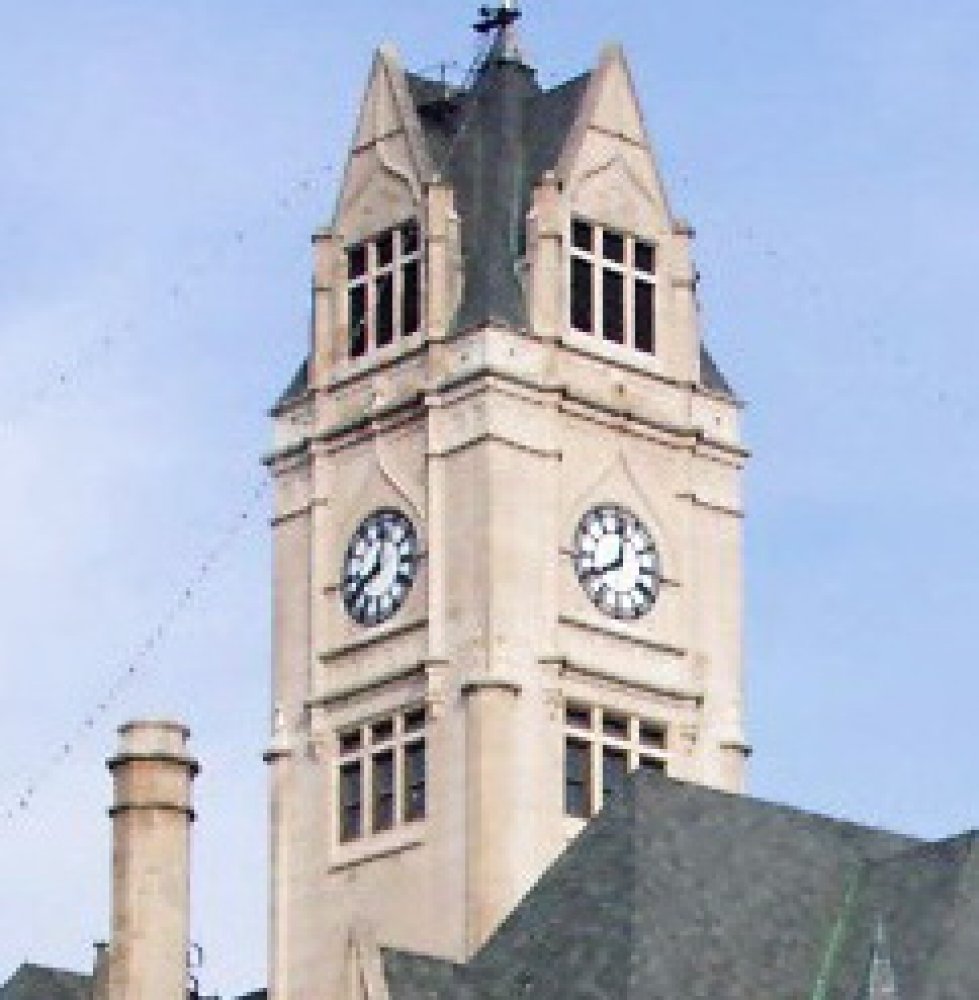 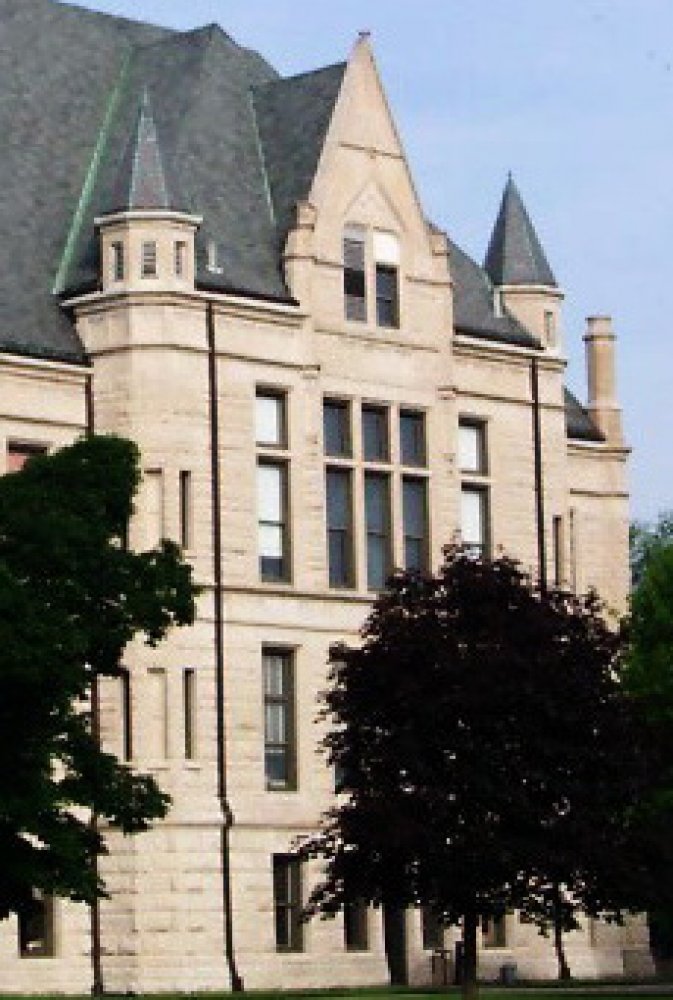