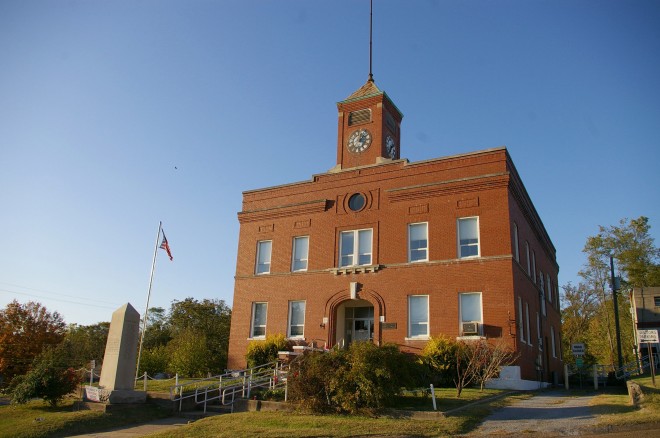 Hardin County is named for John Hardin, who was an officer in the Continental Army during the American Revolutionary War. 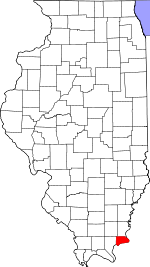 Description: The building faces south and is a two story red colored brick and concrete structure. The rectangular shaped building sits at the top of a sloping hill on landscaped grounds in the center of Elizabethtown. The south entrance has an arch with recessed doorway. A small cornice runs below the roof liner. Above the entrance on the roof is a square brick tower with clock. The building houses the County Circuit Court of the 2nd Judicial Circuit. 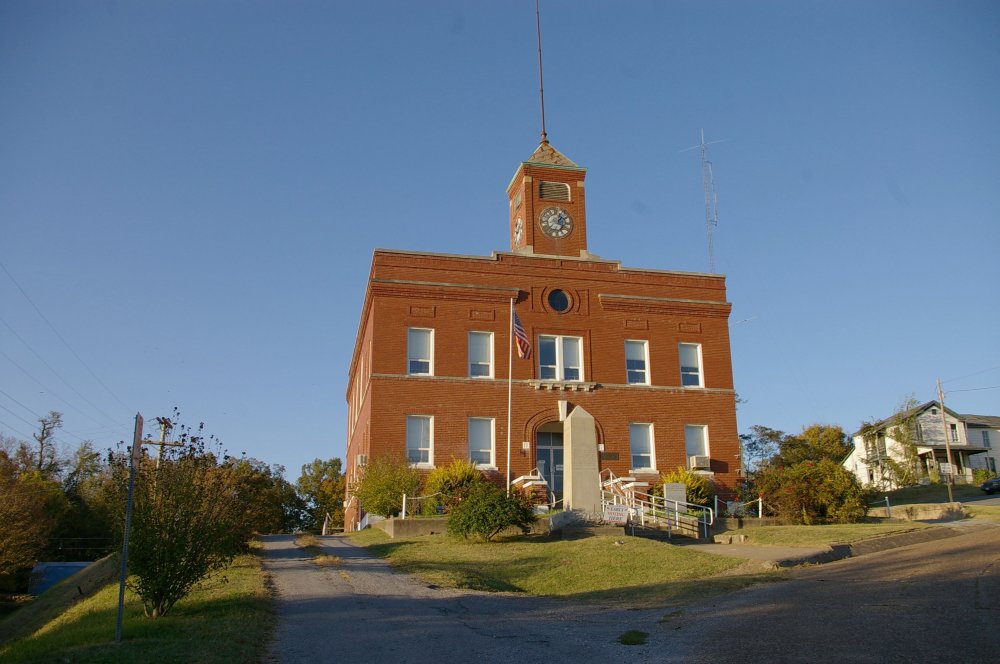 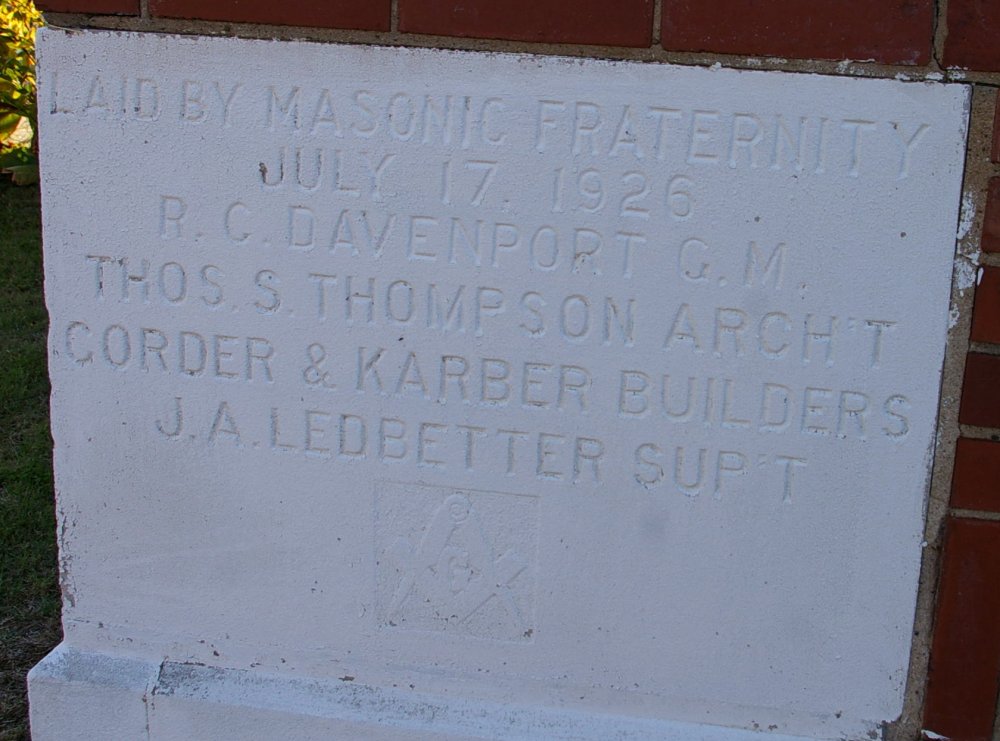