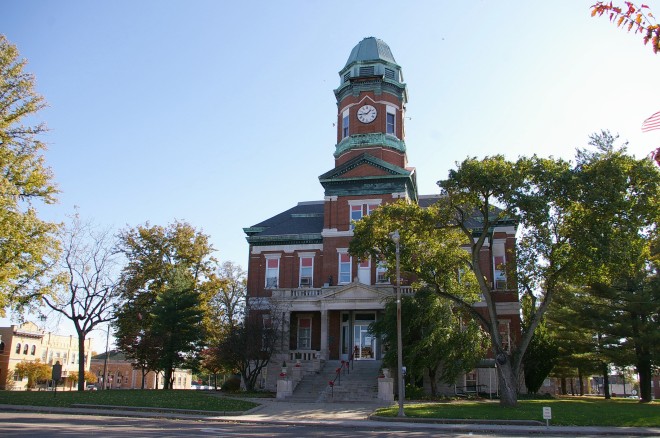 Lawrence County is named for James Lawrence, who was the Commander of the “Chesapeake” during the War of 1812. 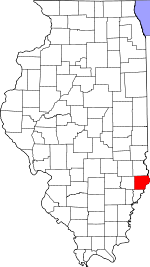 Description: The building faces north and is a three story dark red colored brick structure. The building is located on landscaped grounds in the center of Lawrenceville. There is a small portico on the north front with balcony on the second story. The center section rises to the third story with pediment above. Behind is a high octagonal six story clock tower with green colored dome at the top. The walls of the raised basement are constructed of Indiana limestone from the Salem Stone Company, Salem, Indiana, while the walls of the second and third stories are pressed brick manufactured in Chester, Illinois. The entablature at the top of the second story consists of a wide, smooth limestone architrave with a copper cornice consisting of block modillions topped by crown molding. In the interior, the staircase from the first story opens onto a hallway on the second story. Above this hallway, hidden by the suspended ceiling, the stained glass skylight is located. The skylight measures approximately nine feet by twelve feet and is constructed of leaded, opalescent glass in varying shades of gold, tans, browns and green, all set in a cast iron hip shaped frame. While there are suspended ceilings throughout the second story, the original ceilings remain above. On the north side of the hallway, double doors open into Courtroom A, and just to the east of these doors is a hallway extending north is a smaller Courtroom B. The building houses the County Circuit Court of the 2nd Judicial Circuit.

History:  The county was created in 1821 and Lawrenceville was selected as the county seat. The first court met April 14, 1821 at the home of Toussaint Dubois, Jr. Lawrenceville became the county seat and the first courthouse was erected by Joshua Bond in 1824 to 1826 at a cost of $2,500. The second courthouse was built in 1840 to 1842. The third and present courthouse was started in 1886 designed by J W Gaddis and constructed by Bippus and Kunzier but due to delays a new set of plans were adopted and construction continued from 1888 to 1889 with William M McCoy as the contractor, but he was released and Benjamin F Trester hired at a cost of $29,000. 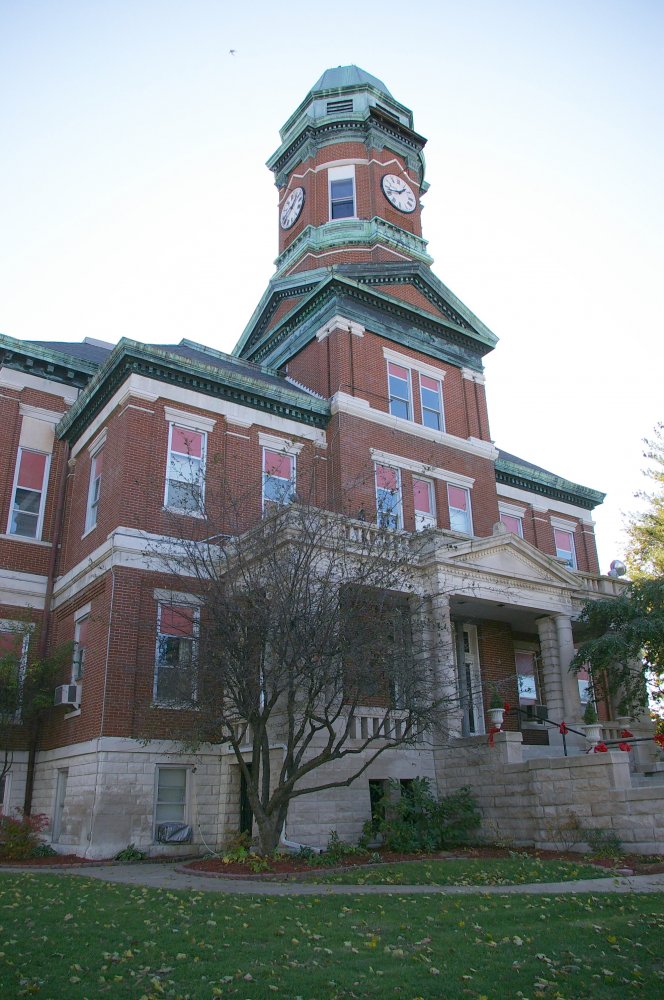 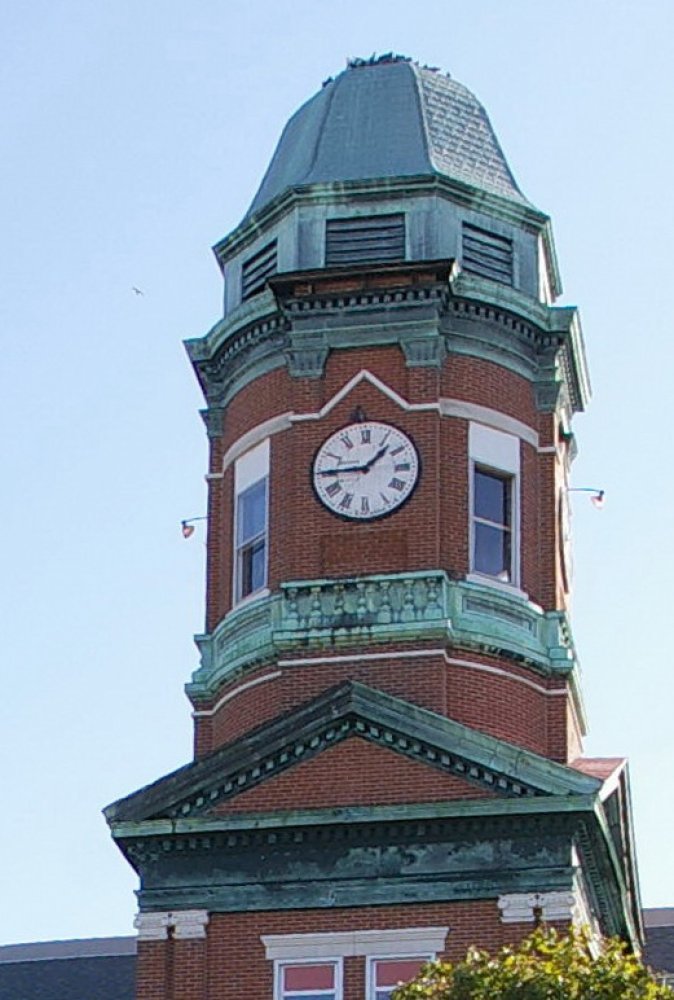 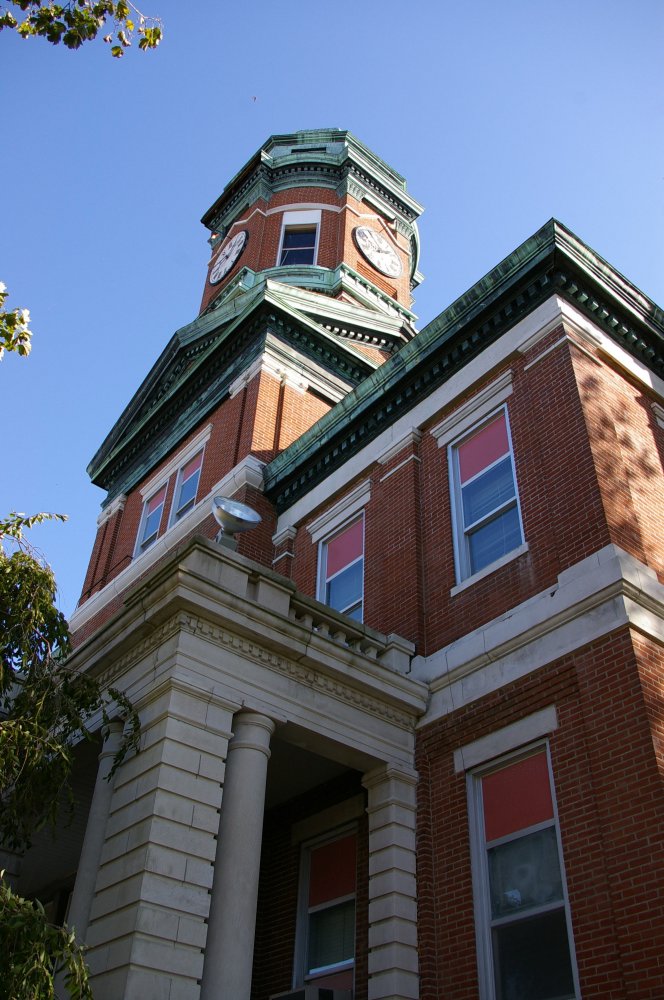 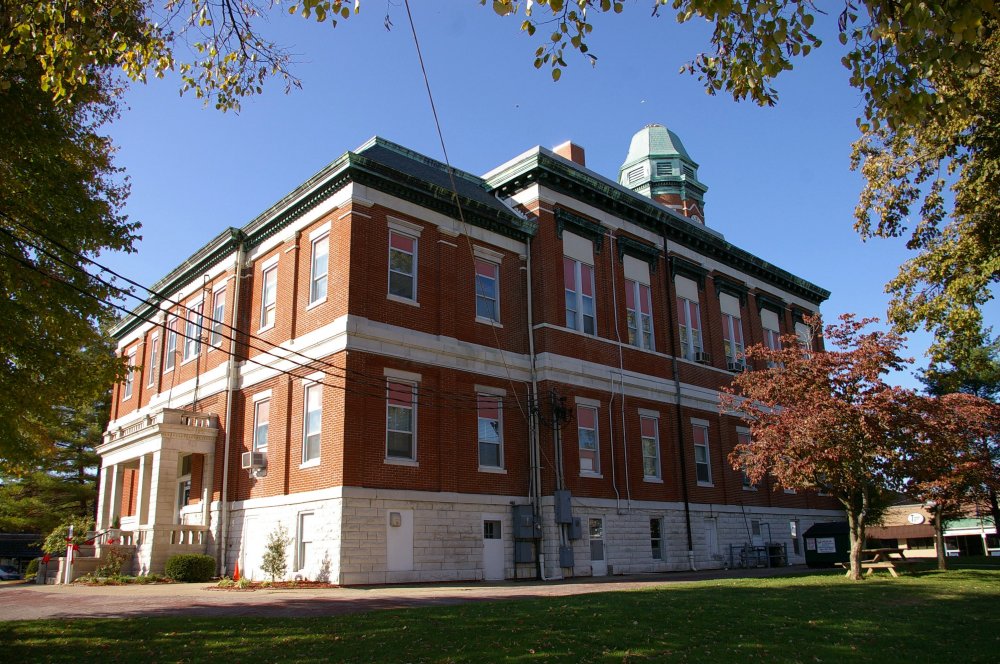