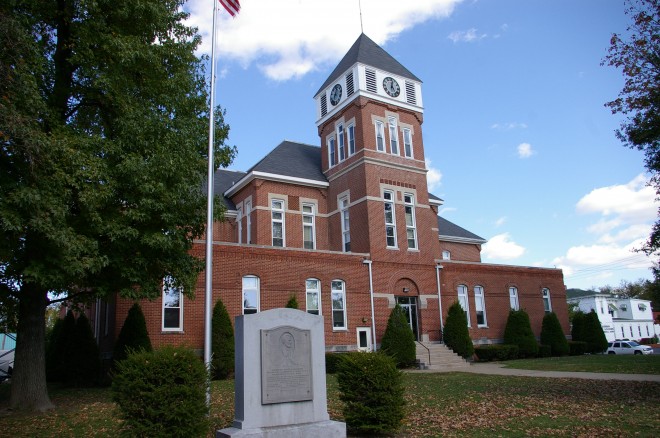 Contractor:  Bippus & Kansler of Evansville, Indiana and Felix and McMackin of Fairfield

Description: The building faces south and is a two story red colored Boston brick structure. The building is located on spacious landscaped grounds in the center of Fairfield. At the south front is a four story clock tower rising from the entrance. One story wings go east and west across the front. The main building is recessed with steep hipped roof. Built of “Boston” brick, the courthouse features primarily tall rectangular windows on all of the stories. The south front addition was added in 1955 and an addition was added on the north side in 1957. An addition was constructed in 1997.

See:  The architect, John W Gaddis of Vincennes, Indiana also designed courthouses in Illinois in Crawford County and Wayne County, in Indiana in Clay County, Huntington County and Putnam County and in Missouri in Perry County.

History:  The county was created in 1818 and Fairfield was designated as the county seat. The first courthouse was a log structure erected on the public square. The second courthouse was a two story brick structure built in 1836. Part of the courthouse burned on November 17, 1886, destroying many of the records in the Recorder’s Office. The third and present courthouse was constructed in 1891 to 1892 at a cost of $24,700. 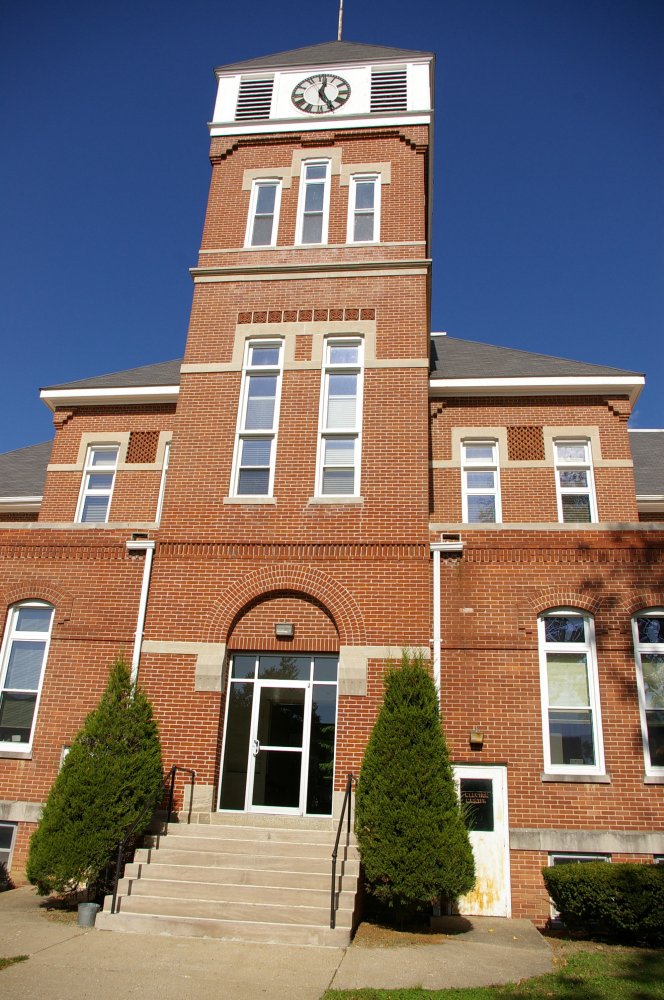 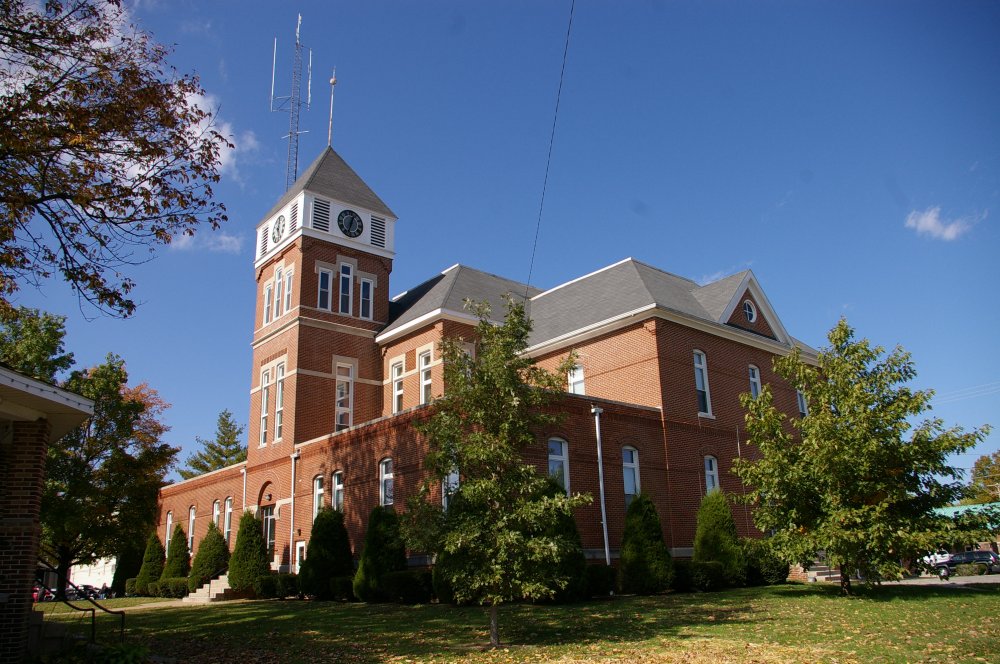 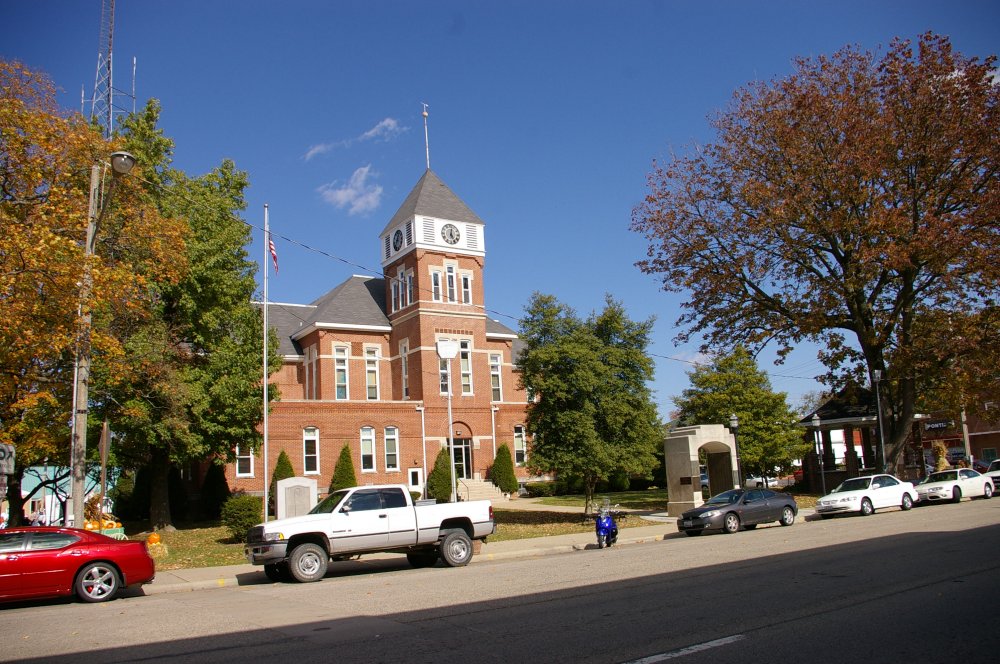 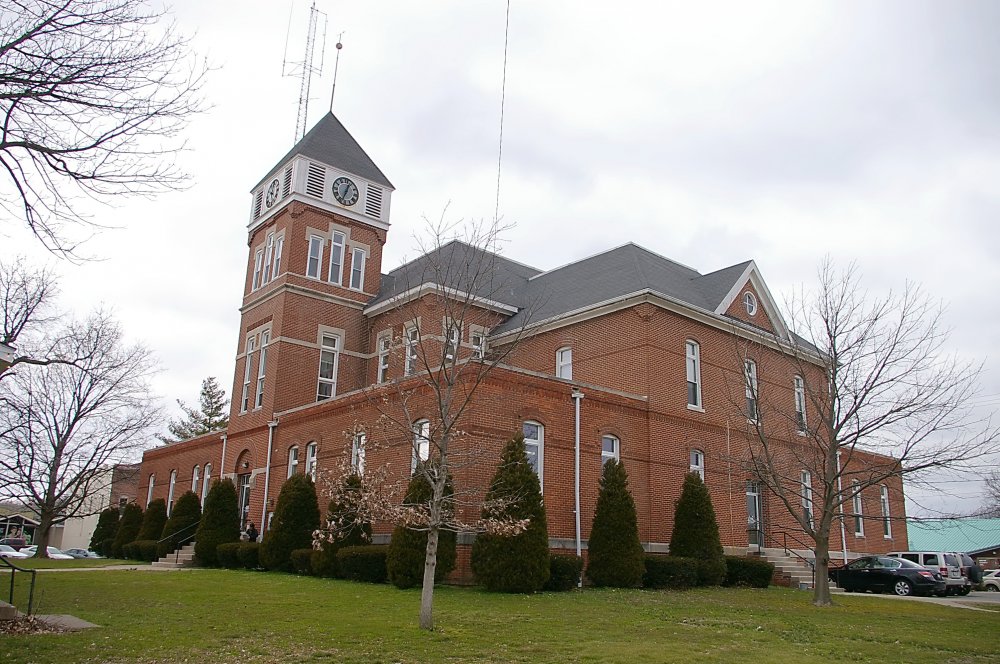 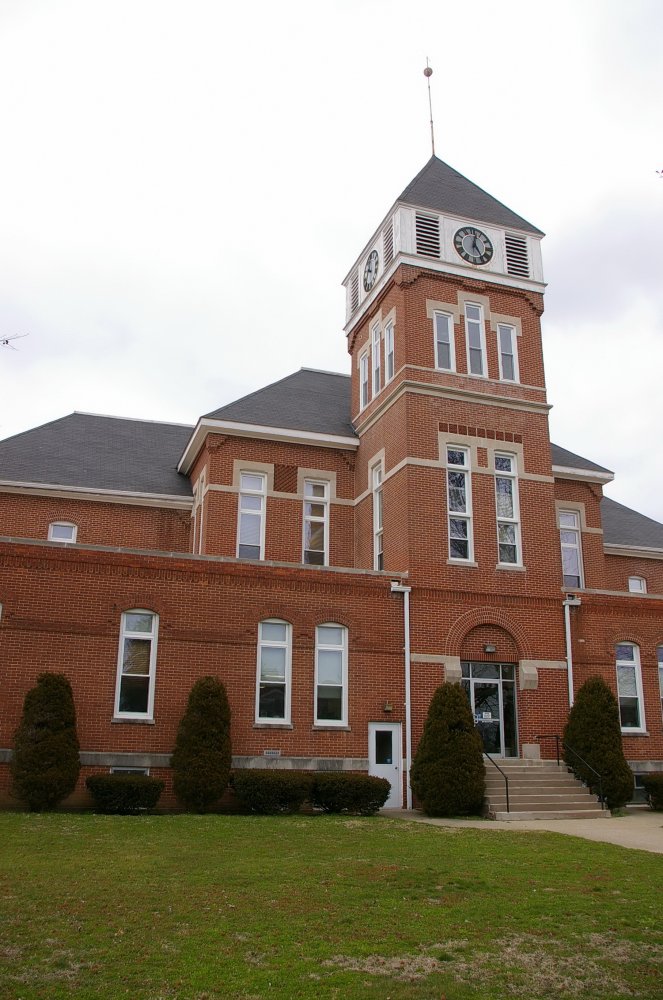