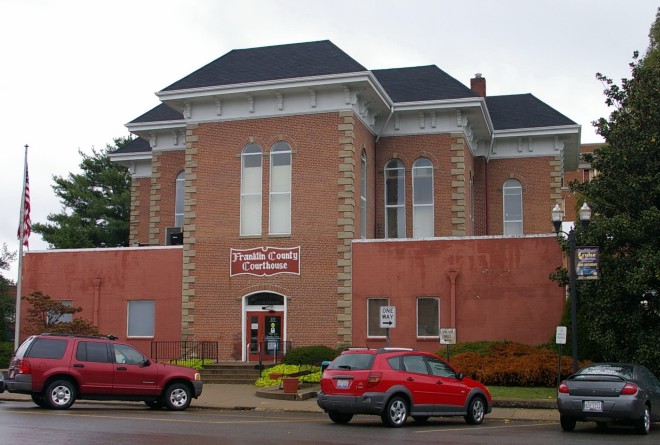 Franklin County is named for Benjamin Franklin, who was a famed statesman and the United States ambassador to France during the American Revolution.

Description: The building faces south and is a three story red colored brick and concrete structure. The building sits in the center of the Public Square in the center of Benton. The south front has a slightly projecting center section with glass wall rising to the top of the third story.  The windows are narrow, The roof is hipped. In the interior, there are two courtrooms on the second story and two courtrooms on the third story. The building houses the County Circuit Court of the 2nd Judicial Circuit.

Note:  The old courthouse will be demolished in July 2020 and the county offices will be moved to the Campbell Building on the Public Square. 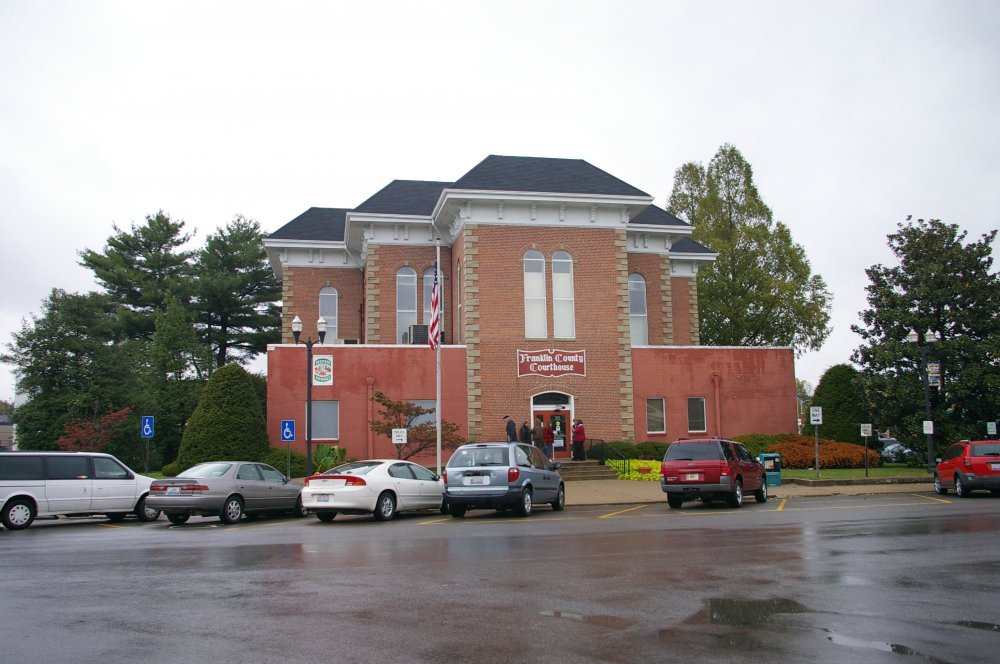 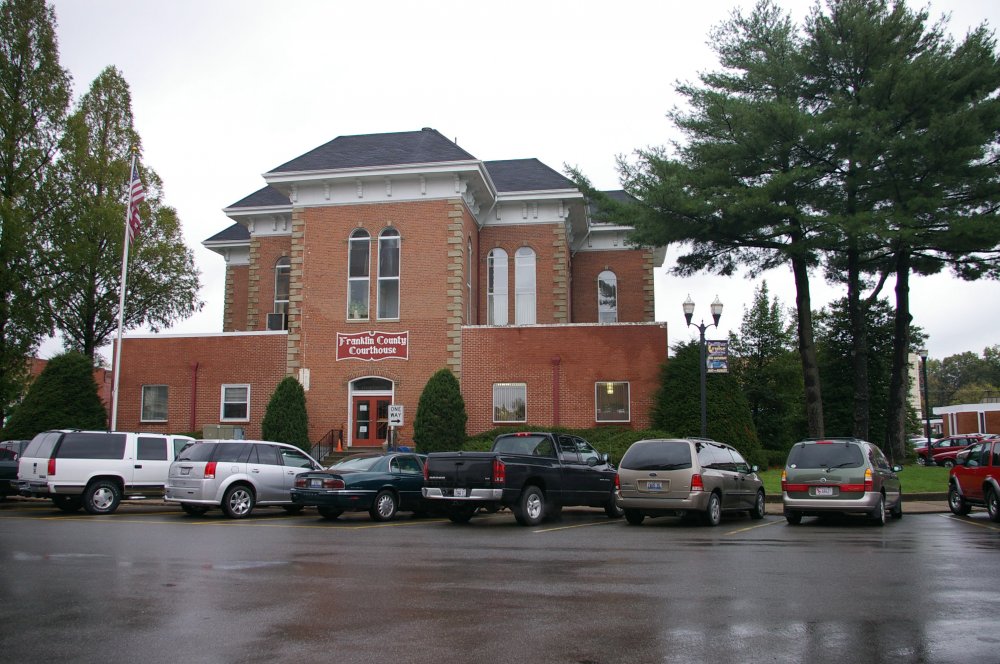 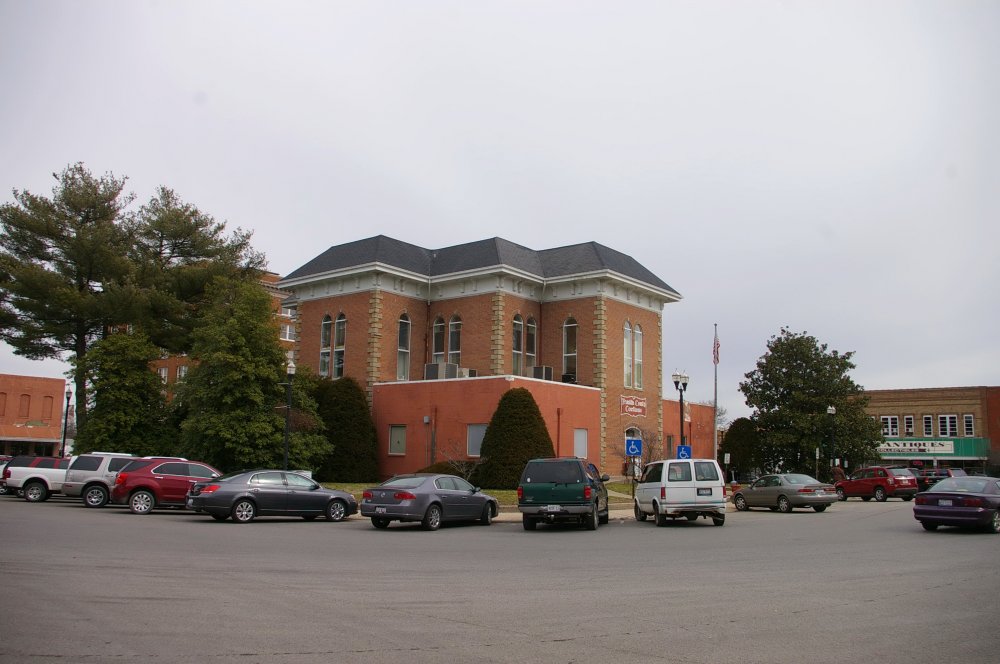