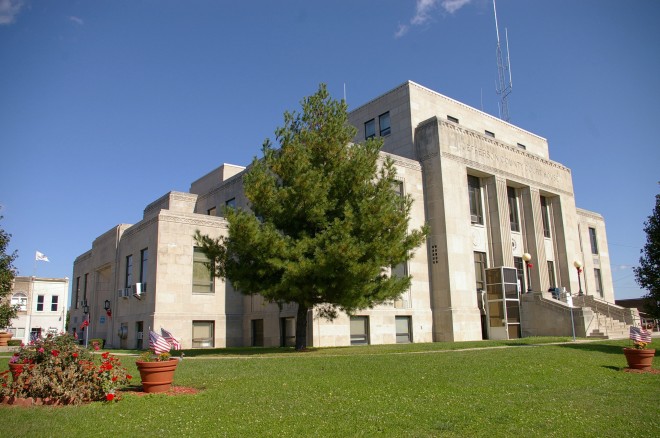 Jefferson County is named for Thomas Jefferson, who was President of the United States from 1801 to 1809, an American revolutionary leader and author of the Declaration of Independence. 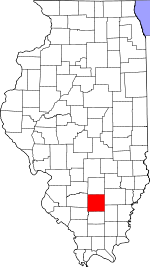 Description: The building faces south and is a three story gray colored stone structure. The building is located on landscaped grounds in the center of Mount Vernon. The south front has three vertical sections dived by stone pillars and with doorway in the centre and a large window on the east and west section on the first story, and large windows in each panel on the second story. Above the doorway is a clock. The third story is recessed. The building has square lines with sections protruding from the main building. The roof line is flat. In the interior, the walls of the main hallway contain beautiful hand-painted depictions of the Jefferson County Courthouses through the years. The artwork was created by Mt. Vernon’s long-time resident and artist, the late Bob Troutt. The building houses the County Circuit Court of the 2nd Judicial Circuit. The building was constructed under the Works Progress Administration. The architect was William R McCoy of McCoy and Wilson and the contractor was J M Stover and other local trades. 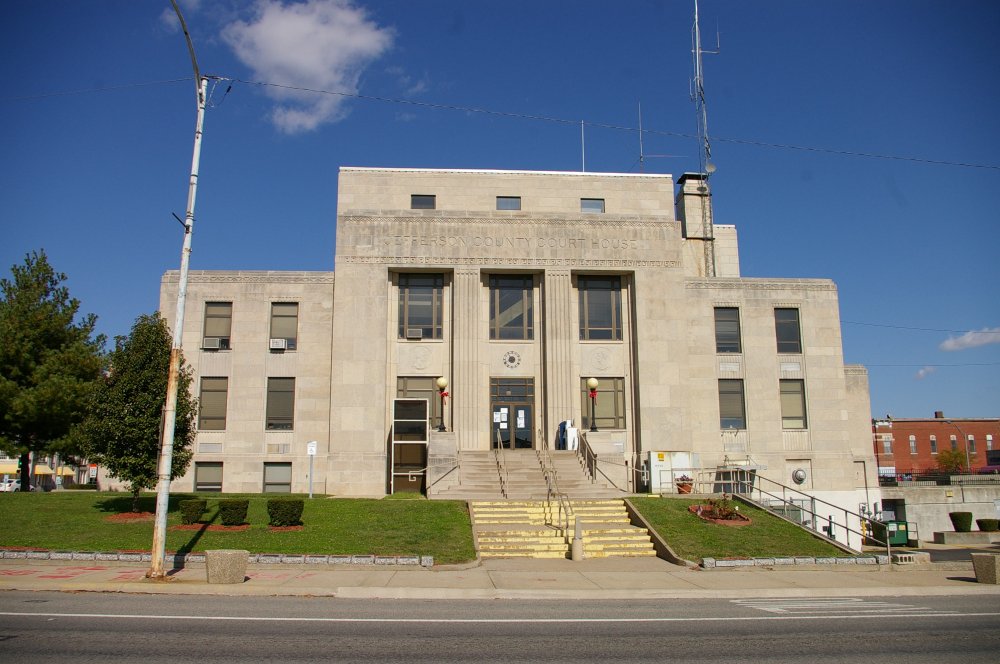 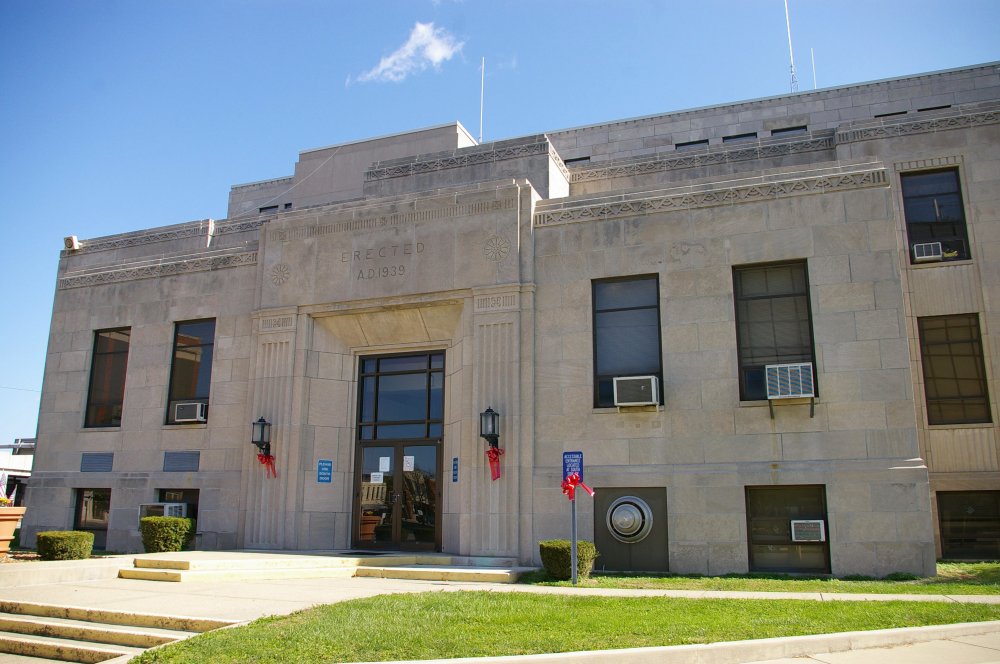 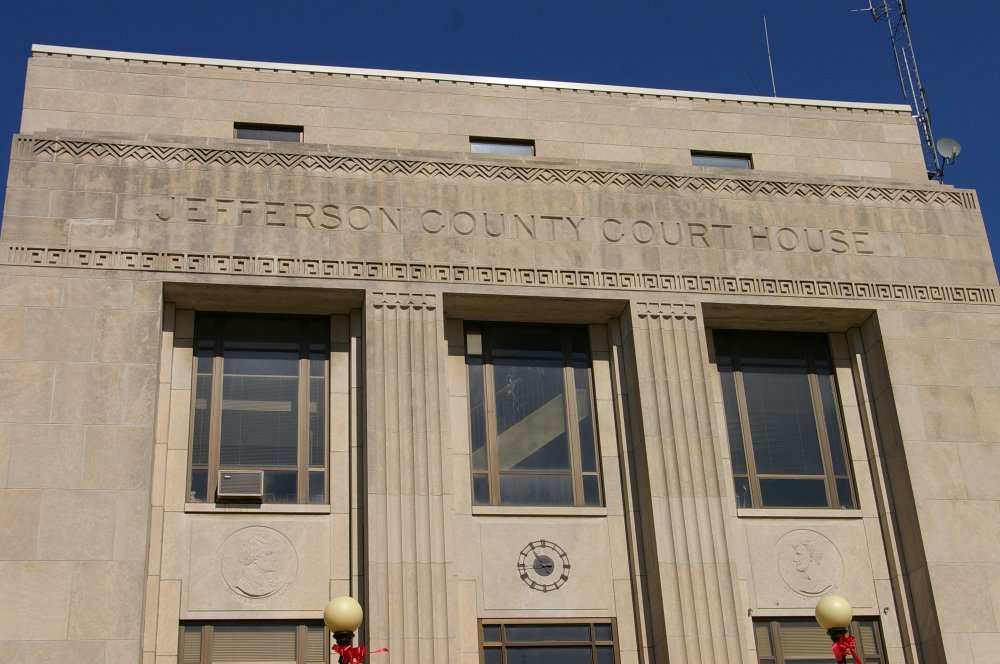 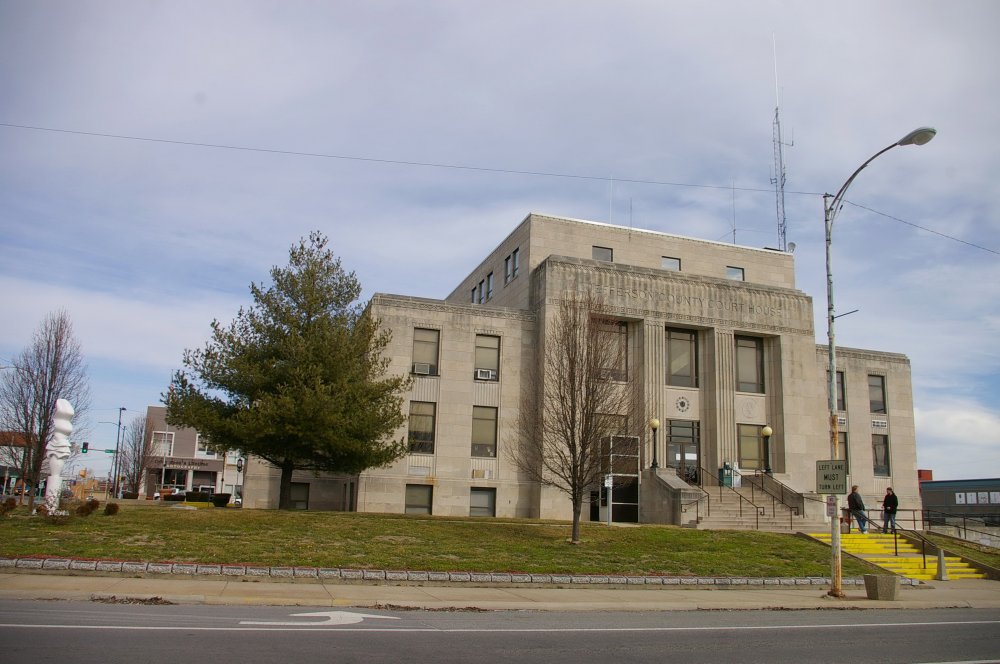 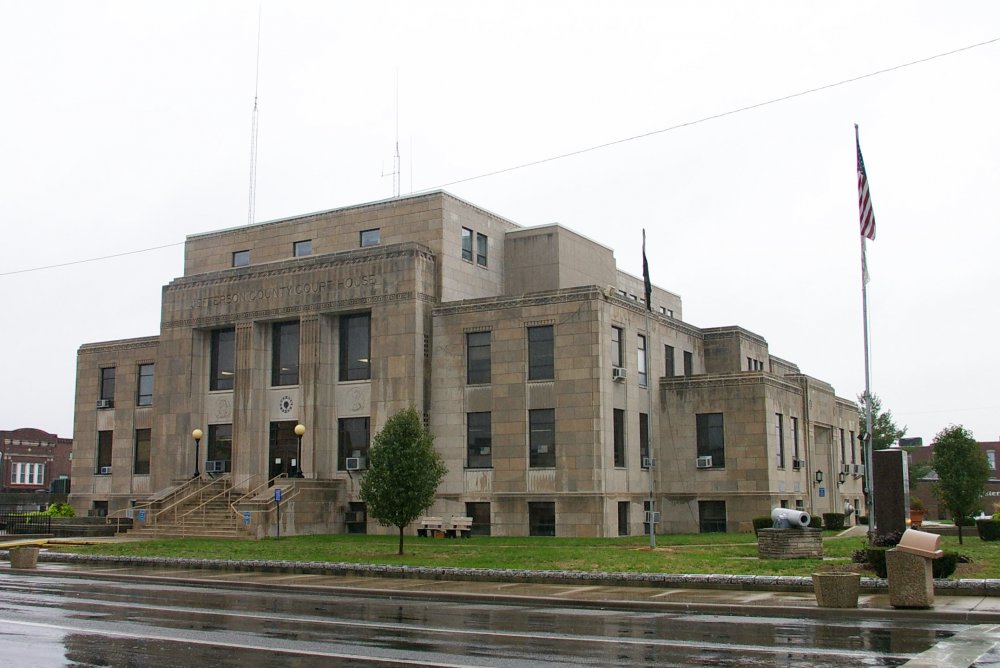 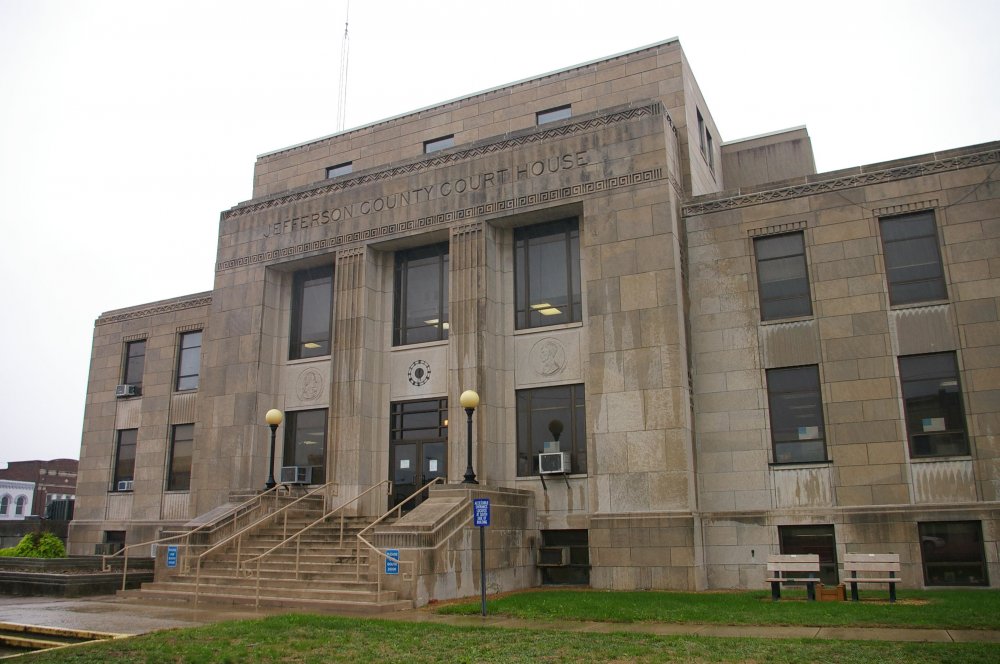 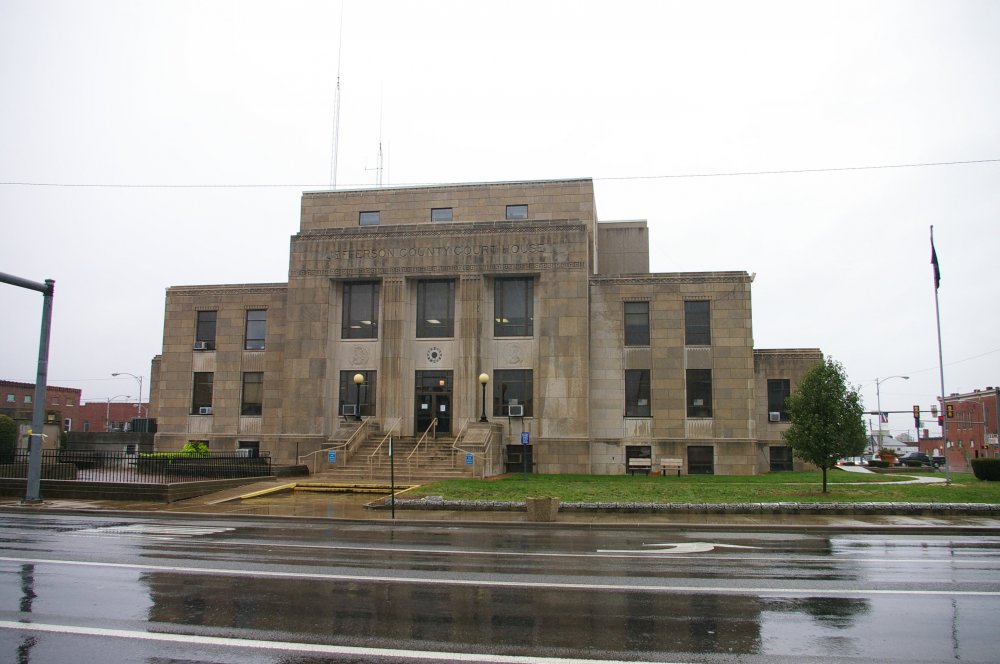 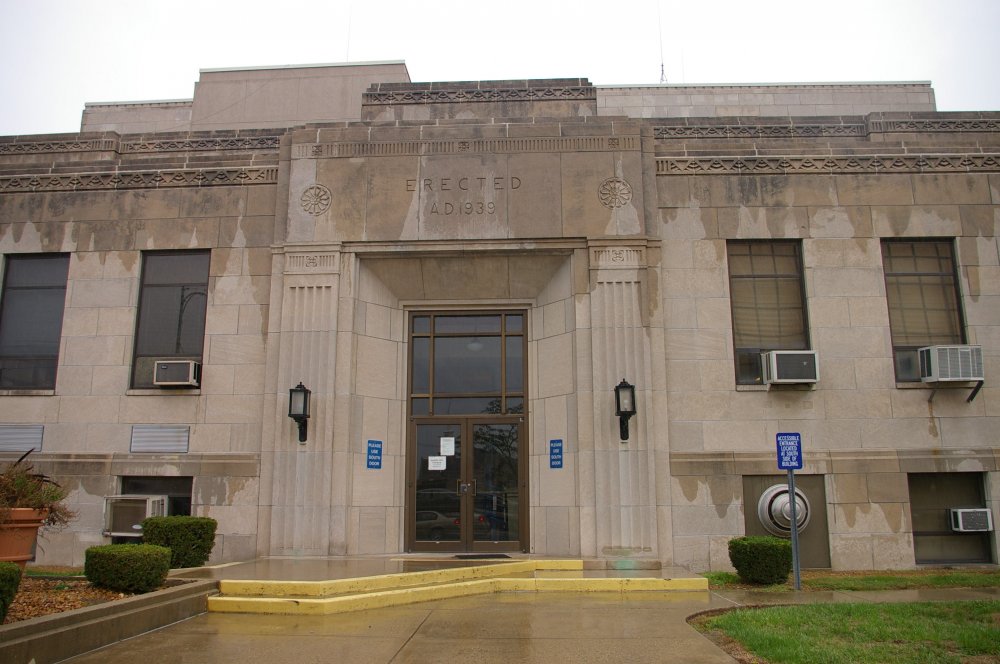 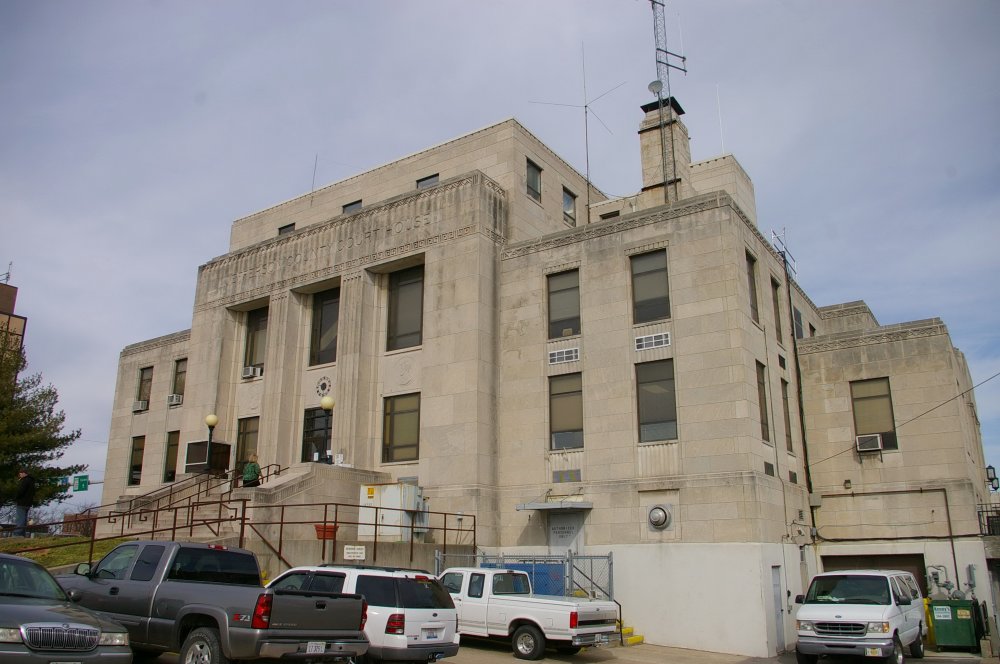 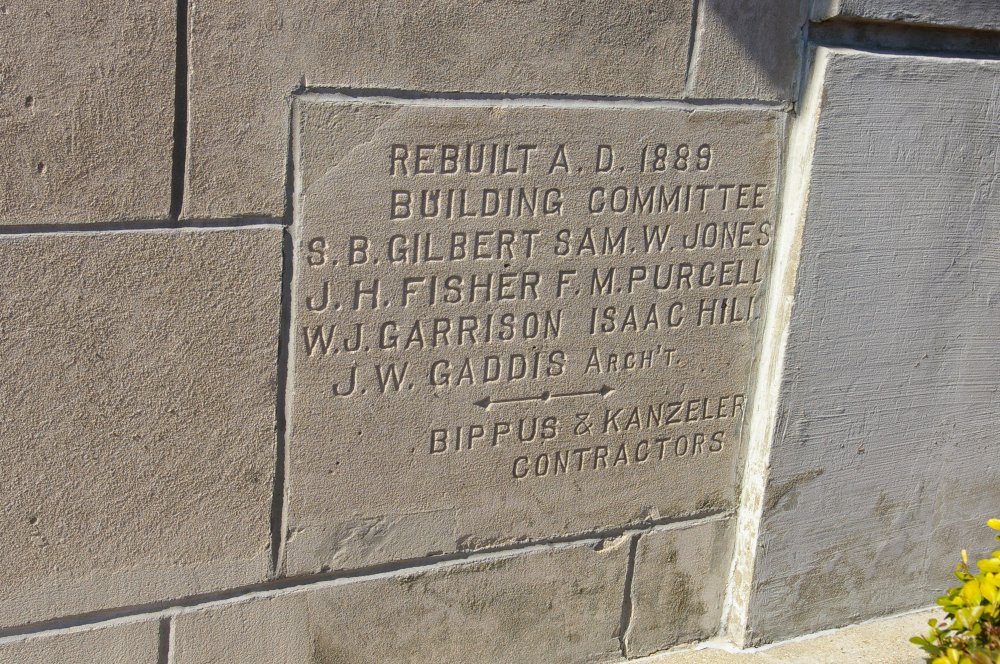