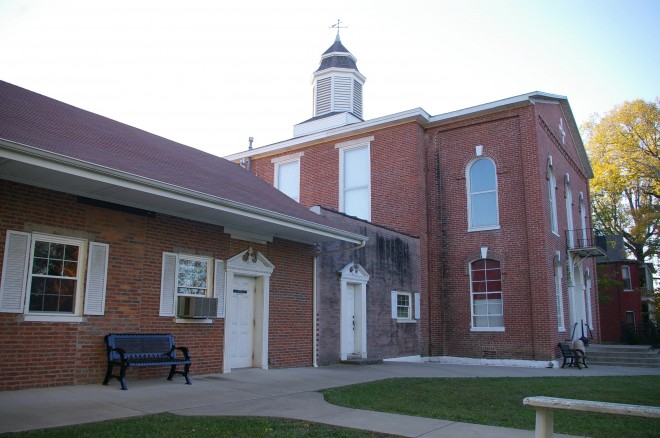 Livingston County is named for Robert Livingston, who was one of the Committee of Five that drafted the Declaration of Independence, and who lived from 1746 to 1813.

Description:  The building faces north and is a two story red colored brick structure. The building is located on landscaped groumds in the center of Smithland. The north front has a white colored stone arch at the doorway with black colored iron balcony above. The windows are arched. At the top of the building is a cross of white colored stone. On the center of the roof is a square white wood cupola. Additions were added.in the 1870′s. The architect was J F Frick. Further additions were added in the 1960′s. 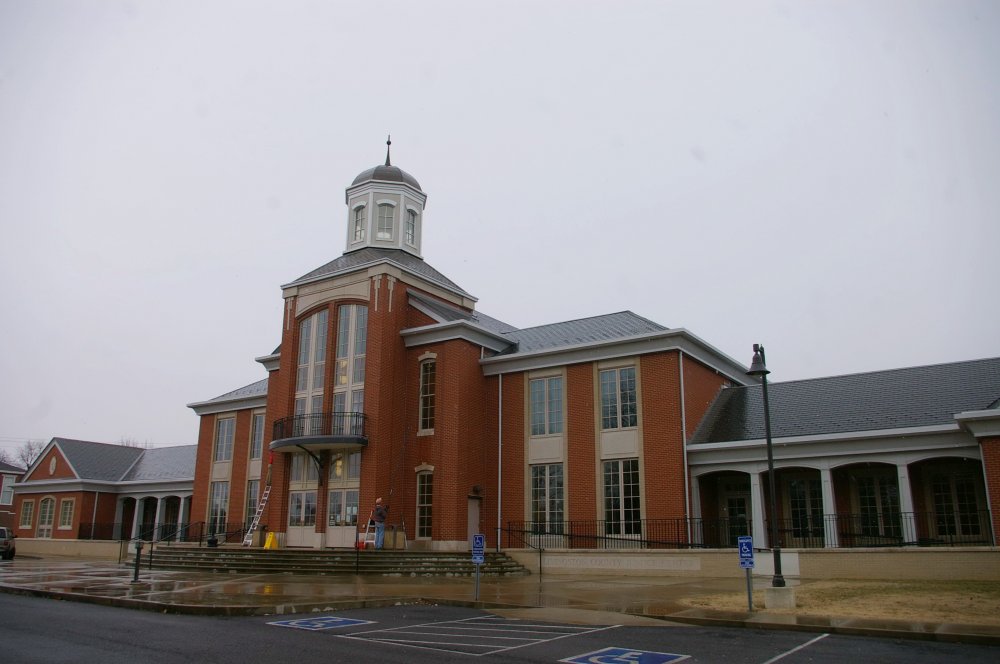 Description:  The building faces northwest and is a two story red colored brick and concrete structure. The building is located on spacious landscaped grounds with the old courthouse and administration building on the north side. The front has a projecting center section with two entrances on the first story, iron balcony on the second story and glass panels rising to the roof line. At the top is an octagonal cupola with dome. The building is tired with the main section forming north and south two story wings. The roof is hipped.

History:  The first county seat in 1800 was Eddyville ( Lyon County ). In 1804, the county seat moved to Centerville and then to Salem in 1809. The first courthouse was a log cabin built by William Rodgers in 1810. The building was torn down during the Civil War. The county seat was moved to Smithland in 1842. The second and present courthouse was built in 1842 to 1845. The County Justice Center was constructed in 2007 to 2009. 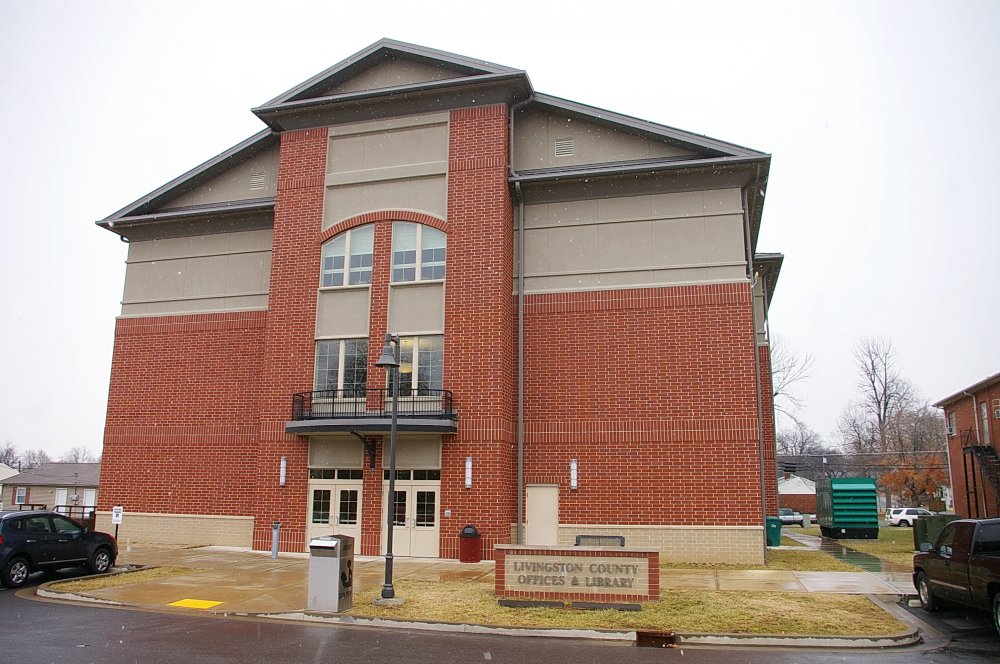 Description:  The building faces north and is a three story red colored brick and concrete structure. The north front has a projecting center section with two entrances on the first story, iron balcony on the second story and arched windows on the third story. At the top is a small pediment. The roof is hipped. The building is named as the Livingston County Public Office and Library. 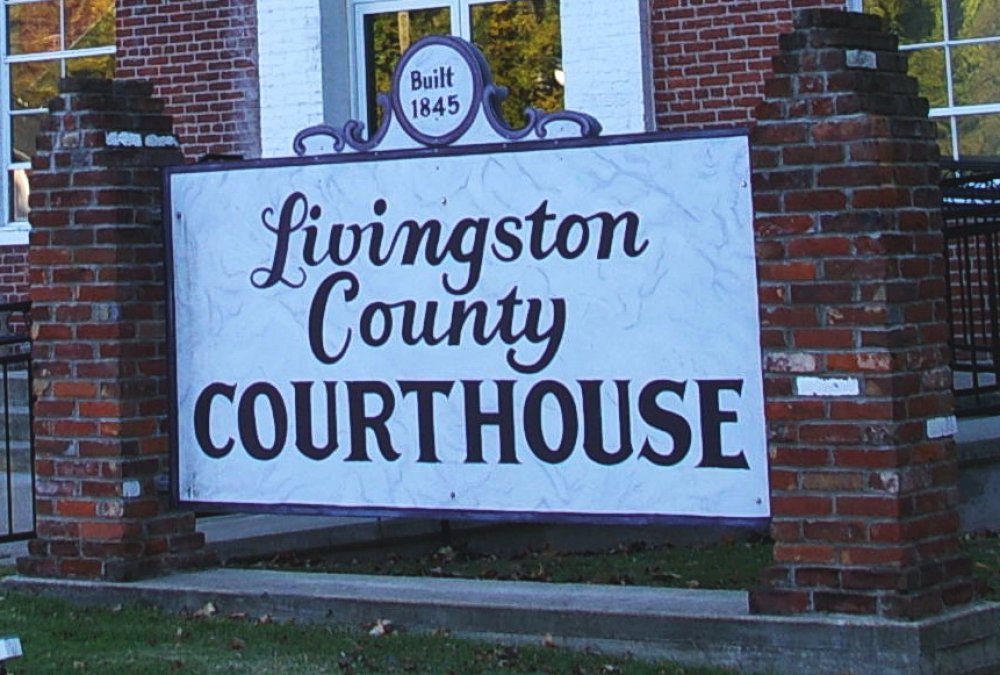 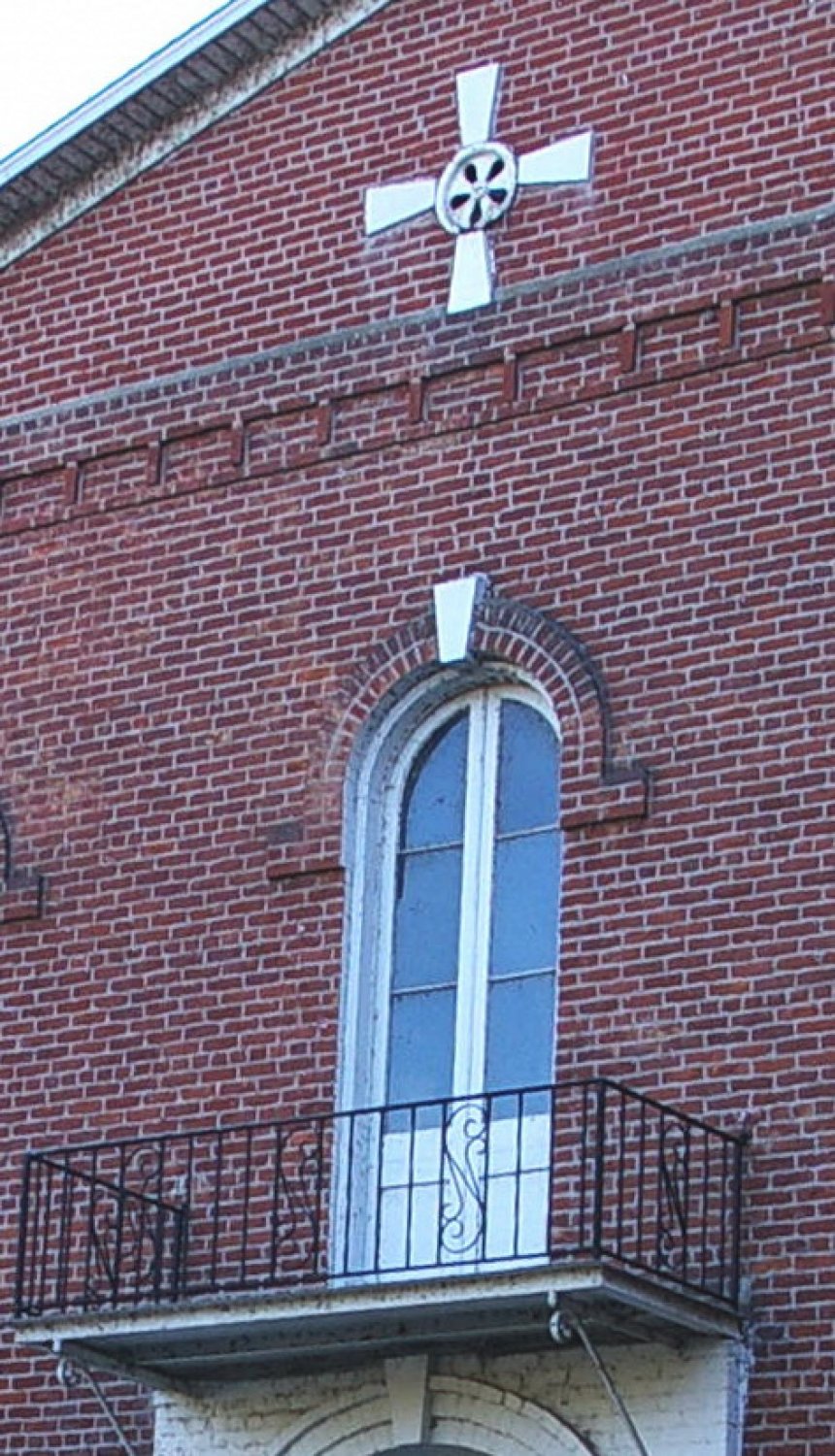 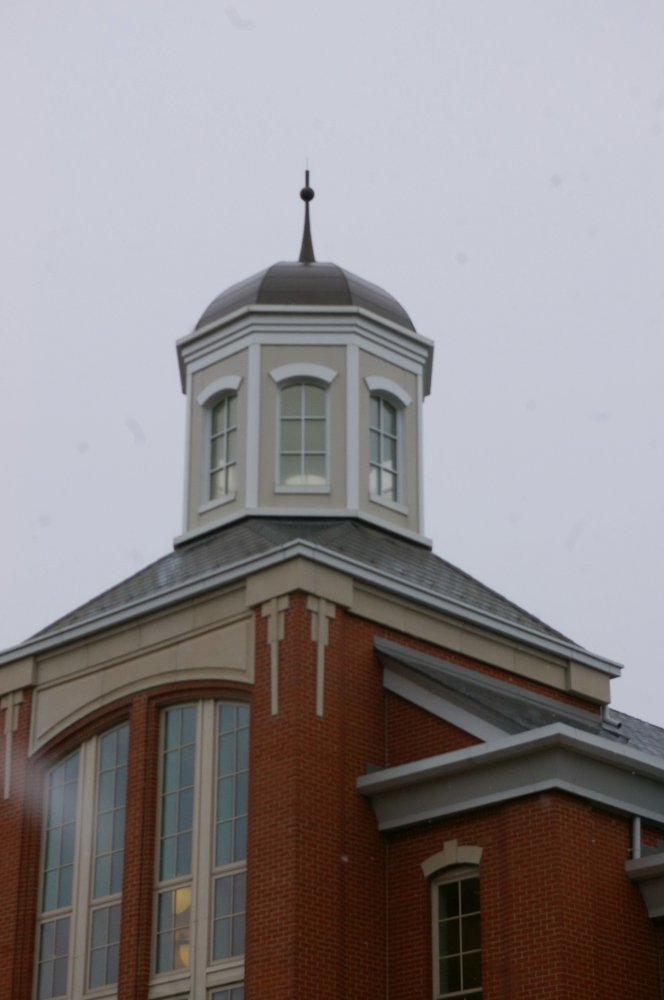 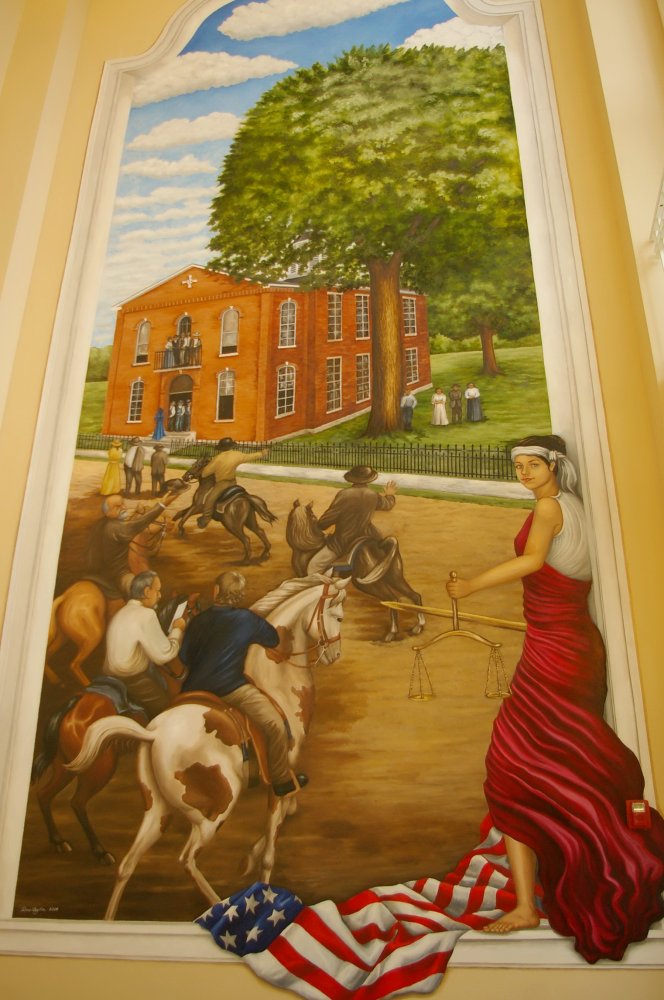 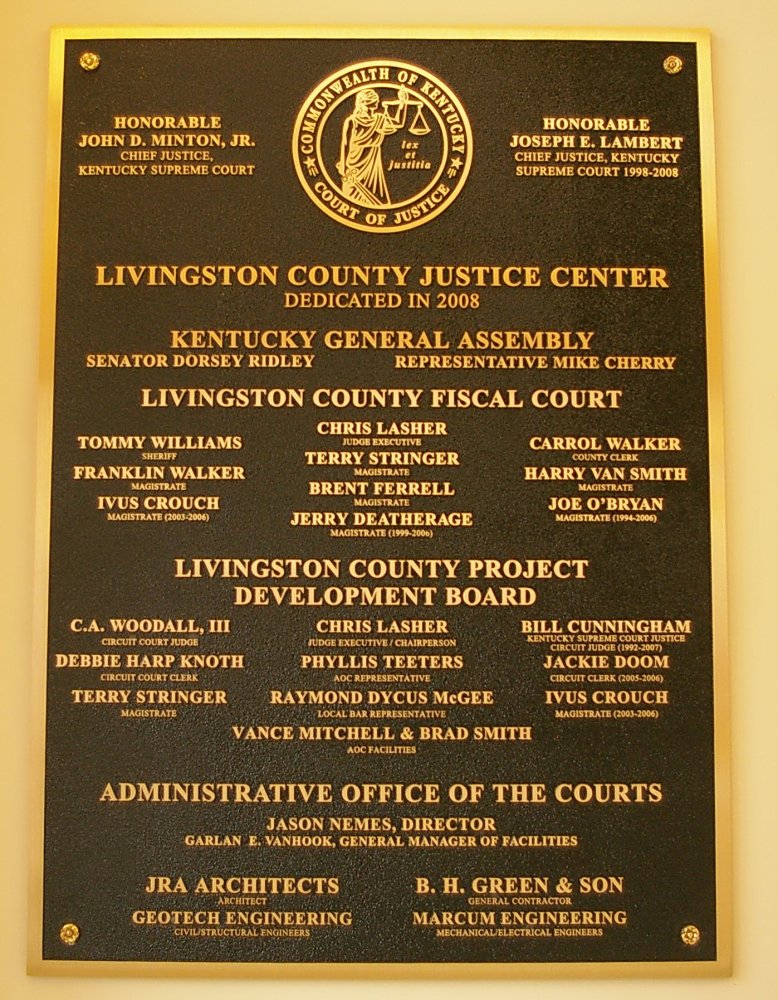 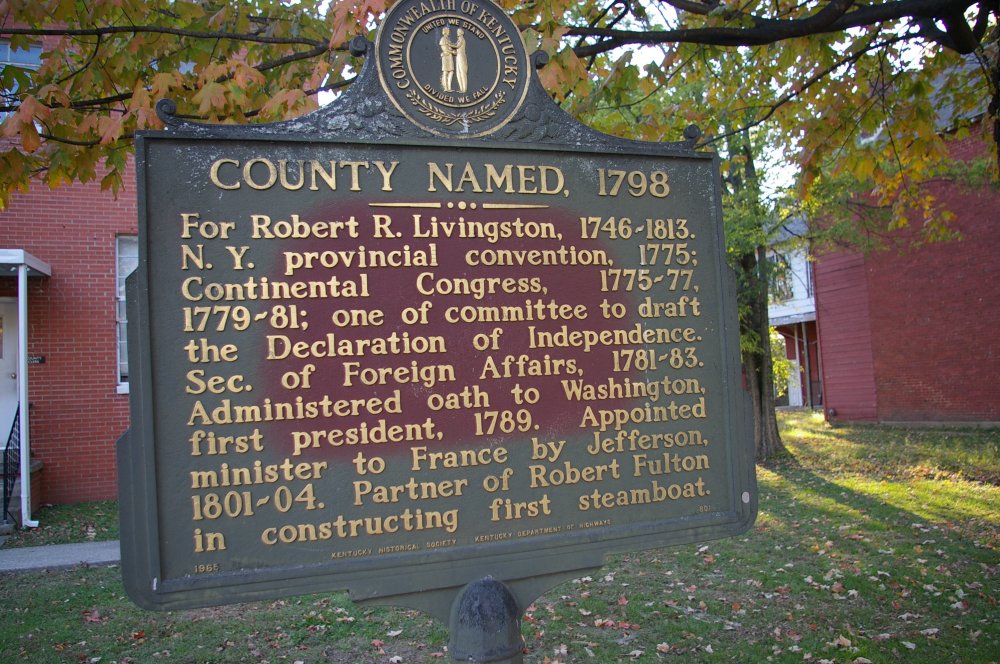 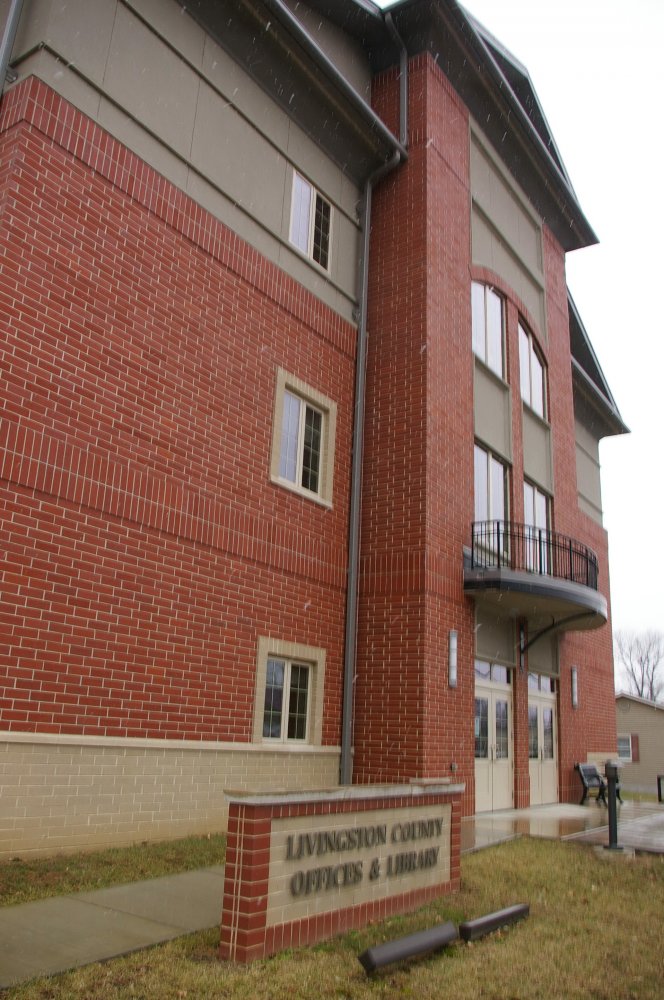