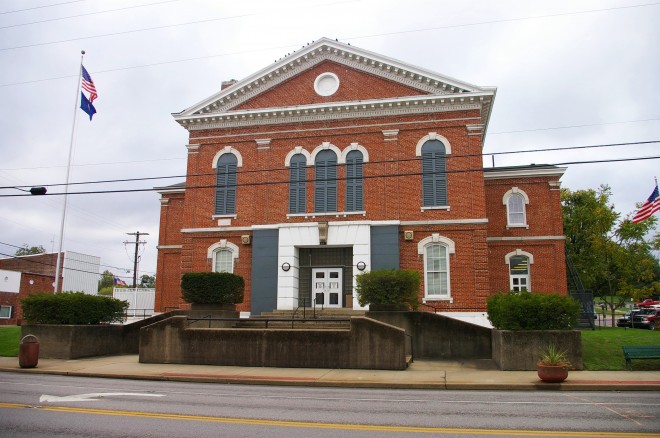 Union County is named for the unanimous decision of the residence of the county to form their own county from part of Henderson County.

Description:  The building faces north and is a two story red colored brick structure. The building is located on landscaped grounds in the center of Morganfield. The building has a stone foundation. The north front has white colored stone trim framing the recessed entrance. Above the entrance are three arched windows with larger single arched windows on either side. White colored wood trim frame the gable with white colored circle and the roof is hipped. The other windows are arched. On the east and west sides, the building extends outward. In the interior, a wide hall bisects the first story and is crossed at two points by narrower halls that have arched openings. On the south side, a flight of spiral staircases ascend to the second story. The stairs are green colored terrazzo and the handrails and balustrades are brass. The courtroom is located at the north end of the second story and is 52 feet by 70 feet. The building houses the County Circuit Court and County District Court of the 5th Judicial District. The buildsing was doubled in size in 1940. 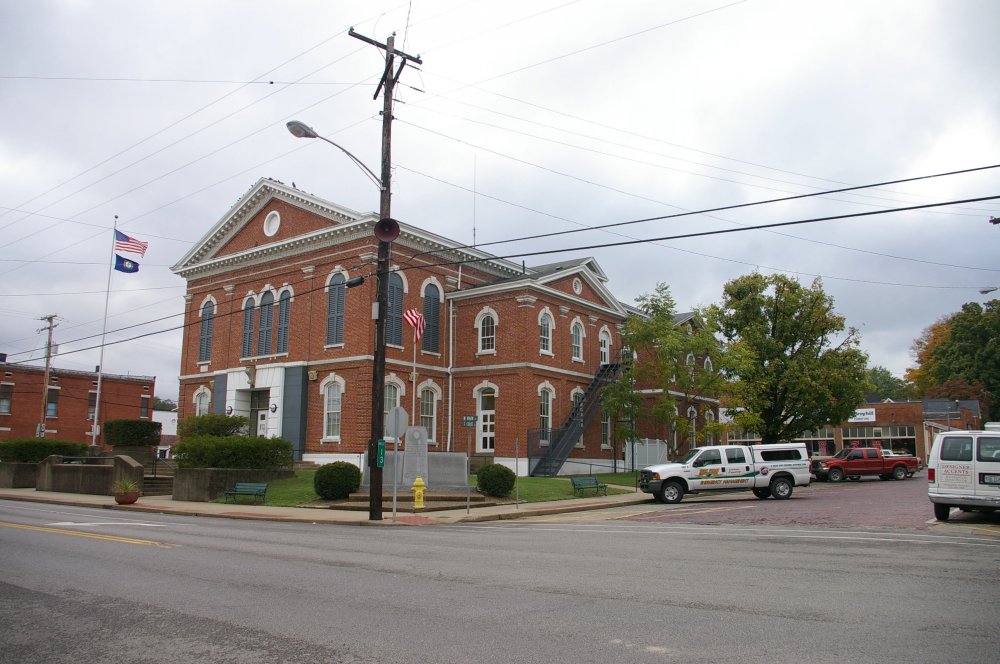 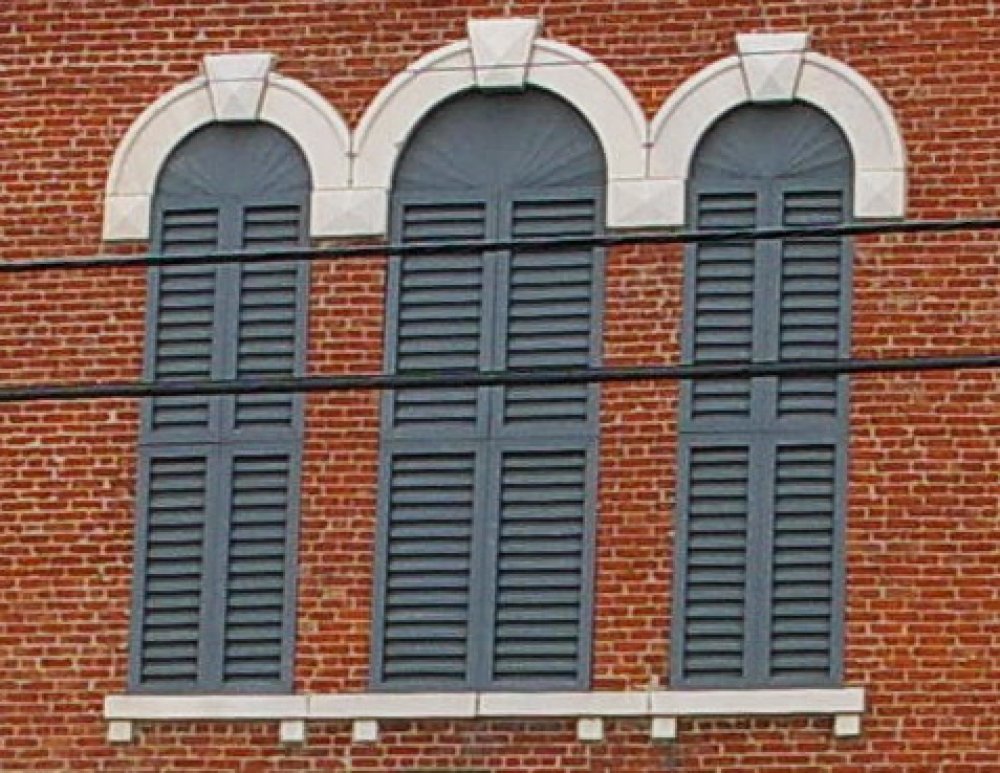 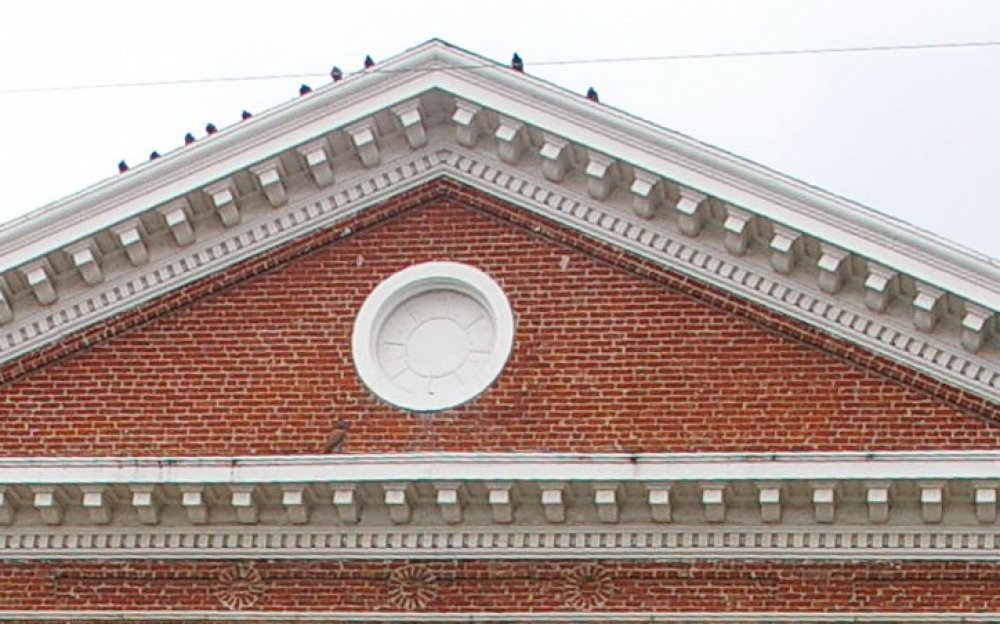