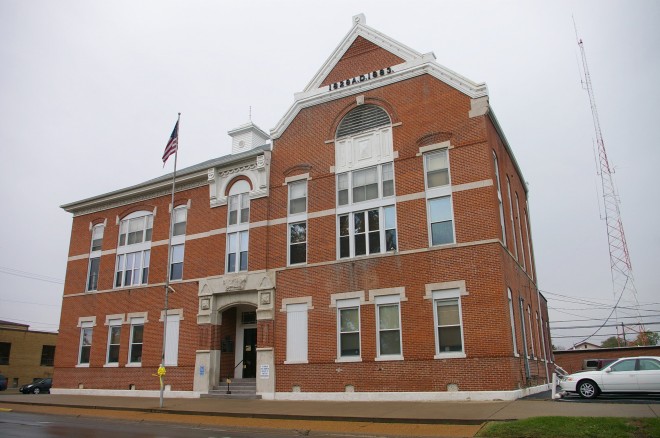 White County is named for Leonard White, who was a member of the Constitutional Convention of 1818. 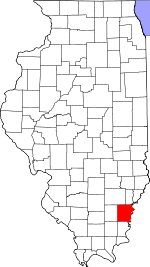 Description: The building faces south and is a three story red colored brick structure.  The building is located in the center of Carmi. The building incorporates the second courthouse built in 1828 which was enlarged incorporating the original structure and adding offices. On the east side the roof rises to a peak with white colored gables and a band containing the date of the county establishment and date of the building. In the center of the south side is the recessed doorway with white colored stone across the header and on either side of the entrance. The roof is hipped. The courtroom is located on the second story.

Note:  The courthouse was expanded to 40 feet by 85 feet. James Robert (“Dollar Bob”) Williams oversaw the renovation construction of the courthouse while serving as County Judge from 1882-1886. The courthouse originally had a tower which was removed after being damaged in a storm about 1920.

Description: The building faces northeast and is a one story white colored wood frame structure. The building is located on landscaped grounds in the center of Carmi. The northeast front has a central one story white colored wood portico. On the south is a lower section. The roof is hipped. Known as the Robinson-Stewart House and served as the first courthouse from 1815 to 1828. 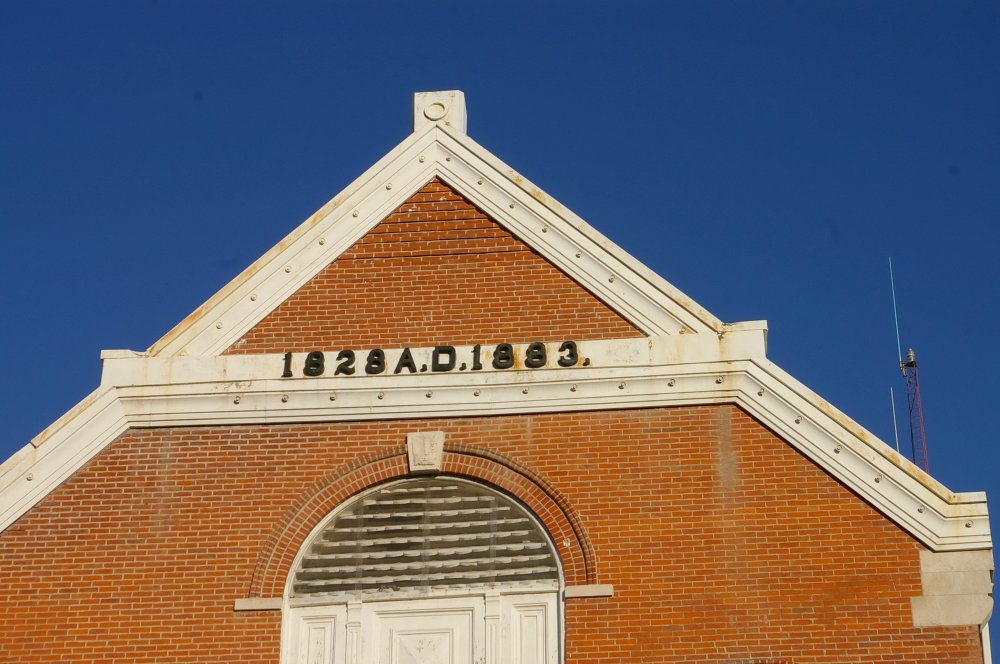 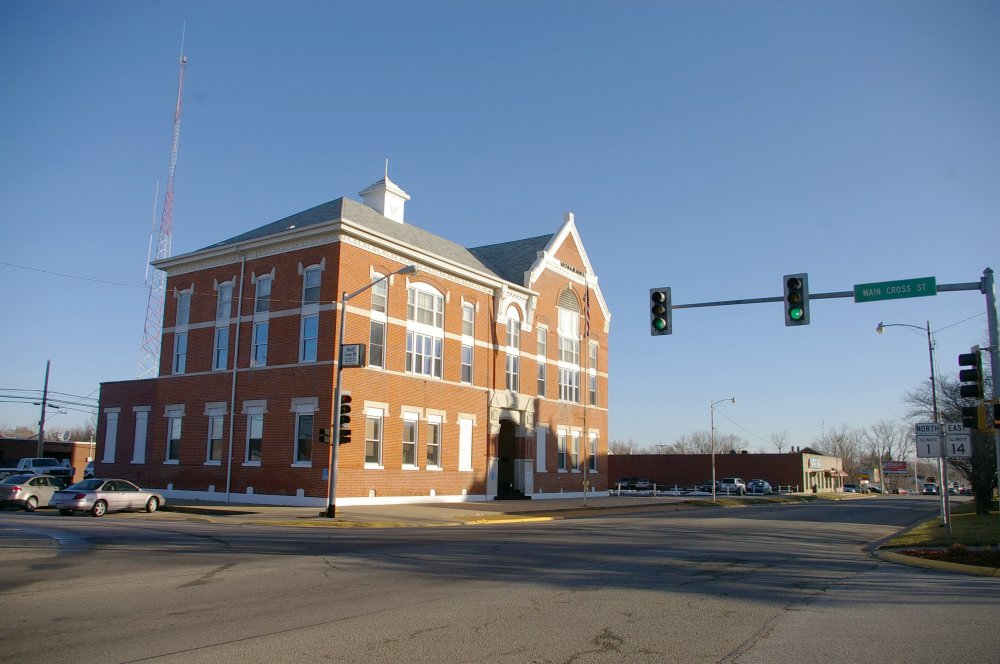 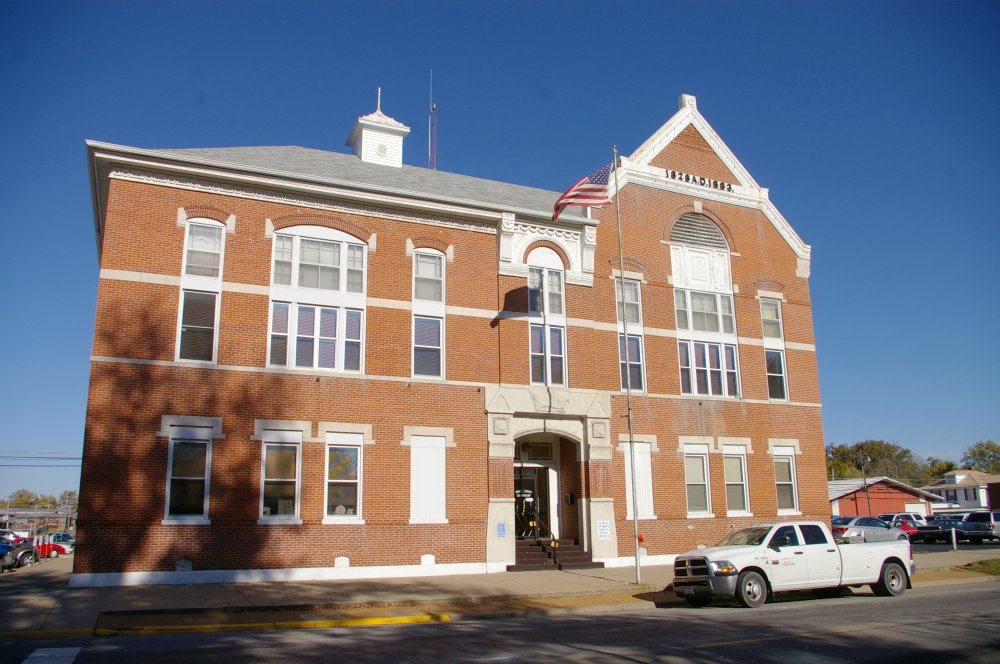 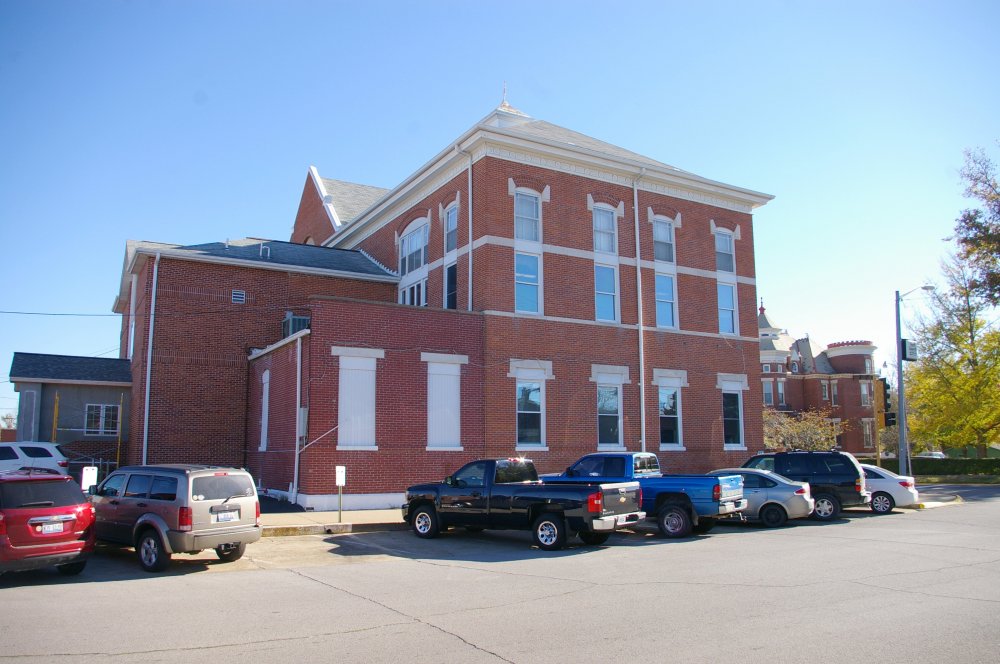 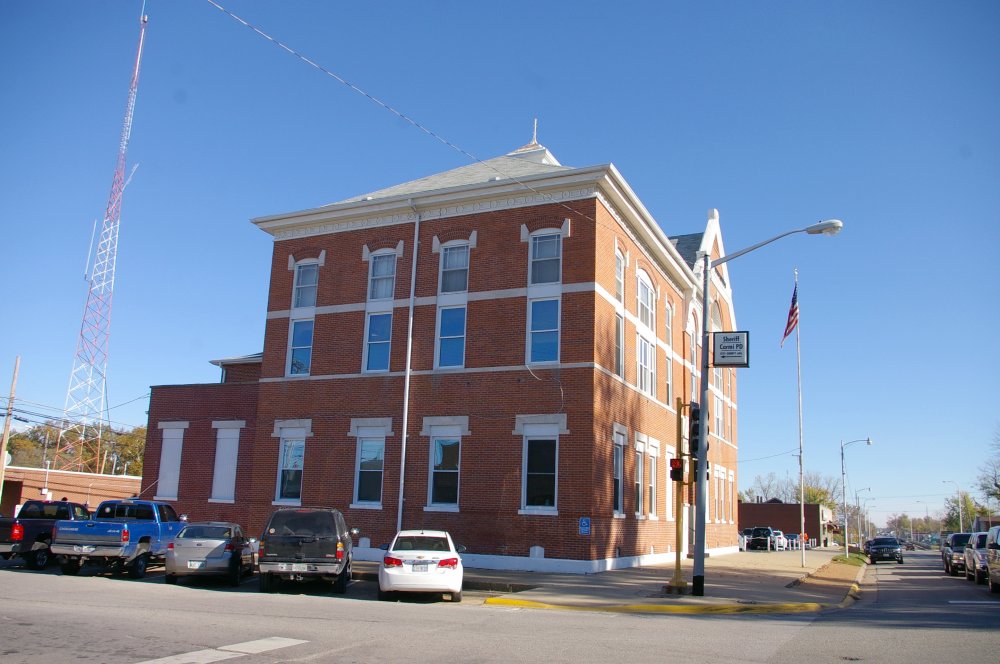 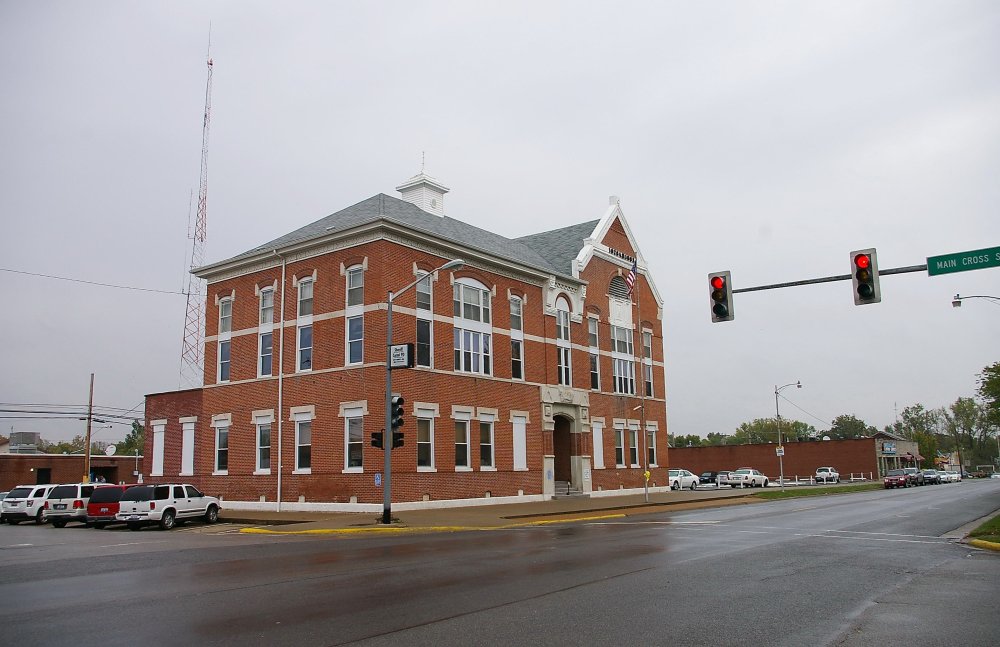 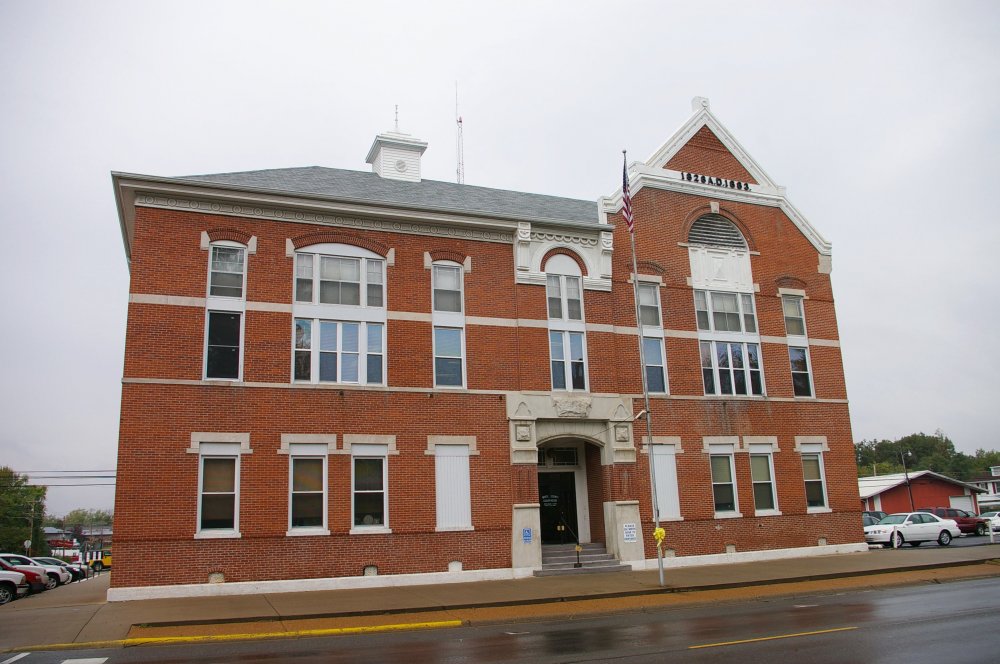 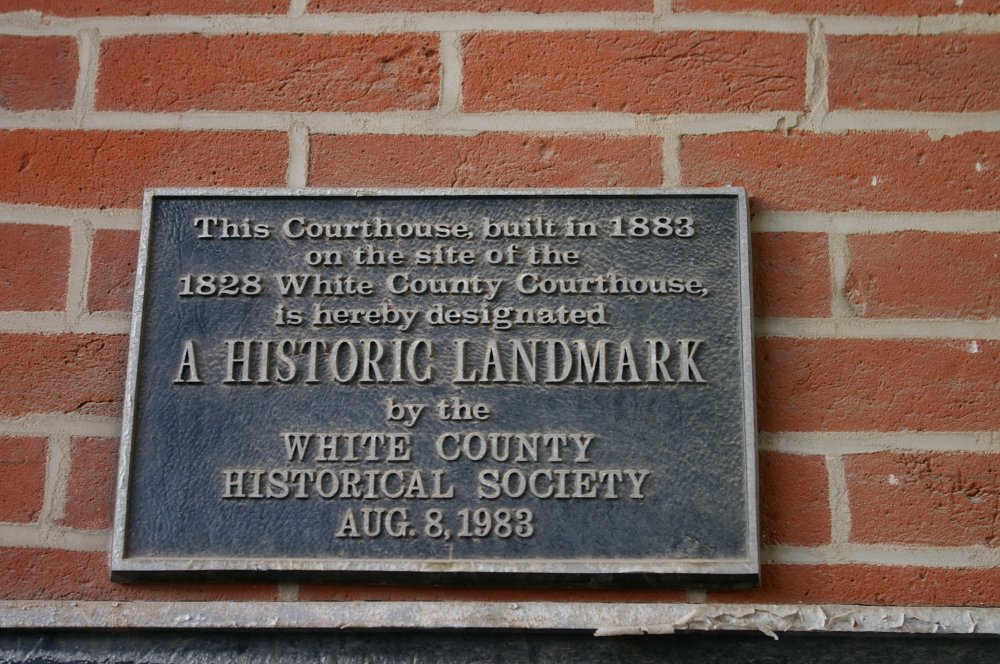 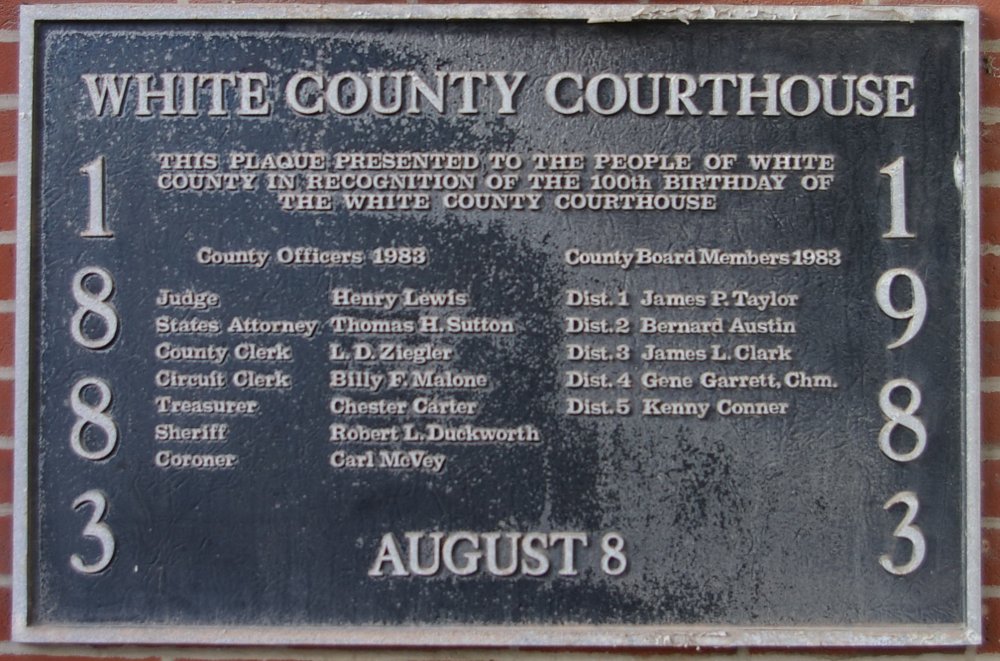