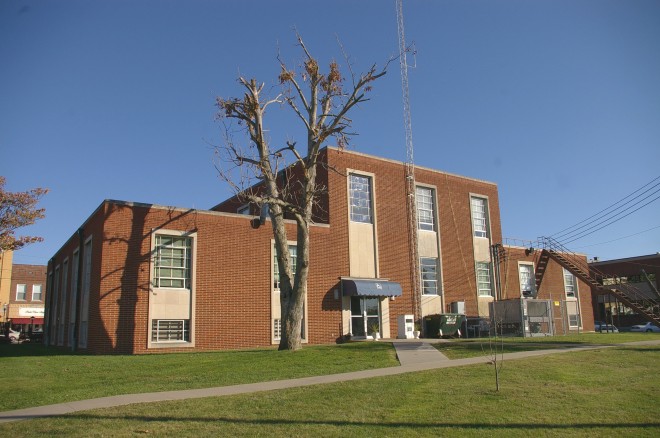 Crittenden County is named for John Jordan Crittenden, who was Governor of Kentucky from 1848 to 1850.

Description:  The building faces east and is a two story red colored brick and concrete utilitarian structure. The building is located on landscaped grounds in the center of Marion. The main entrance is along the east side with a stone trimmed entrance with glass above the doorway. There are light stone panels between the vertical windows. The north and south wings are one story. 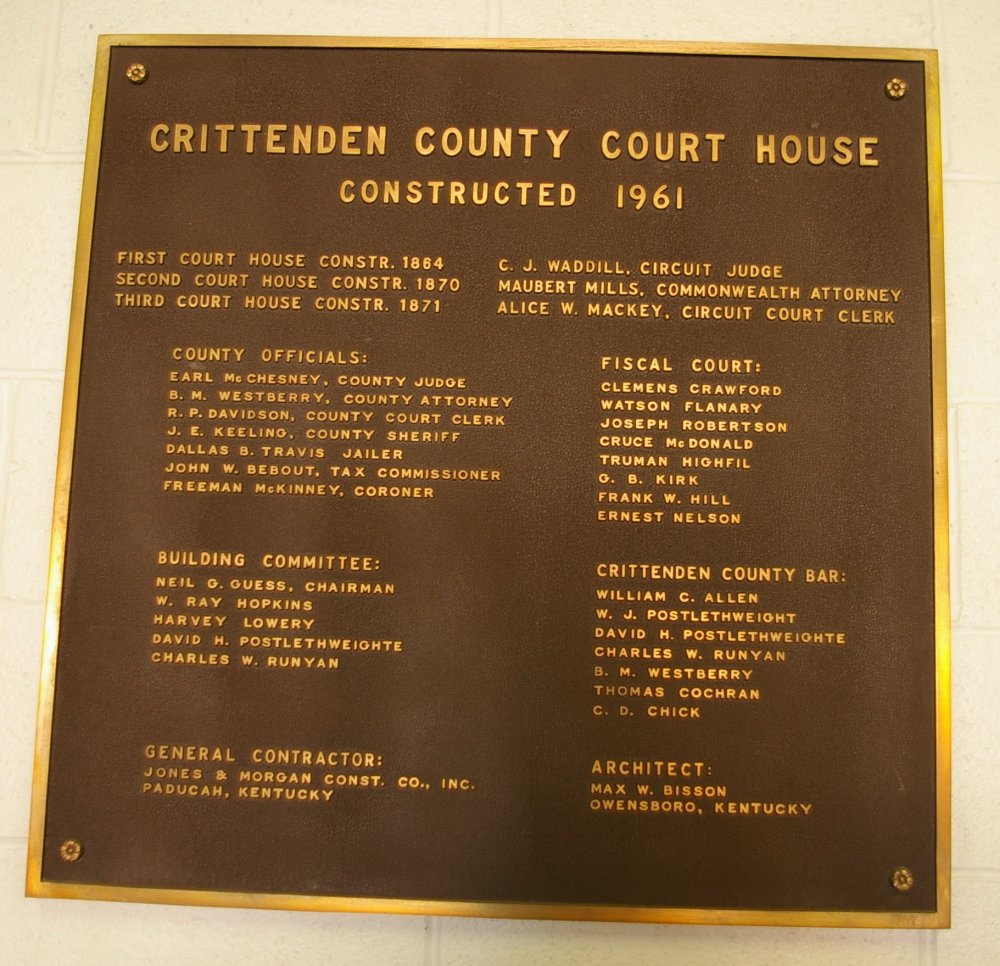