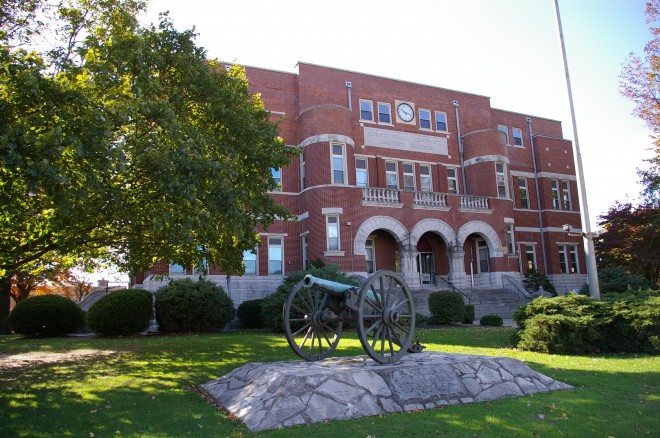 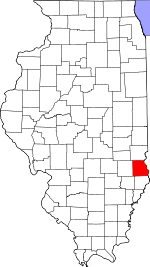 Note:  The building was damaged by fire on March 28, 1899. The basic plan was saved, but after a few years, county officials removed the tower and the turret peaks and installed a flat roof.

See:  The architect, John W Gaddis of Vincennes, Indiana also designed courthouses in Illinois in Wayne County, in Indiana in Clay County, Huntington County and Putnam County and in Missouri in Perry County. 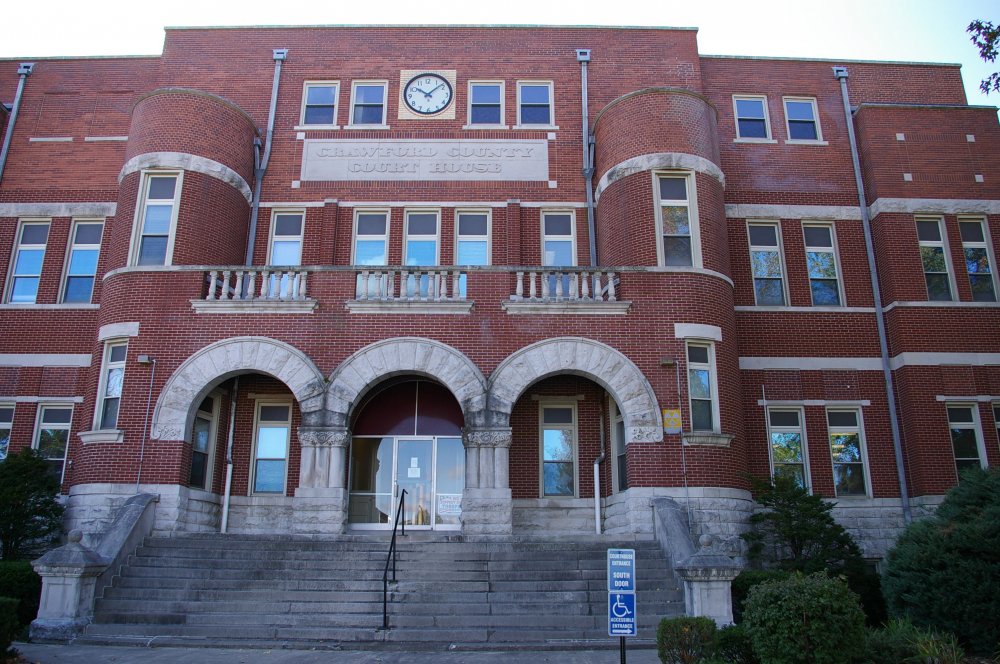 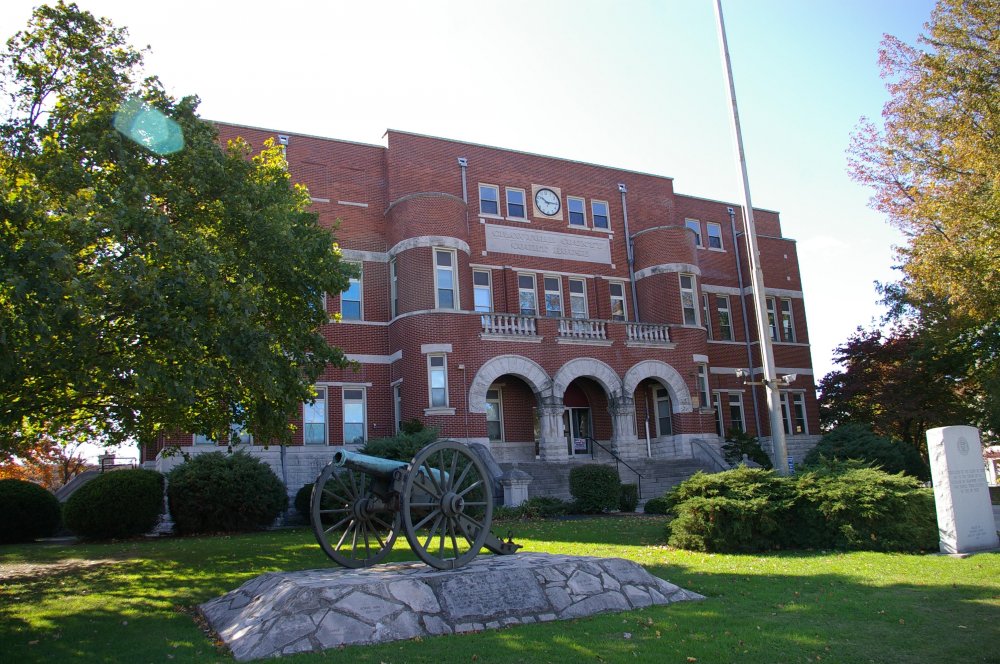 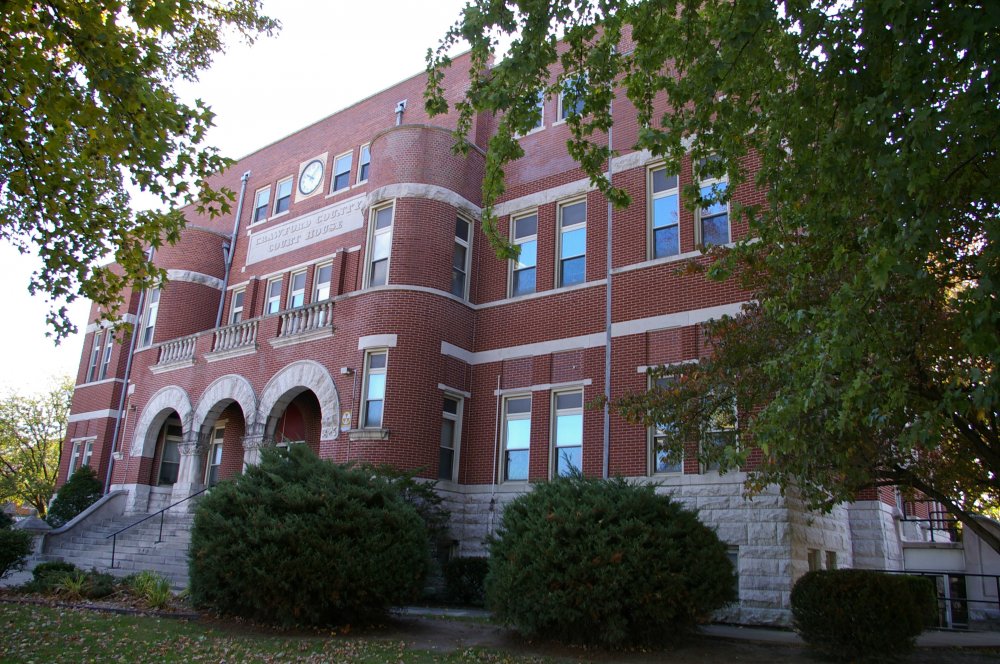 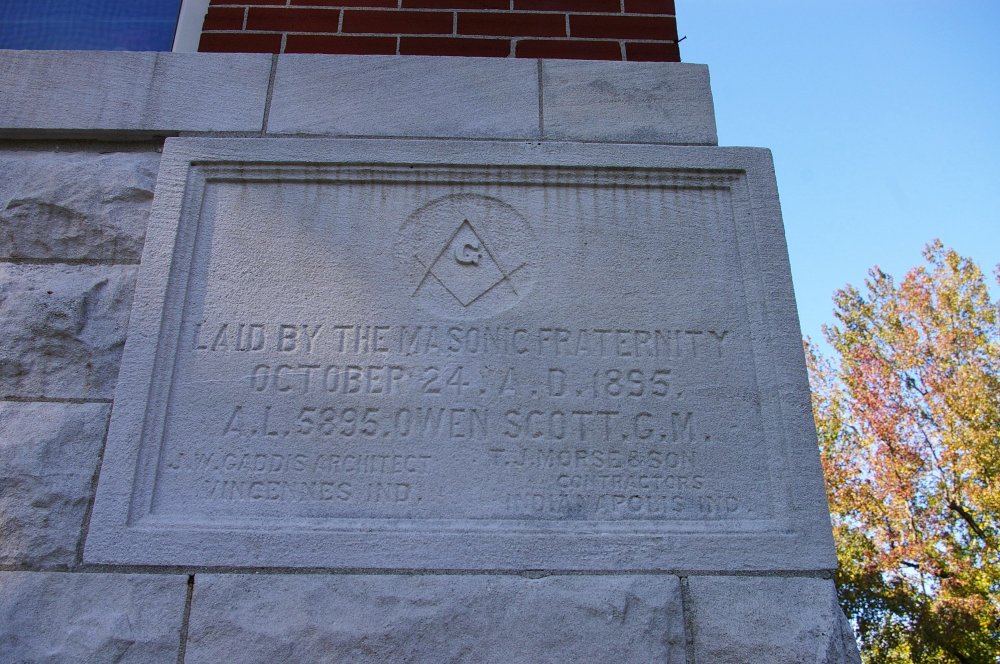 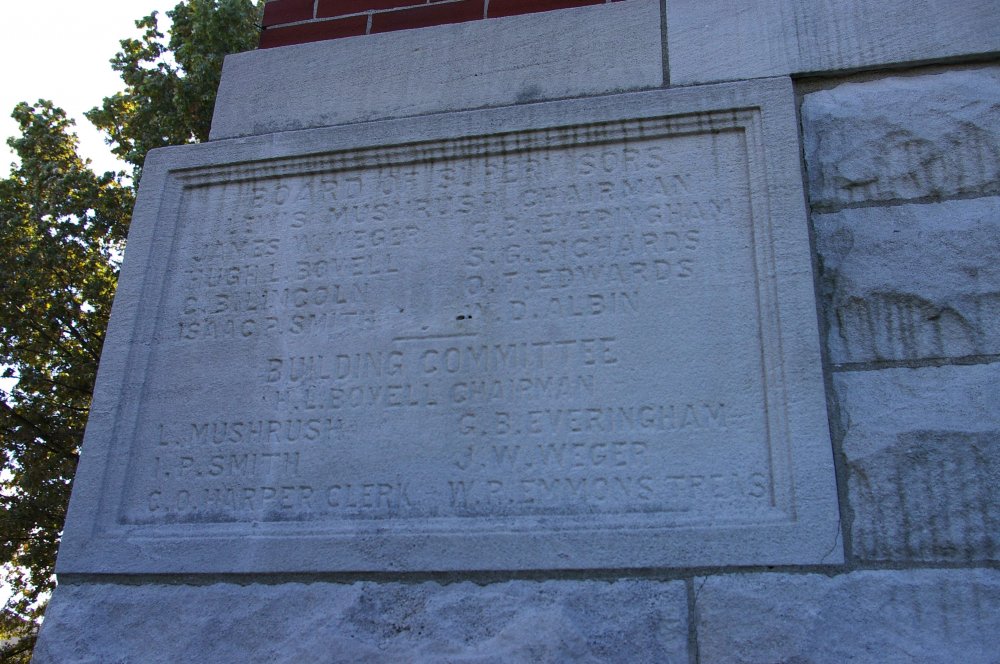