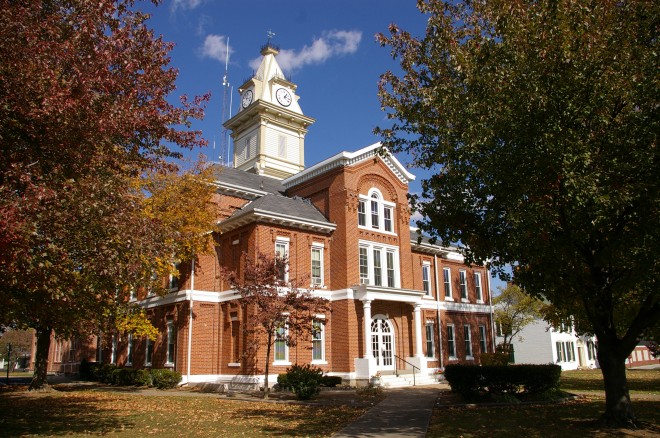 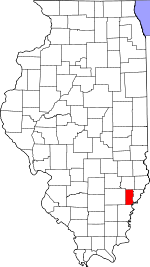 Description: The building faces south and  is a three story red colored brick structure. The building is located on landscaped grounds in the center of Albion. The south front  has a small portico supported by two columns. The center front extends from the main building and rises to the third story. The east and west sides are two story and the main building behind rises to three stories. On the center of the roof is a square white colored cupola with clock and steep roof. The building houses the County Circuit Court of the 2nd Judicial Circuit. The architect was McDonald Brothers of Louisville, Kentucky and the contractor was Joseph Harris and Sons. Only a small section of the 1853 building remains consisting of a portion of the wall in the southwest corner. In 1940, an addition was built on the east side. On the north side is a new addition built in 1996 to 1997 and houses the courtroom. The architect was Garrison-Jones Architects Inc. of Carbondale and the contractor was Floyde Black Construction of Mount Vernon. The clock tower was restored in 2007 and 2008. On the east side is the old Sheriff’s Residence.

Note:  The bricks were made locally by Mr Bassett, the foundation is of stone quarried locally. The brick work, stone setting, and plastering were done mostly by local workmen supervised by W T Burrell, a local man. The interior woodwork was done by local labor. The tin and sheet‐iron work was done by George Weave, another local artisan. 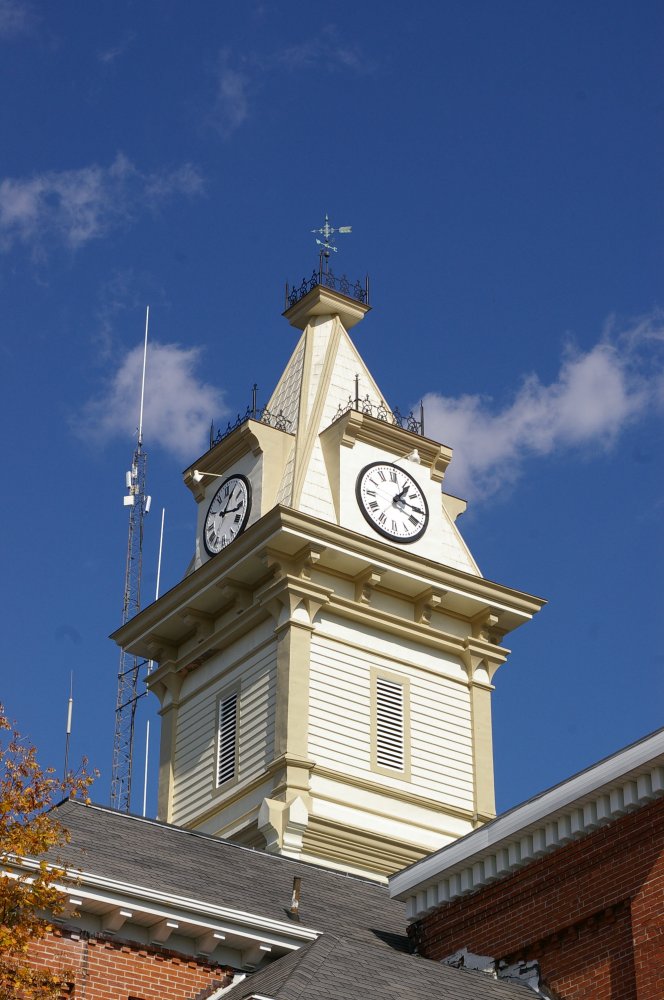 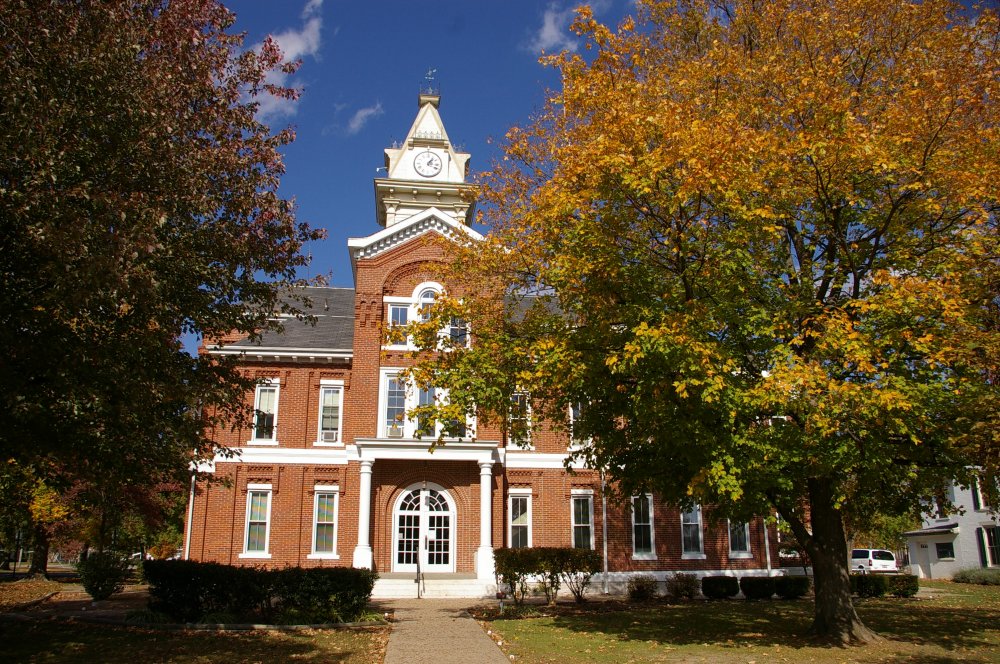 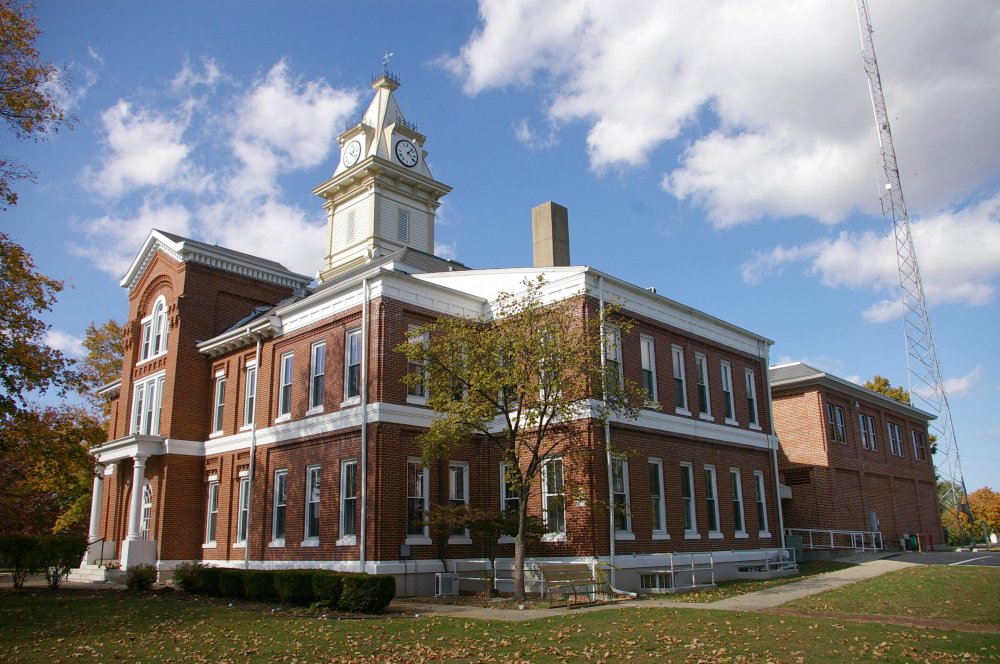 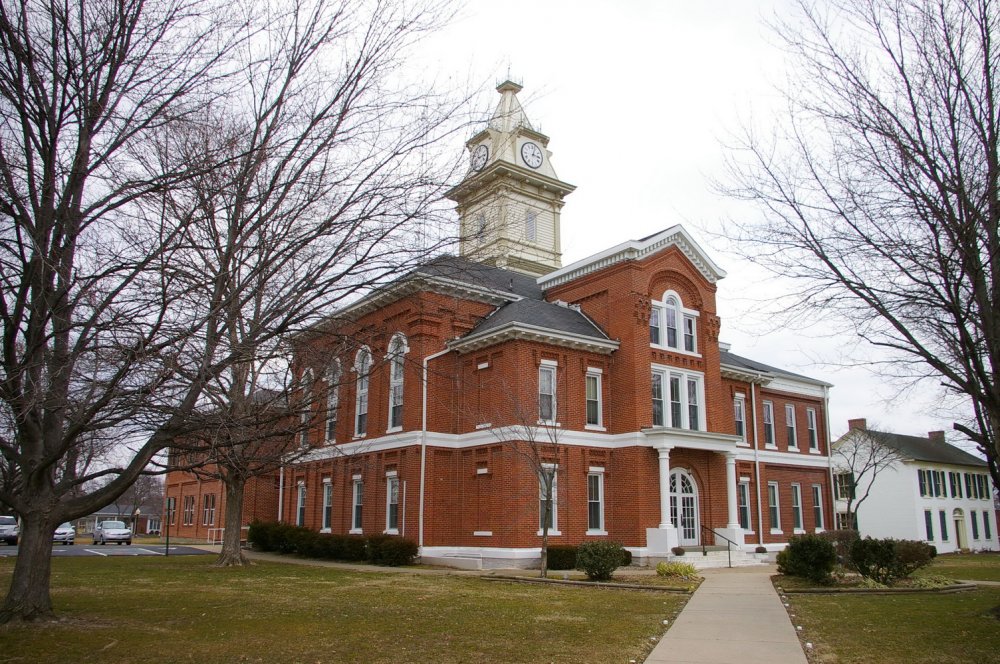 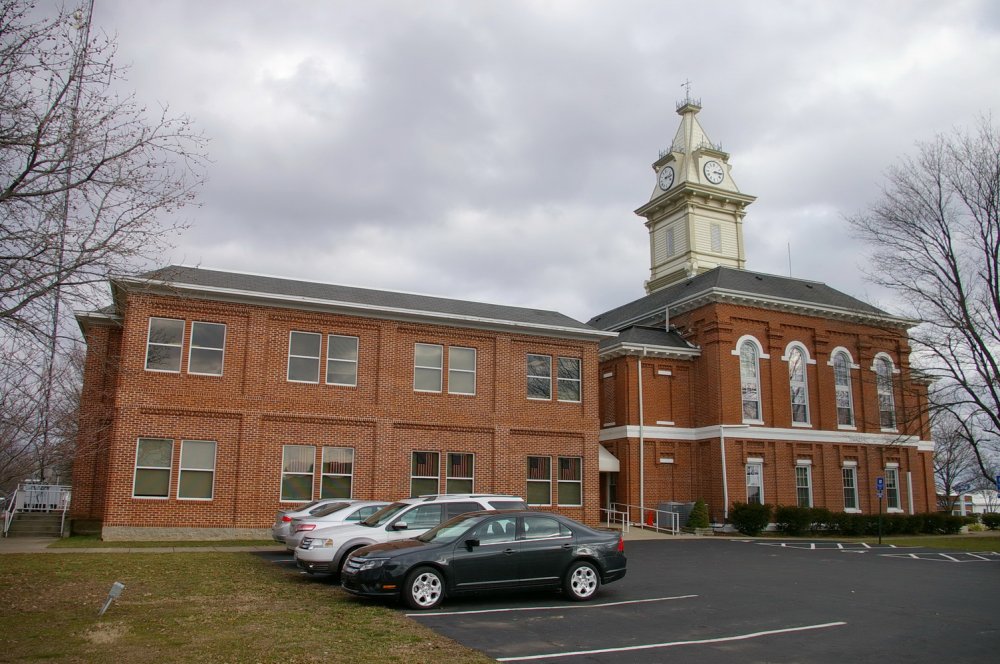 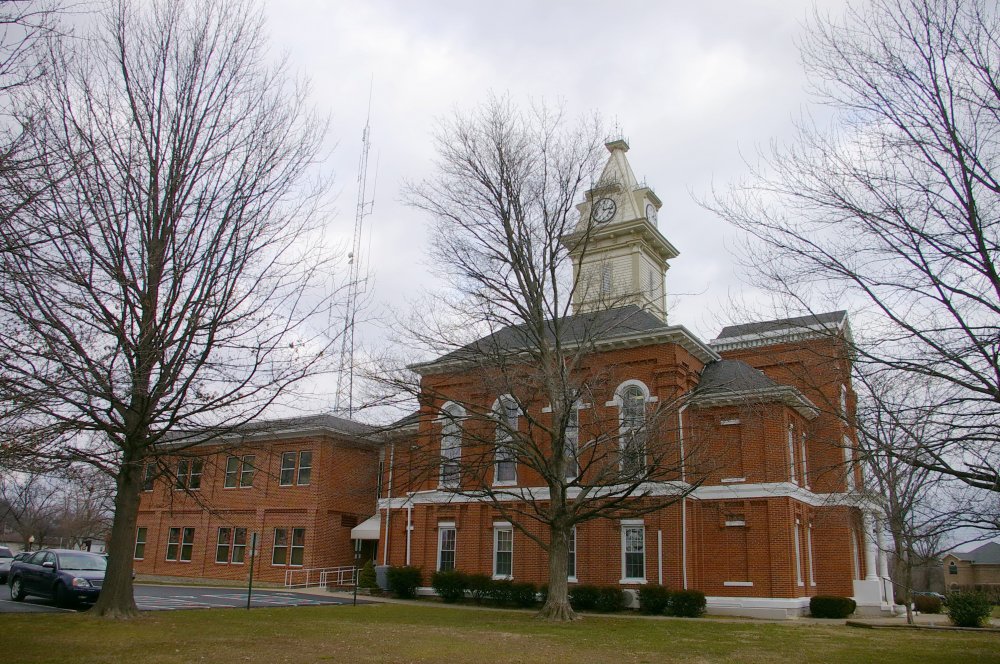 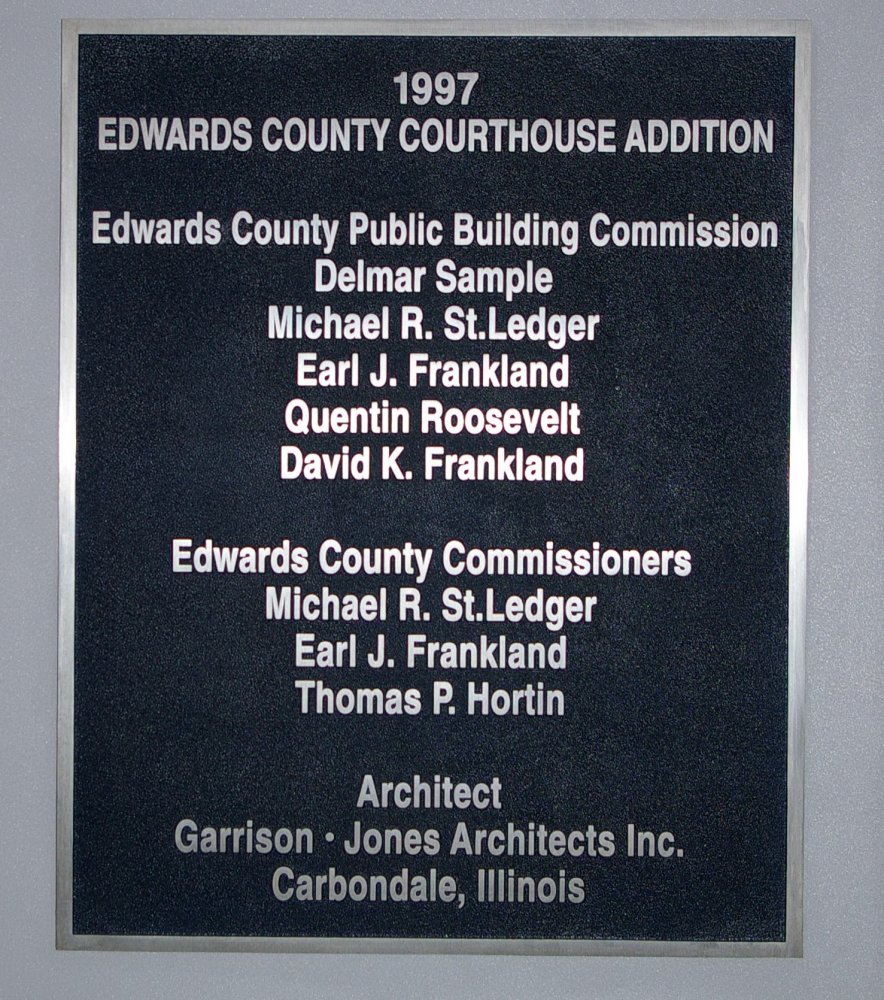 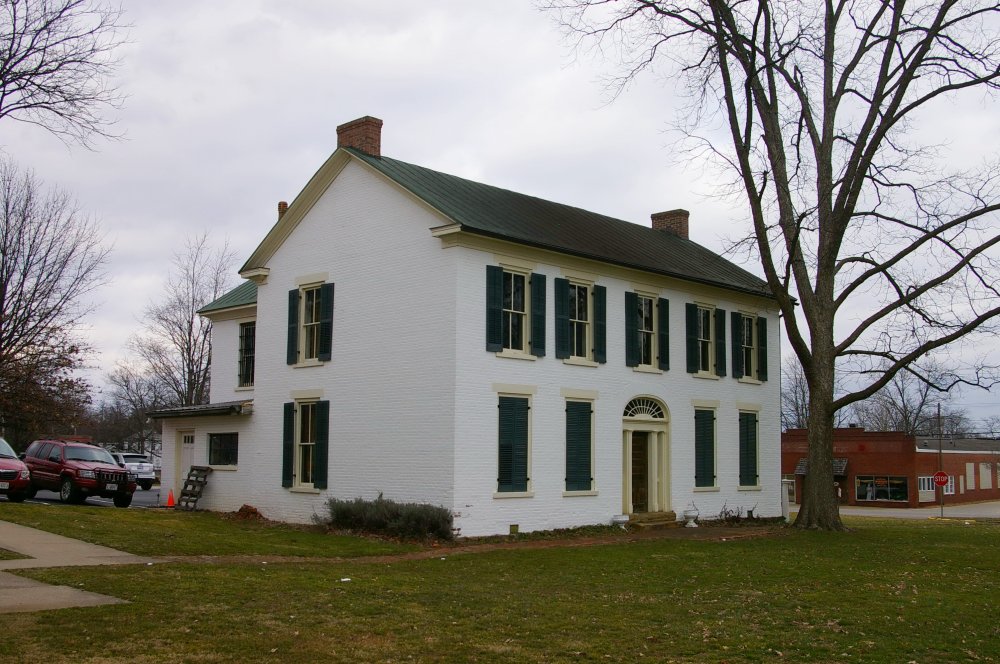