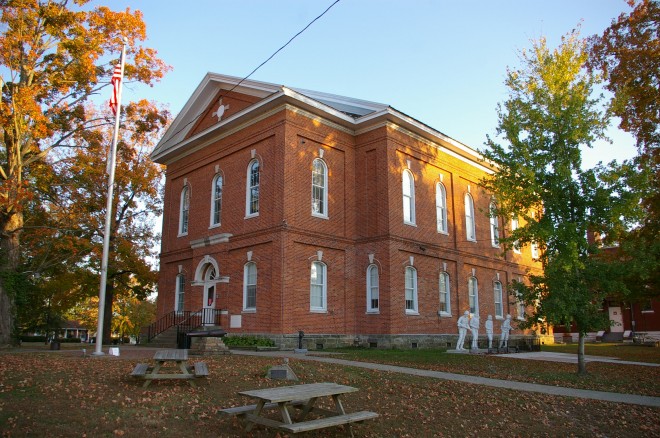 Pope County is named for Nathaniel Pope, who was the first Territorial Secretary of State from 1806 to 1816. 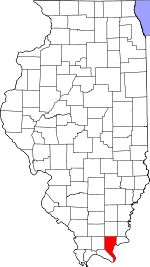 Description: The building faces north and is a two story rectangular red colored brick structure. The building is located on spacious landscaped grounds in the center of Golconda. The north front projects from the main building and has an arched entrance on the first story. The windows are arched on both stories and there is stone trim above each window. The building has a gable roof and brick walls, and a prominent belt course separates the two stories. Six windows are placed in three bays on the side, while the front of the building is pierced by a single side window and three facade openings on each floor: a central door and two windows on the first story, and three windows on the second story. An oculus is set amid a pediment above the second story of the facade. The base of the building is course stone. 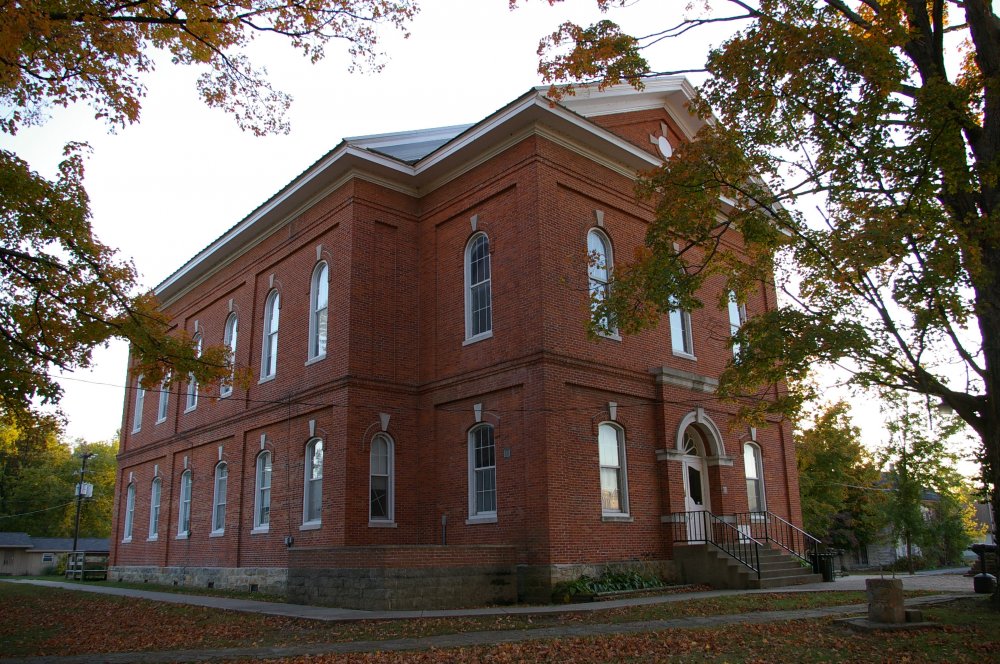 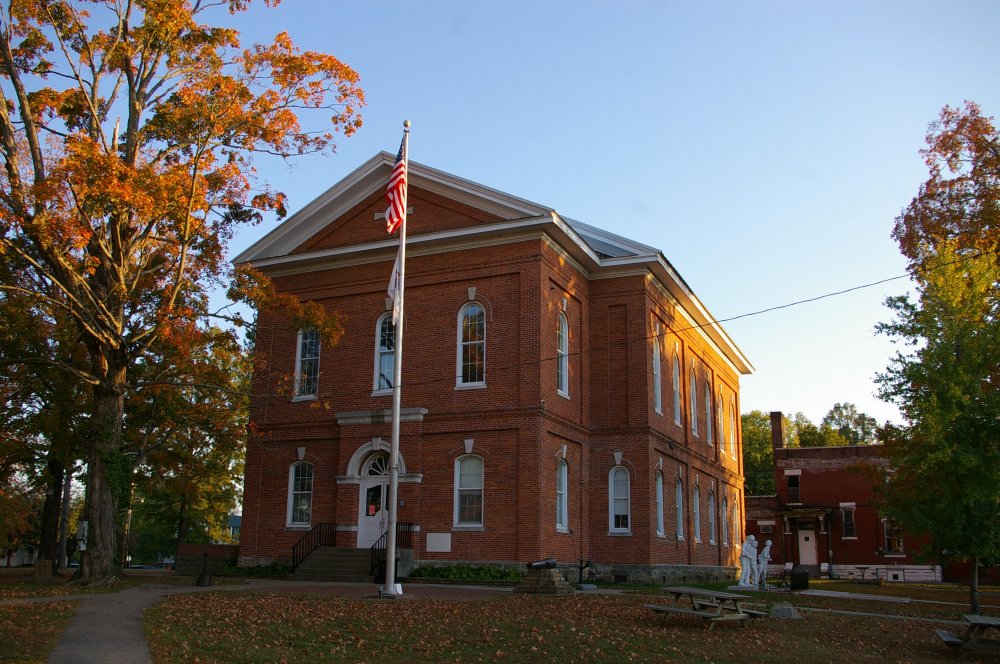 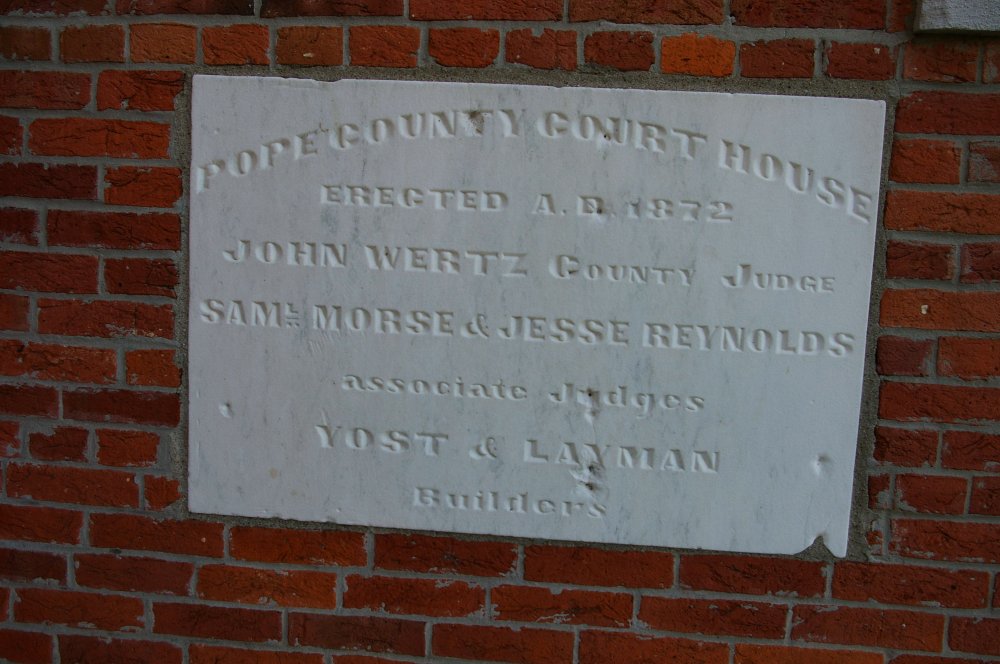