Description:  The building faces east and is a two story yellow colored brick and stone structure. The building is located on landscaped grounds in the center of Fayette. The east front has a large portico supported by four large columns rising to a pediment. Behind the pediment, the center section rises above the roof line with two gold colored domes at each end. The corners of the building project slightly and rise to pediments. On the center of the roof is a large square white dome with gold colored roof containing a clock and with small cupola at the top. During construction, J E Wilbank was the superintendent as well as the architect. The building houses the County Circuit Court and the County District Court of the 24th Judicial District.

See:  The courthouse in Union County, Mississippi is similar in design but had a different architect. 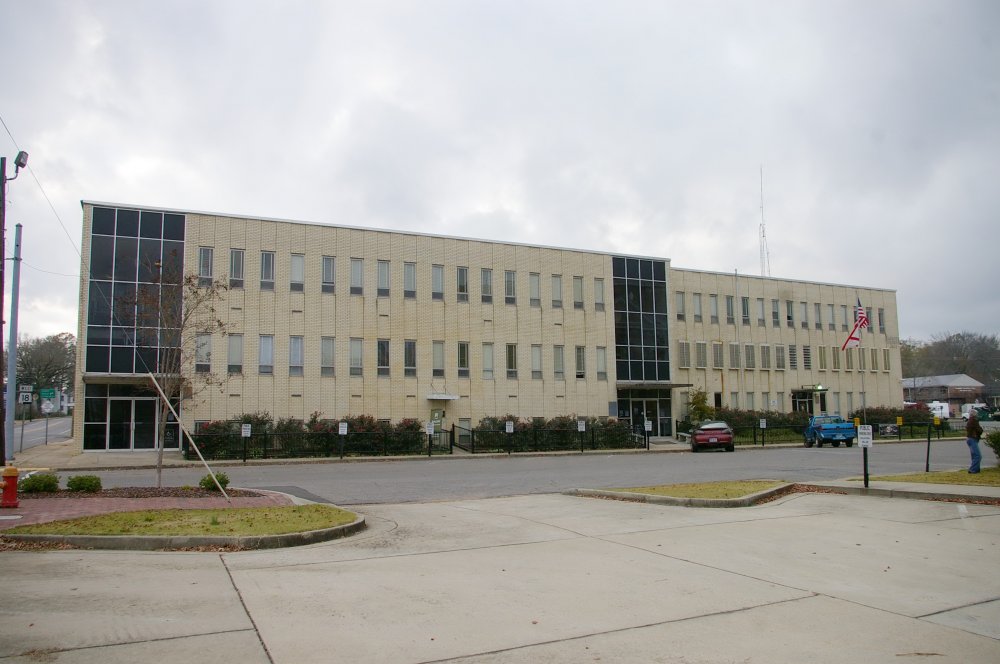 Description:  The building faces east and is a three story yellow colored brick, concrete and glass structure. The rectangular building is located in the center of Fayette to the west of the courthouse and has an entrance at south side of the east front and at the north side. Above the entrances are glass panels. There is a recessed rectangular section on the north side. The roof line is flat. The building also houses the jail. 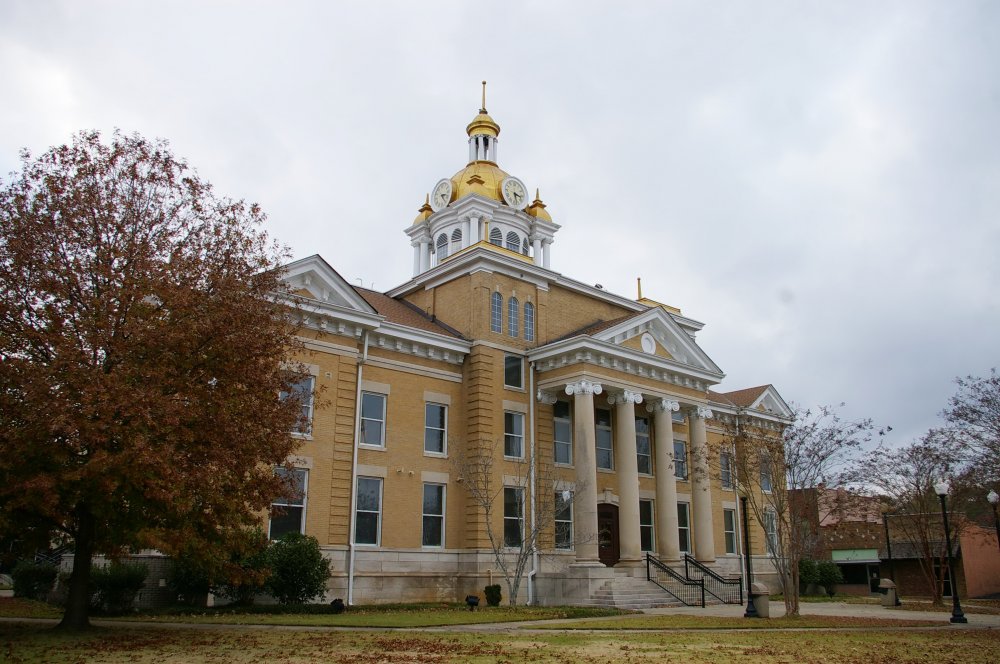 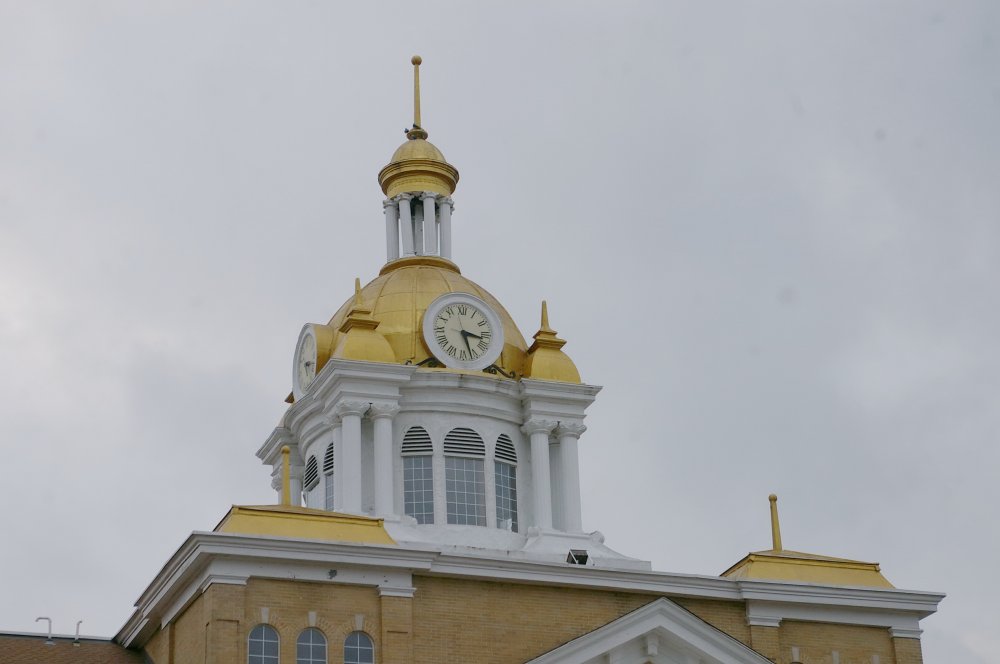 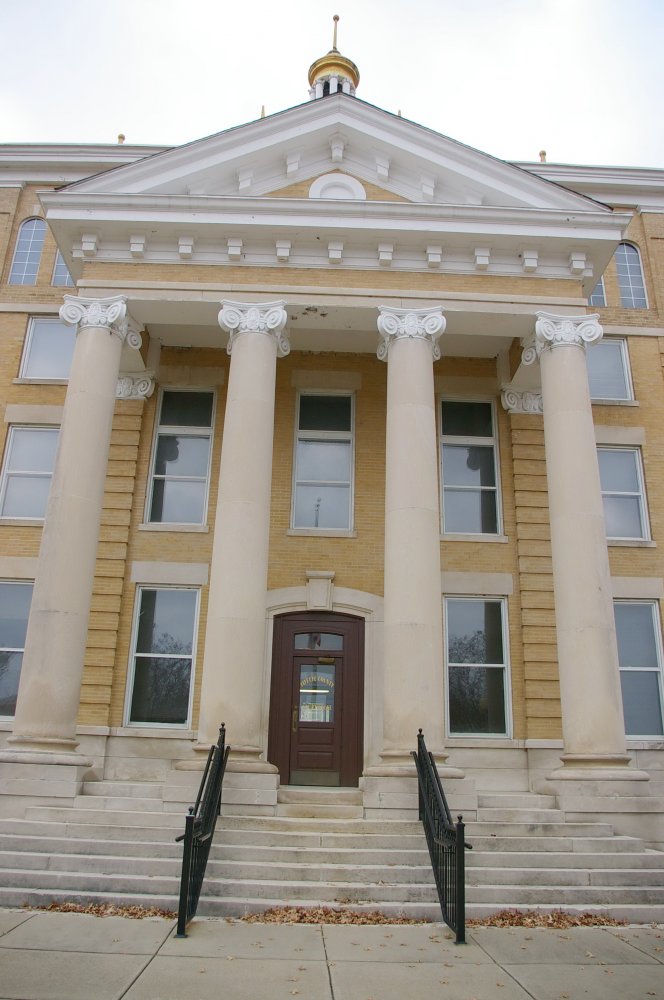 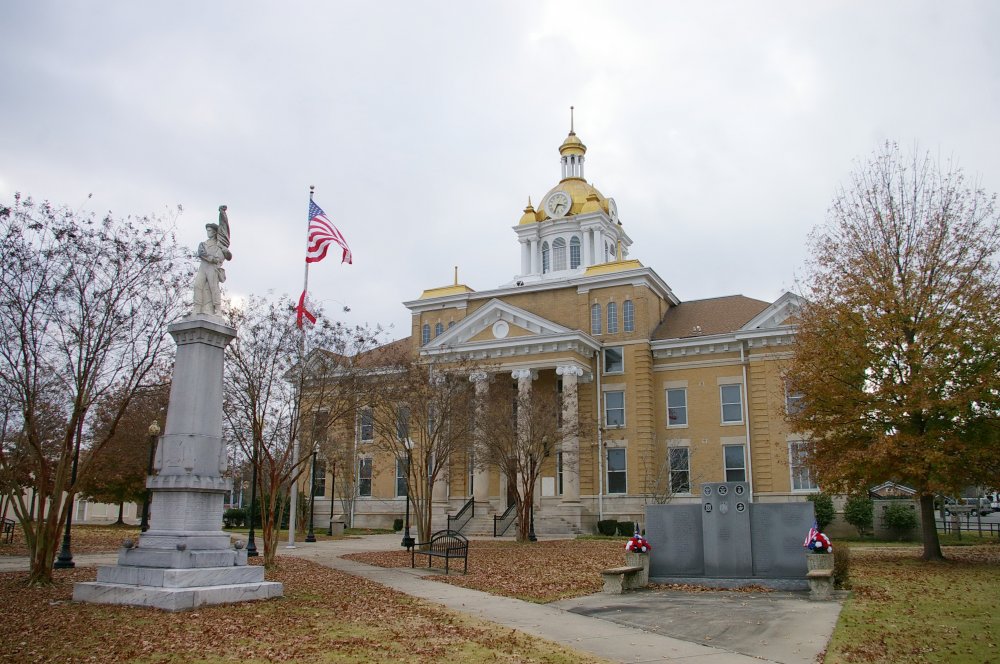 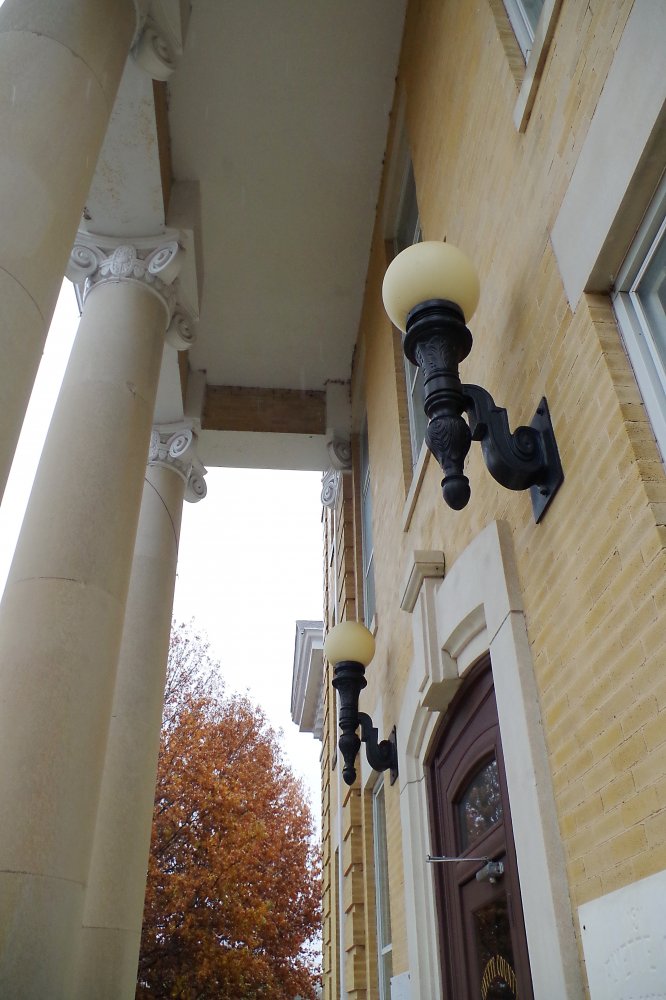 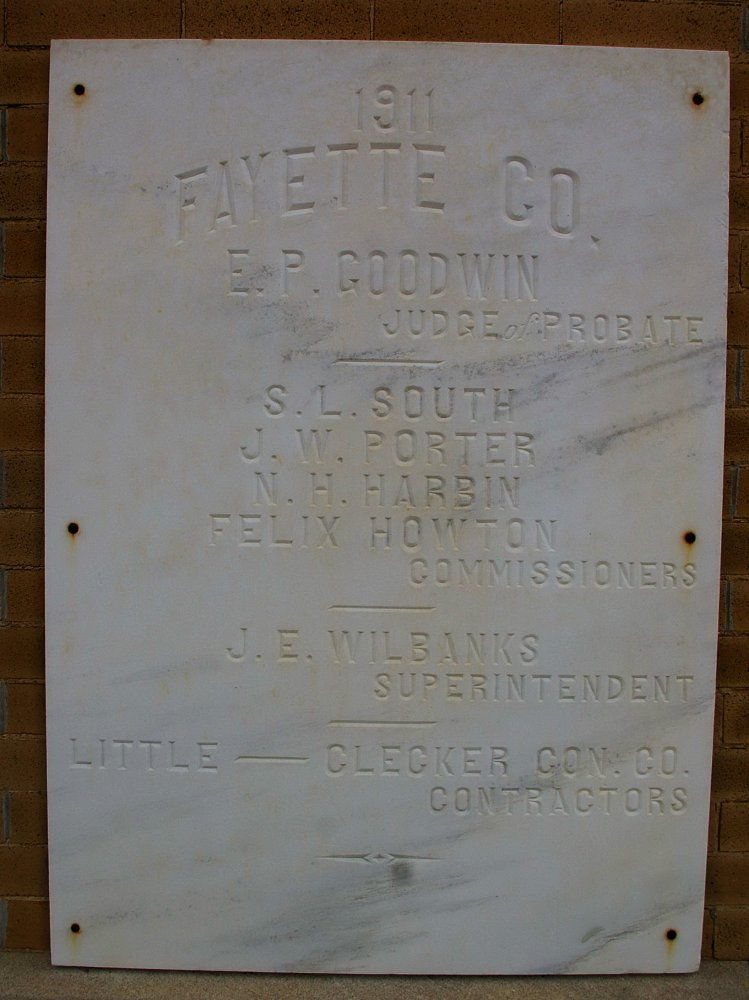 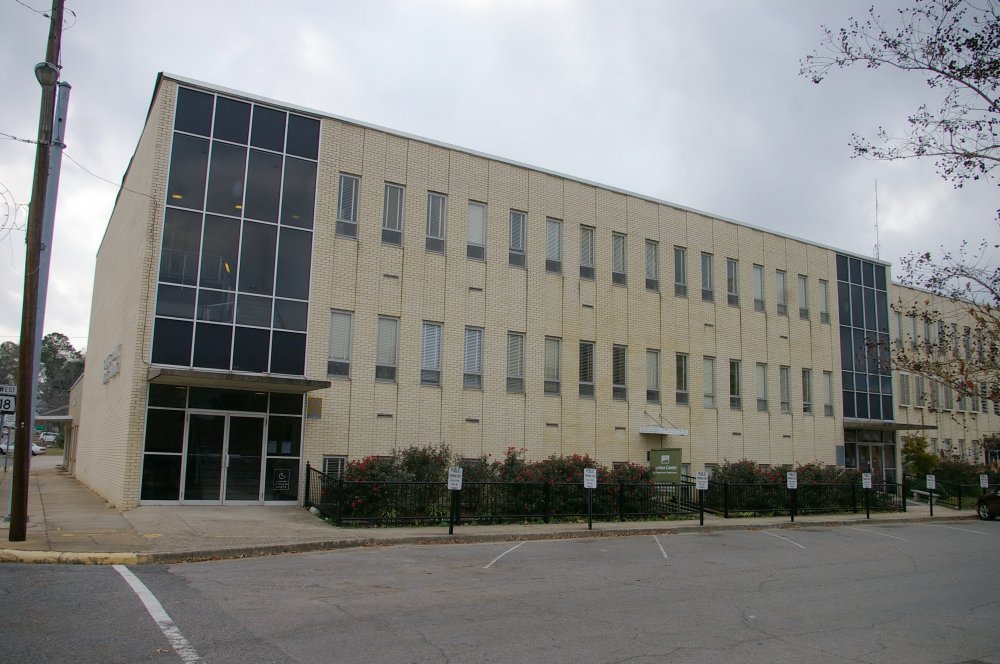 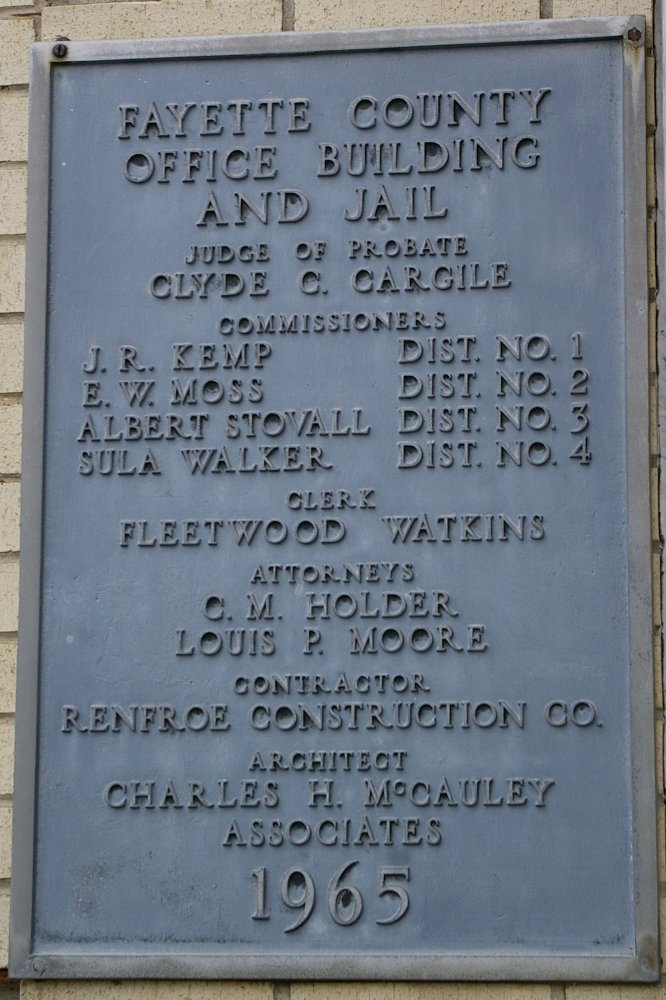