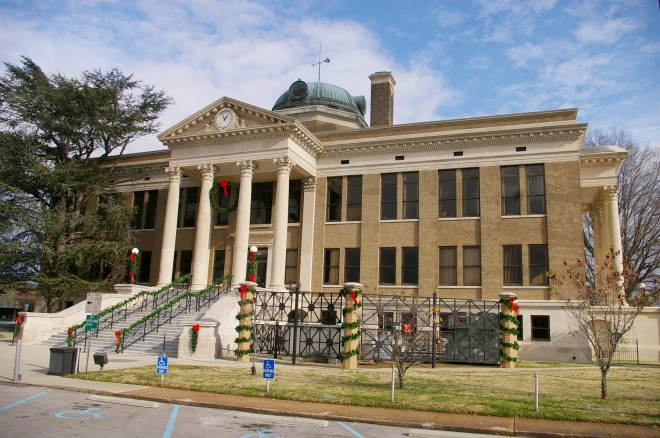 Limestone County is named for Limestone Creek and the deposits of limestone in the region. 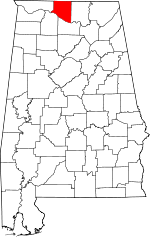 Description:  The building faces west and  is a two story buff colored brick and stone structure. The building is located on landscaped grounds in the center of Athens. The west front has a large portico supported by four columns rising to a pediment with clock at the roof line. There is a portico on the north and south sides. On the center of the roof is a round green colored dome.  The building houses the County Circuit Court and the County District Court of the 39th Judicial District.

Note:  Due to the rise in prices of copper and building materials during World War I,  Little-Cleckler Construction Company went bankrupt. Johnson Chambers Lumber Company of Athens completed the contract at a cost of $200,000. 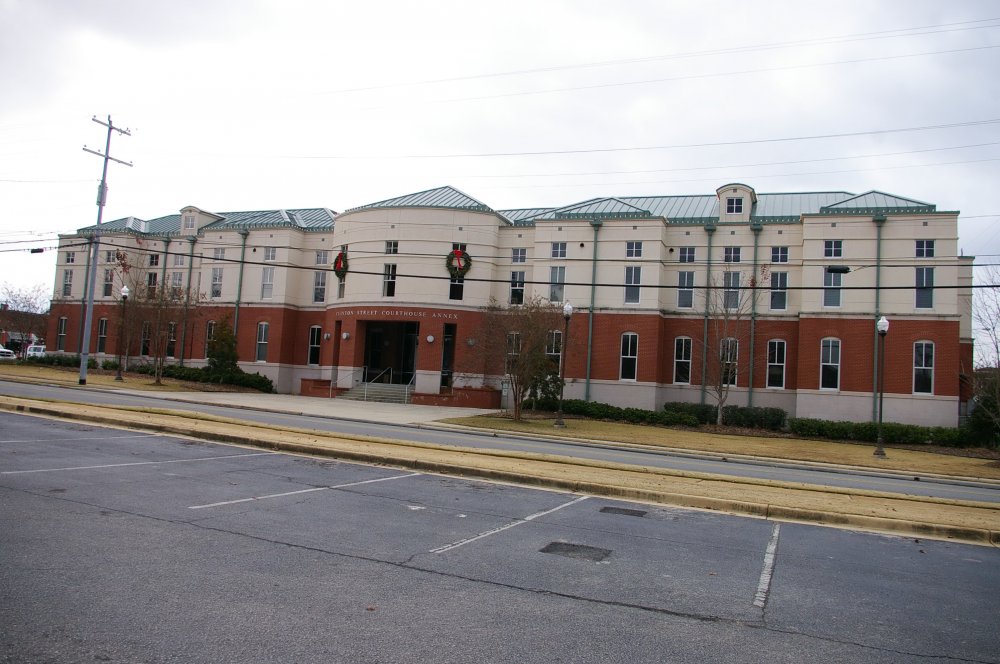 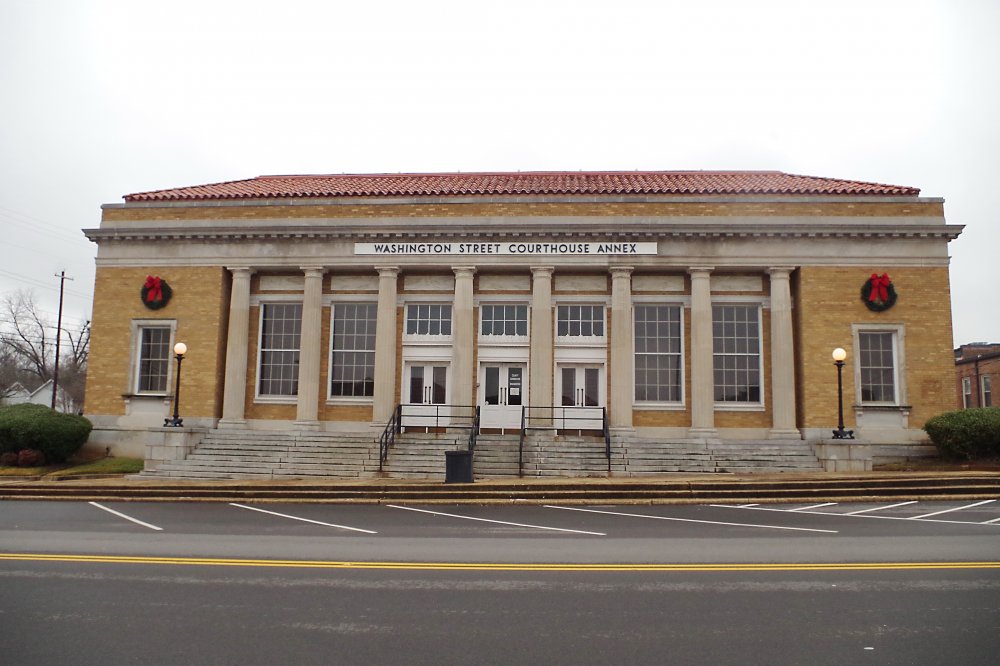 Description:  The building faces south and is a two story red colored brick and concrete structure. The building is located in the center of Athens to the west of the courthouse. The  building was constructed as a Post Office. 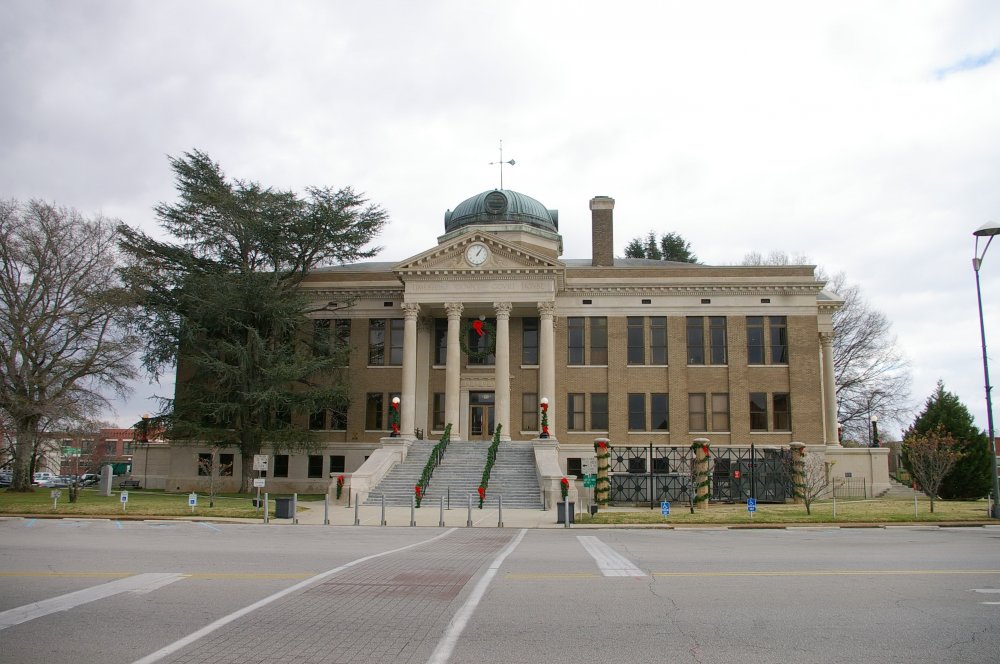 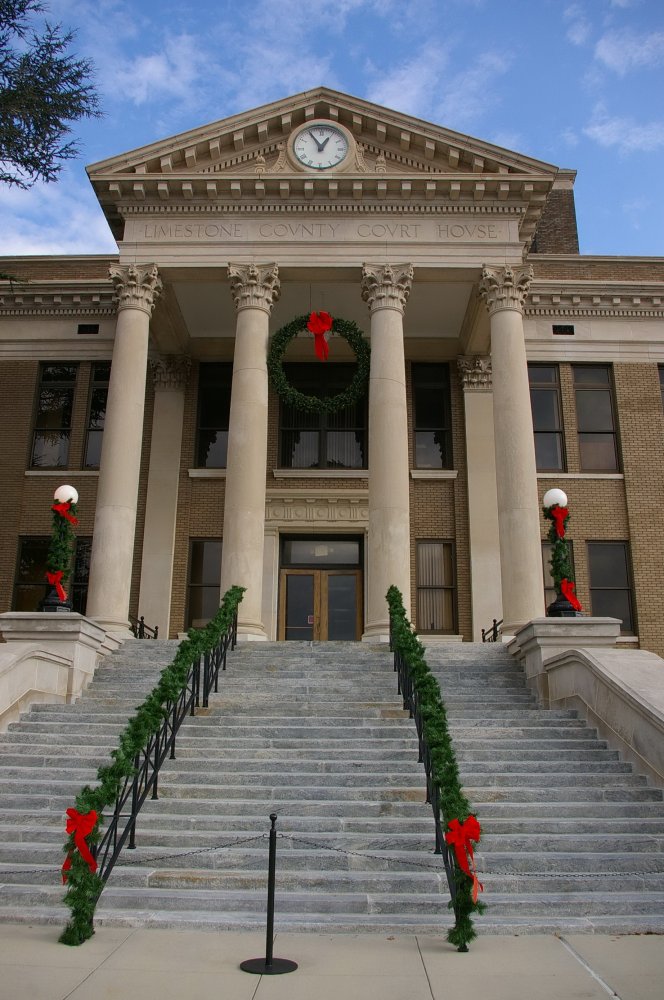 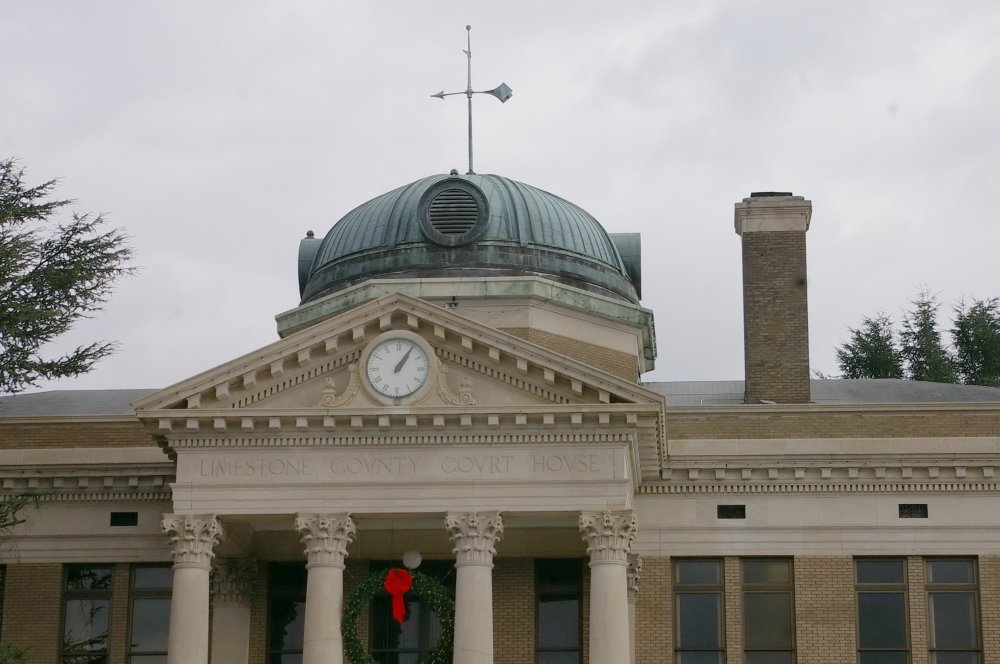 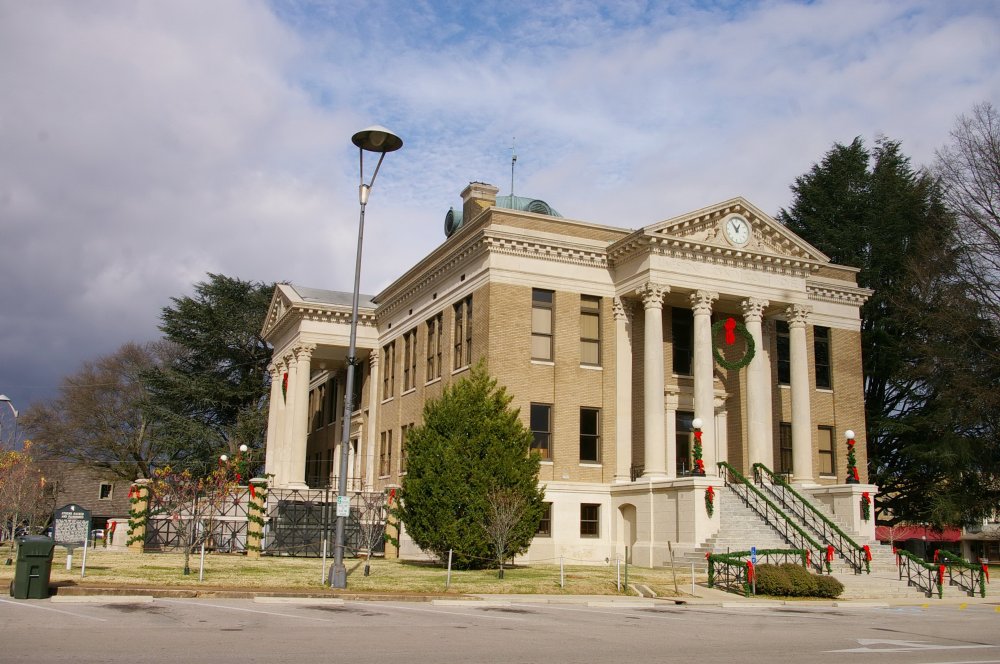 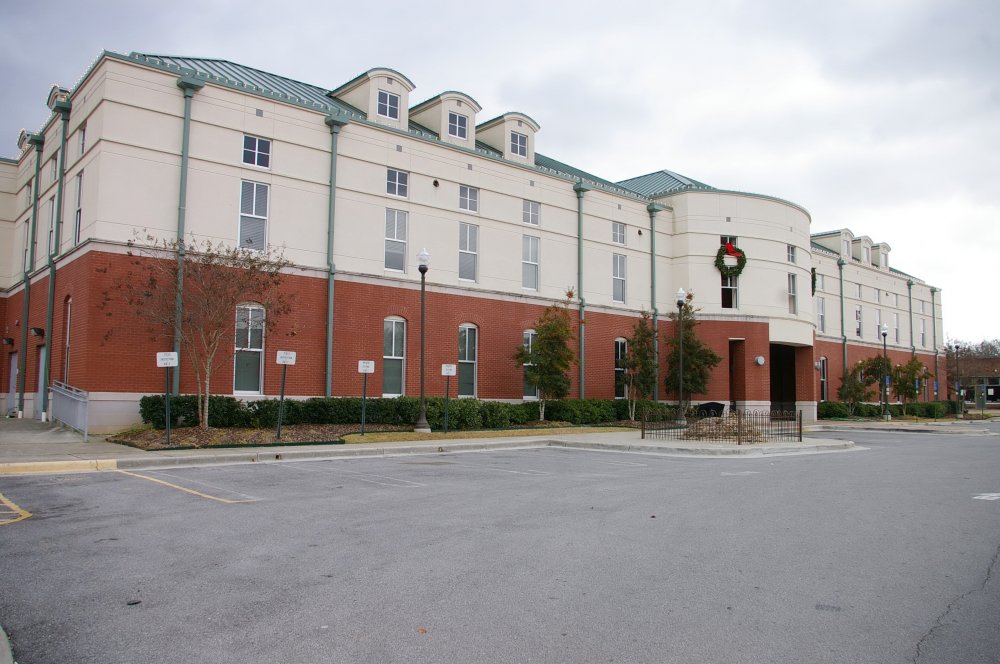 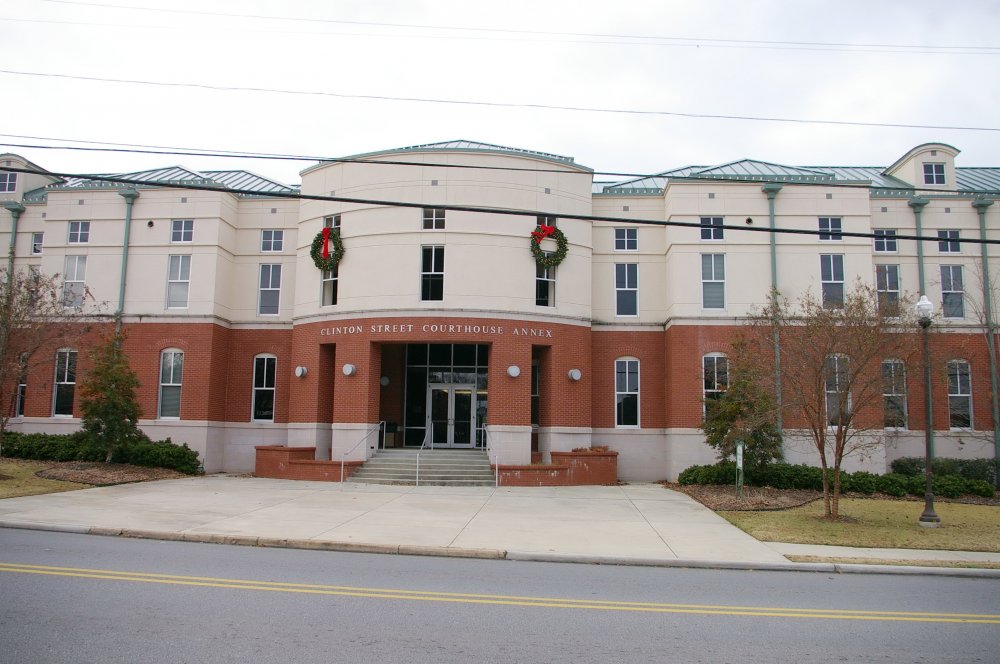 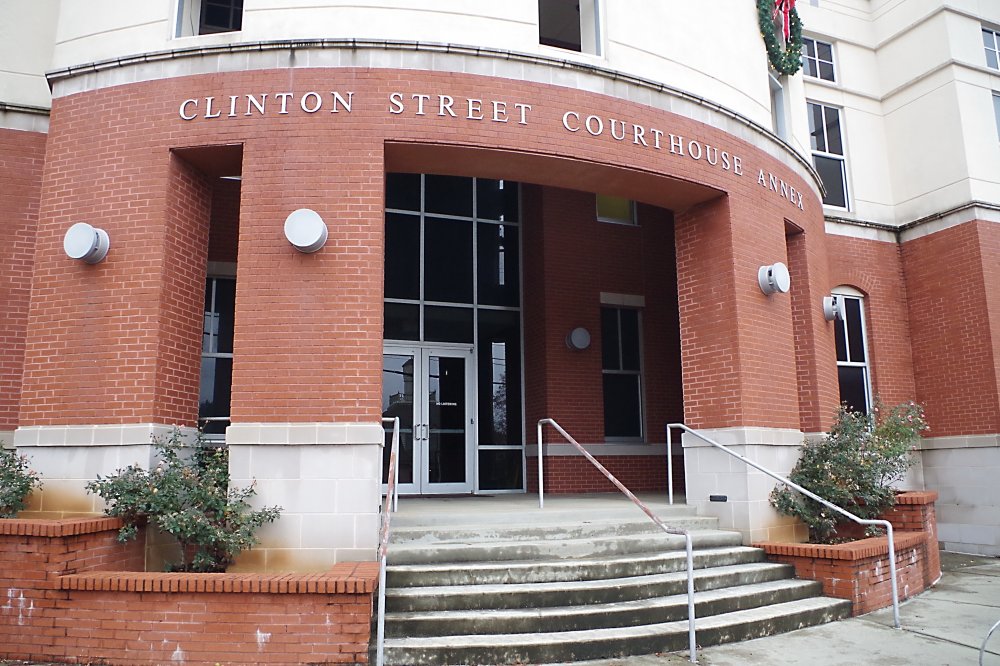