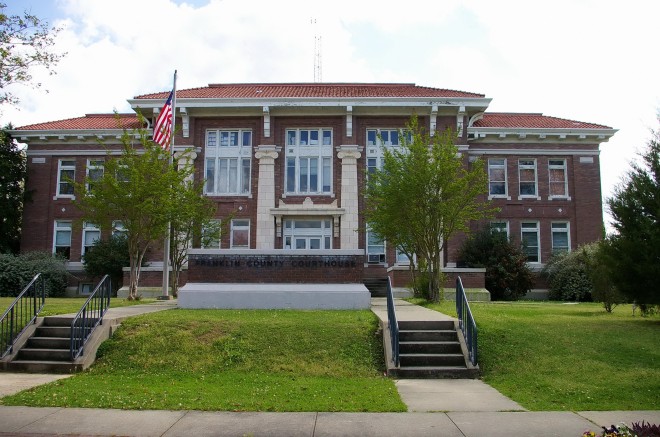 Description:  The building faces north and is a two story dark red colored brick structure. The building is located on landscaped grounds in the center of Meadville. The north front has two stone pillars on either side of the central entrance which has a stone canopy. The roof has a wide overhang and is sloped with red colored shingles. The east and west wings are recessed. In the interior, the hallway is elaborated by a series of pilasters which are linked by a molded cornice which is carried across the ceiling as a molding for exposed beams supported by the pilasters. The walls are further trimmed with molded bases having a single fascia and by a high, molded chair rail. The main stairway located in the eastern wing features a square metal newel with molded cap and decorative metal balusters. The stair makes two straight runs in an easterly-westerly direction, with a half turn at an intermediate landing before terminating downstairs in the basement and upstairs in the second story. A secondary stair leading only to the second story is located in the western wing of the building and runs in a northerly-southerly direction with two runs and an intermediate landing. The County Circuit Court courtroom is located on the second story. The building houses the County Circuit Court of the 6th Judicial District, County Chancery Court, County Youth Court and County Justice Court. In 1958, an addition was added to the south side. The architect was Overstreet, Ware & Ware and the contractor was Southern Construction Company. In 1969, the building was renovated. The architect was John Bishop Seavey and the contractor was Druetta Construction Company. 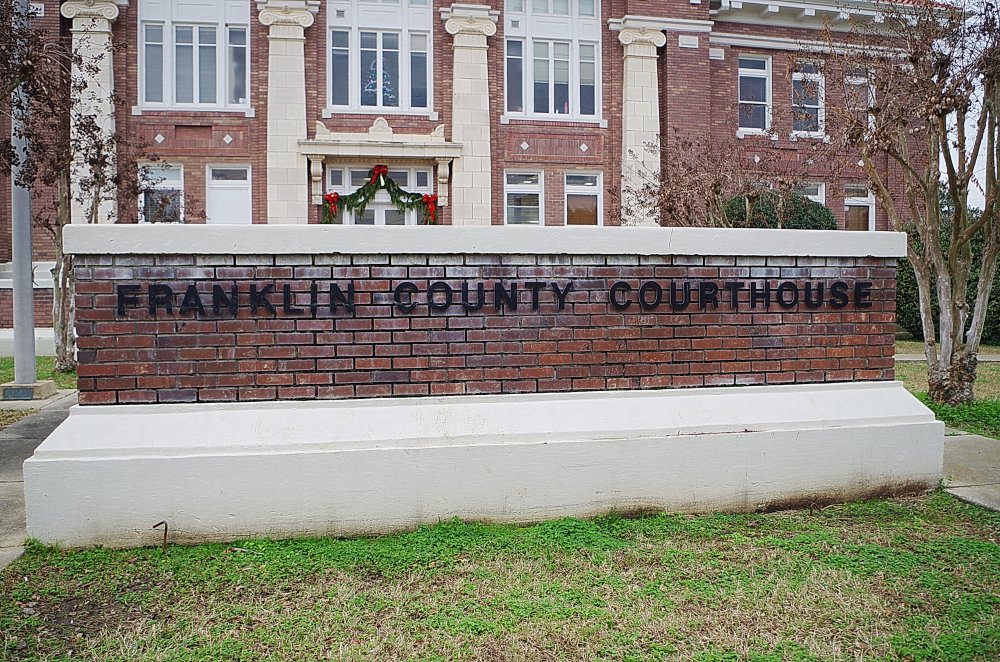 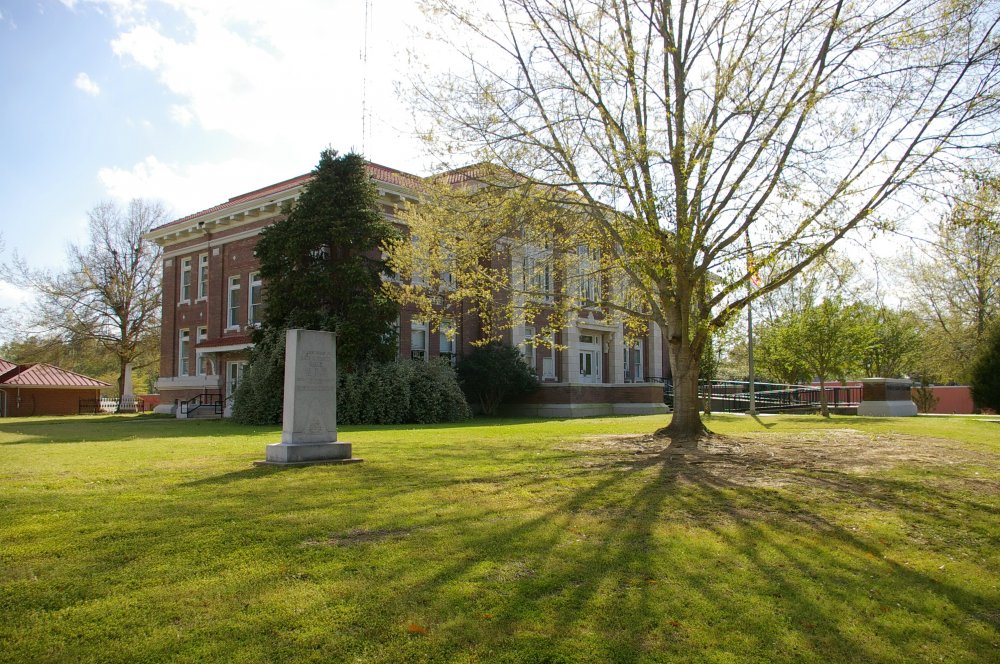 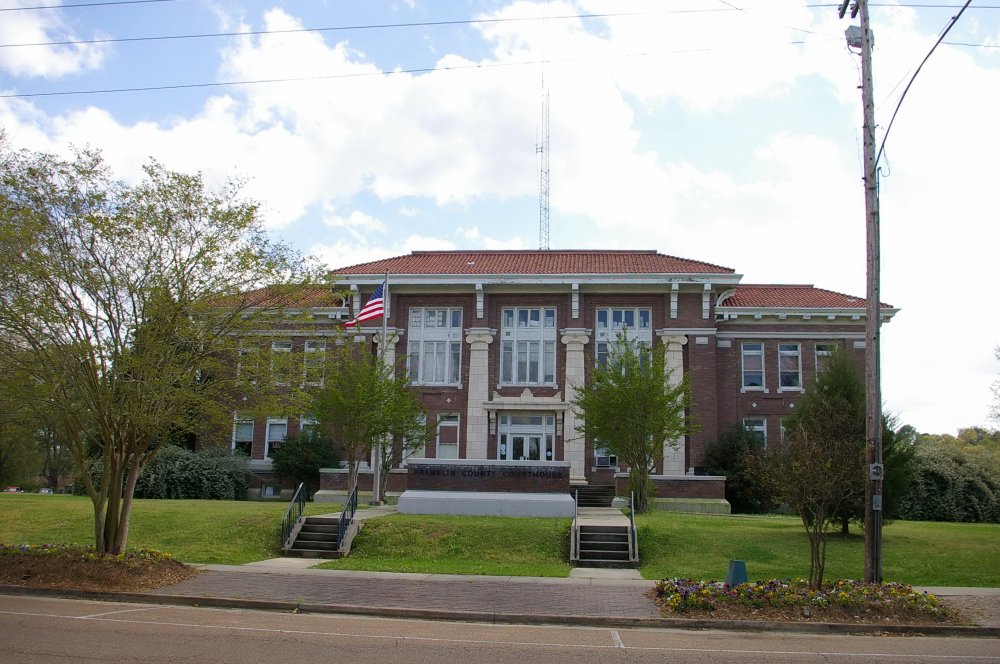 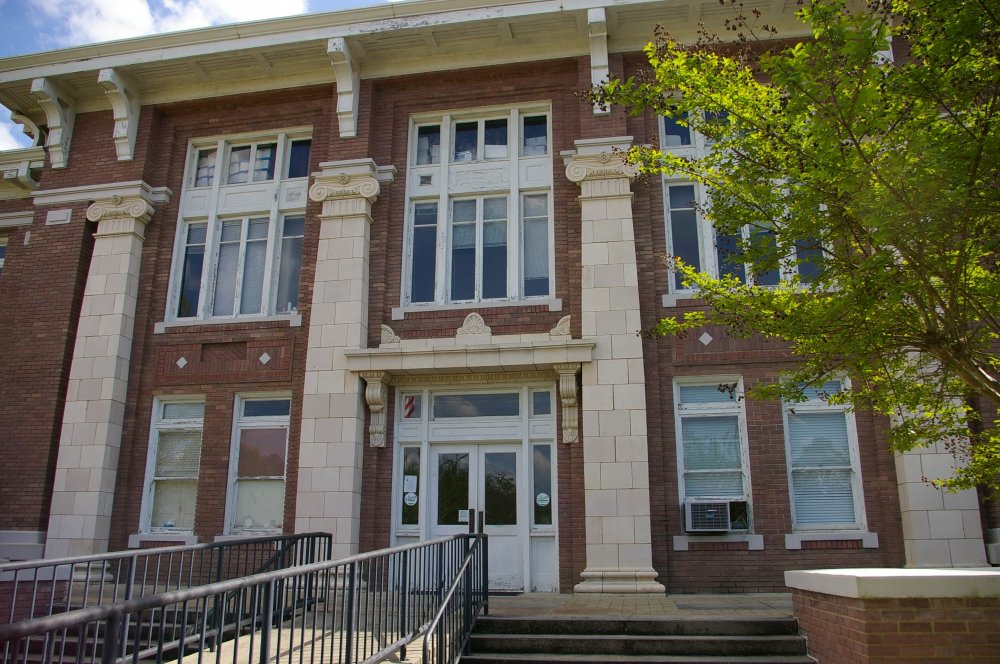 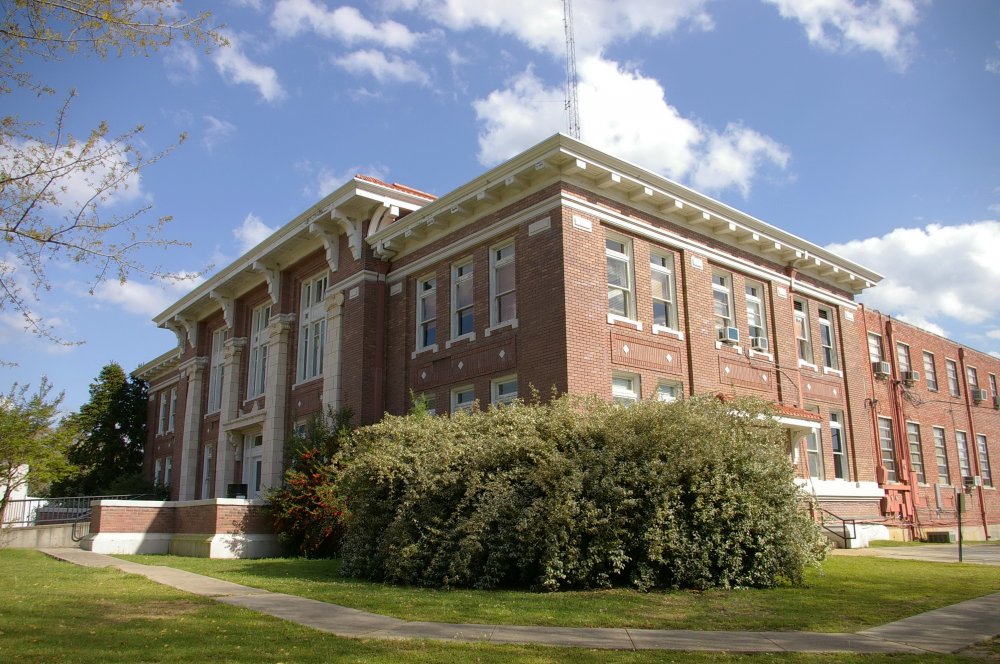 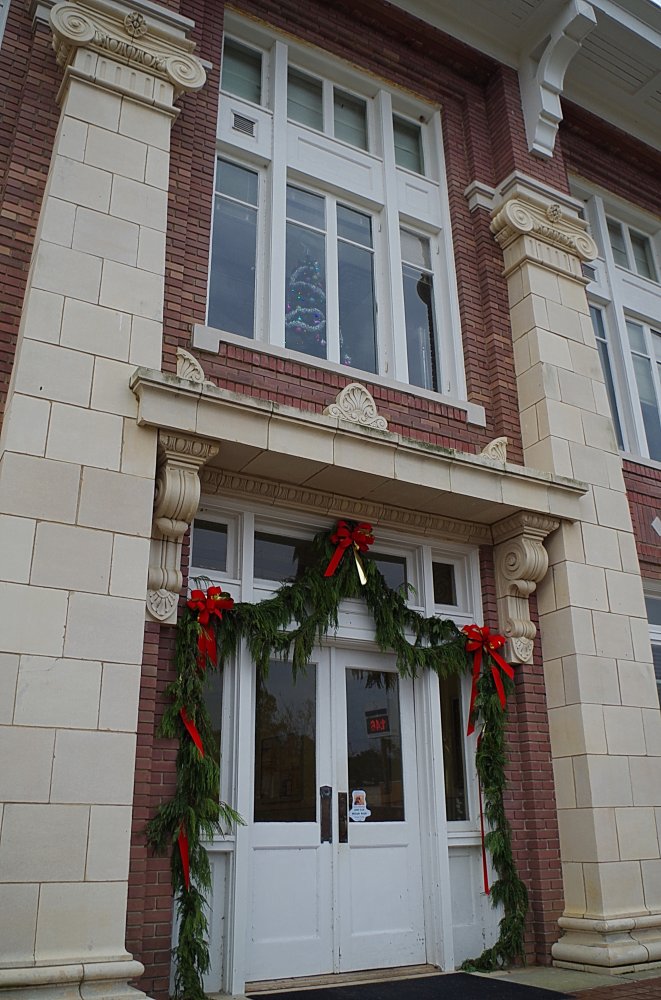 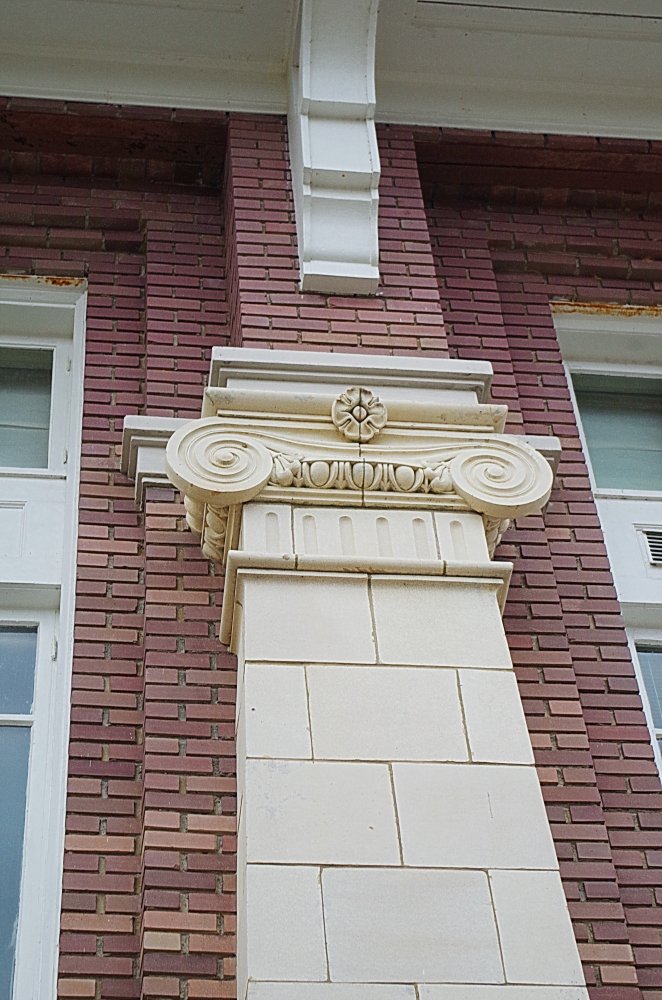 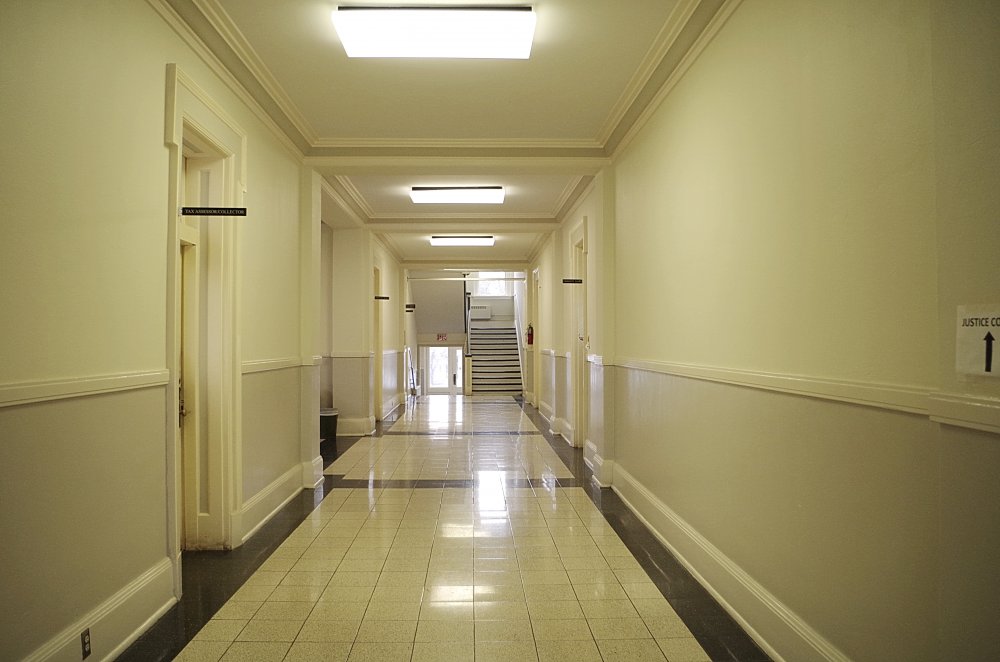 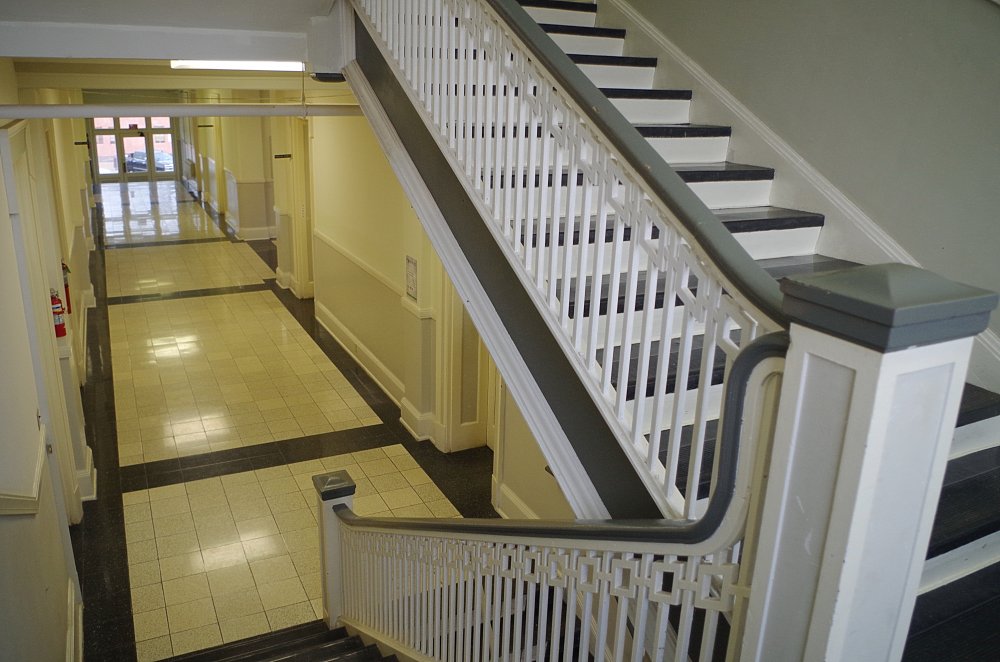 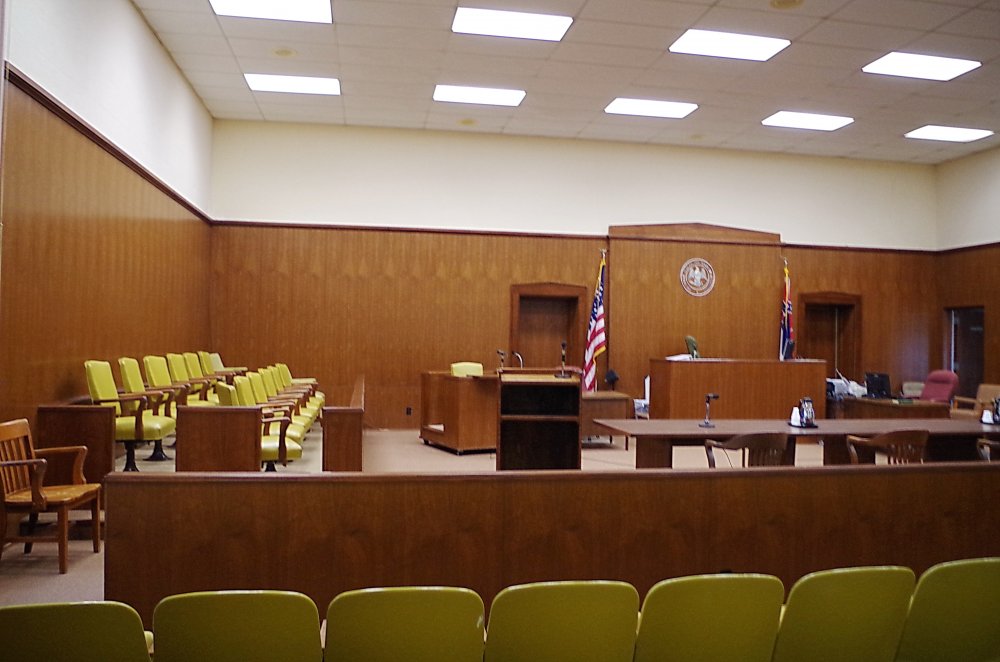