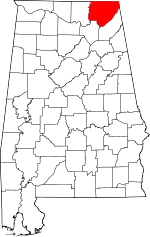 Description:  The building faces north and is a two story red colored brick and concrete structure. The building is located on landscaped grounds in the center of the city. The center section has a portico on the north and south sides supported by four columns rising to a pediment at the roof line. The east and west wings extend from the main building. On the center of the roof is a square white cupola with clock and gold dome at the top. The building houses the County Circuit Court and the County District Court of the 38th Judicial District. The building was renovated in 1954. The architect was Charles H McCauley and the contractor was Construction Engineers, Inc. In 1967 and 1968 the wings were added. Description:  The building faces south and is a one story red colored brick and wood structure. The rectangular shaped building is located on landscaped grounds in the center of Scottsboro to the west of the courthouse. The building has a hipped roof and was rented to house the county records moved from Bellefonte. The building served as the courthouse until 1871. The building was moved to the Jackson County Heritage Museum. 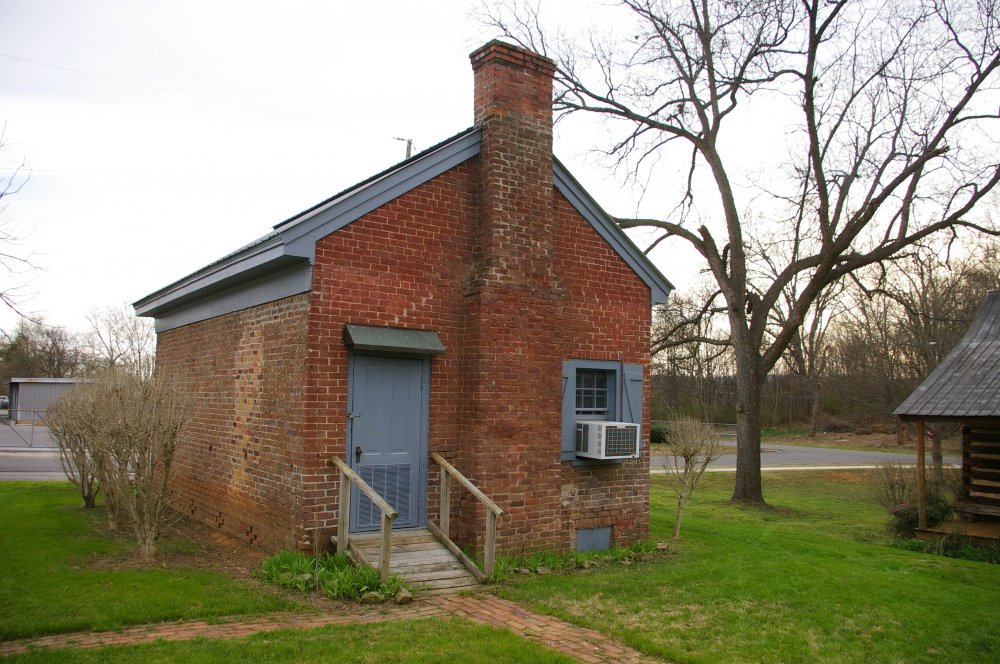