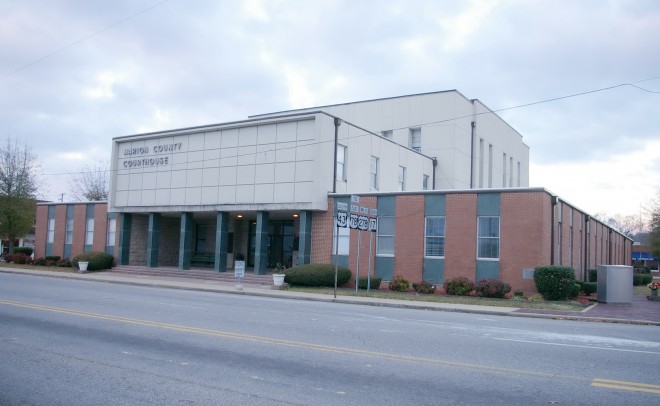 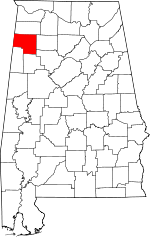 Description:  The building faces east and is a three story red colored brick, stone and concrete structure. The building is located in the center of Hamilton. The center section rises to three stories with one story wings on the north and south sides. The east front has a recessed porch with six pillars supporting the second story above. The wings have vertical window panels and red brick walls. The roof line is flat. The building houses the County Circuit Court, County District Court and County Probate Court of the 25th Judicial District. The building is a remodel of the 1901 sandstone building built by F M Dobson and remodeled in 1940. The building was remodeled in 1959 to 1960. The architect was Charles H McCauley and the contractor was Renfroe Construction Company. 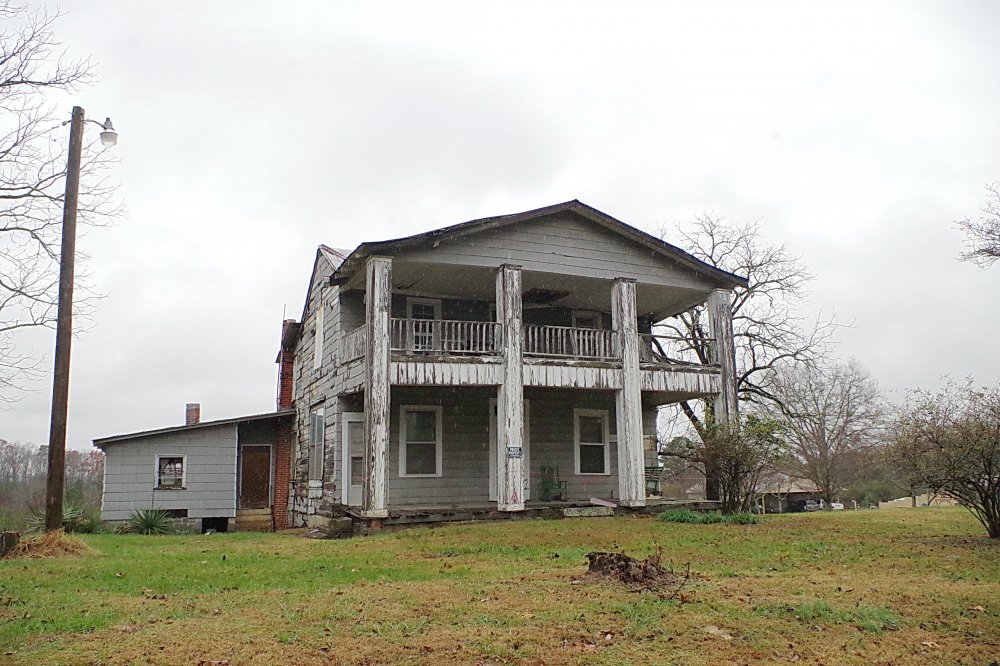 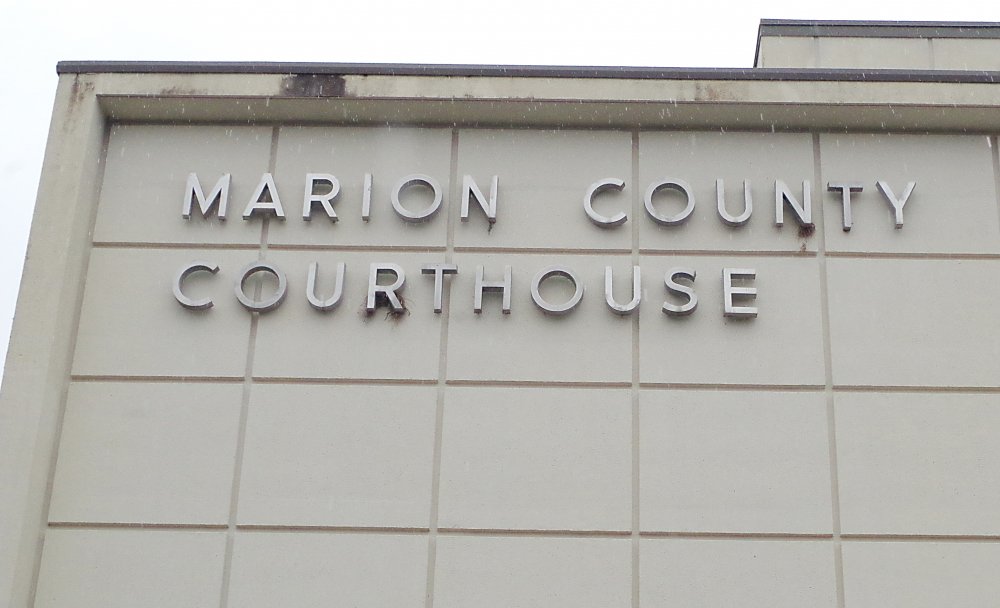 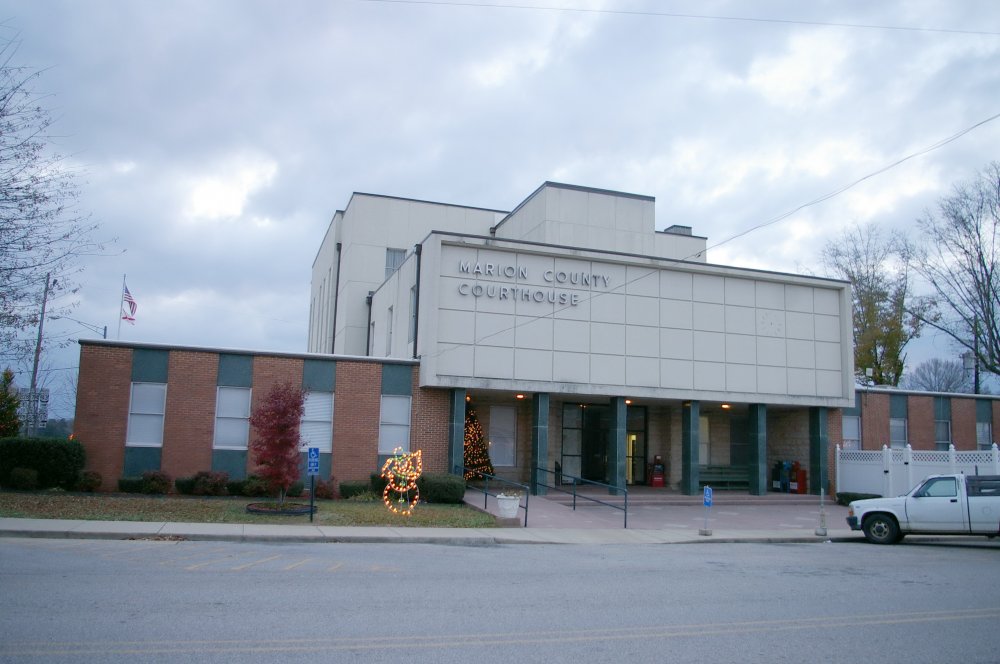 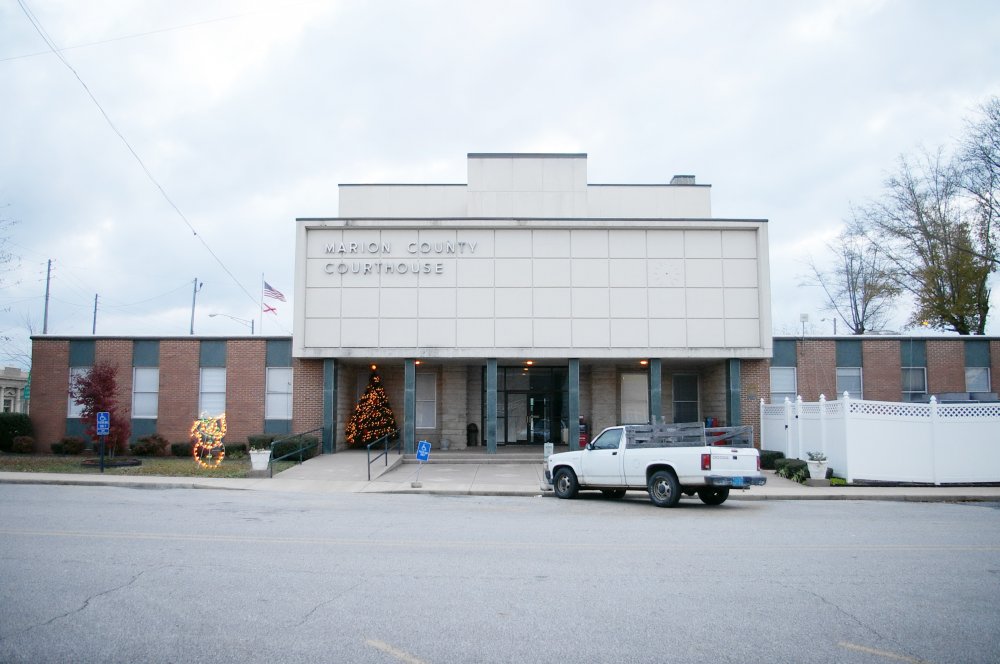 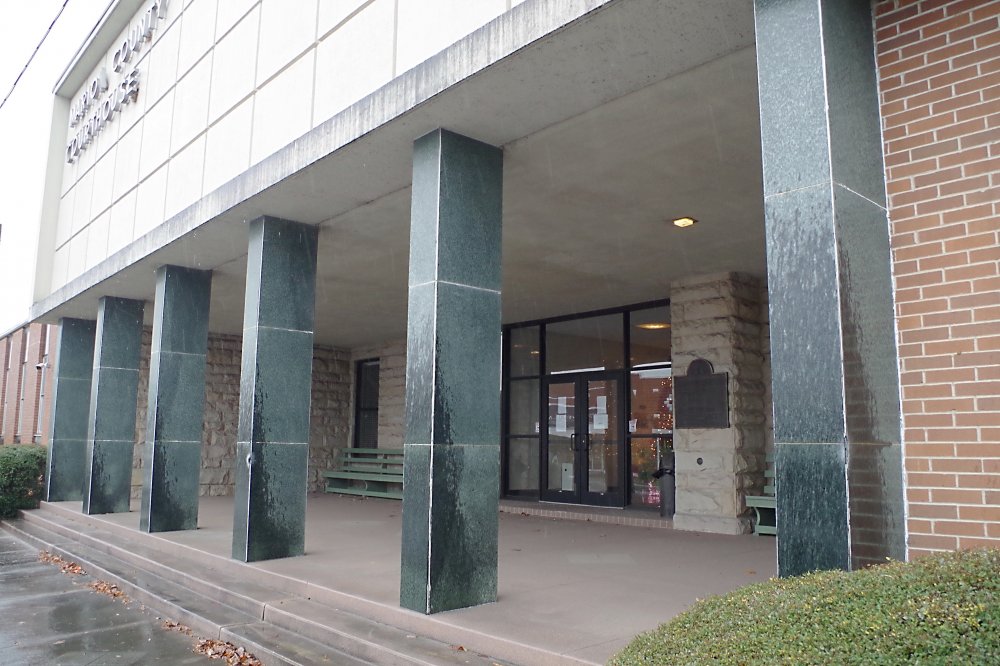 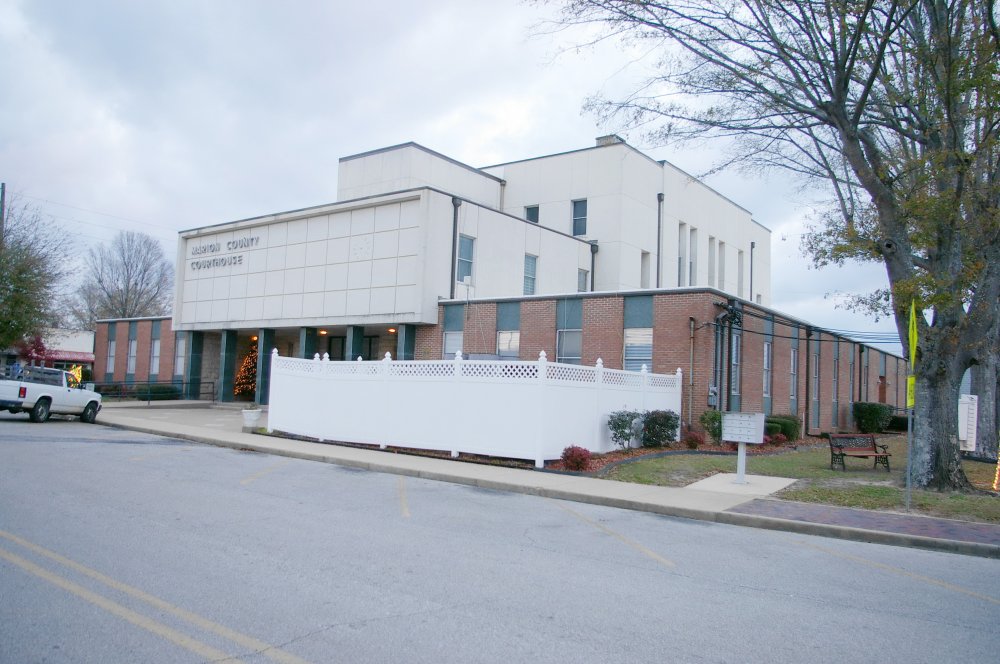 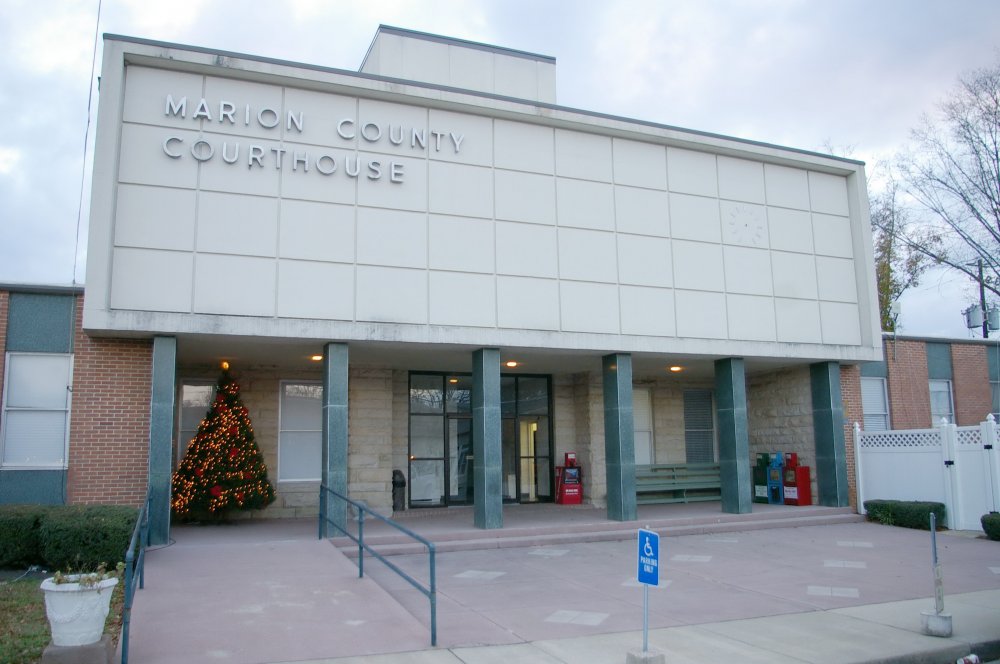 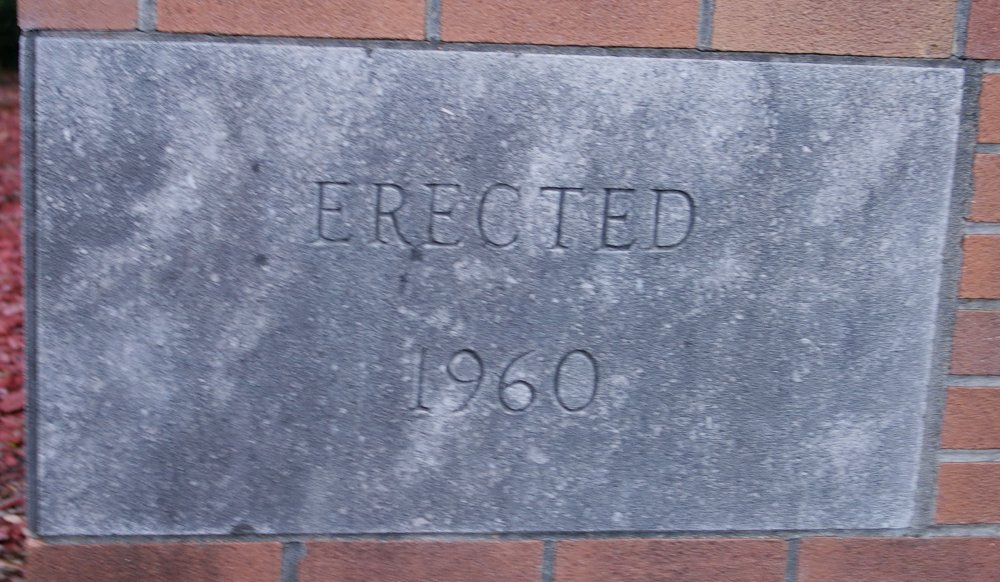 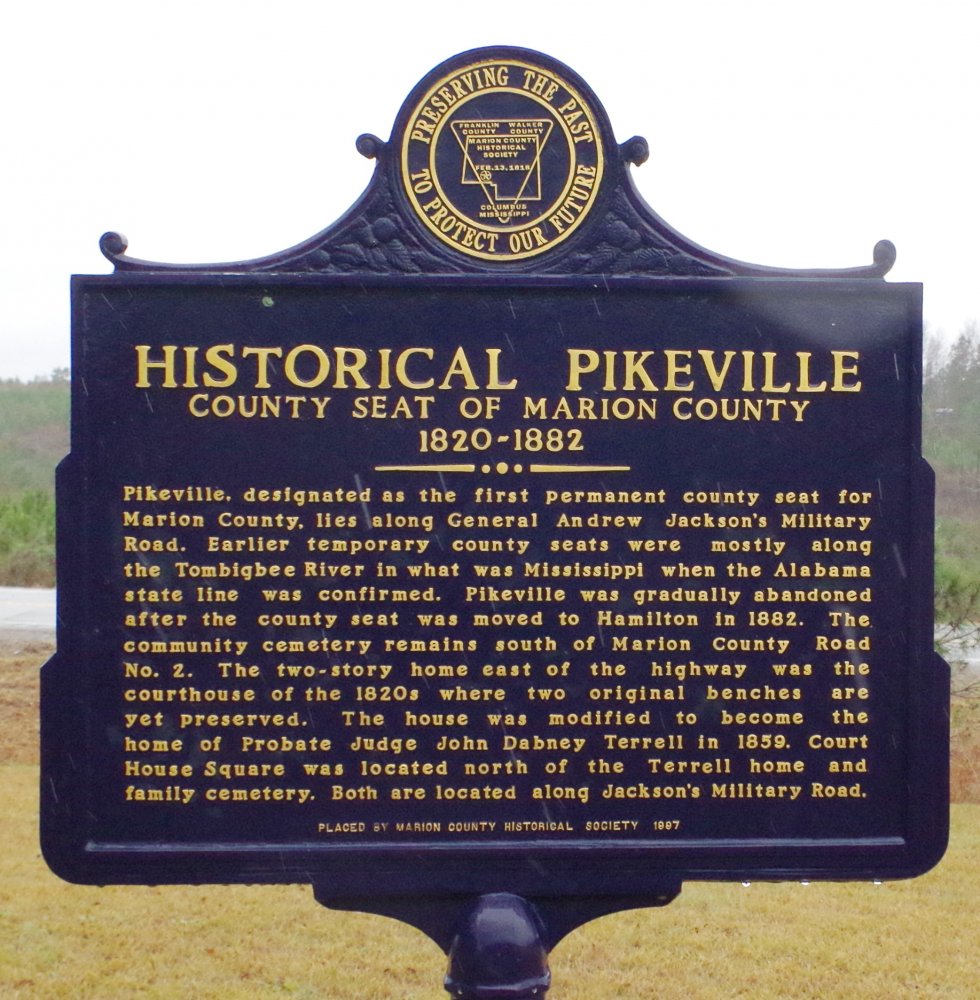 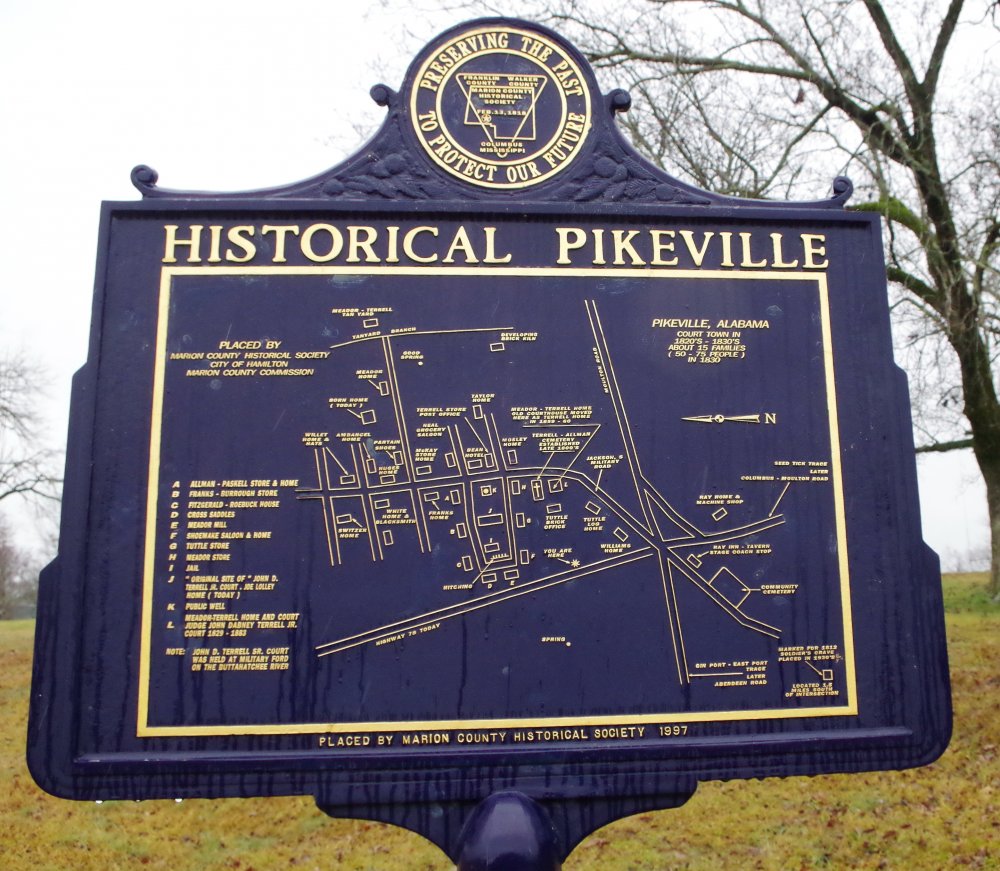