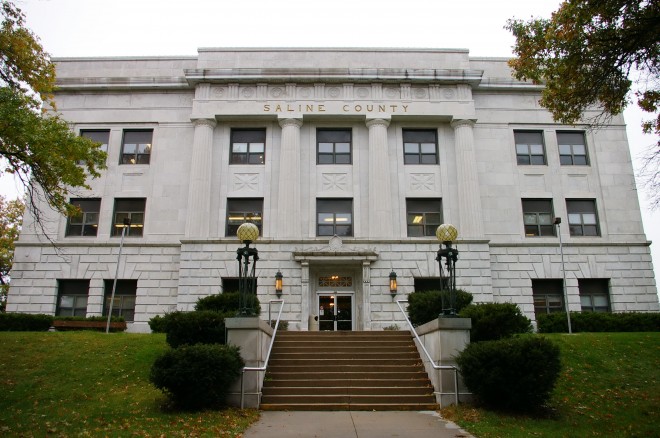 Saline County is named for the numerous salt springs found in the area.

Description:  The building faces south and is a three story gray colored Carthage stone and concrete structure. The rectangular shaped building is located on spacious landscaped grounds in the center of Wilber. le structure. The rusticated stone gives the appearance of a raised basement, but entrances are at grade. The building is faced with Bedford limestone on all sides. Decorated pavilions on all but the north side calls attention to the three entrances. The east facade is the primary facade and therefore has rounded fluted engaged Doric columns and a more projecting pavilion. The south front has a projecting center section with stone framed central entrance on the first story and four columns rising from the second story to a wide header at the top of the third story. Each side of the building has a similar center section. There are decorated panels between the second and third stories for all the rectangular windows. A wide cornice runs below the flat roof line. In the interior the floor plan is “T” shaped. Costly materials adorn the interior: grey marble for staircases, railings, mopboards, and wainscoting, ornate plasterwork, and attractive dark woodwork. Marble stairs at the west end of the corridor ascend to the second and third stories. The courtroom is located on the east side of the third story and has paneled walls of deep walnut finish and high ceilings. Heavy moulded semicircular broken pediments are placed above doors and windows, and there are attractive original hanging lights, and a particularly fine rounded judge’s bench with original lights. The building houses the County District Court and County Court of the 1st Judicial District. In 2016 to 2017, an addition was constructed on the north side. The architect was Berggren Architects and the contractor was Cheever Construction. On the southwest side is the two story stone jail built in 1929. 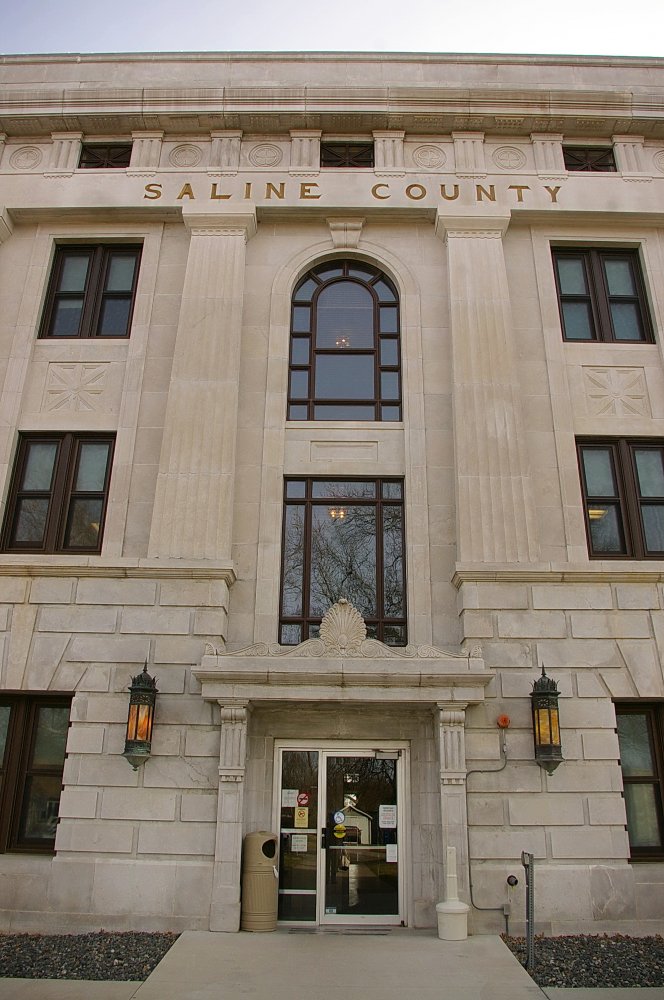 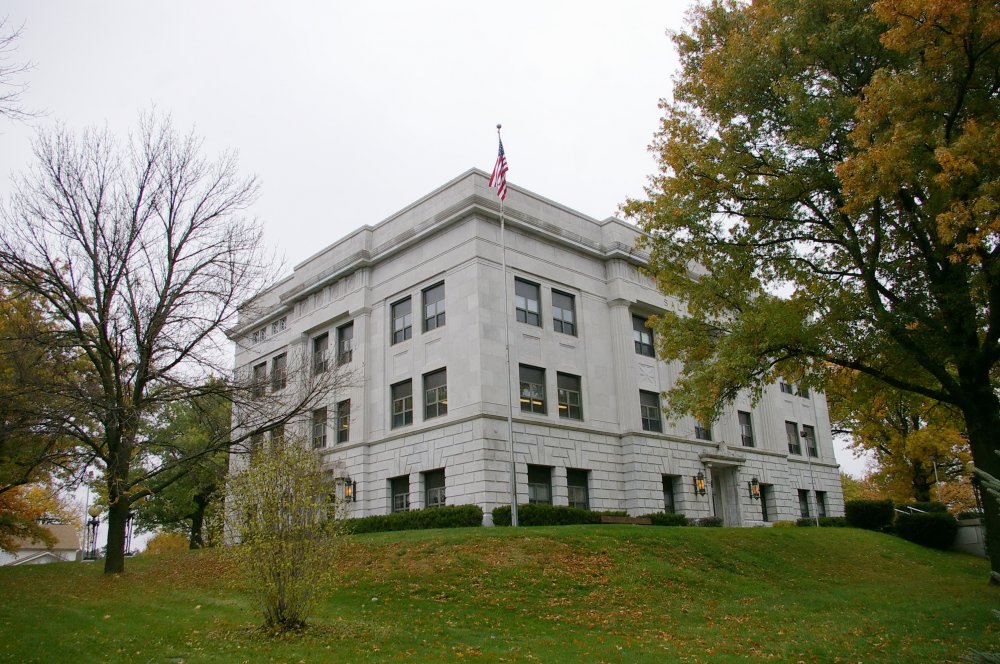 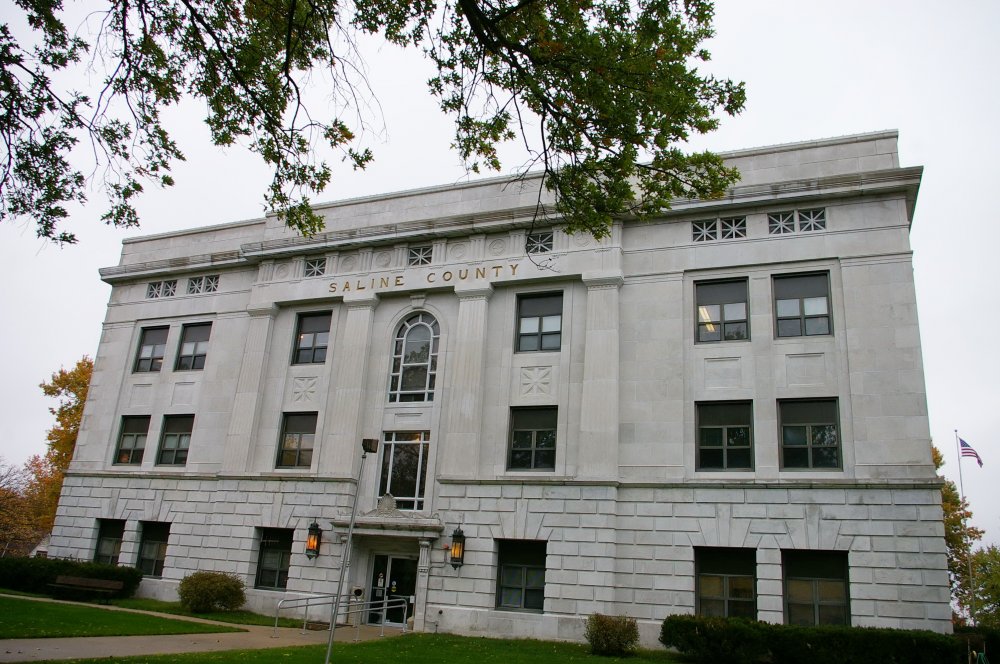 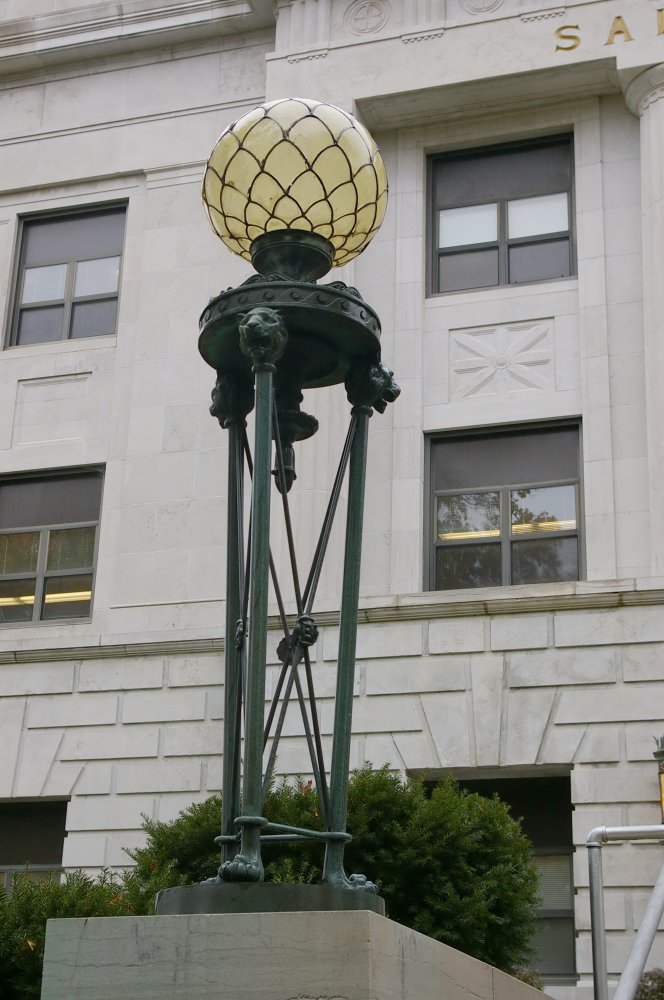 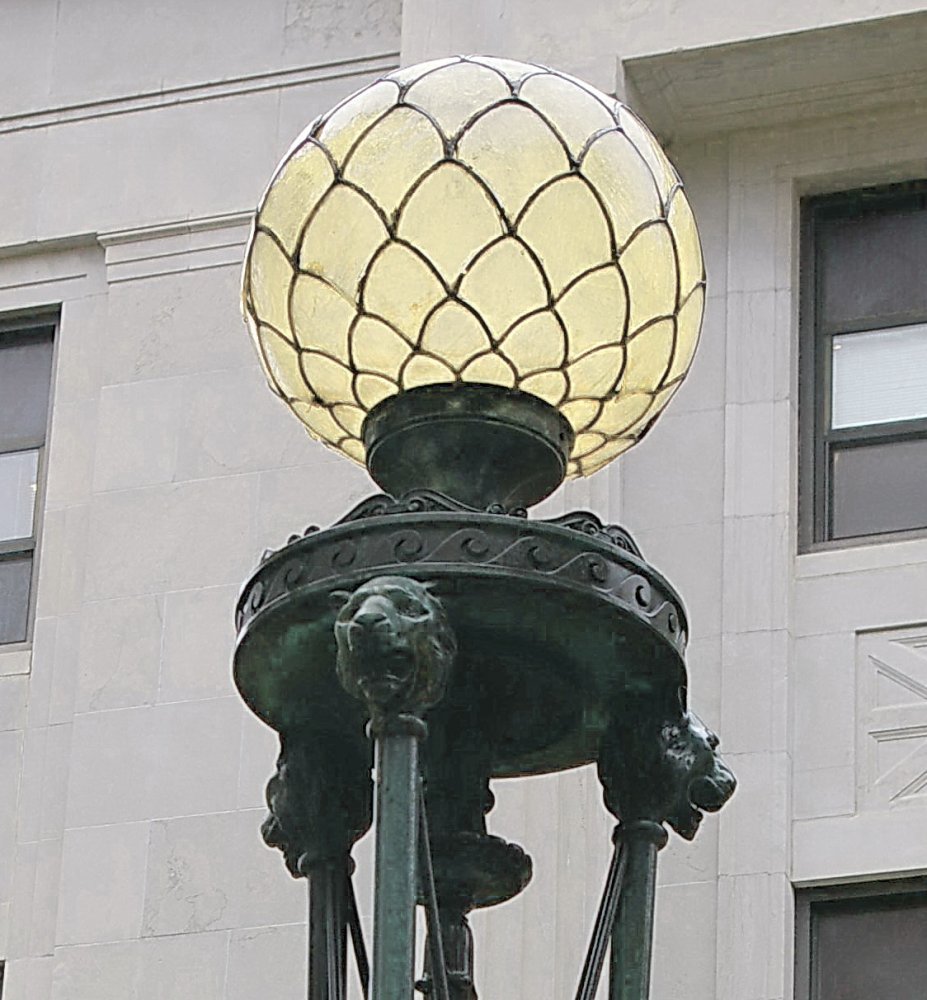 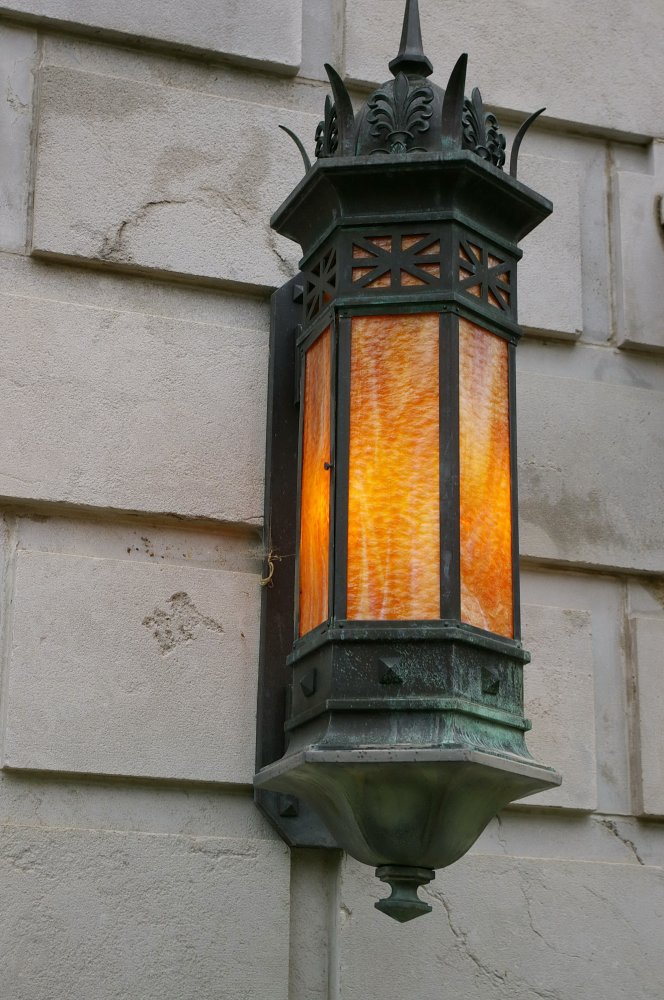 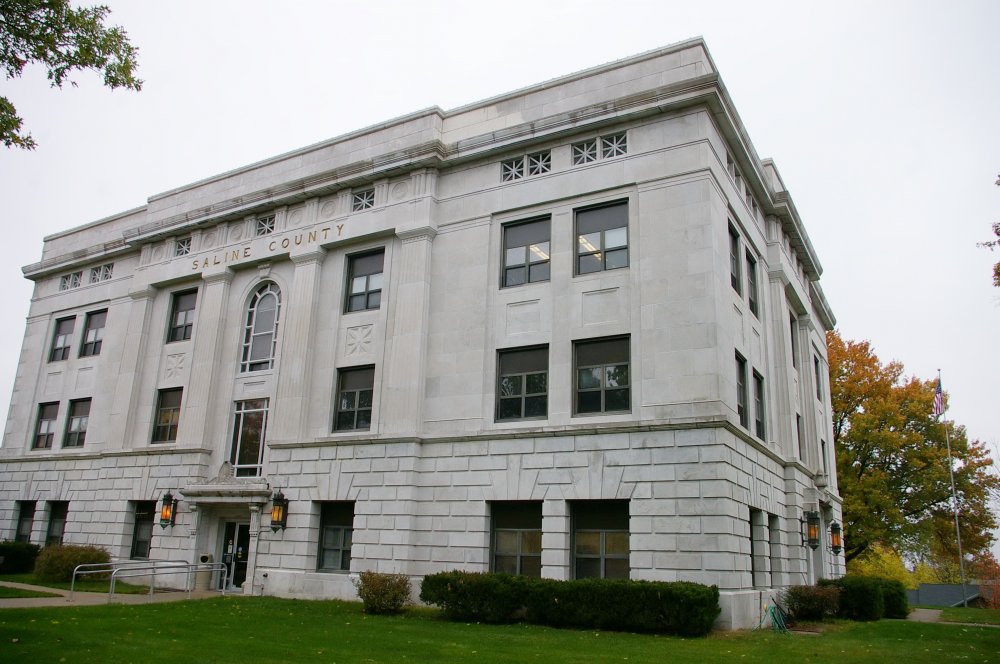 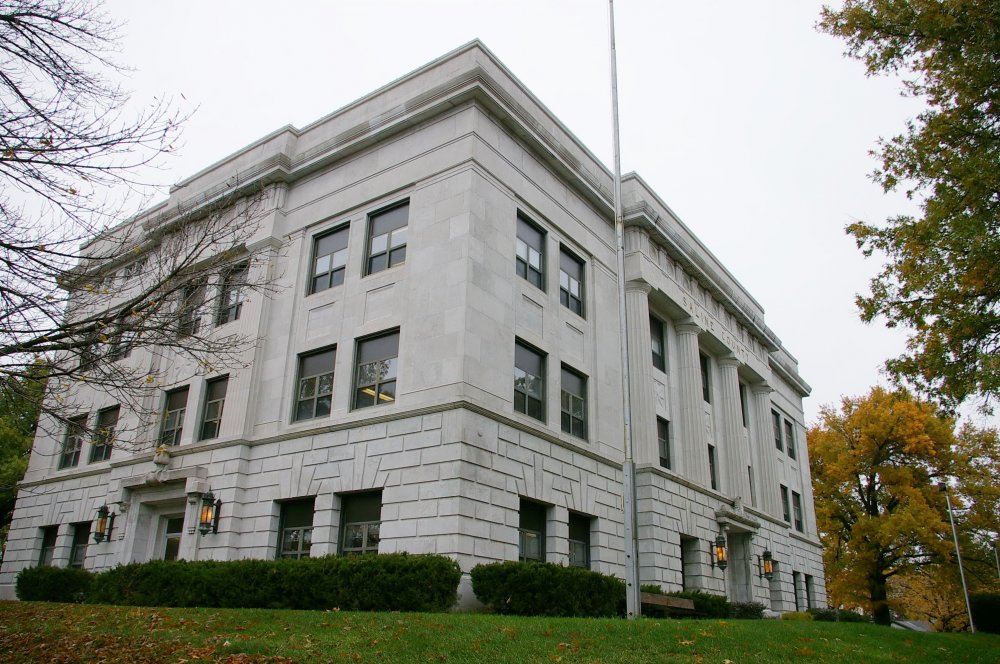 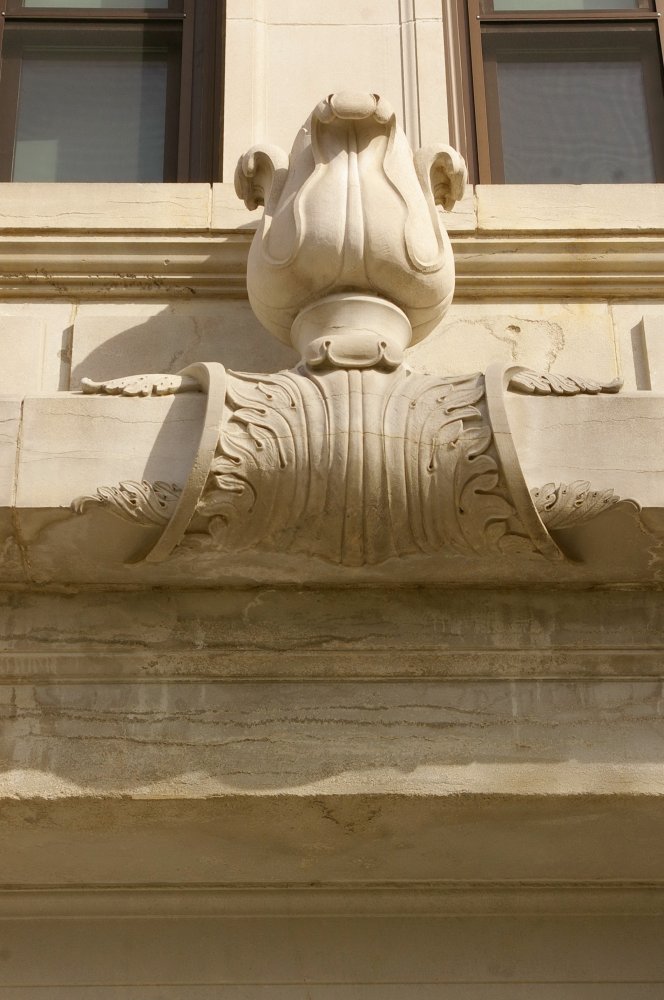 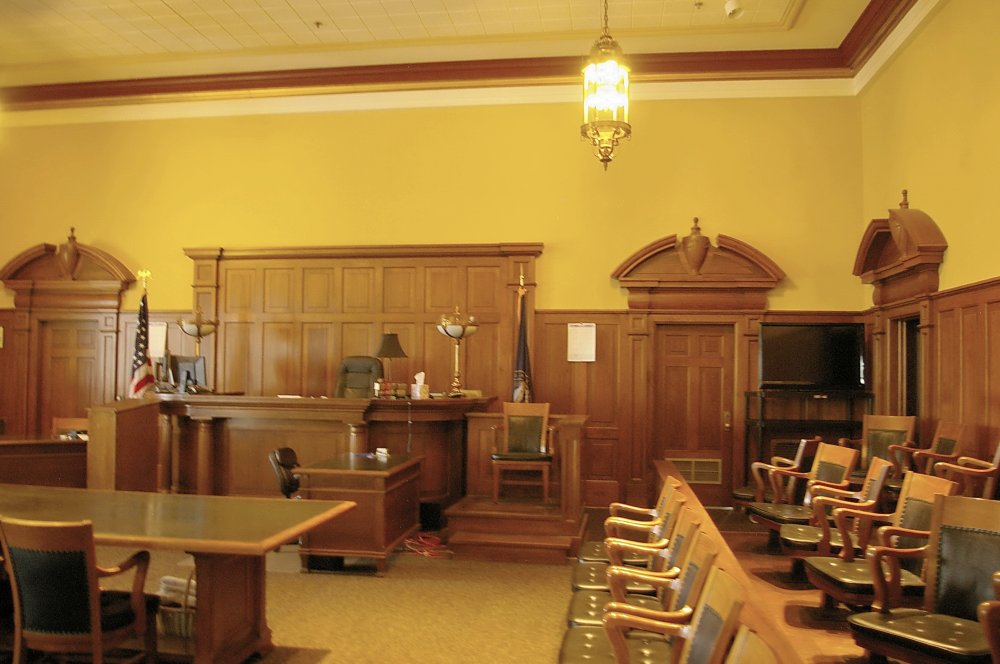 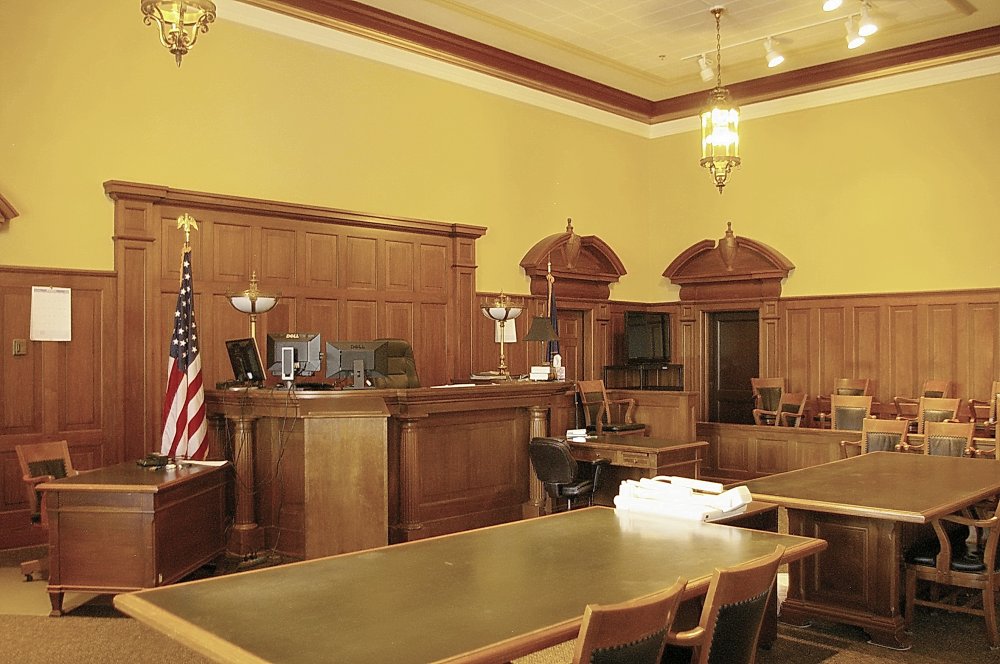 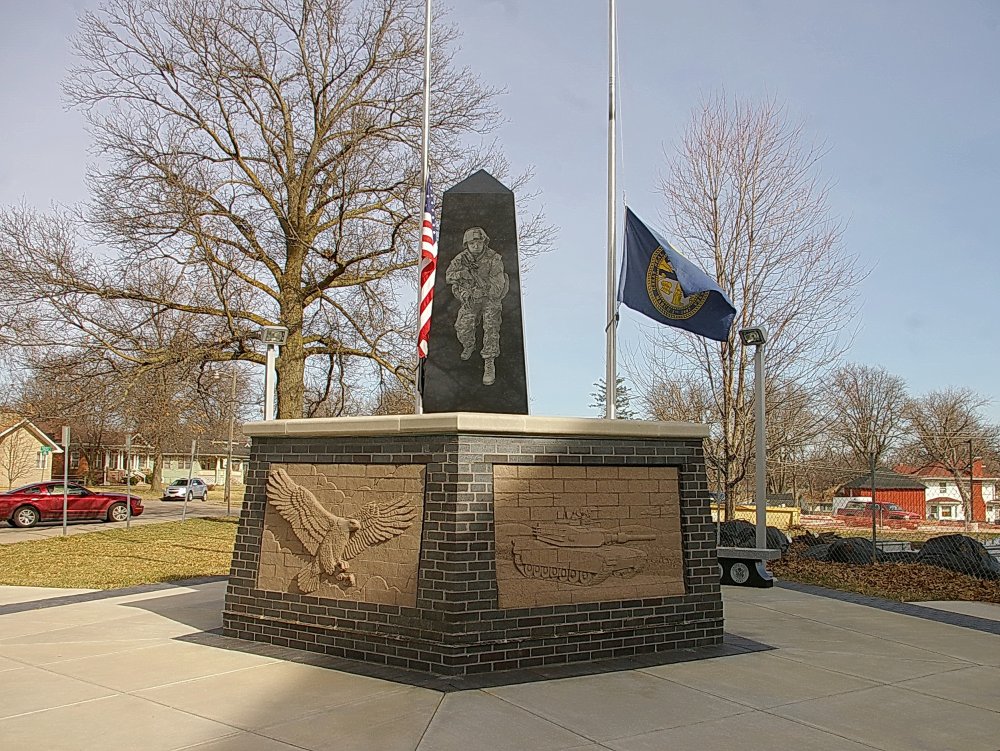 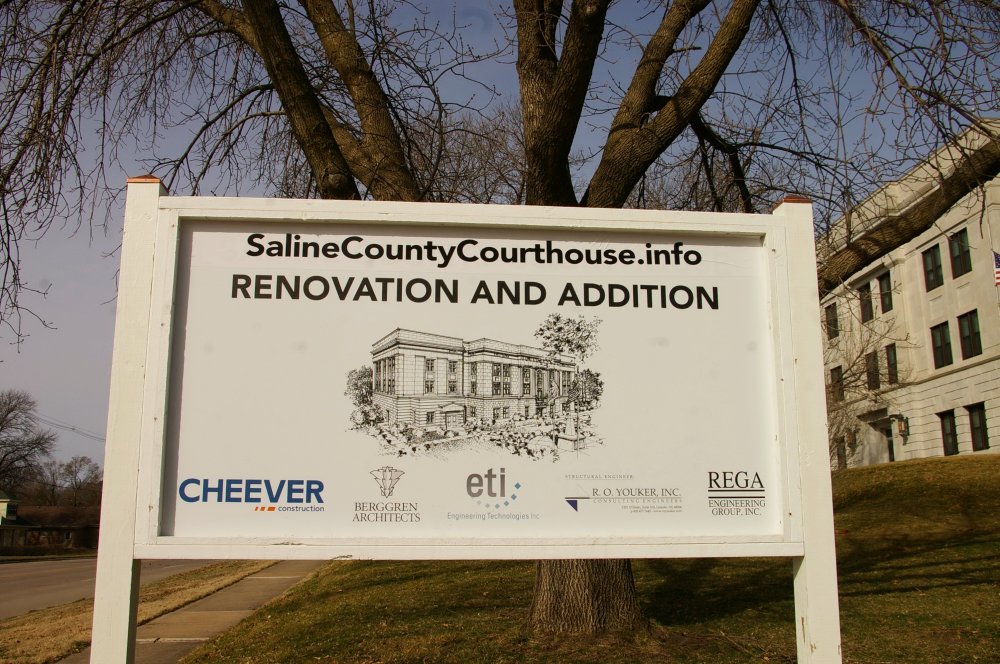