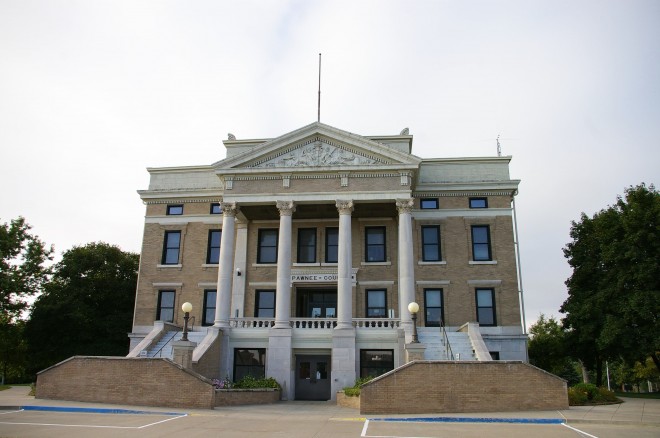 Pawnee County is named for the Pawnee Native American tribe who resided in the region.

Description:  The building faces north and is a three story buff colored brick, limestone and concrete structure. The building is located on landscaped grounds in the center of Pawnee City. The rectangular shaped building has a large portico on the north side with four large columns rising from the second story to the third story. Attractive stone balustrades separate the columns. Behind the two end columns are squared pilasters. A rather delicate feature of the portico are the terra cotta allegorical figures and symbols located within the triangle of the pediment. Two bearded men in togas holding a shovel and a pitchfork are flanked by women with baskets of apples and other produce and symbolize agriculture and the fertility of the county. The centered torch likely refers to the enduring nature of county government and democratic ideals. Stairs rise on the east and west to the main first story entrance above the raised limestone basement which has three square openings. The roof line is flat. In the interior, the central hallway on the first story is cross-shaped with the east and west halls being short. To the north is a long vestibule, and on the south are stairs to the upper stories. Original interior features include hexagonal floor tile with a regularly spaced pattern in black, white, dark green, and rust and a border pattern. Also original is a quite simple brass light fixture with tulip-shaped globes in the second story hall. Grey mottled marble is used for the wainscoting while mopboards are marble with a dark grey and white swirling pattern. Stairs have metal balusters and newels. Oak woodwork is quite simple and is used around transoms and large top and side lights for some doors. The district courtroom on the second story runs nearly the length of the east facade. The district courtroom on the second story runs nearly the length of the east facade. The courtroom is quite plain. The third story contains the jail. The building houses the District Court and County Court of the 1st Judicial District.

Note:  During construction of the courthouse, county offices were moved to a former academy building in the north part of town, since the old 1869 courthouse was demolished to make way for the new courthouse,

History:  The county was created in 1855 and Pawnee City was selected as the county seat in 1856. The first courthouse was started immediately but was halted as quickly, likely due to financial problems related to the nationwide economic depression of 1857. The courthouse remained but a foundation and frame until 1860 when a storm leveled it. Finally in 1868 to 1869, the first courthouse, a two story structure was built by Curtix & Peavy on the present square. An addition was constructed in 1878.  The second and present courthouse was constructed in 1911 to 1912 at a cost of $85,000. 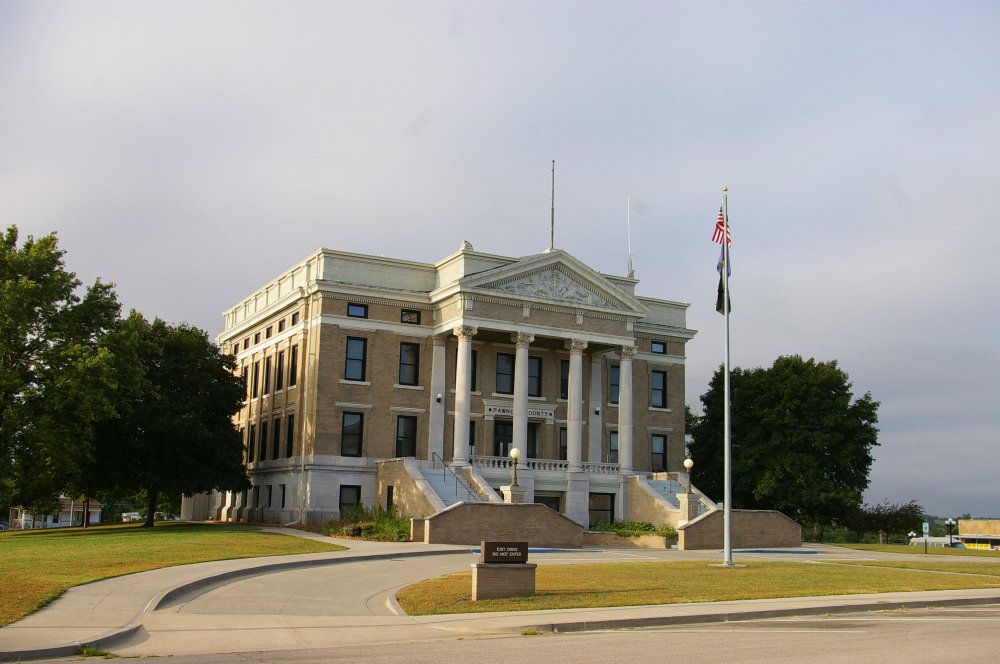 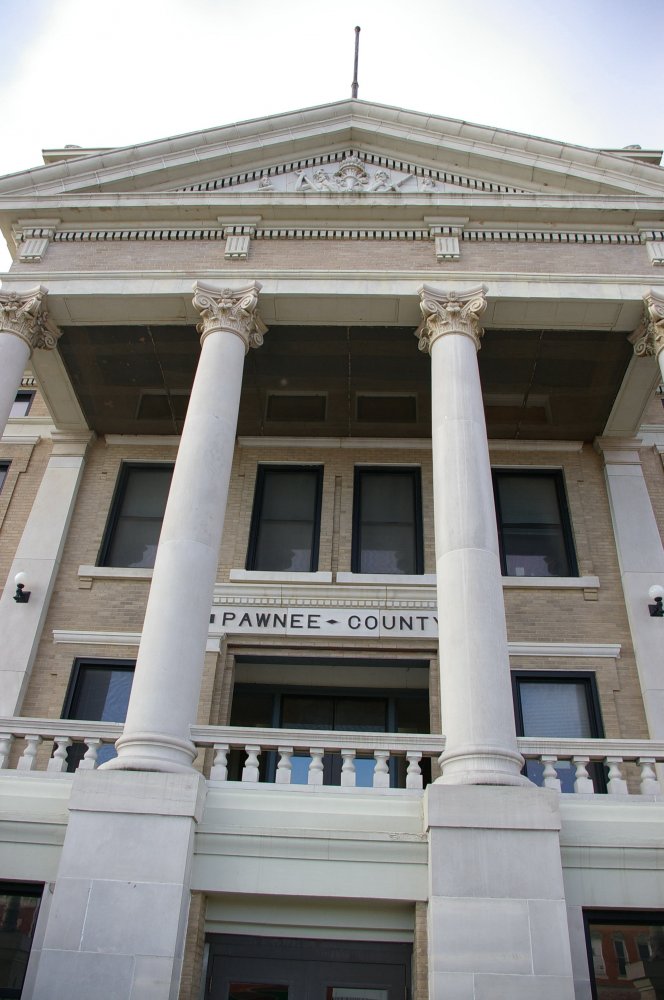 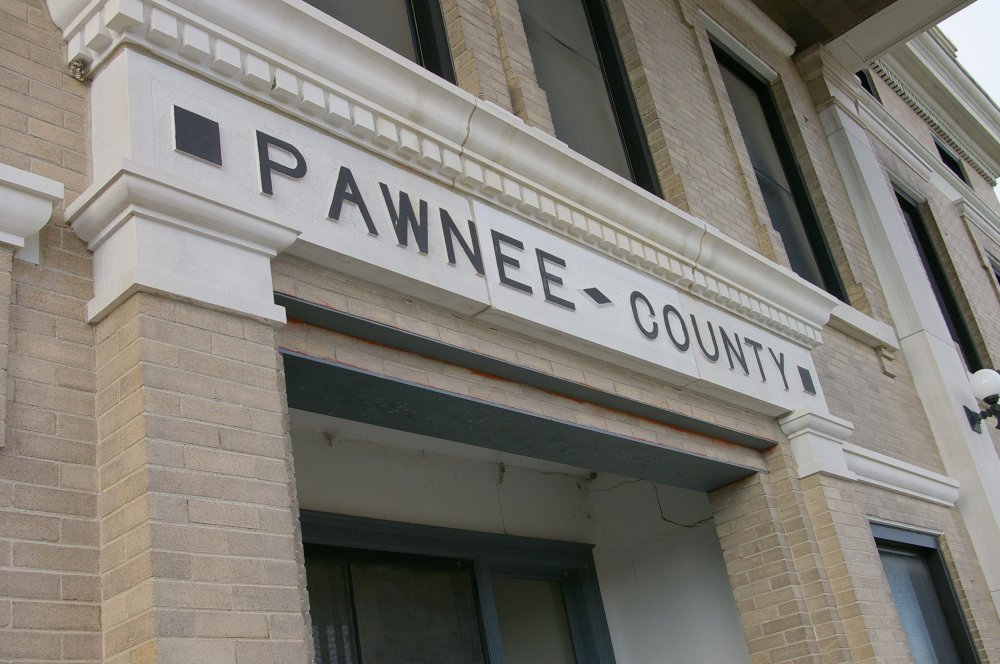 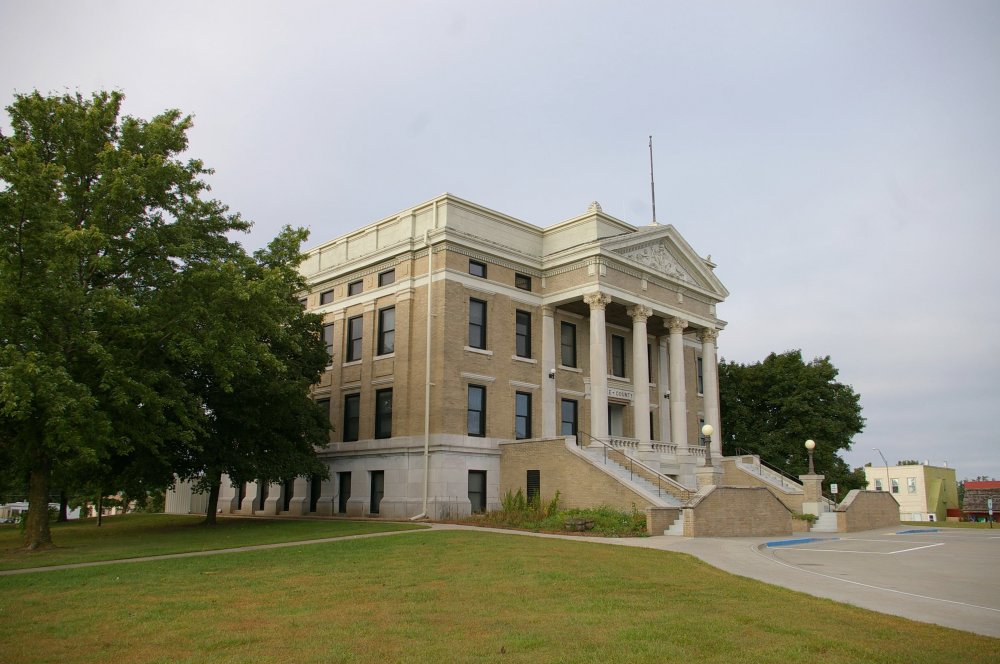 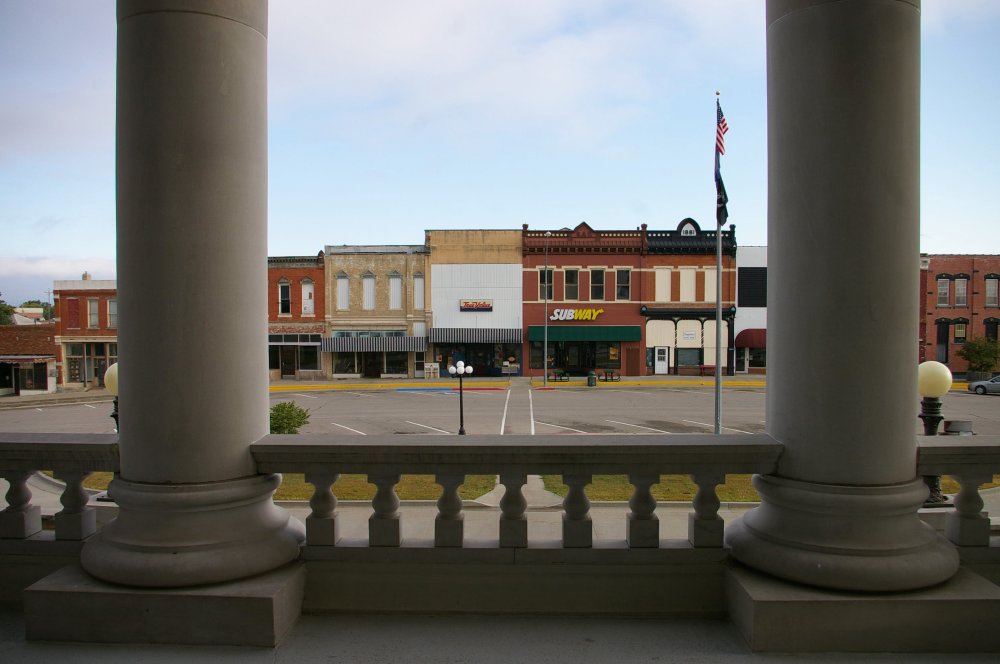 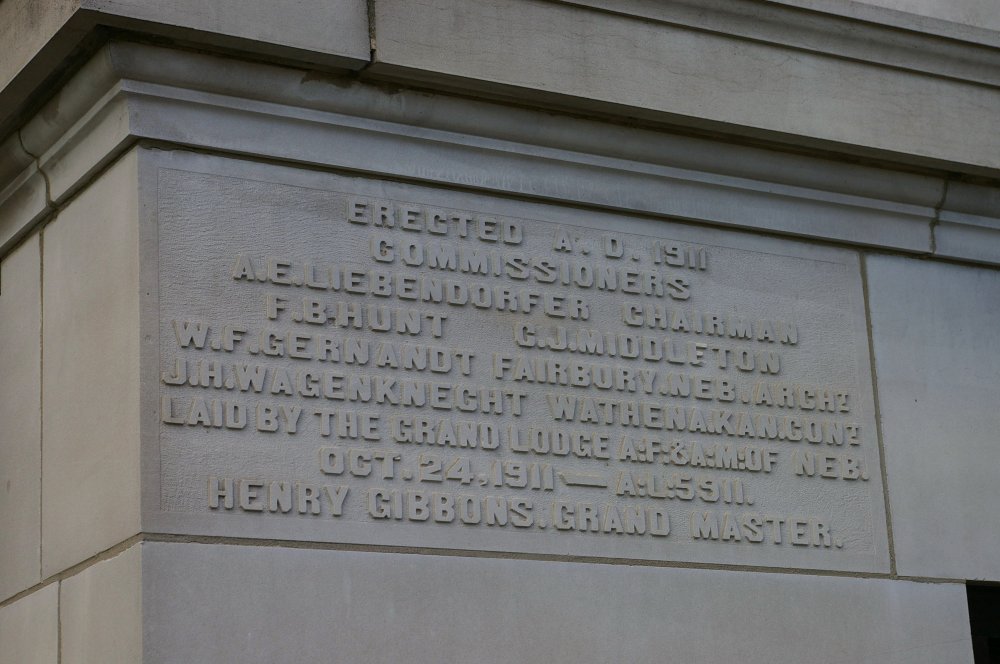