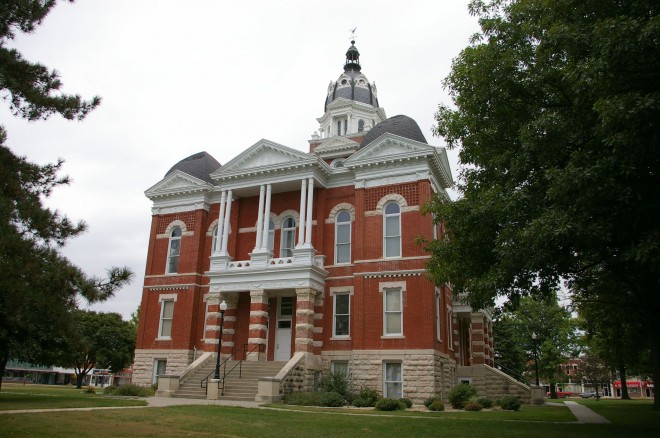 Johnson County is named for Richard M. Johnson, who was Vice-President of the United States of America from 1837 to 1841.

Description:  The building faces west and is a two story red colored brick and stone structure. The building is located on landscaped grounds in the center of Tecumseh. The rectangular building has a raised white colored stone basement.  A variety of materials adorn the courthouse including cherry red St. Joseph brick and Nemaha County limestone, which is variously rough cut, smooth, and also carved. The building has porticos on the north, west and south sides with three brick pillars on the first story and six thin columns on the second story, rising to a pediment. The corners on each side project from the building and have pediments with small black colored domes. On the center of the building is an octagonal cupola with Corinthian capitals, elaborate bull’s-eye windows, steep dome and small cupola at the top. In the interior the hallways cross beneath the dome. On the first story is the Commissioners’ meeting room. Original features include pressed metal ceilings in offices, some fireplaces, wood floors in halls, oak counters, woodwork with bull’s-eyes and other carving and some decorated door hinges. Wainscoting is used below double-hung wood frame windows and in halls, where is it painted. Stairs to the second story are only at the south end of the building. The large district courtroom is located on the second story and occupies the entire north portion beyond the center of the building. The building houses the District Court and County Court of the 1st Judicial District. The architect was William Gray of Lincoln and the contractor was W B Schmucker of Falls City. 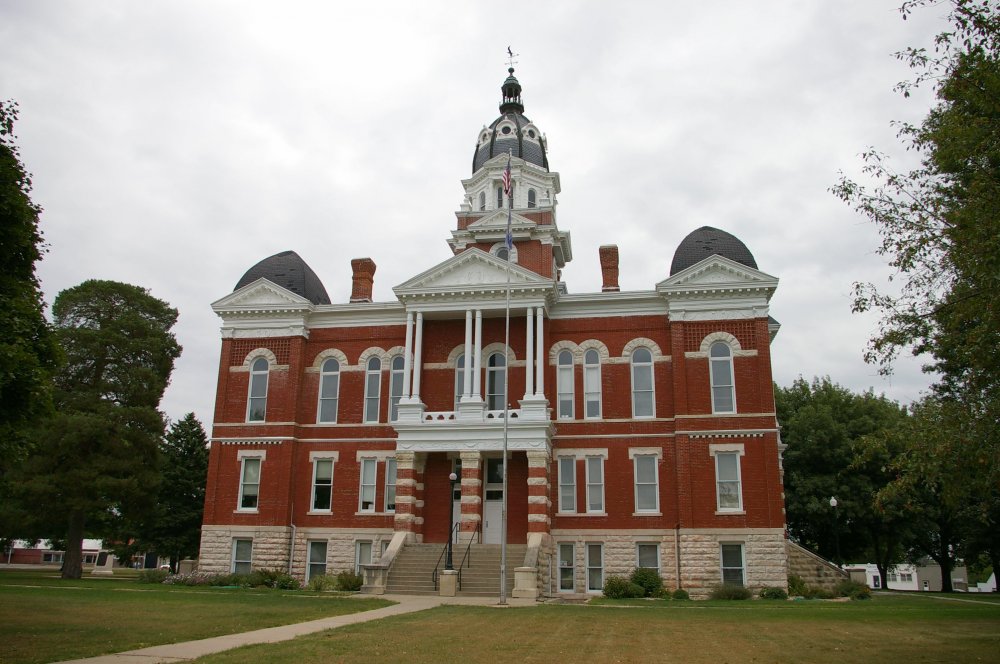 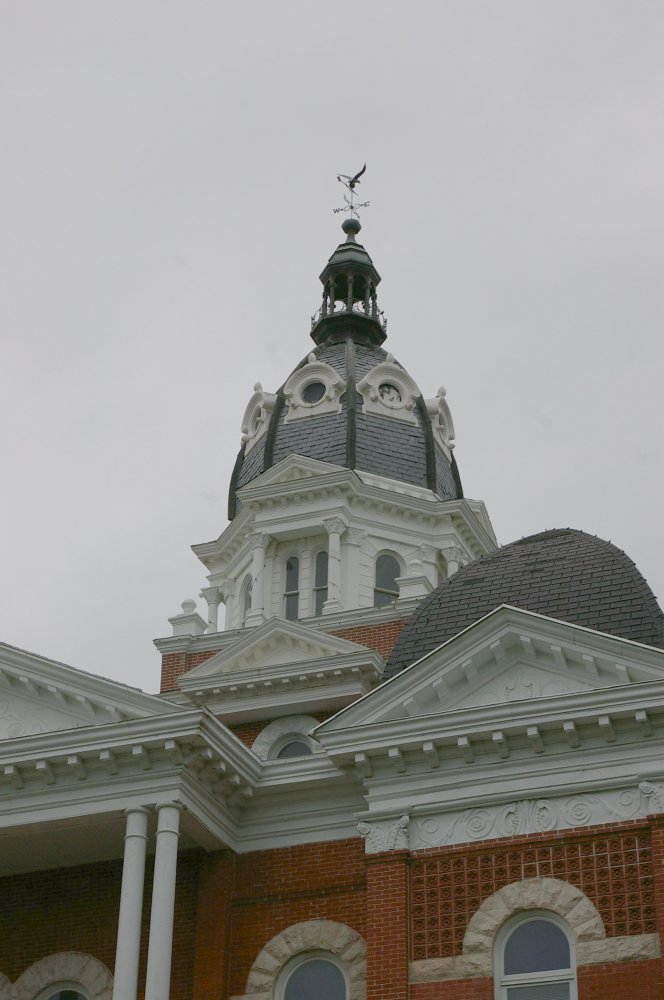 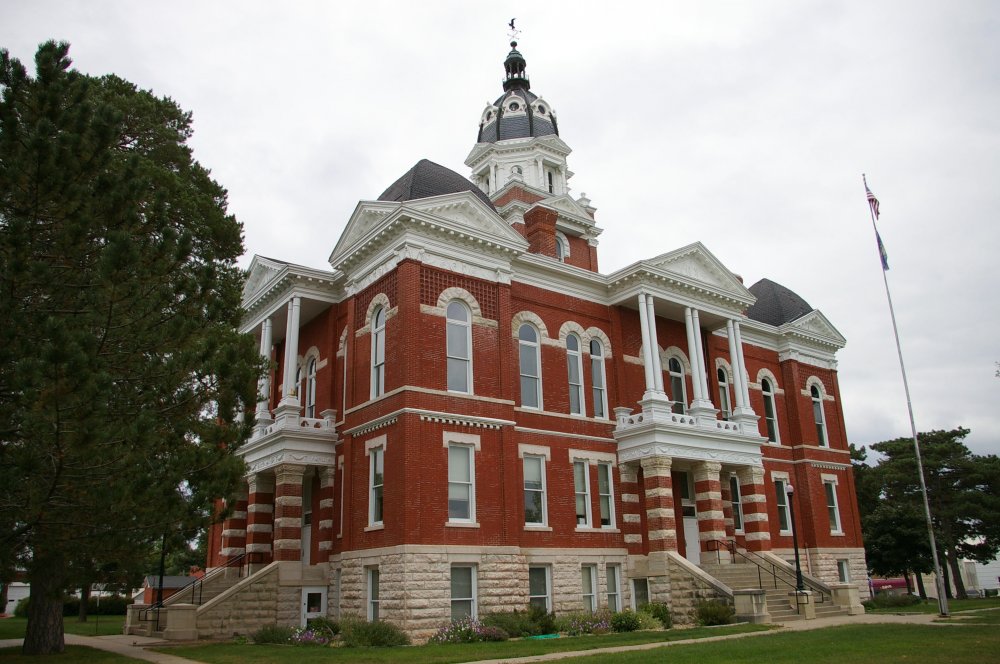 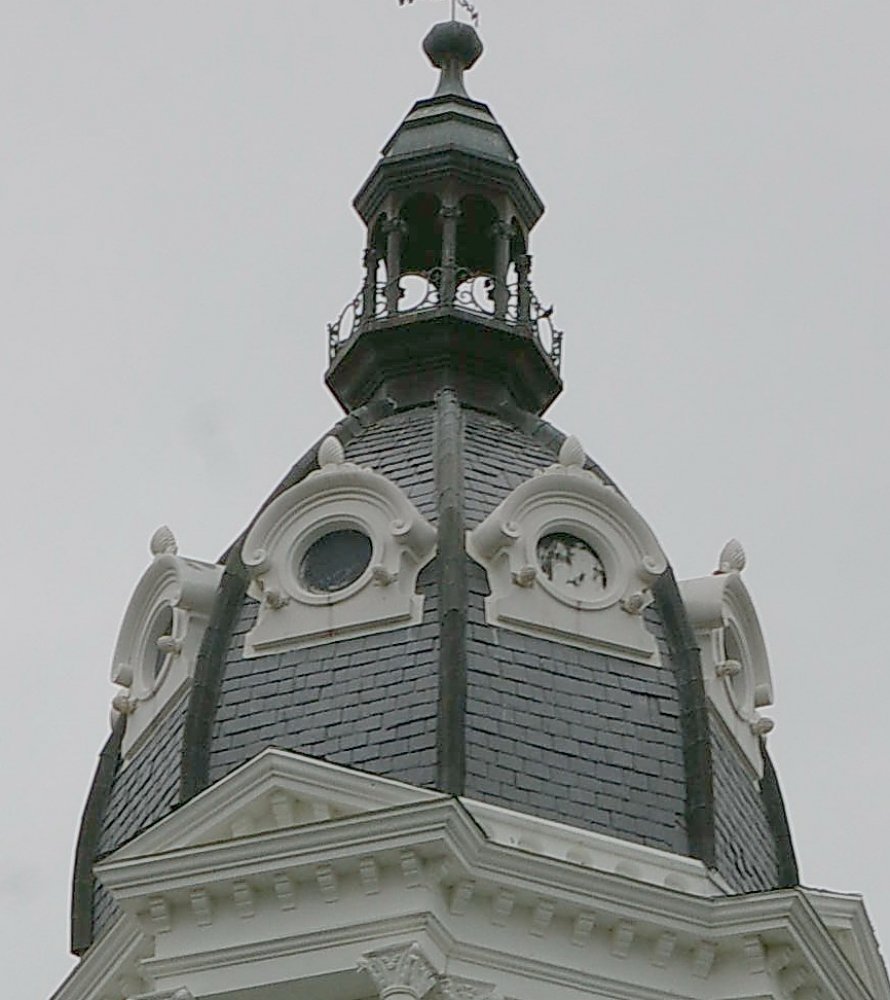 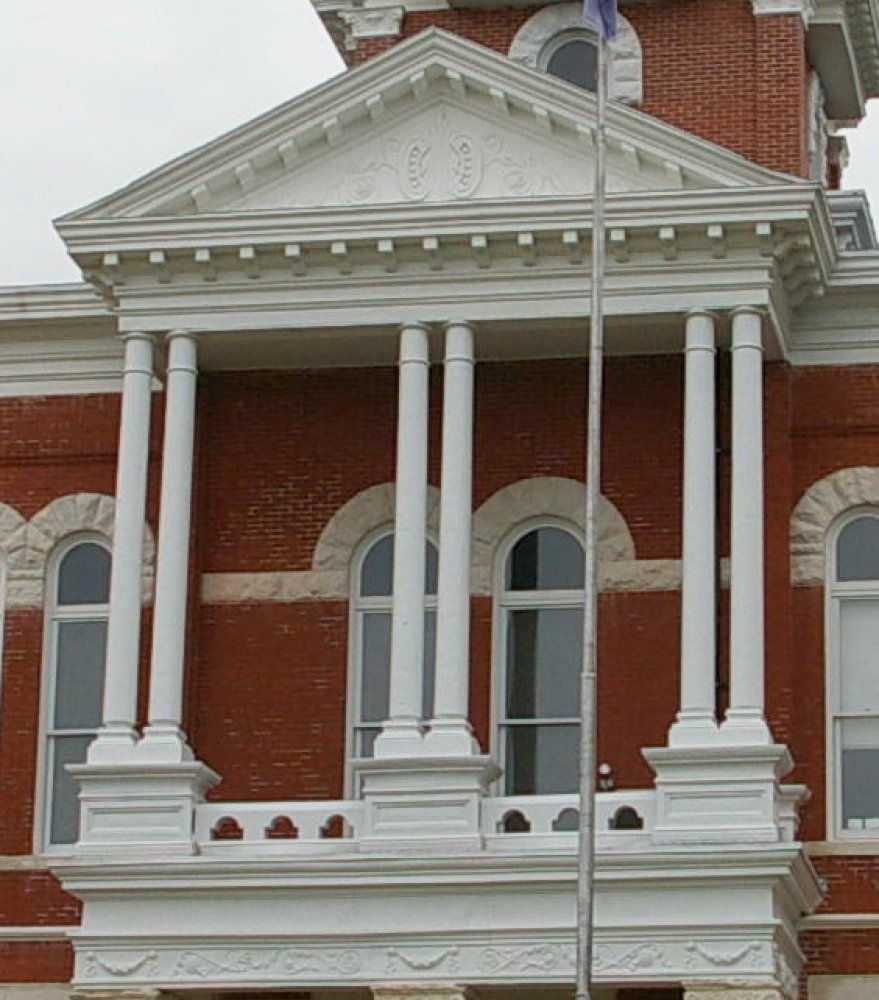 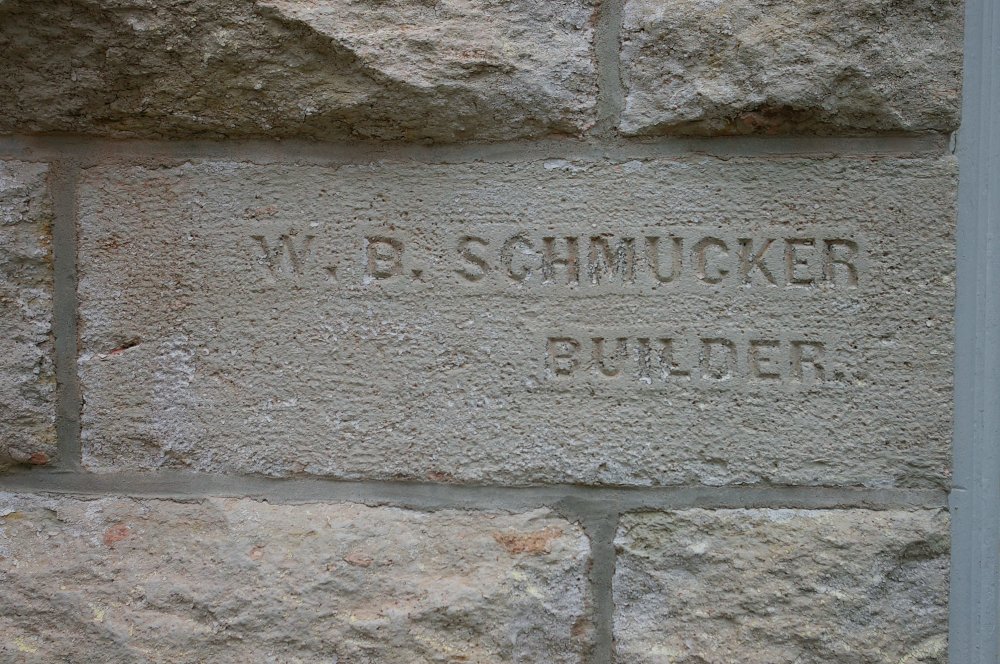 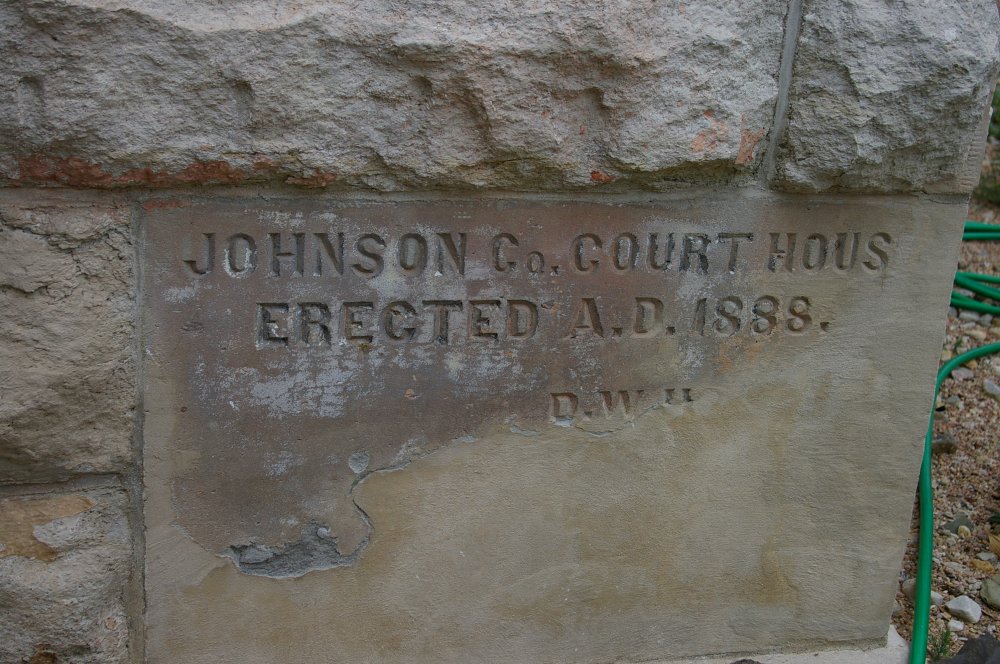