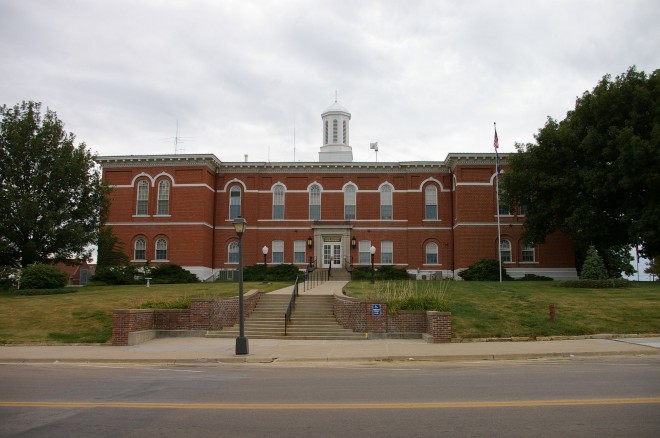 Otoe County is named for the Otoe Native American tribe which is derived from “oto” meaning “lovers of pleasure”.

Description:  The building faces north and is a two story red colored brick structure. The building is located on landscaped grounds in the center of Nebraska City. The east and west wings of the rectangular shaped building project from the main building. There is a rubble stone foundation finished with a rough ashlar face. The second story windows are arched and these windows feature a stone string course which forms the arch, and connects the springing lines of all the window arches around the perimeter of the building. The first story central entrance is framed with white colored stone. On the center of the roof is a high octagonal white colored cupola. The roof line is flat. The courtroom is located on the second story of the east wing. The building houses the District Court of the 1st Judicial District and County Court of the 2nd Judicial District. Wing additions were constructed in 1882 on the west side and in 1936 on the east side, creating an “H” shaped building.

History:  The county was created in 1855 and Nebraska City was selected was the county seat. Court was held in a log cabin and rented premises above downtown stores. The first and present courthouse was constructed in 1864 to 1865 at a cost of $22,500. 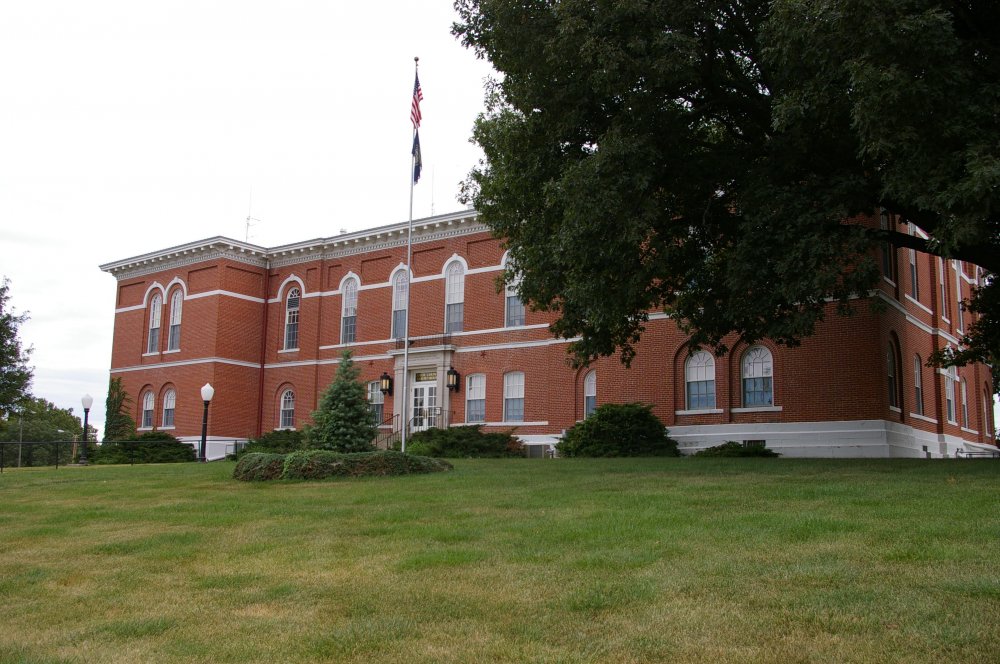 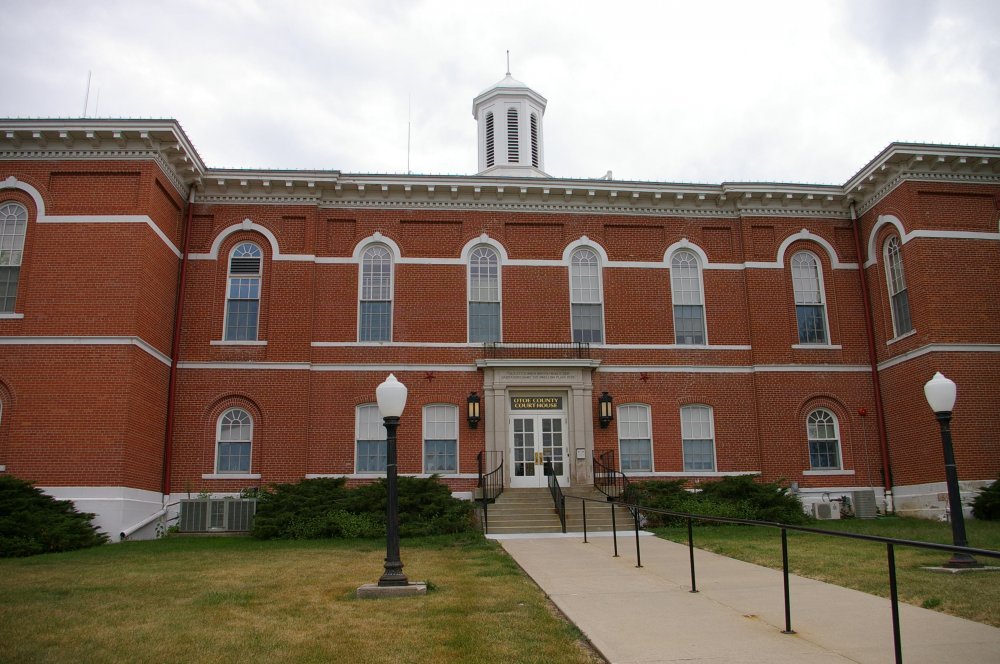 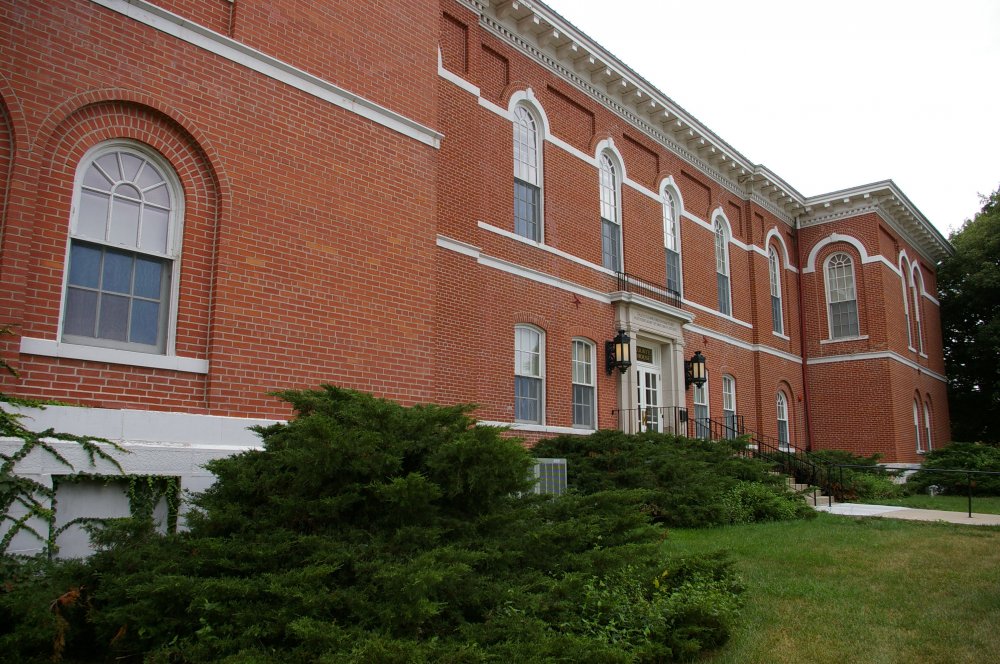 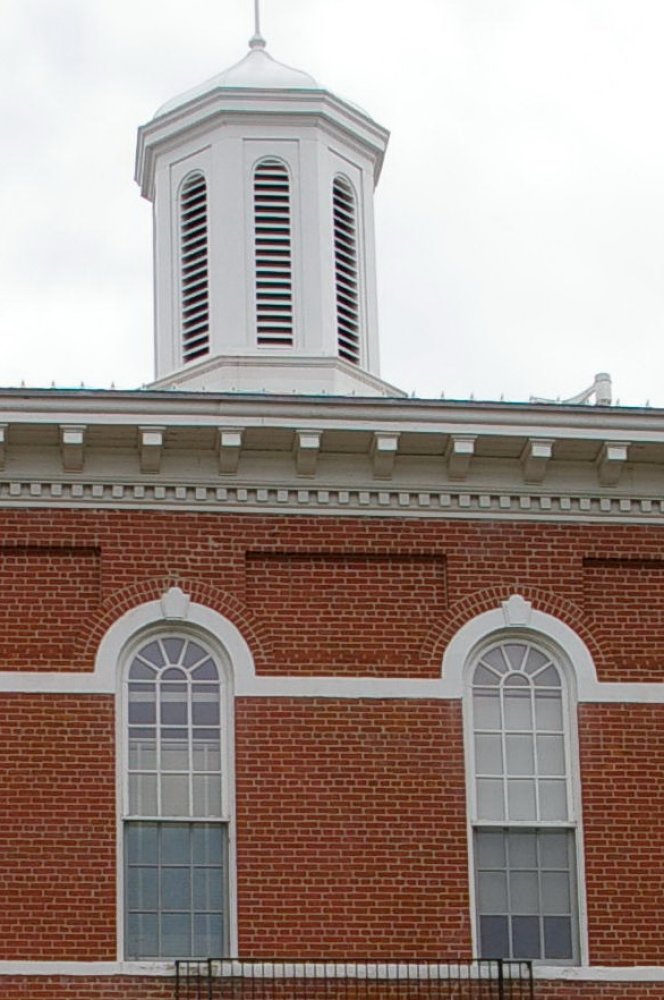 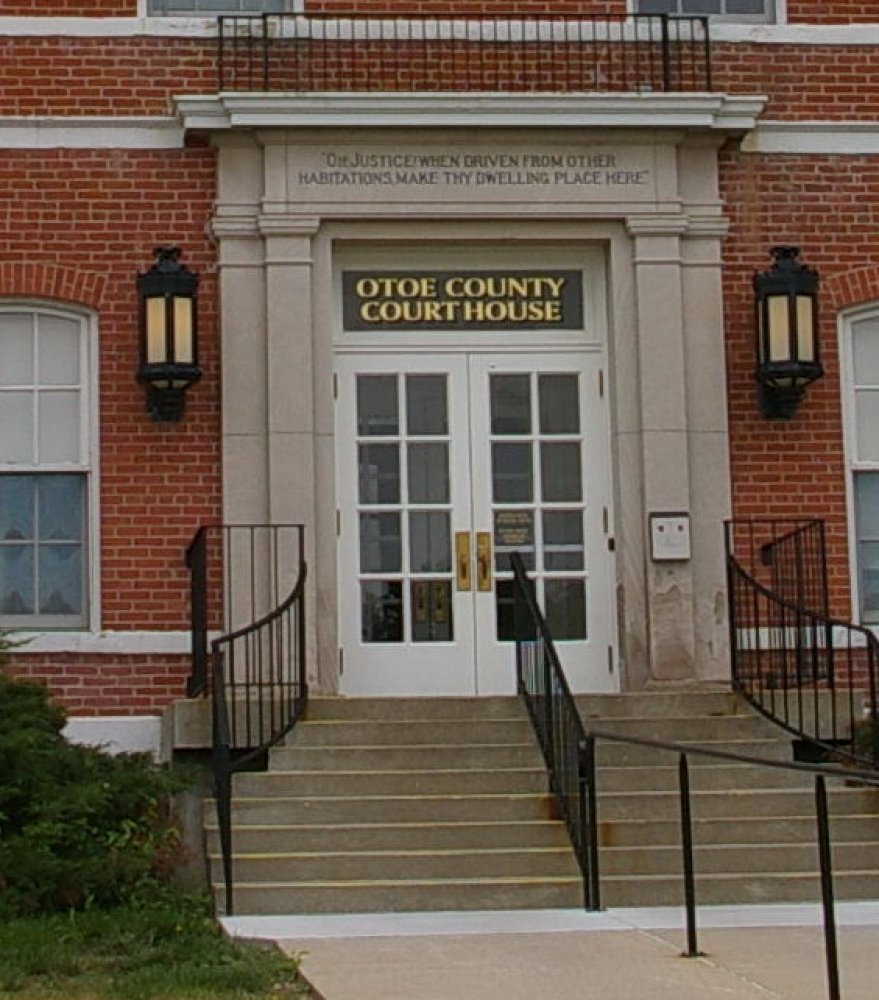 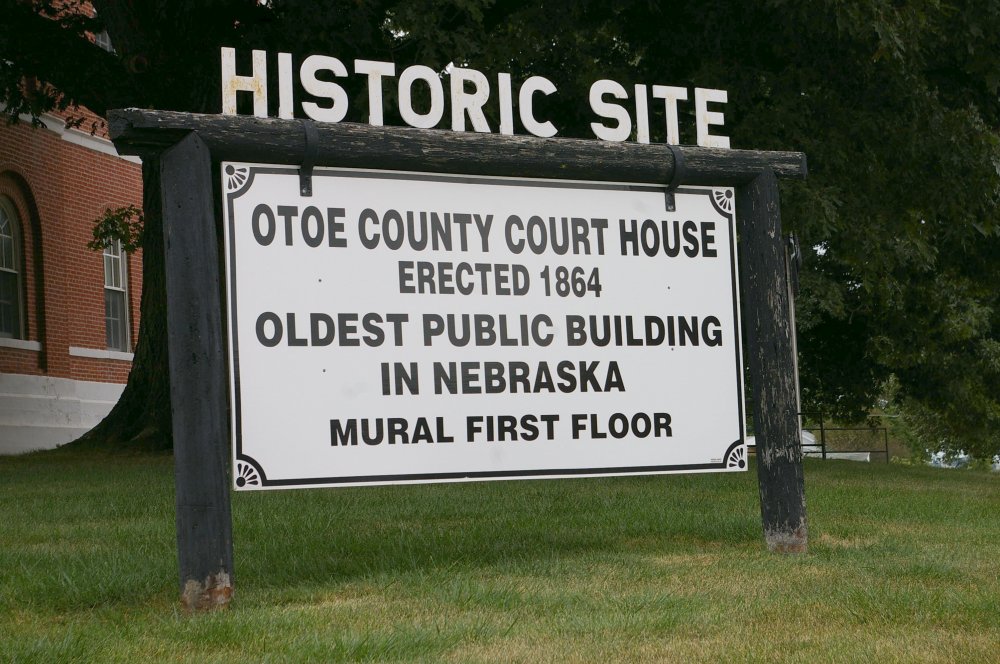