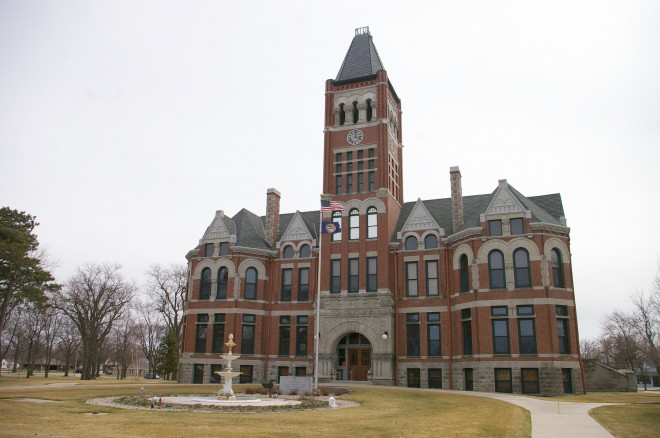 Fillmore County is named for Millard Fillmore, who was a President of the United States of America.

Description:  The building faces north and is a two story red colored brick and limestone structure. The building is located on spacious landscaped grounds in the center of Geneva. The north front has a high square brick clock tower rising above the arched stone entrance on the first story. The clock tower rises 125 feet and has its original slate roofing, which is a flat-topped octagonal pyramid surrounded by a simple balustrade. The east and west sections project from the main building and have stone trimmed arched windows on the second story. The foundation is rustricated limestone in a slightly battered wall, while the roof is an asphalt shingled hipped roof. In the interior, a large hallway runs through the center of the building in an east-west direction and widens at the main entrance vestibule in the center. Large stair-halls on both the first and second stories are at either end, opening to the south of the main hallway. Offices open off the hallway north and south on both levels except on the second story where the large district courtroom occupies the central section of the building south of the hallway. Notable interior features include the borrow lights between the court offices and the second floor stair hall, large frame Romanesque arches in the main floor hallway and a profusion of pressed metal wall and ceiling coverings (added in 1916). The pressed metal work is nowhere more evident than in the district courtroom where three different designs are used for the ceiling, walls and wainscot. The building houses the District Court of the 1st Judicial District and County Court of the 10th Judicial District.

See:  The architect, George E McDonald of Omaha, Nebraska designed courthouses in Kansas in Elk County; in Missouri in Andrew County, Bates County, Johnson County and Lawrence County; in Nebraska in Nuckolls County and in Wyoming in  Niobrara County.

Note:  The courthouse was modeled after the courthouse in Gage County. The clock in the tower was installed by W P McCall, a Geneva jeweler, in 1909. 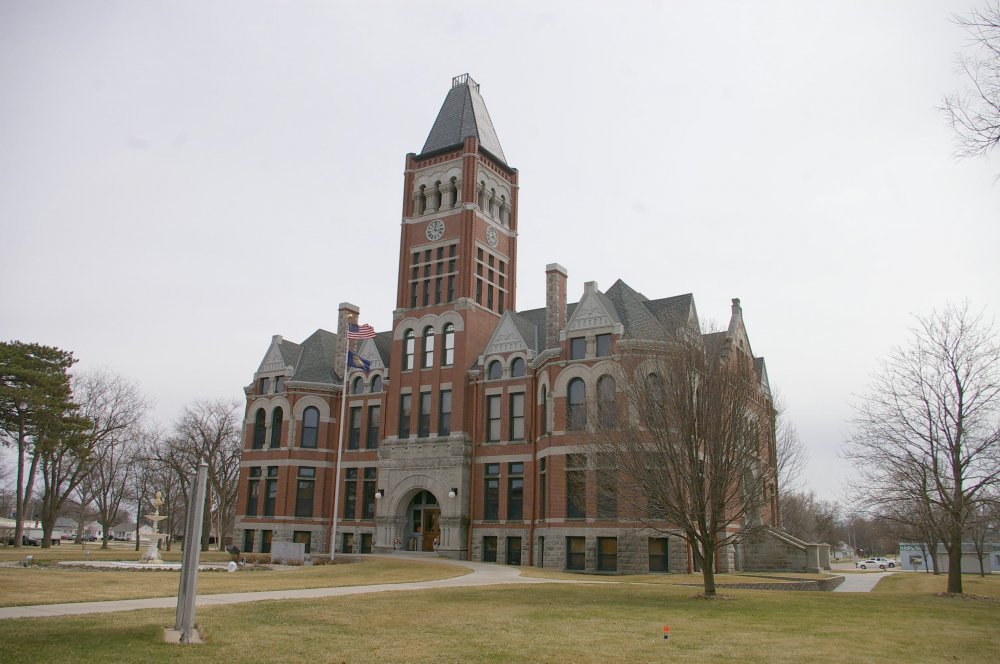 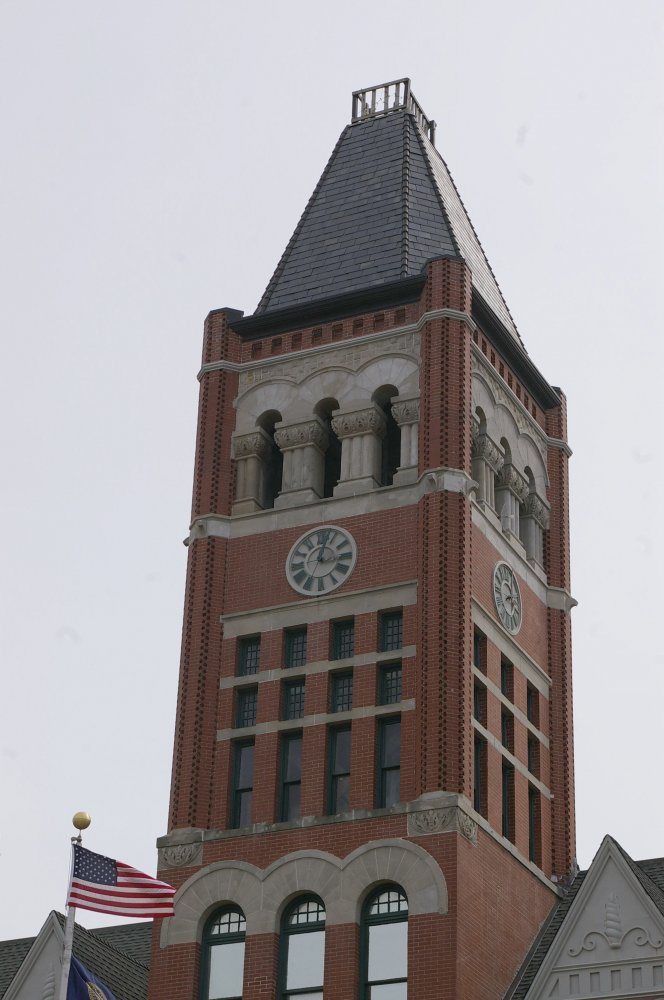 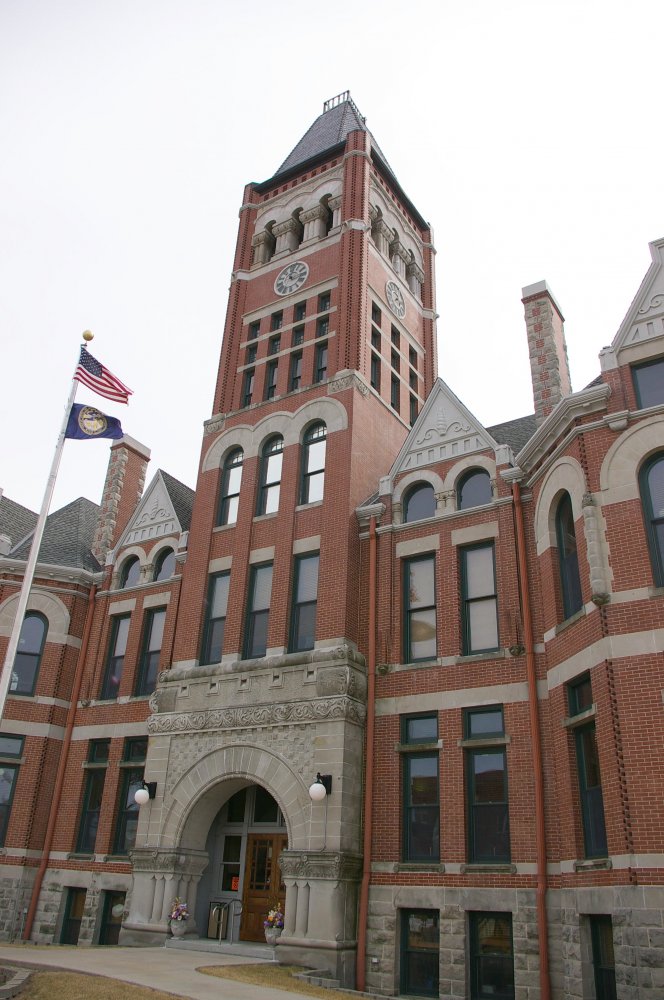 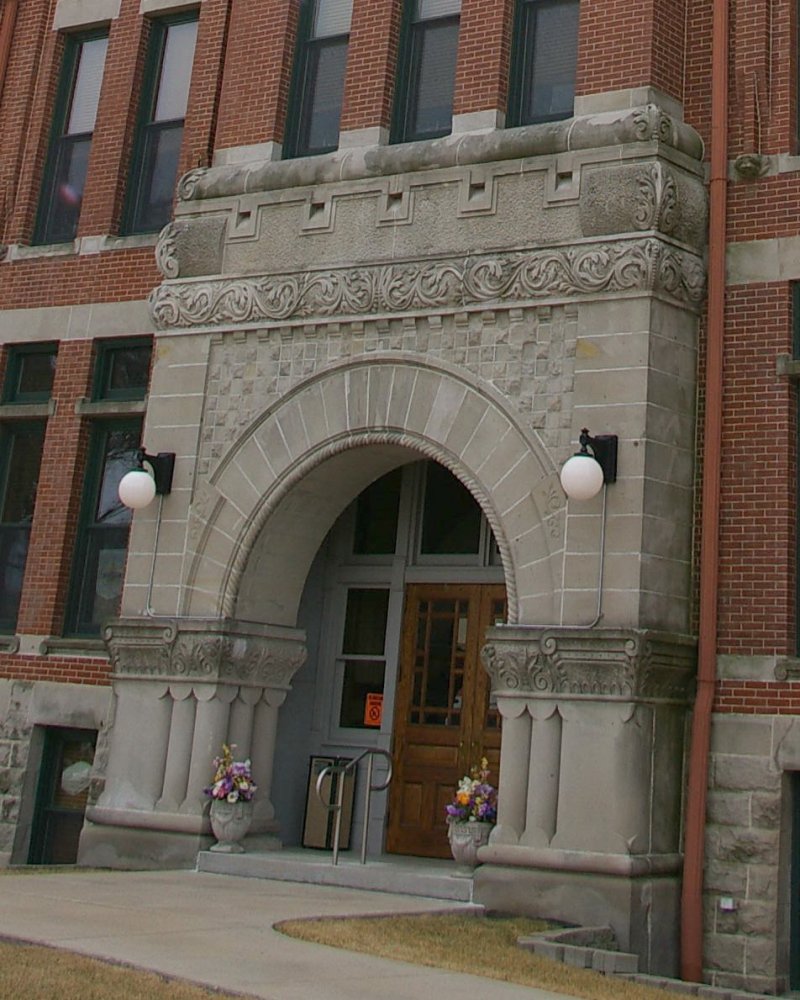 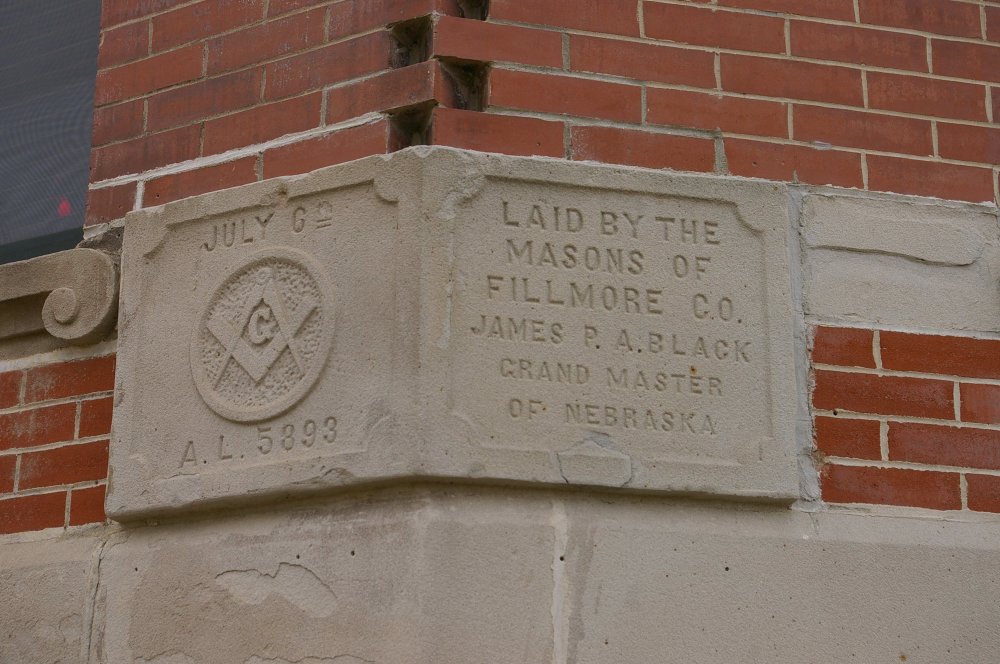 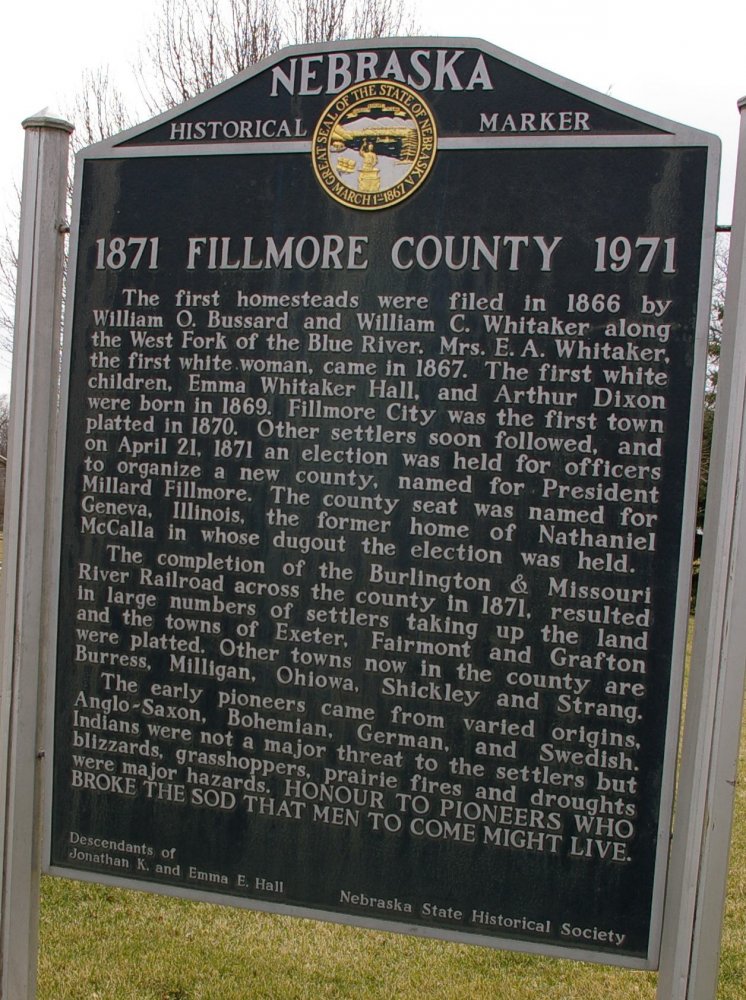